With Ill-Suited For The Pleasantries opening in just a little over a month, I have several pieces that I need to 'push forward' in the next couple of weeks.  Somewhere around the middle of the month, I will need to asses which works can be brought to some kind of acceptable resolution, and which ones will need to go on the 'back burner' until after the show.

Relative Location Redux is one of several painted constructions that I am pushing towards completion.  I've already laid down a 'haze layer' and now it's time to start doing some line work for what I hope will be the final layer of imagery.

I dug this face out of an old sketchbook from around 2006.  Nearby was written the name Ernst Ludwig Kirchner.  At this point, I'm not sure how directly/thoroughly this face was borrowed/appropriated from Kirchner/The German Expressionists, but if you click on these two links (Kirchner Images and German Expressionism Images), you'll see that my studio work is heavily indebted to both of them.  Why? Because they rock and shock and tick and tock.  That's why. 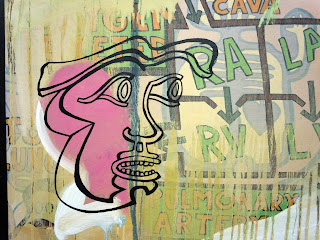 A repeat of the multiple feet/Trojan Horse motif seen in some of my earlier works. 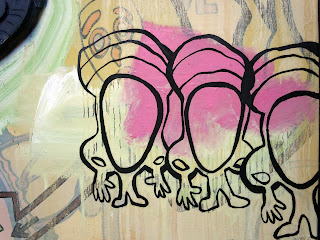 I want to put a face/mask image in the center of the pink circle, but I also didn't want to drag my hand through wet paint, so I'll wait before it dries to add anything else. 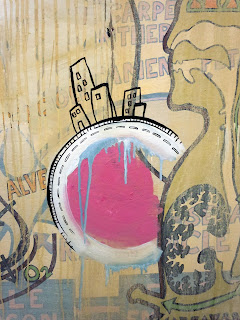 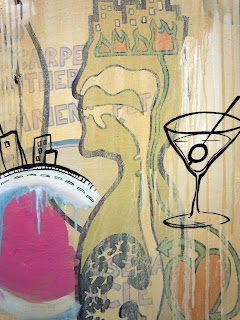 Now it's time to start adding/filling in color. 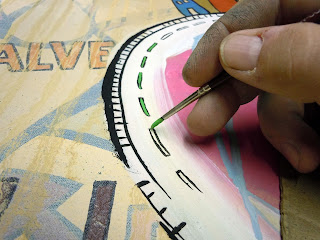 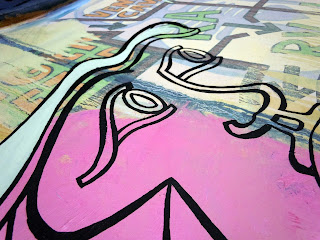 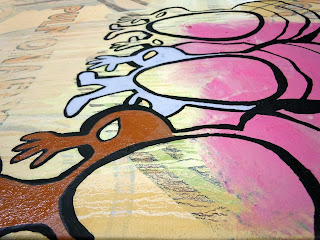 The trio will also get full-fledged faces once this first 'installment' of color dries (in about 3-5 days). 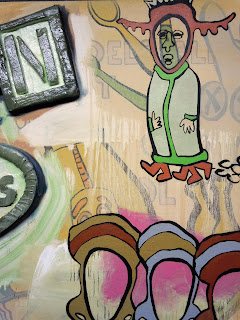 The sign, which is a constructed element adhered to the surface, will get a darker green/black mixture once this initial layer of lighter green dries. 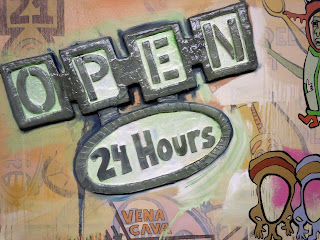 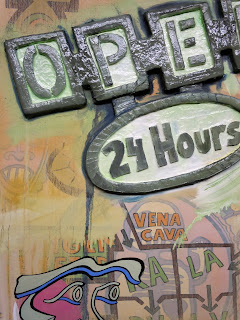 This is the progress shot at roughly 50% done. 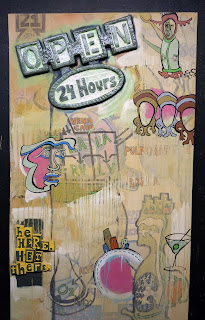 I hope to get Relative Location Redux completed within the next two weeks.  We'll see how that goes.