Roadside Attraction. Mile Marker #148: The Road Out Of Town

Back in March I was working on a series of ceramic pieces that I abruptly had to walk away from because of the lock down/quarantine.  I was unsure if/when I'd ever get back to work on them.  The building in which they were stashed was due for some maintenance, so their survival was not guaranteed.  So basically, I had to write them off as lost and forget about them.  I had a lot of time and energy invested in them, but if they were gone for good, dwelling on that would have reduced my ability to focus on projects I could work on.

Anyway, a couple weeks ago, I was told they were still intact and I was given a limited window of access to finish them up and get them transported to my studio.  Just like that, I put the brakes on what I was working on and spent several days glazing and firing these pieces so I could get them back into my fiefdom.

I documented them as soon as I got them into my studio.  These images don't have anything that resembles flattering lighting, and obviously I need to repaint my studio wall a solid black again to get rid of all of the paint drips.

Two piece fragments being united to form one piece. 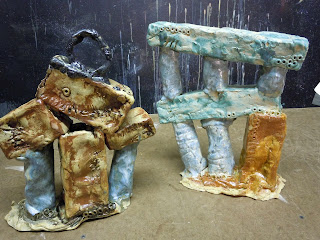 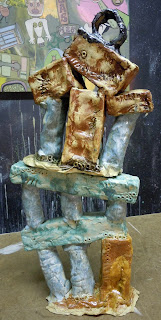 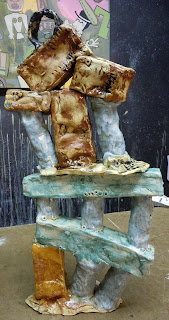 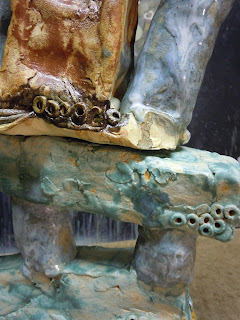 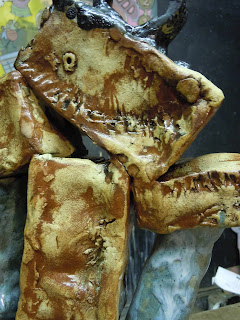 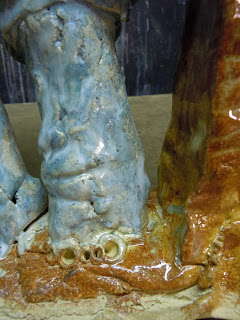 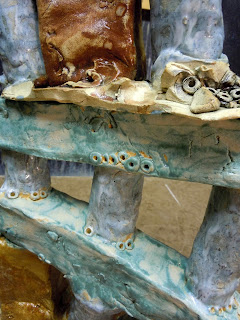 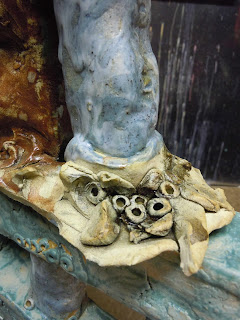 When the dust settles, I will have about 20 pieces to add to my oeuvre.  Several of them as small freestanding sculptures, and a not-insignificant number will be displayed in wooden boxes (with and without accompanying carved panels.

This is just the beginning...

The second and third passes of color(s) for the first layer of Detour Crossroads. 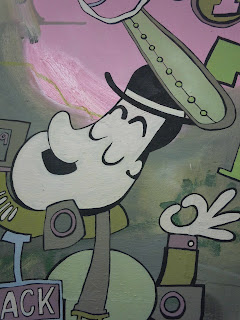 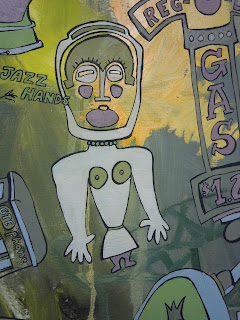 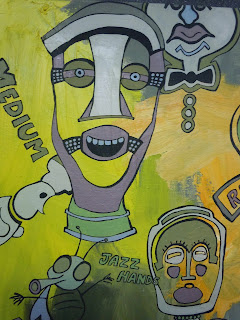 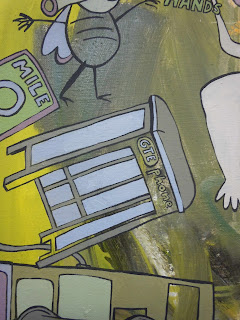 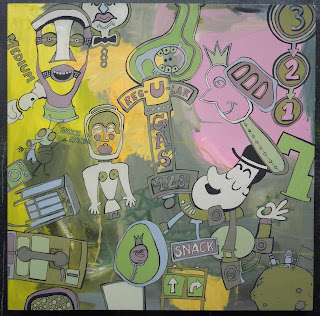 I let this dry for several weeks while I worked on other pieces.  When I came back to it, I hit it with a couple warm tones (a peach and a dull-red color). 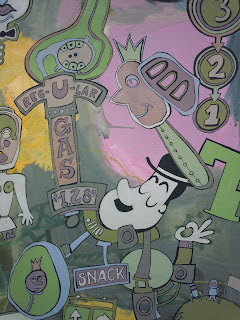 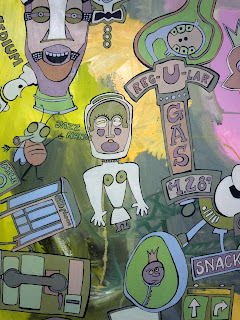 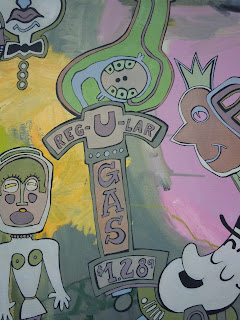 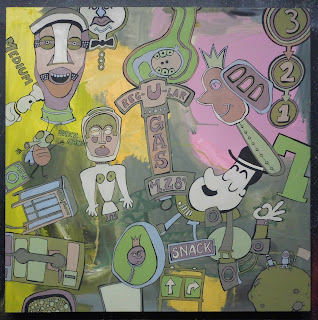 Here's where it stands right now.  Unsure what, if any, more layers I will add to Detour Crossroads.  It's gonna have to sit around and be stared at for a while.

Posted by Steve Banks at 9:10 PM No comments: