Time To Get Serious. The Big Show: Part I.

A while back I came across a beat-up tabletop that was itchin' to become a carving.  last night I decided to take the first steps towards making that a reality.

The first step is to create several sketches of what I want to do.  It is way easier to lay things out on paper than trying to erase on wood.

Once I have a general idea of what I want to accomplish, I tackle the piece itself.  First with pencil, then I go over those lines with a couple Sharpie Markers so I can see the lines while I am carving.  Time to add the characters that will be inhabiting this world/piece. 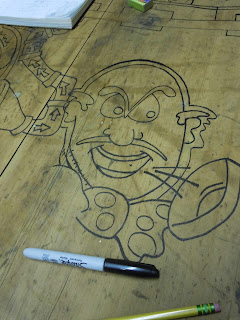 The first of several cameos... This character originally came from the classic board game PAYDAY!  I used him back in 2018 for my piece Mystaphorical Parfait in Pop Culture Palimpsest.  Here is a detail of that piece, AND a detail of the detail, so you can actually see what I am talking about. 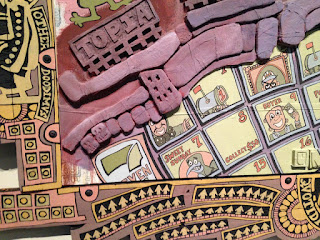 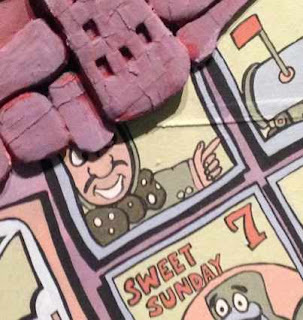 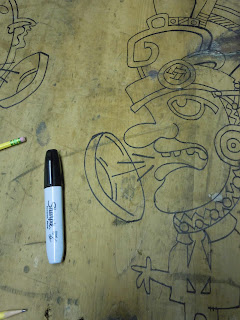 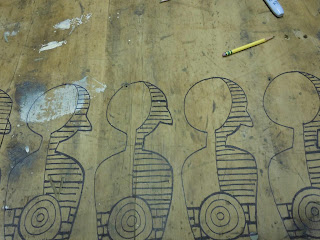 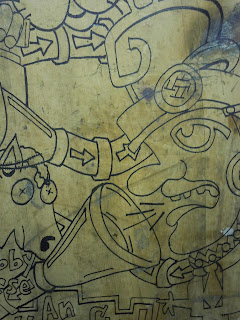 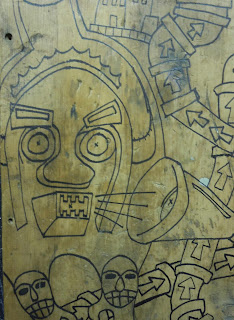 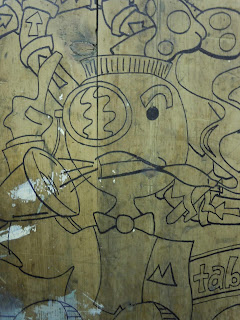 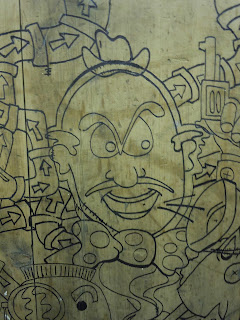 This rabbit originally appeared in Relative Location Redux back in 2014.  He's ready to get back out into circulation, without his goggles this time. 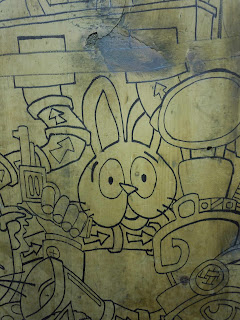 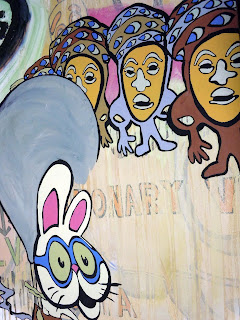 The same can be said for this devil dude. 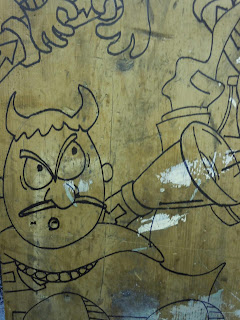 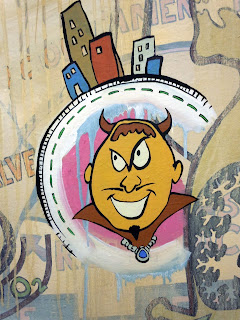 Both of them appeared in Relative Location Redux. 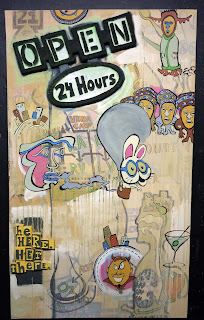 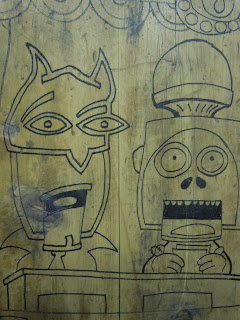 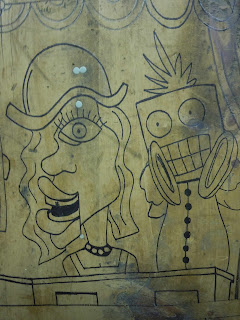 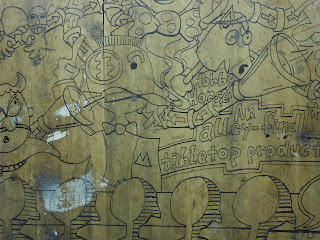 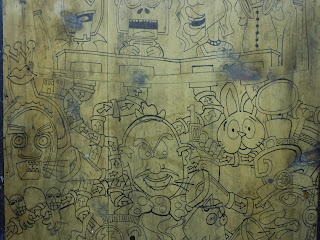 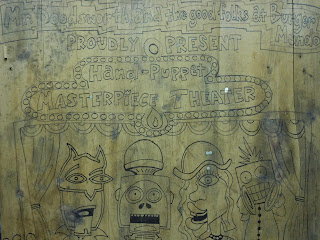 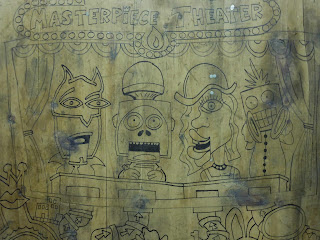 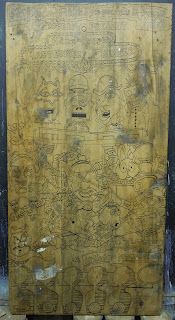 I've need to clean off my carving table before I can dive into the carving portion of the show.  Since I am not known for my love of cleaning, it may be a while before I post any progress pictures...
Posted by Steve Banks at 12:08 PM