Various little tidbits from different endeavors in the studio. 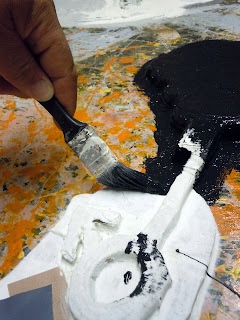 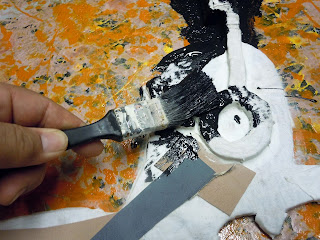 Part of a daytrip to Millenium Park in Chicago to see Anish Kapoor's amazing sculpture Cloud Gate.  I've included a handy arrow to point out where we were standing when the photograph was taken. 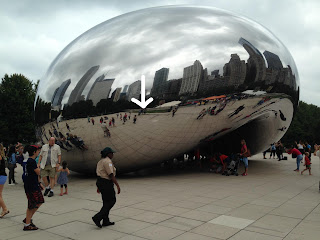 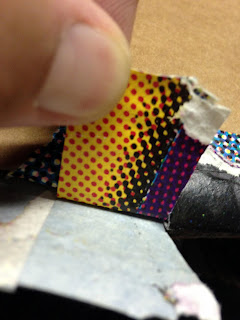 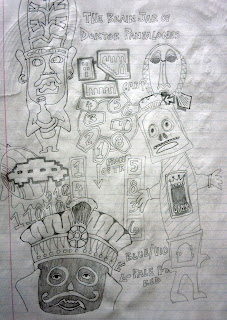 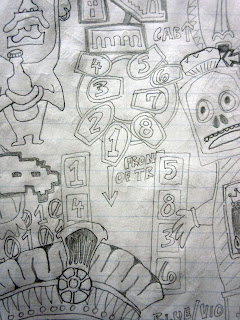 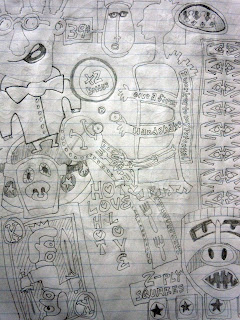 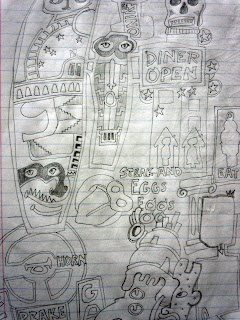 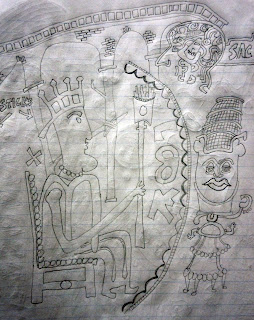 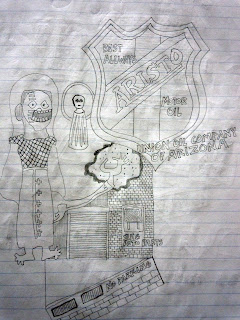 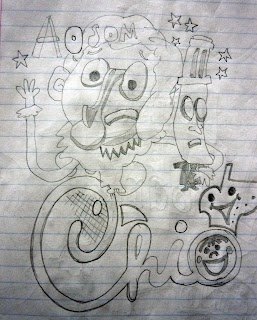 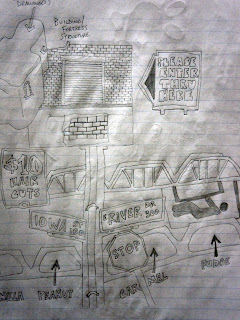 The face on the dude on the left side of this image was drawn while I was sitting at friend's house this past Summer.  I saw this figure in the pattern in a pillow on the couch.  This is what I saw, not what was actually there.  Once I got closer, I was actually drawing some flower pattern upside down.  You never know from where an idea will come. 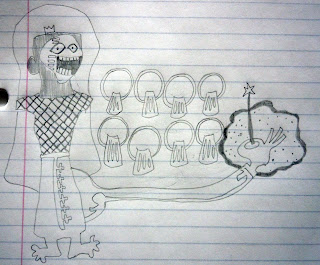 The beginning of a canvas. 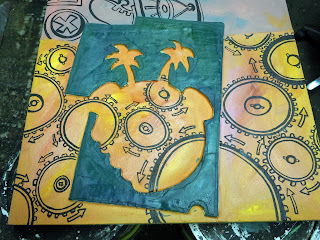 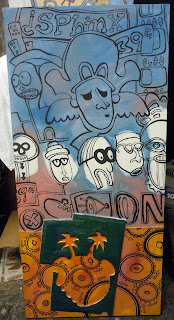 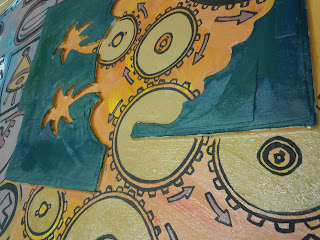 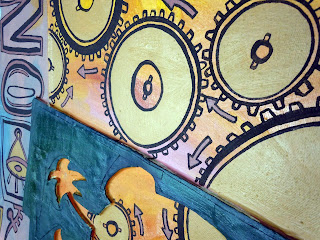 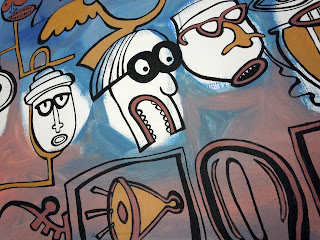 Miscellaneous studio shot of a bunch of my paint pallets. 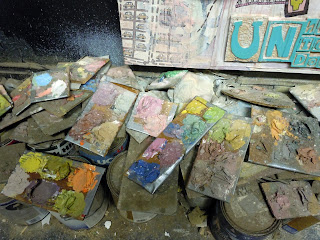 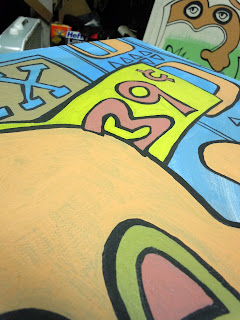 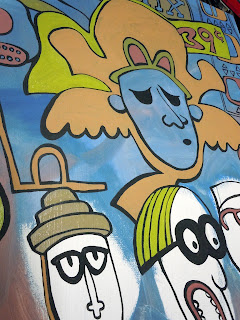 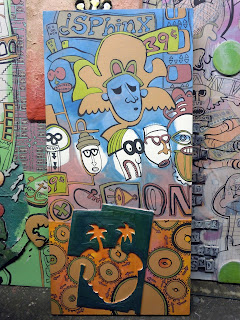 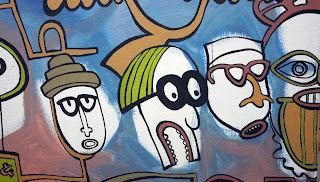 About a year ago, a friend of mine and her family relocated to the East Coast.  She gave me several of her canvases to work on and/or re-work since she didn't want to move them.  I have been using the canvases to attach/adhere some of my relief sculptures to.  They are combinations of mixed media figures and carved wood elements (predominately carved letters).

This body belonged to a figure that I created maybe 10 years ago, but for which I never found a use.  So I cut off the head with a handsaw and attached this newly carved/fabricated face. 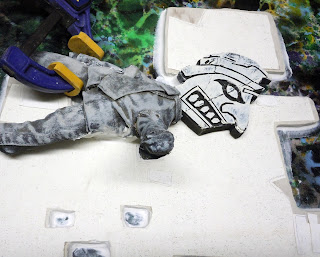 This was part of the head that I cut off from the body in the previous picture. 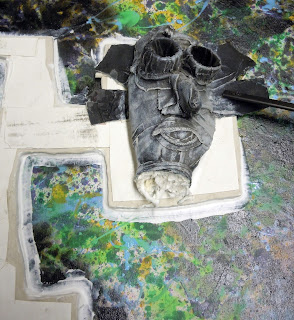 I will close with naughty.  This past week I had several things I should have been doing in the studio instead of making this 'naughty figure'.  For reasons I cannot begin to articulate, the creation of a goofy figure with the word 'naughty' flowing out from it totally captured my imagination, and therefore demanded my total attention. 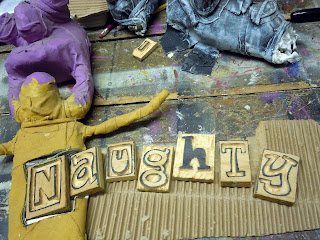 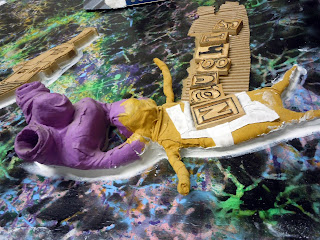 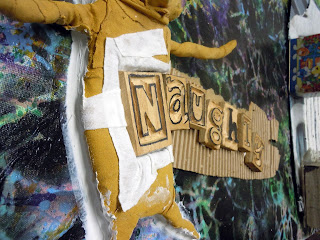 More on some of those sculptural relief elements attached to canvas I when I post Grab Bag of Progress:  Part X.
Posted by Steve Banks at 3:07 PM