Sometimes I will just put some marks (or objects) down on a canvas to serve as a starting/departure point to facilitate diving into working on a piece -to kind of jump start the process.  It's almost like seeing shapes in clouds as they drift overhead.  Just a few marks can help generate an idea for where I can take the piece. 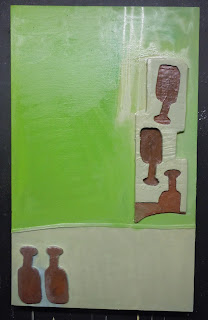 Unless the piece in question is Bottles -in which case the objects on the surface have stumped me.  Since no direction immediately suggested itself, I set Bottles off to the side and pursued other projects (one of the benefits of working on multiple pieces simultaneously).  Just recently have a I had a few glimmers of inspiration on how to proceed. 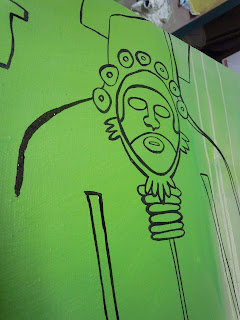 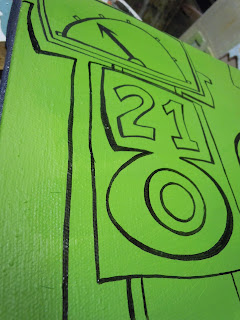 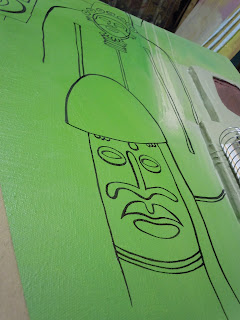 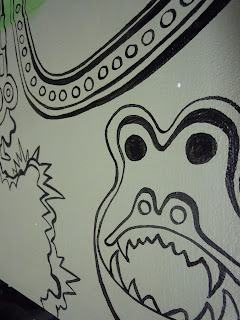 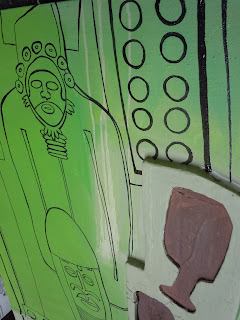 As the image exists right now, I will have some long expanses of unbroken color.  From past experience(s) I know this is not an optimal situation for my base layer.  I need to paint in some colors, and then I will add these three faces on top after everything dries... 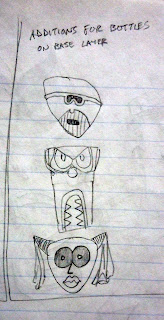 ...or maybe I'll add something underneath of the bands...?

Let's get some color in there. 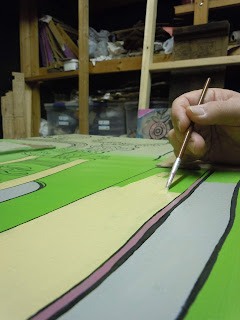 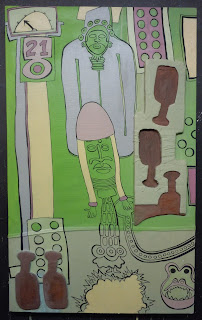 Going back to that part about adding something underneath... 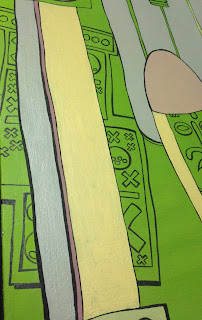 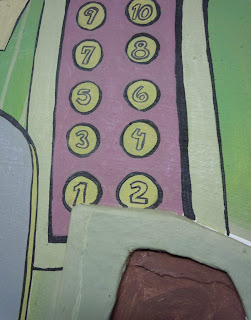 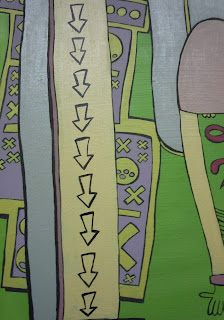 You may note that I added arrows to that band instead of those faces.  I think I will save them for a different layer (or maybe even a different piece). 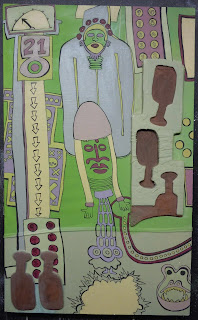 Let's see what this piece looks like with some more color added. 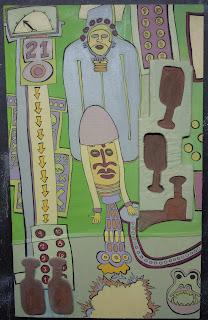 Time for the color wash layer... 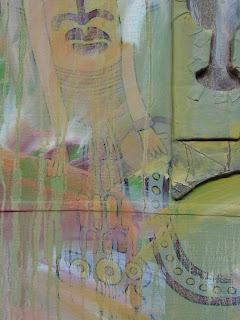 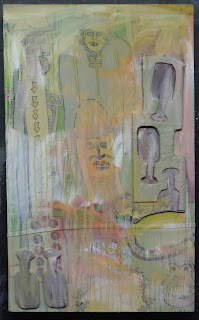 Next time we look at Bottles, I'll be starting the second layer of imagery, and hopefully will have developed a catchier title.
Posted by Steve Banks at 6:39 AM