The Geometry of Nature. The Rat Man Strikes Again!

Between now and the end of October, I can't encourage you enough to go to the Bickelhaupt Arboretum (LINK to arboretum) in Clinton, Iowa to check out Terry Rathje's latest one-man show, The Geometry of Nature.  I've seen Terry's work in several venues, and hands down, this is truly the most inspired environment in which to experience Terry's work. 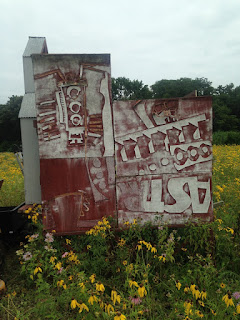 This panel has been weathering nicely! 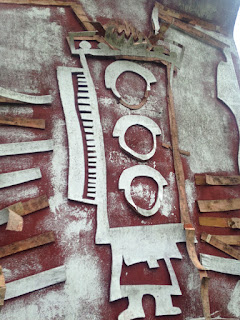 Behind the panel, a toad had made its home.  It was safely relocated prior to any further disassembly. 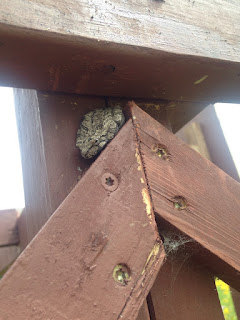 Right before we loaded it up, Terry put the finishing touches (burn, baby, baby) on his piece Environmental Sound Sculpture. 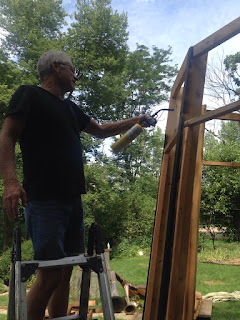 It took us a few trips to haul the show, but the day was nice and the roads were clear.  We staged the components of the pieces in the parking lot prior to installing them throughout the arboretum. 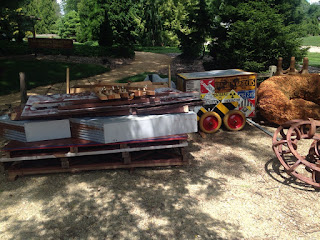 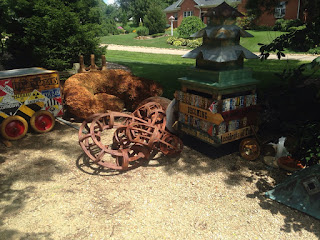 This is Roadside Attraction in its new (temporary) home. 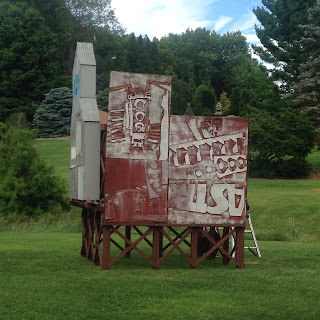 One of Terry's newer pieces, Bulbous, is a sweet bit of engineering (and sanding!).  Frequently Terry allows his viewers to see both the exterior and the interior of his pieces (sometimes you can even physically journey into his pieces).  Bulbous is much more of an exterior experience with interior barely see-able. 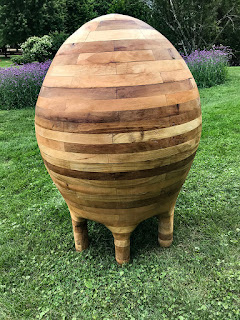 One of my personal favorites, Mute Evidence. 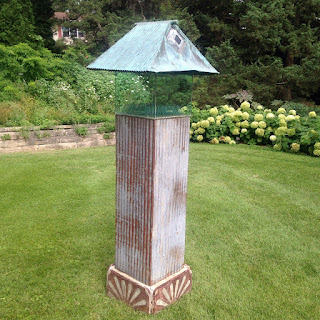 You can just barely see where the weary traveler bunched up some long grass to make an impromptu shelter for the evening. 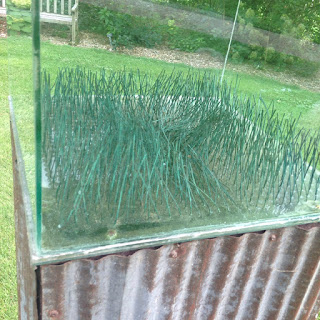 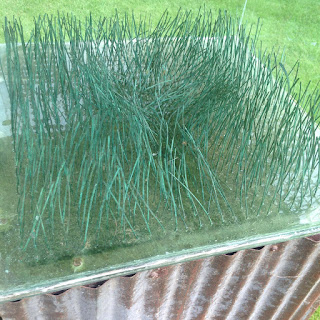 Apploid!  Another one of Terry's new works, Apploid gives you both an external and and internal viewing experience.  Not only is the sculpture cleft lengthwise so you can see inside, but it also has two worm holes to peer through the sculpture at its surrounding environment.  Go ahead and peek inside to get a glimpse of the interior space (and construction method).  You will be rewarded for your efforts. 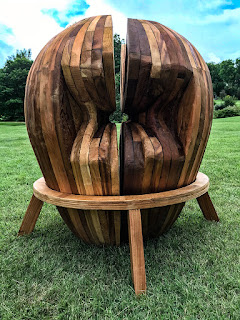 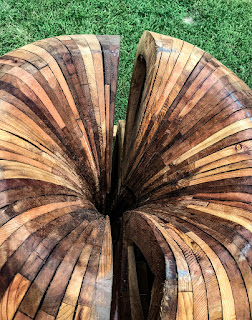 Here's his piece Environmental Sound Sculpture that I showed you earlier.  The piece uses the power of the wind to generate sounds.  There is a procession of bells on the outside, and inside is a small orchestra of modified instruments ready to capture the wind and translate it into sound(s).  It's Terry's latest piece and a pretty robusto tour-de-force of the Terry Rathje aesthetic/experience.  There was a brutal wind storm (derecho) that swept through the arboretum in early August.  Both Terry and I wondered what an amazing experience Environmental Sound Sculpture had to be during the storm.  It had to just be singing! 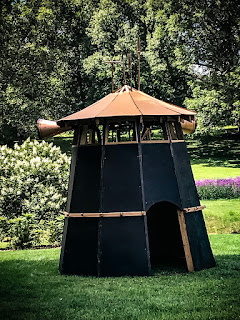 Spirula just keeps getting sexier and sexier the more it ages.  Terry keeps it outside, so for over a decade now, the piece is getting more and more weathered.  But it's not just weathering taking place,  mosses are starting to grow on the piece as well, so it is beginning to transform.  In Terry's words, ..."it is being painted with time...". 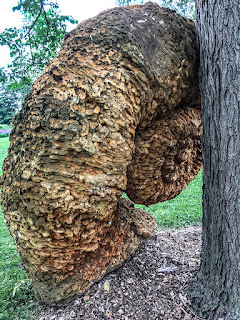 This is just a sampling of what you will get to experience in The Geometry of Nature out at the Bickelhaupt Arboretum.  There are several other pieces that I haven't even mentioned such as: The Migratory Road, Toroid and Hemispheres, What Seams Like The End Might Be A Beginning, and Terry's iconic, The Way, to be found, seen, and enjoyed.  The pieces have been placed all around the arboretum, so it will take a little bit of effort to hunt them all down.
The arboretum is open everyday from sunrise to sunset.  Don't miss it!