Just the earliest of the early stages on this piece.  Laying down some color and lines of movement from which to build the rest of the image. 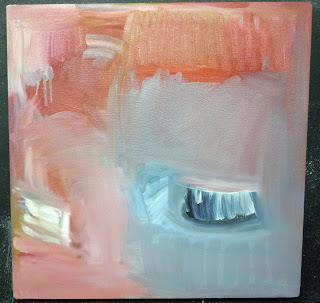 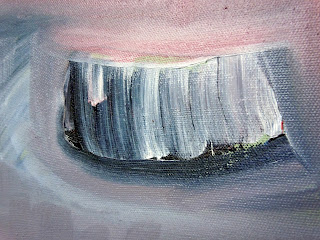 Hopefully, a second wave of color(s) will give me something to riff off of.. 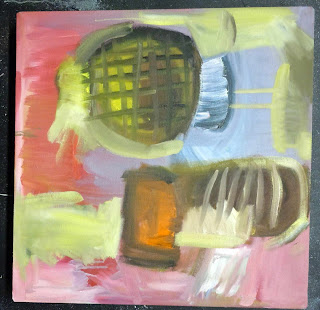 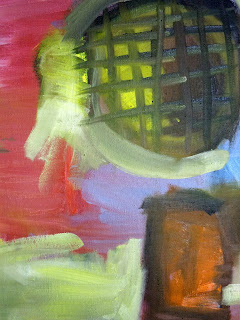 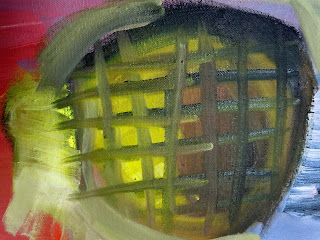 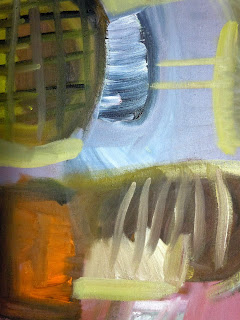 The second layer of colors was enough to help generate some ideas.  So after the peice hung out for about a week to dry, I added some line work to it. 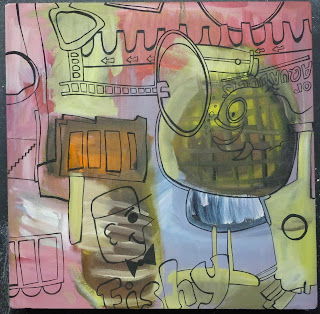 Now let's hit this with some color so that first layer can visually solidify.  In its current state, it's hard to distinguish from the background. 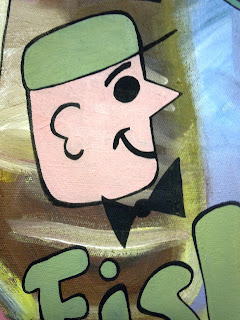 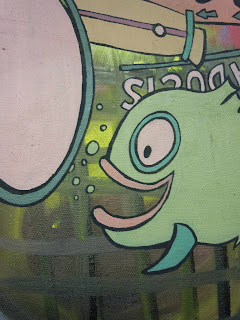 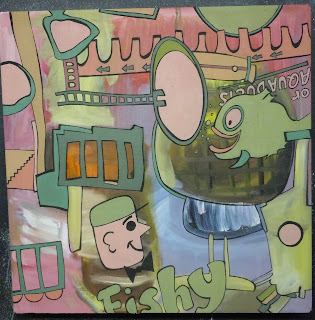 The working title of this piece is Fishy.  I'll get a better sense of what it will become (and perhaps a better title?) once I start its second layer of imagery.  But for today, it's Fishy.
Posted by Steve Banks at 5:12 PM