On To The Next Thing: Text Is A Four-Letter Word

Minus a two-day conference about sustainability at Saint Ambrose University coming up at the end of this week, the next 'show' out on the horizon is 'Text Is A Four-Letter Word'.  The show will be at MidCoast Gallery West and feature the work of Terry Rathje, Heidi Hernandez, and me.

I have a bunch of pieces started and I have no idea how many will be completed between now and the end of April.  The opening reception is Friday, May 2nd, and it coincides with Gallery Hop! in The District Of Rock Island.

I think this piece is going to be called Hemisphere.  I have a long way to go to finish by the end of April.  It's kind of an outside chance that this one will be done in time based on the complexity of the ideas I have for it. So far, all it has are the remnants of an earlier maze piece that was on the surface back when the piece was part of a triptych called Supermodel.  That was back in 2005.  It has sat in my studio oinking up space ever since. 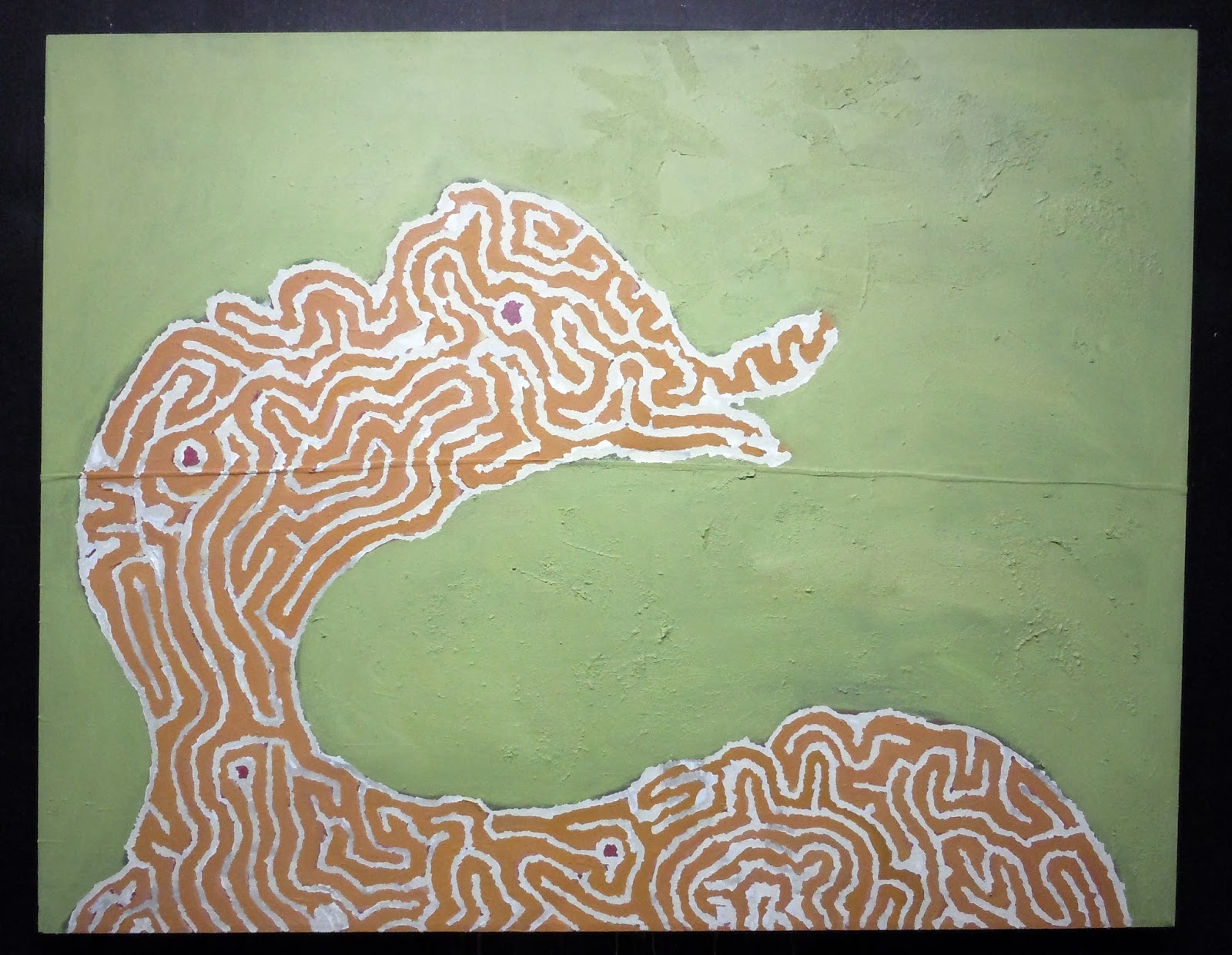 Another one of the panels from Supermodel is going to become Within/Without -it utilizes an old model train track that I acquired during a demolition project back in 2004.  Here are some shots as I am laying down the basic aspects of the image.  The canvas will be removed from these stretcher bars and restretched on a separate canvas on a smaller frame. 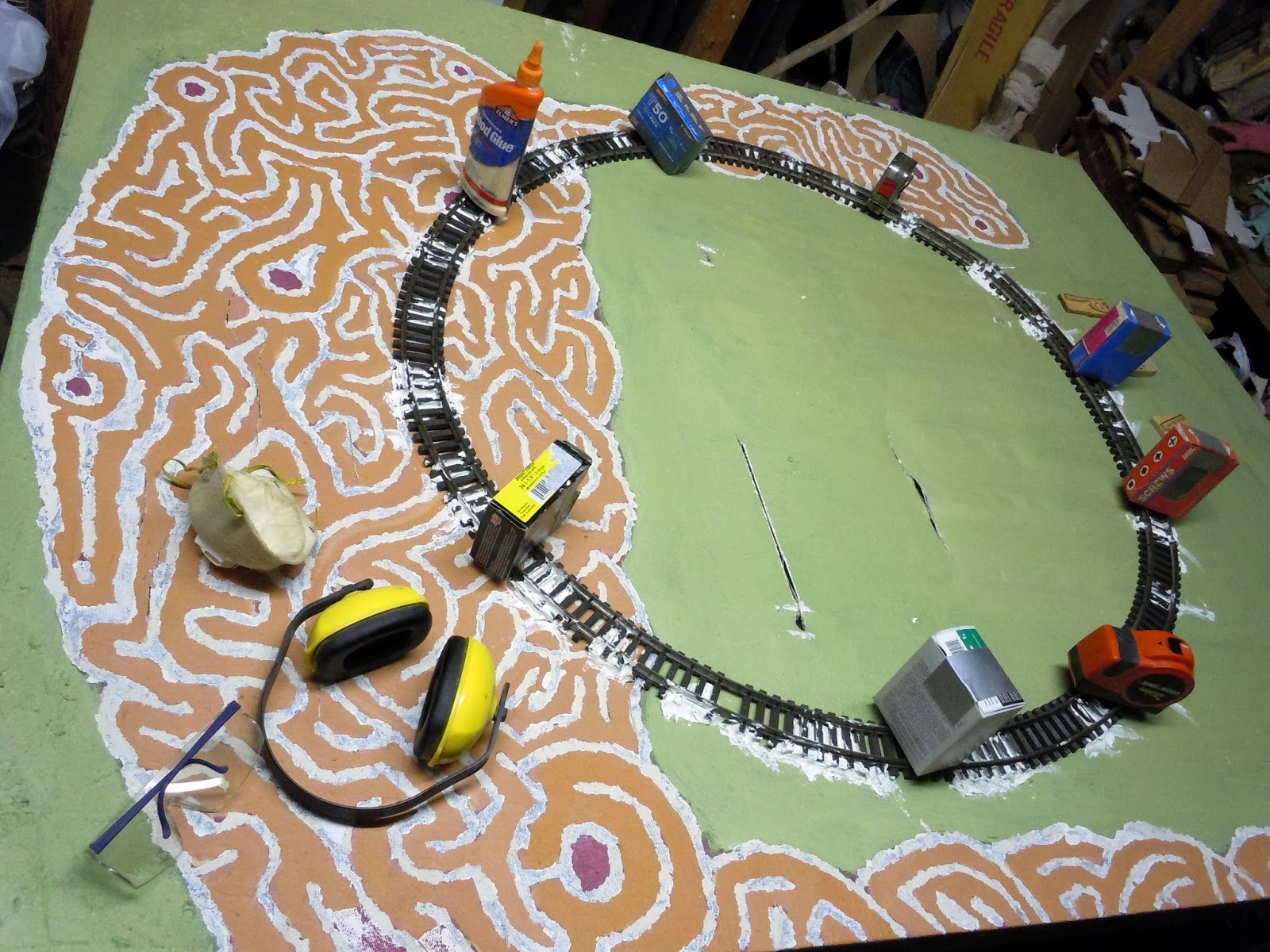 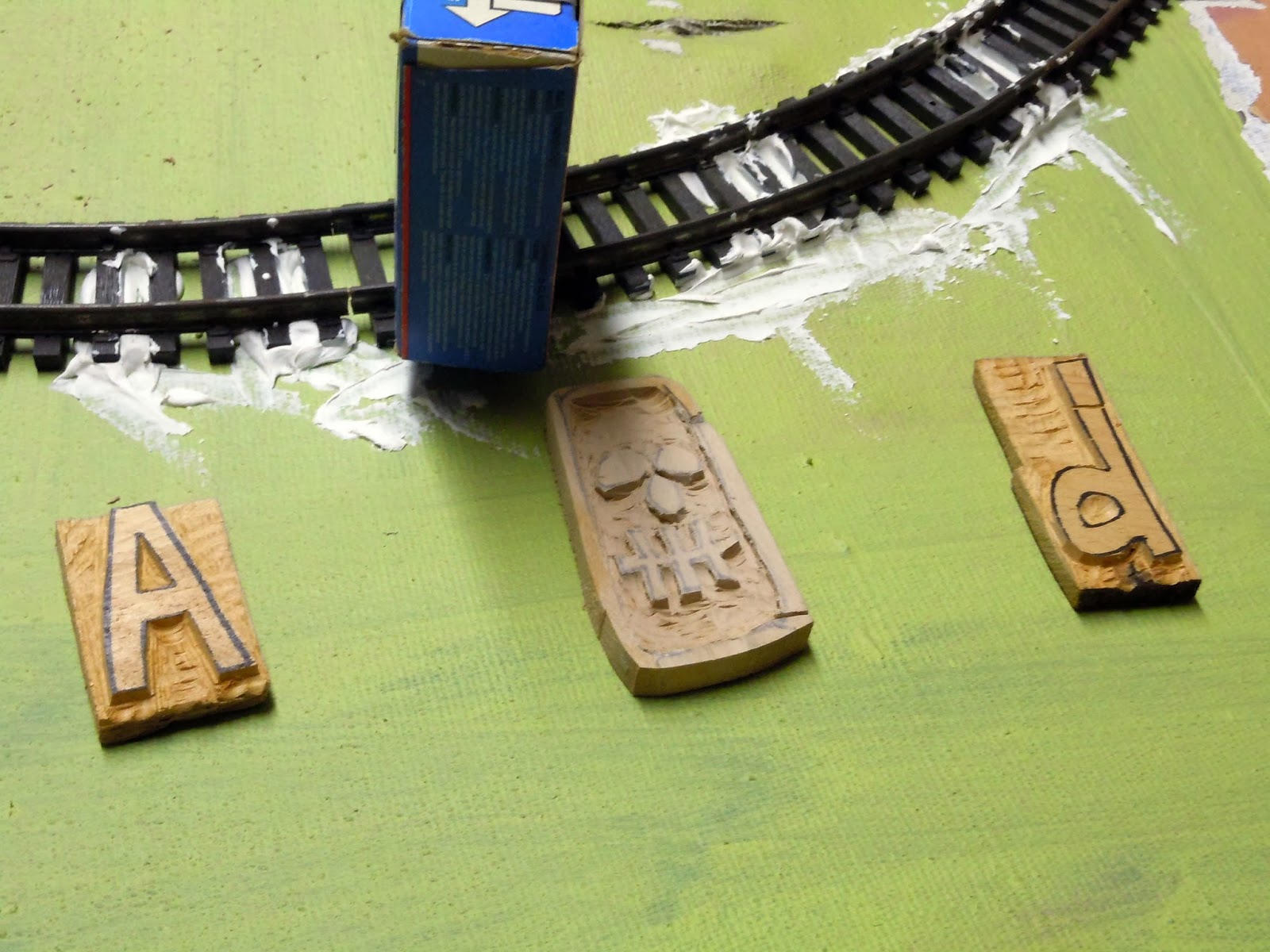 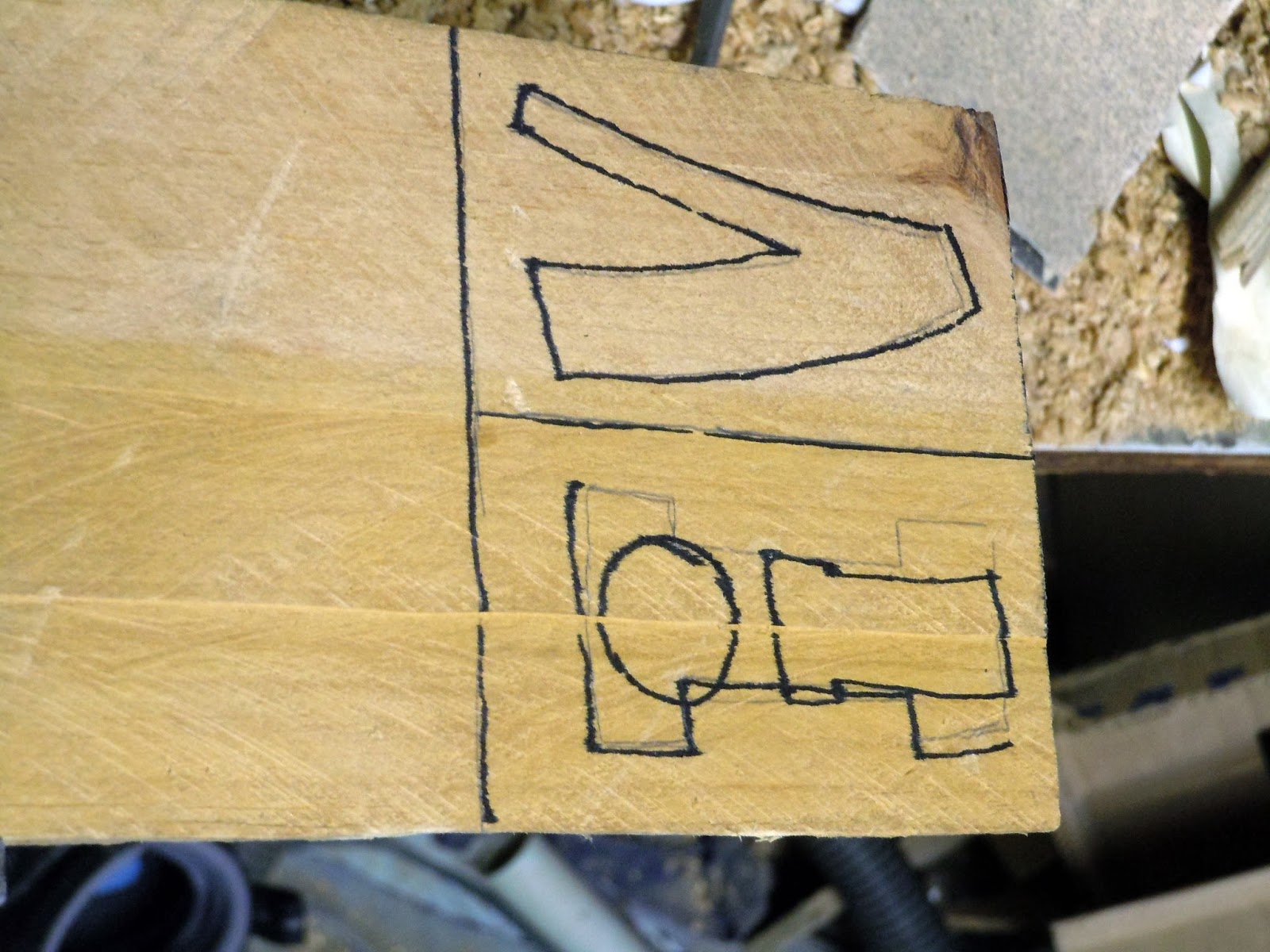 Time to prime some of this mayhem. 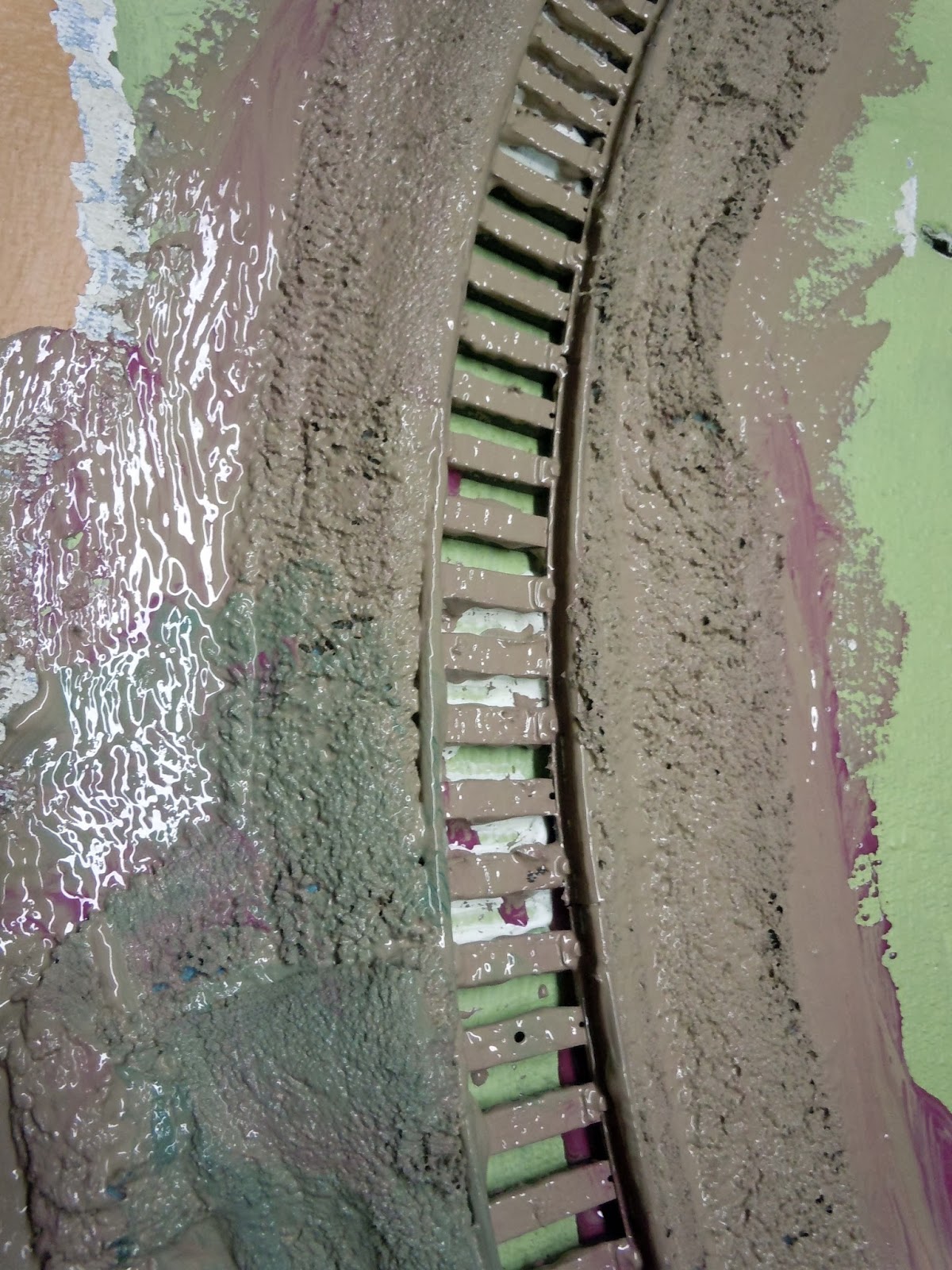 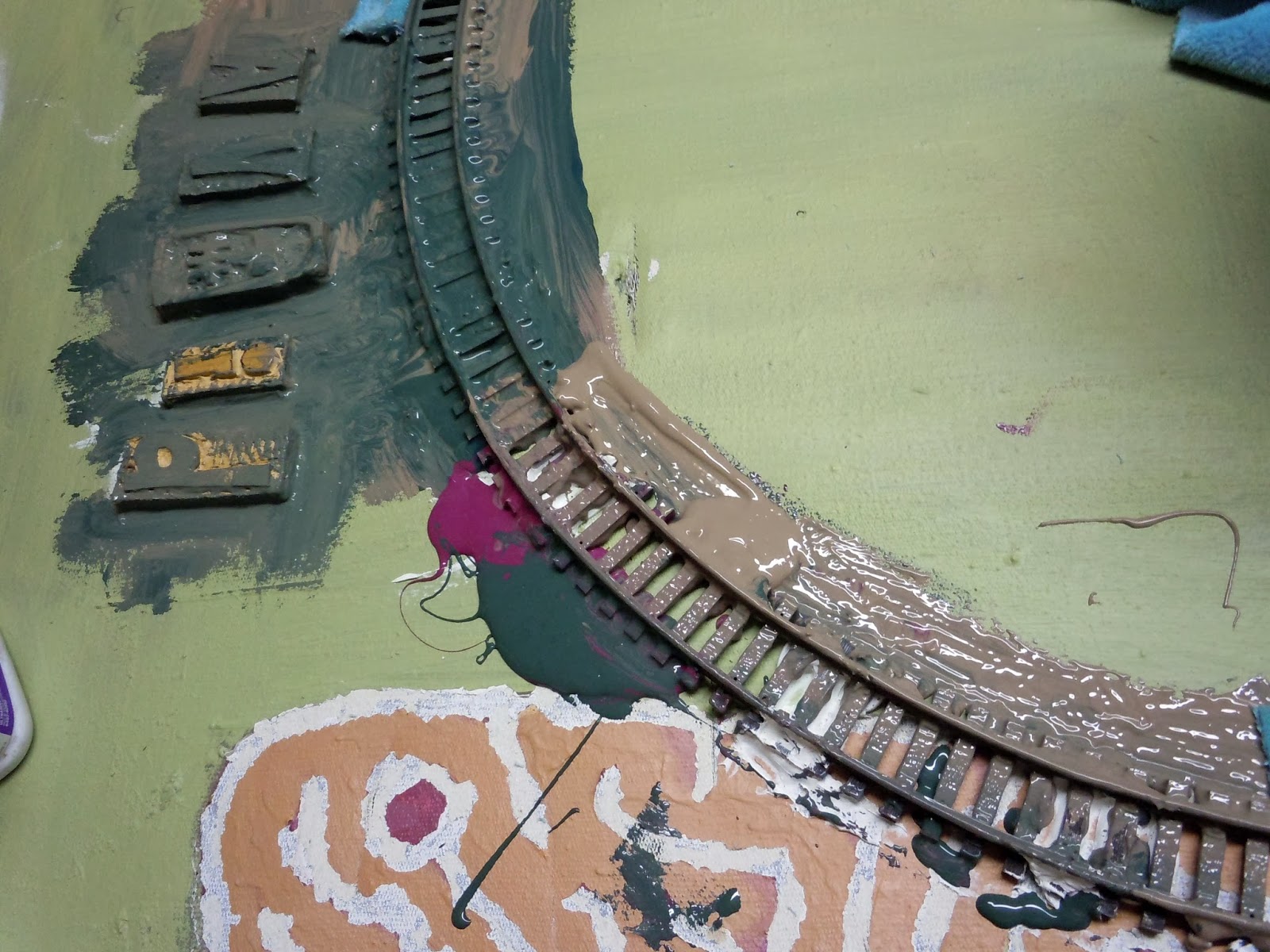 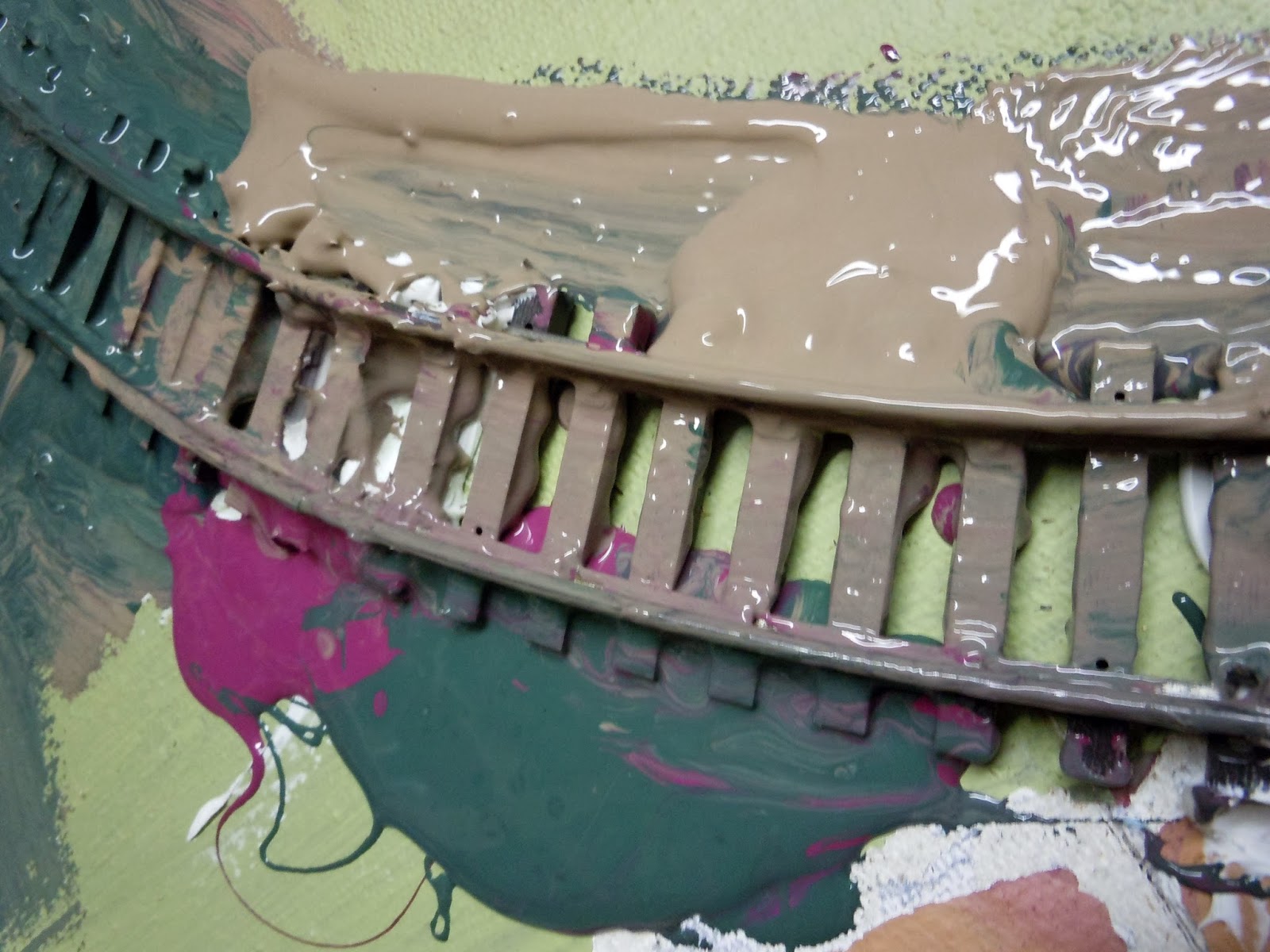 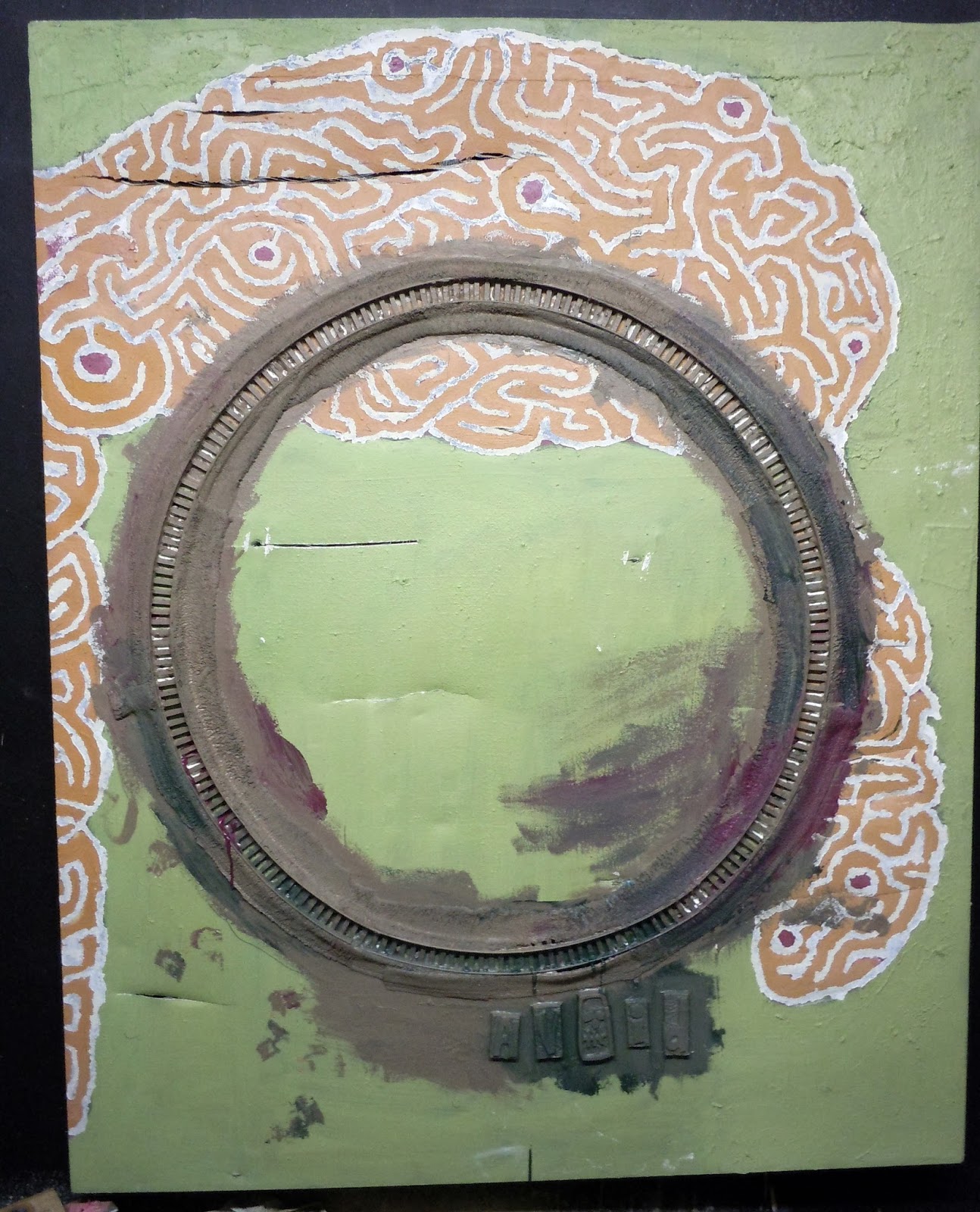 Now it's on its smaller stretcher bars and with a coat of white wash. 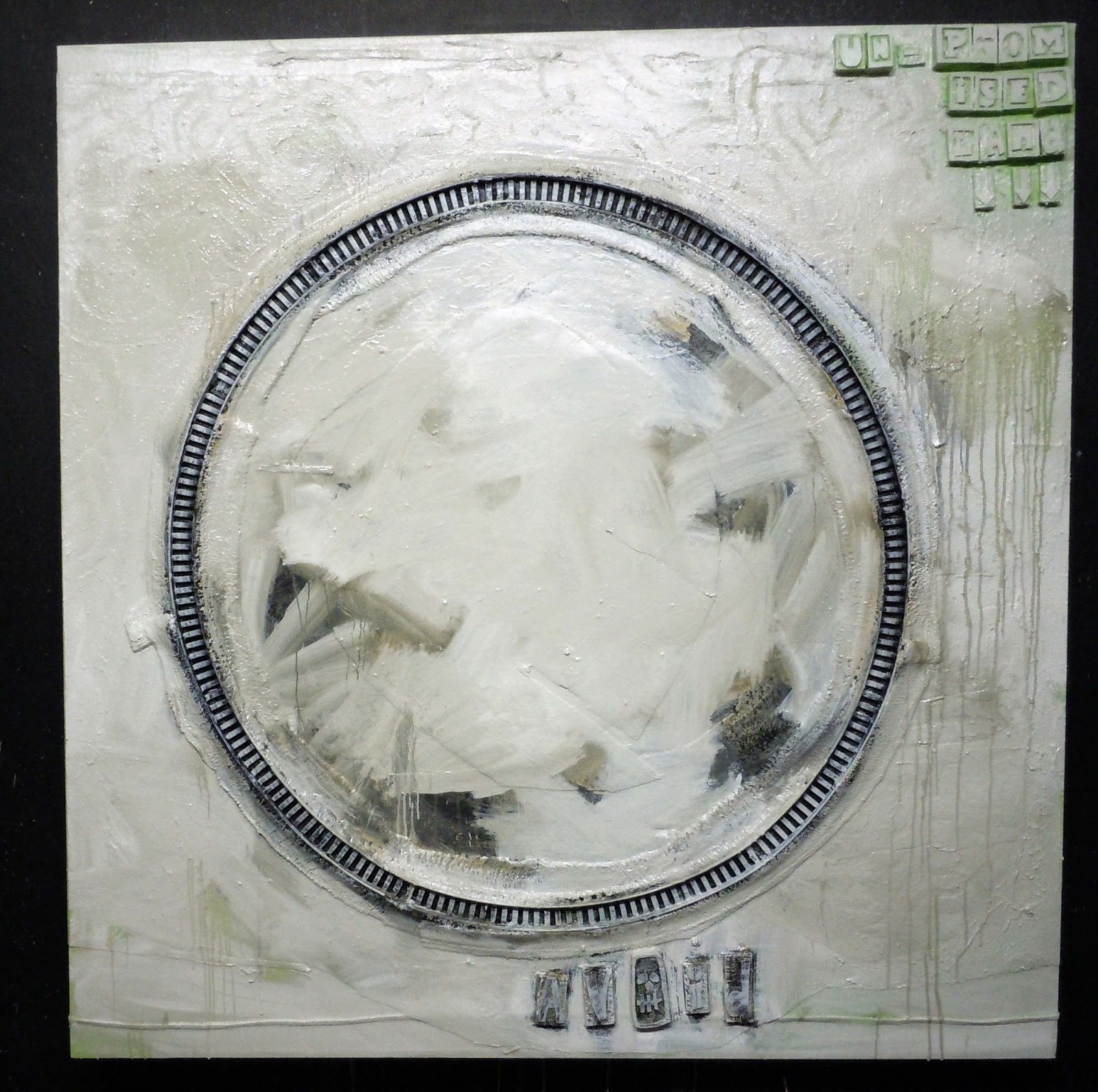 I'm hoping to keep the imagery and paint thin enough to still allow bits of the old maze to peek through. 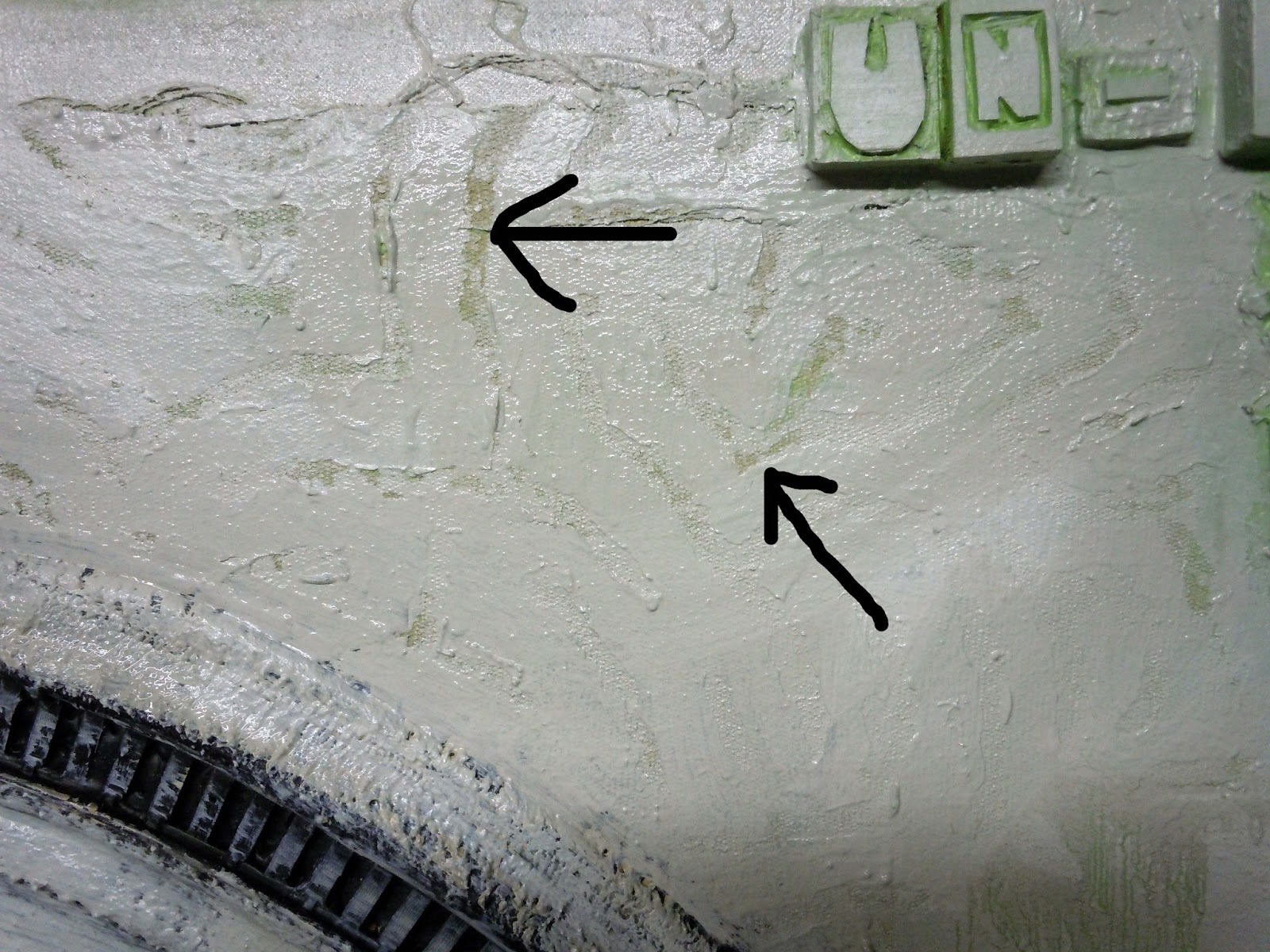 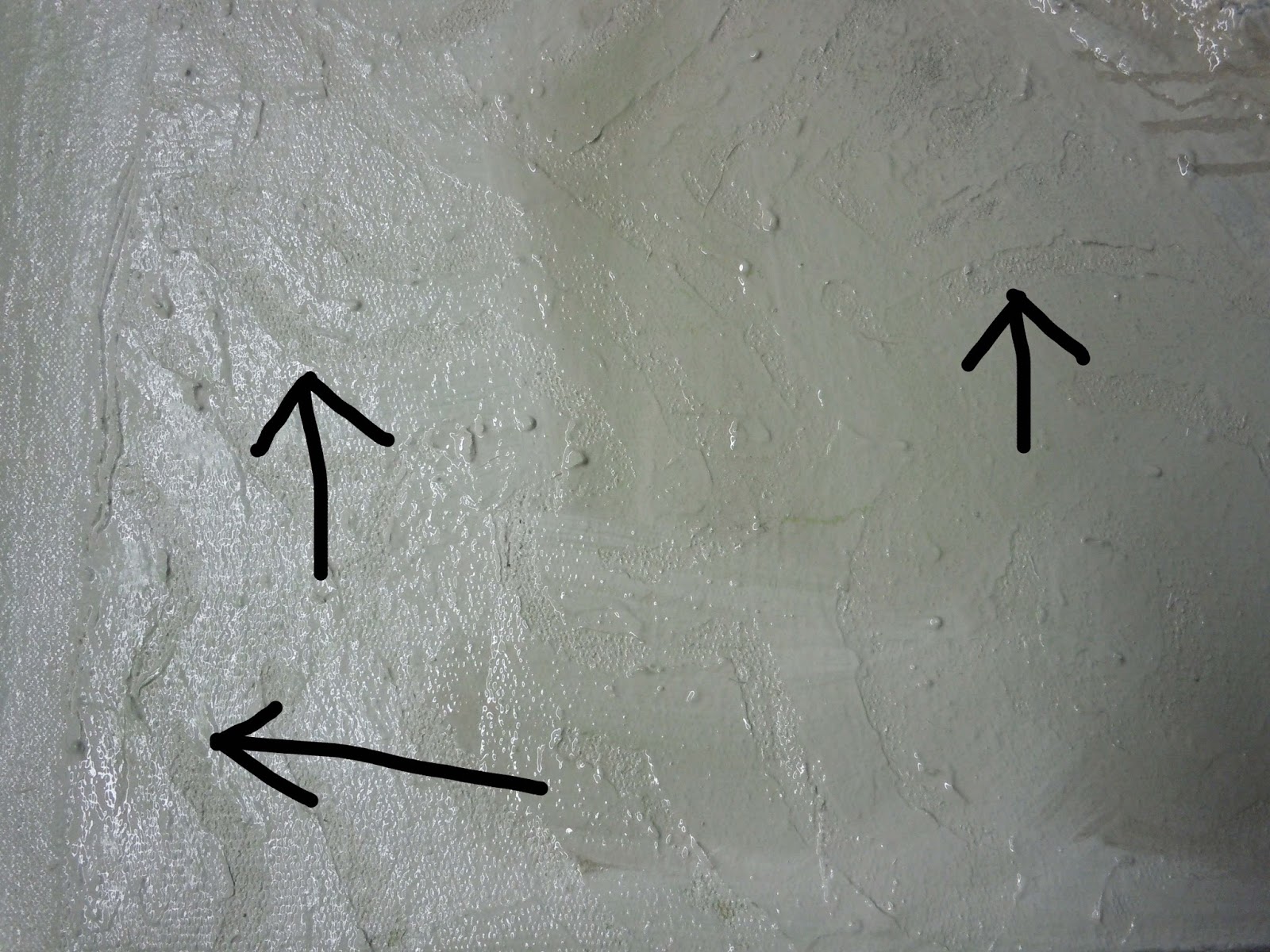 Since the show is 'Text Is A Four-Letter Word', there's a good chance that there are going to be a few carved letters on a few pieces. 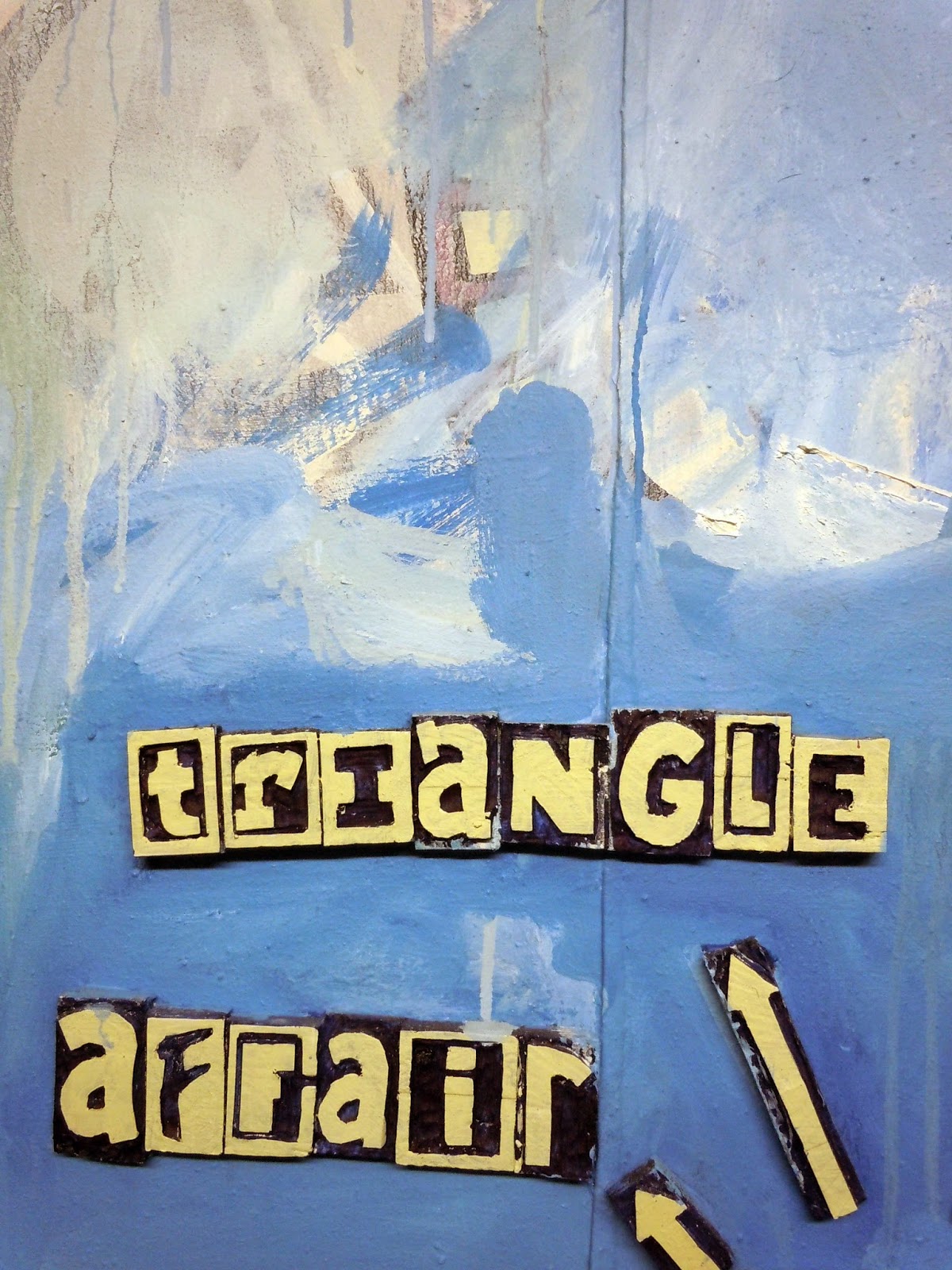 My Dremel Tool is already starting to whimper at the thought of all that needs to be carved in the next 5 weeks.  Come to think of it, I'm kind of whimpering too. 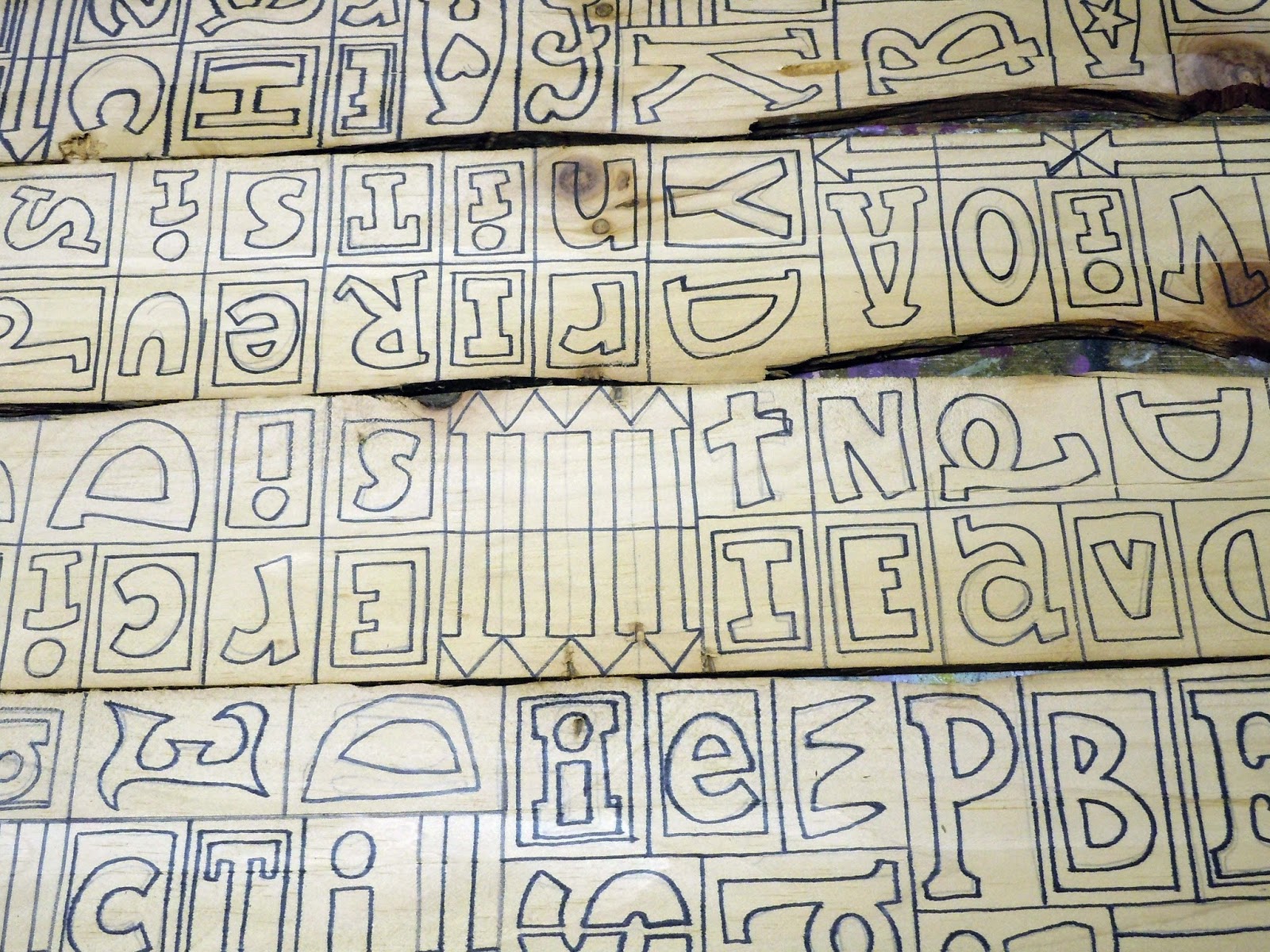 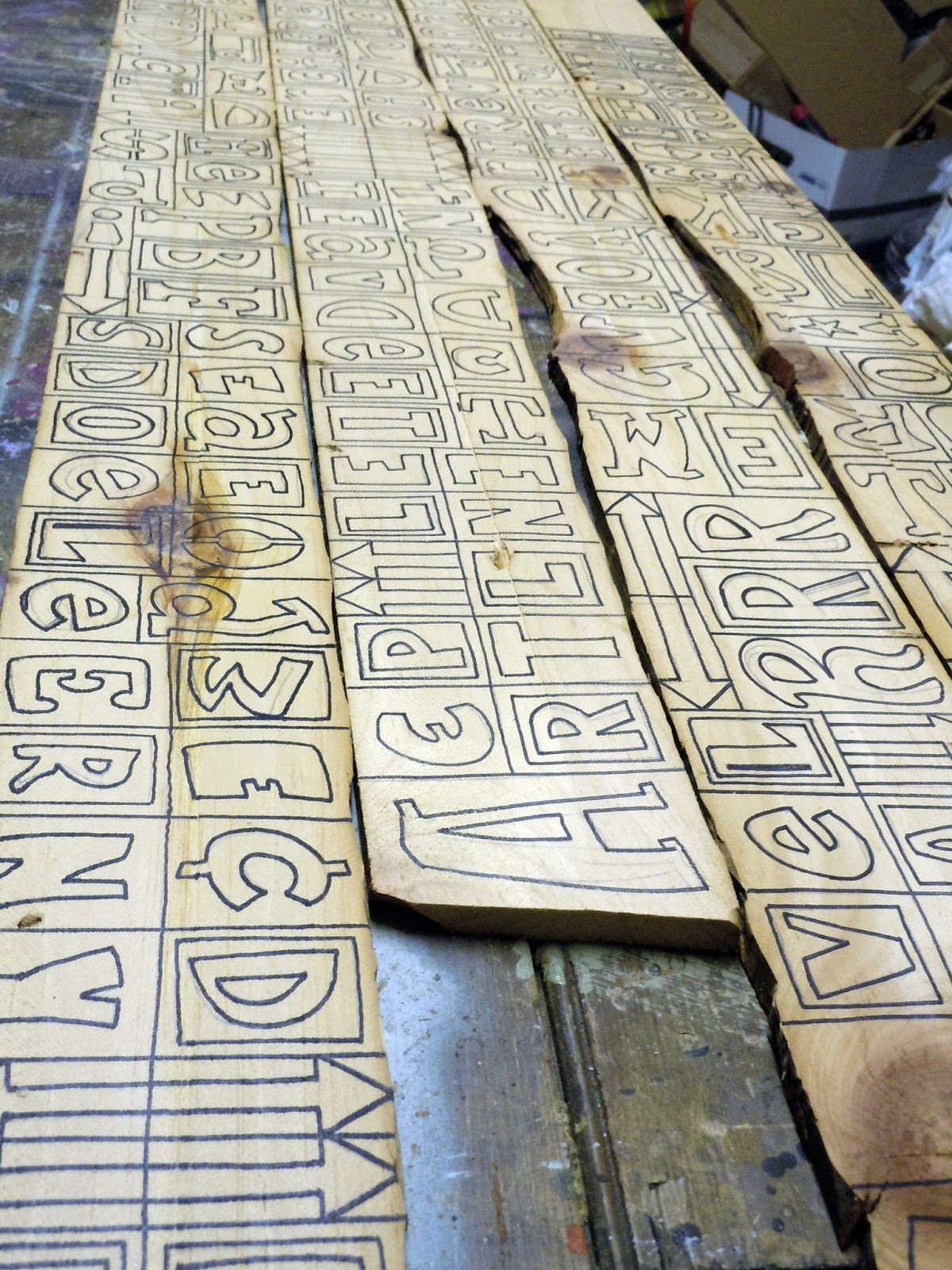 Fortunately, only a fraction of this sawdust was inside my Dremel Tool.  That being said, I still had to take it apart several times and blow out all of the sawdust that found its way inside.  HERE is a quick link to a previous post where I show the process of opening up my Dremel Tool and cleaning it out. 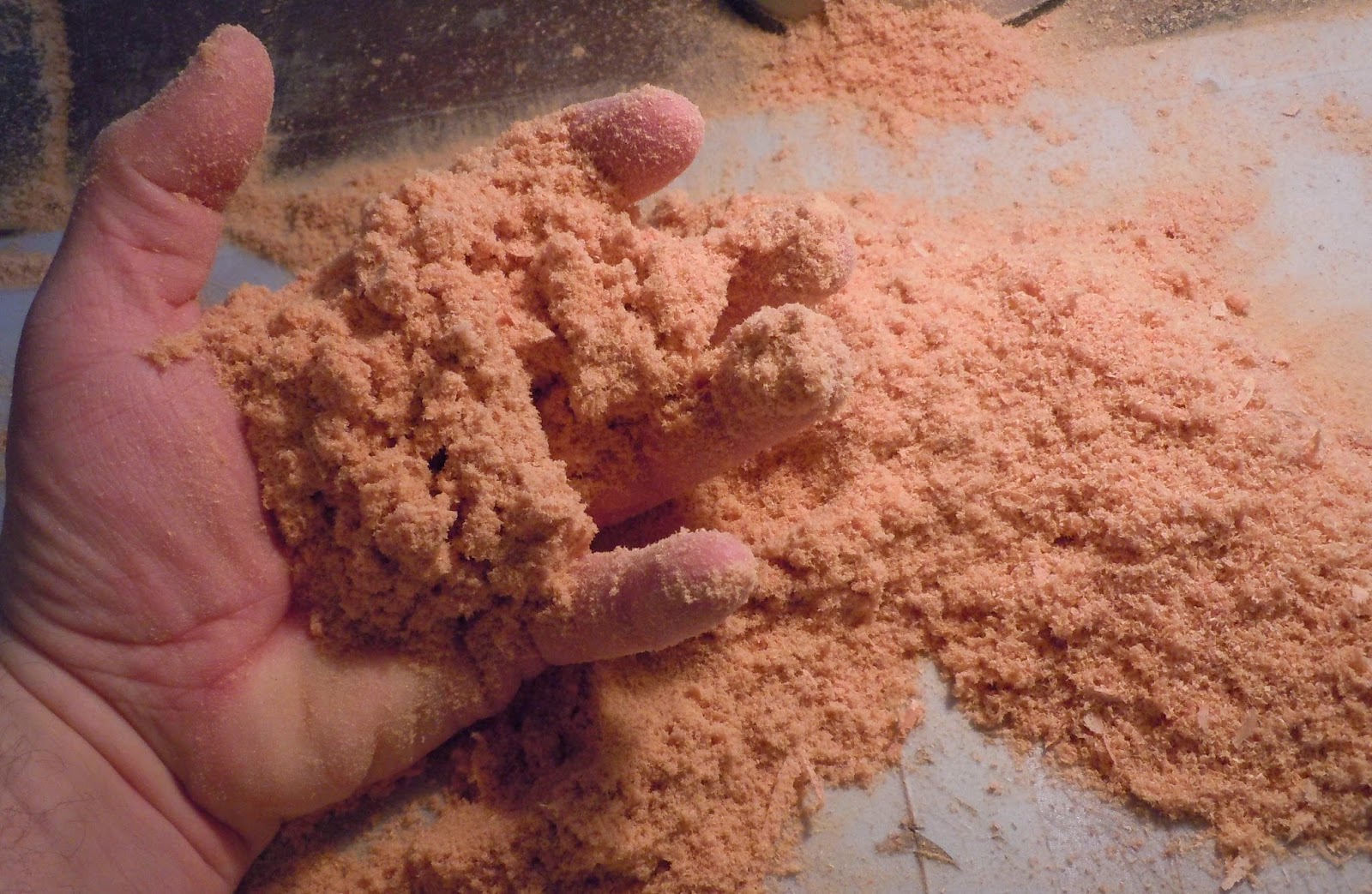 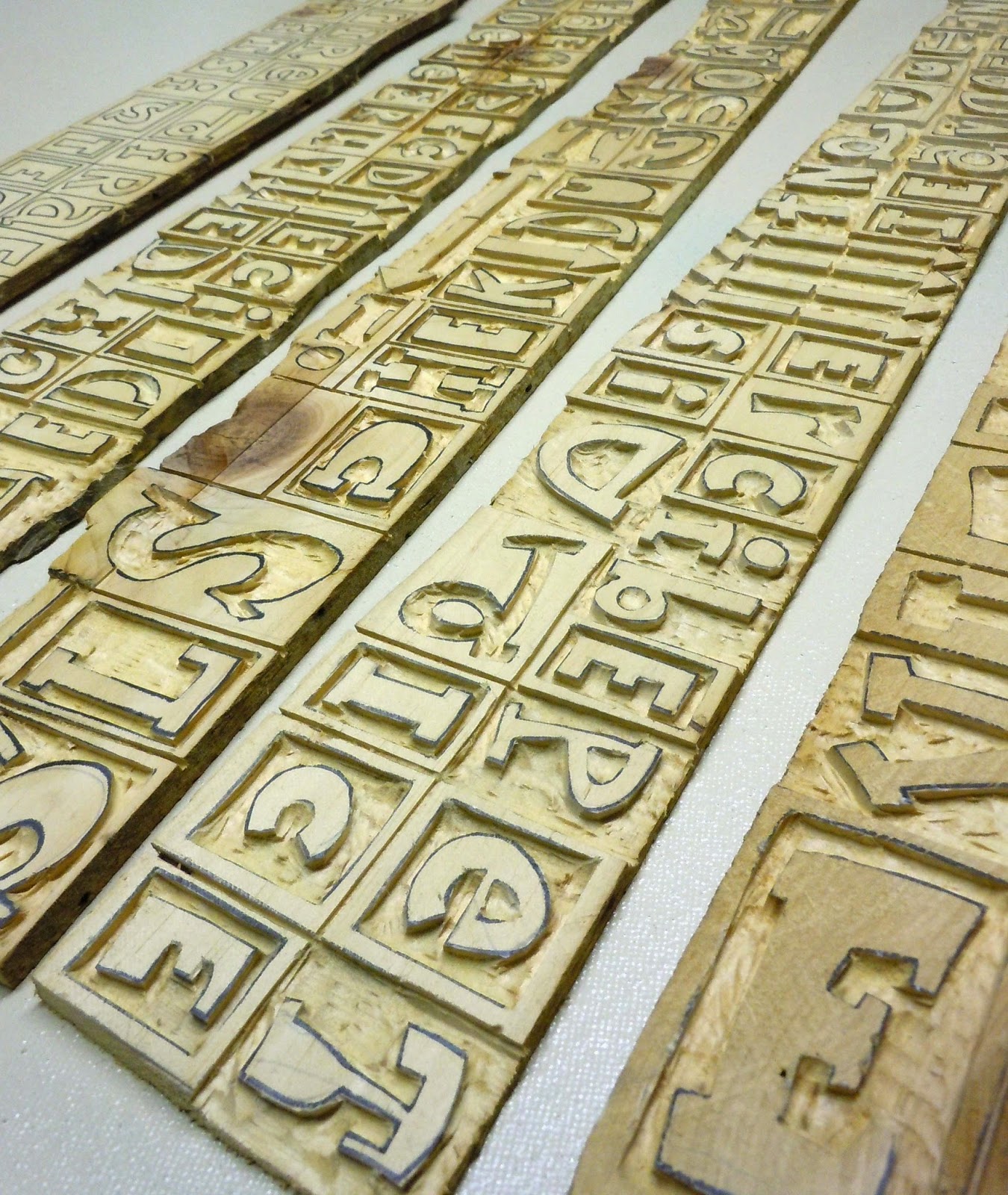 I've also got some old 'starts' that I am going to push along and see where they go.  The text on this one is 'A Queen Without A Crown'.  I have no idea if that will be the title or not by the time it gets completed. 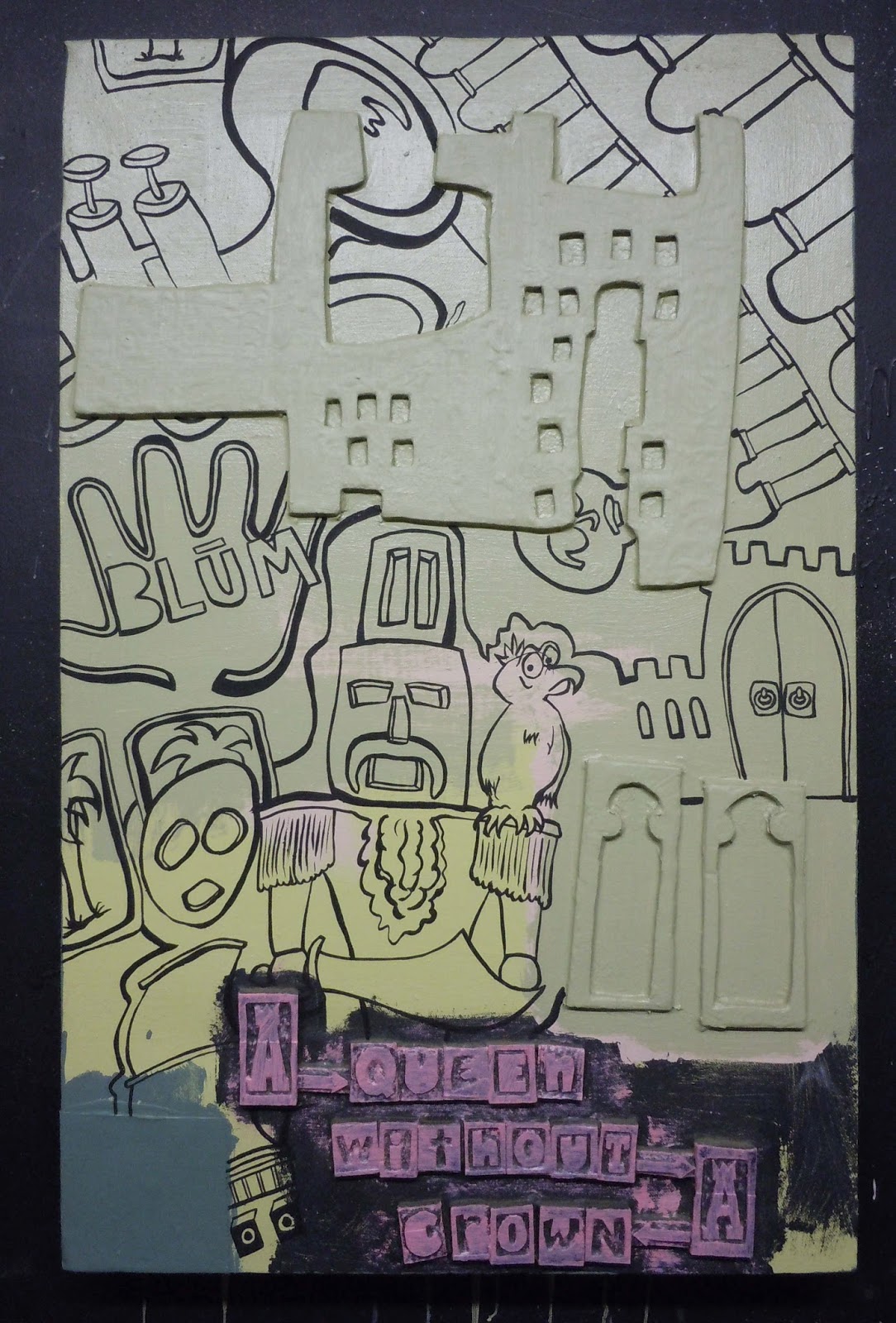 And I will close with the reworking of Promised Land (of Sky Blue Waters). 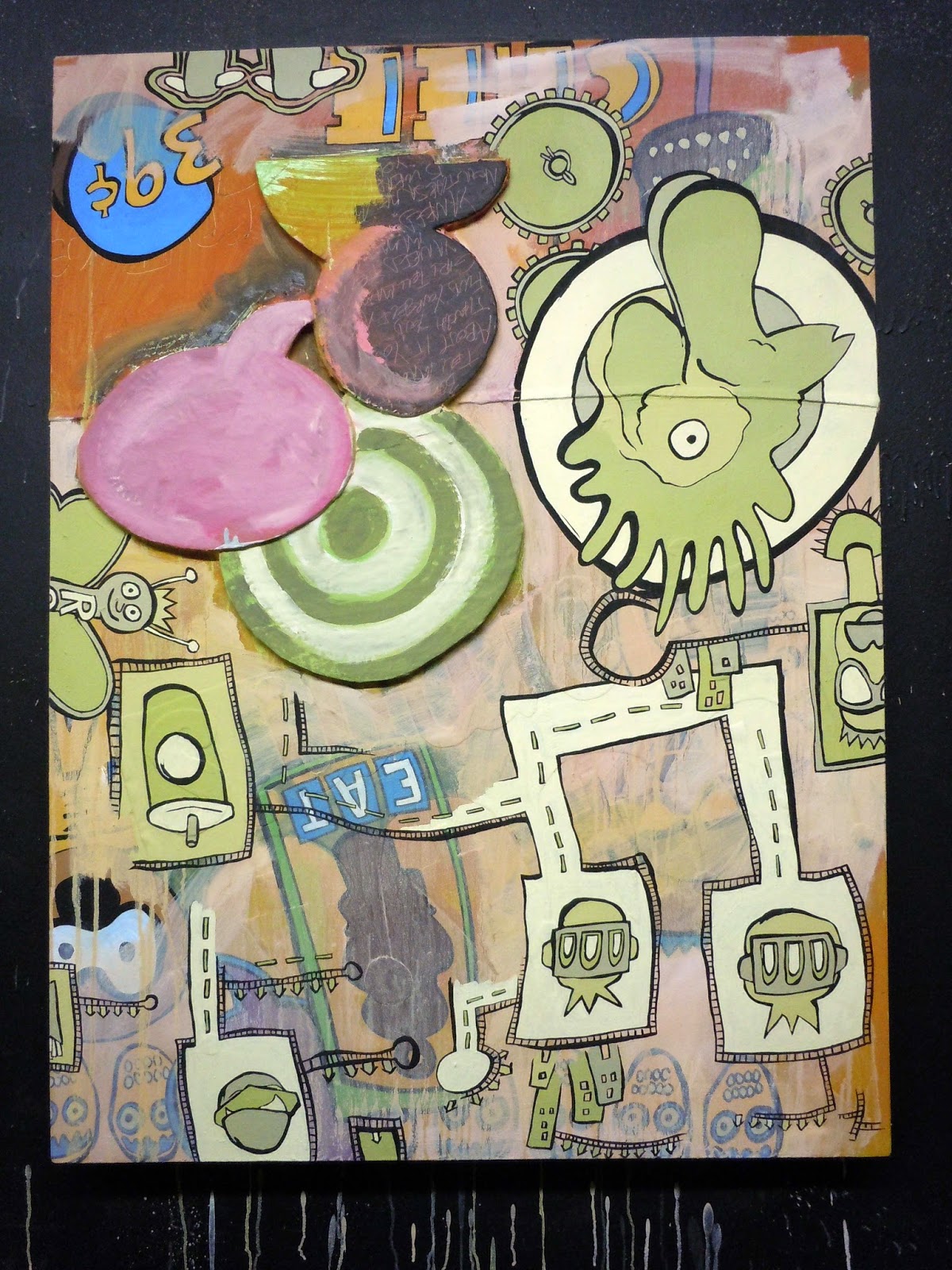 I had originally included a portion of the Hamm's Beer Logo with cut out canvas shapes, but neglected to emphasize it when I showed the piece at Black Hawk College this past January for Ill-Suited For The Pleasantries.  The time has come to remedy that. 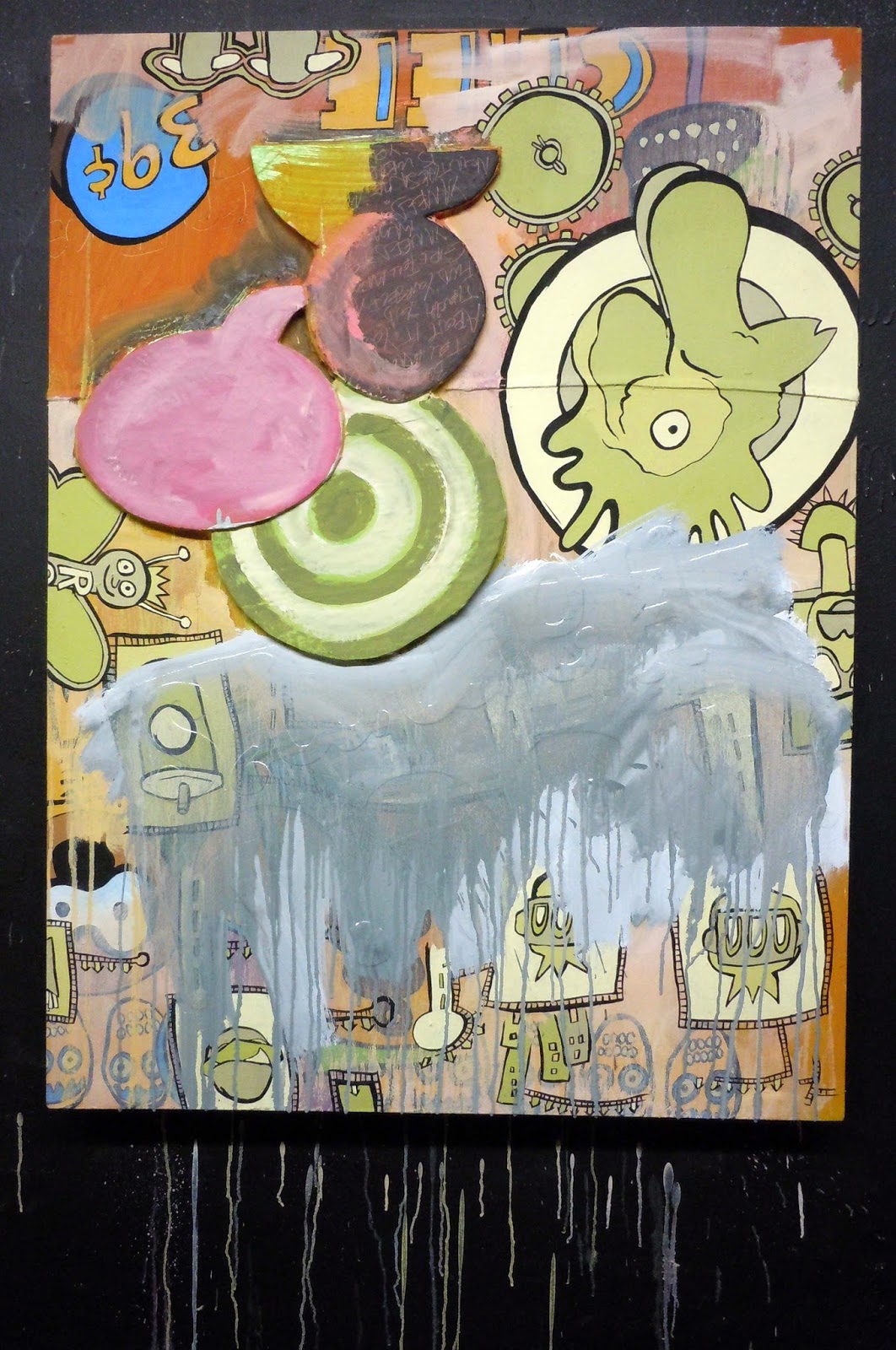 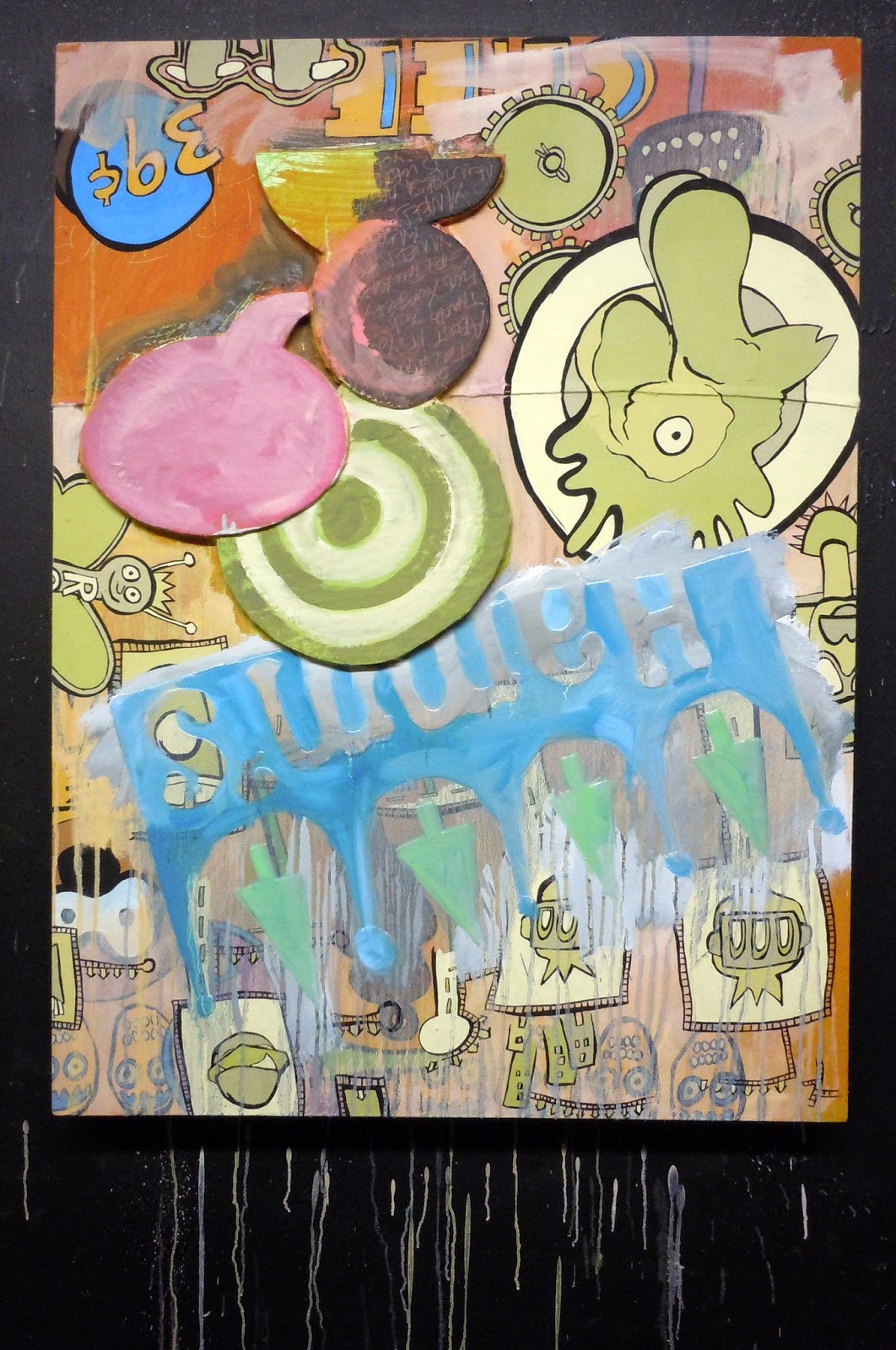 Adding a little more white to accentuate the letters. 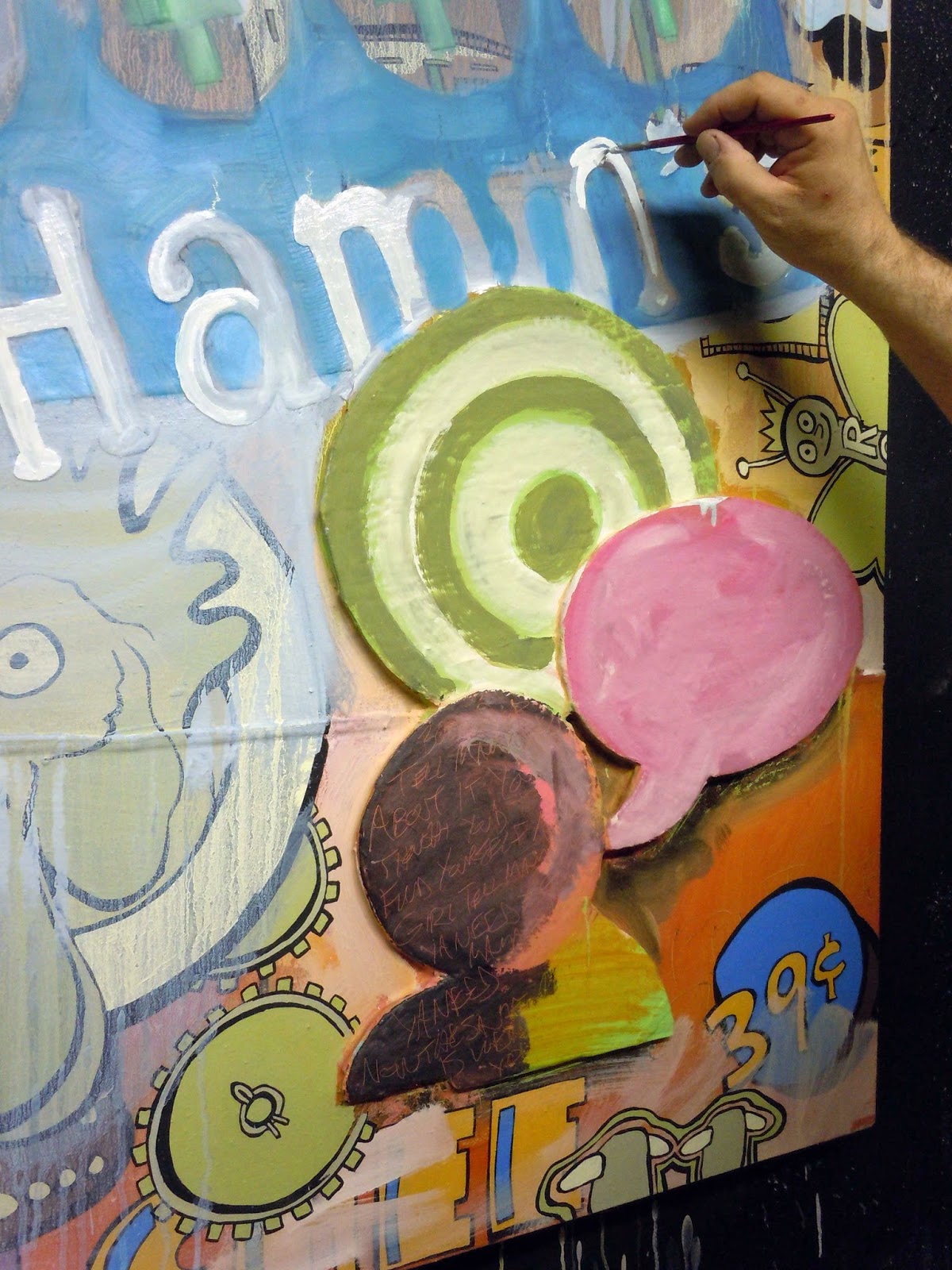 Technically, I'm going to close with an image of a full Boozies card.  With a flash of modern day alchemy, a full Boozie Card can magically be turned into a free Boozie Burger! 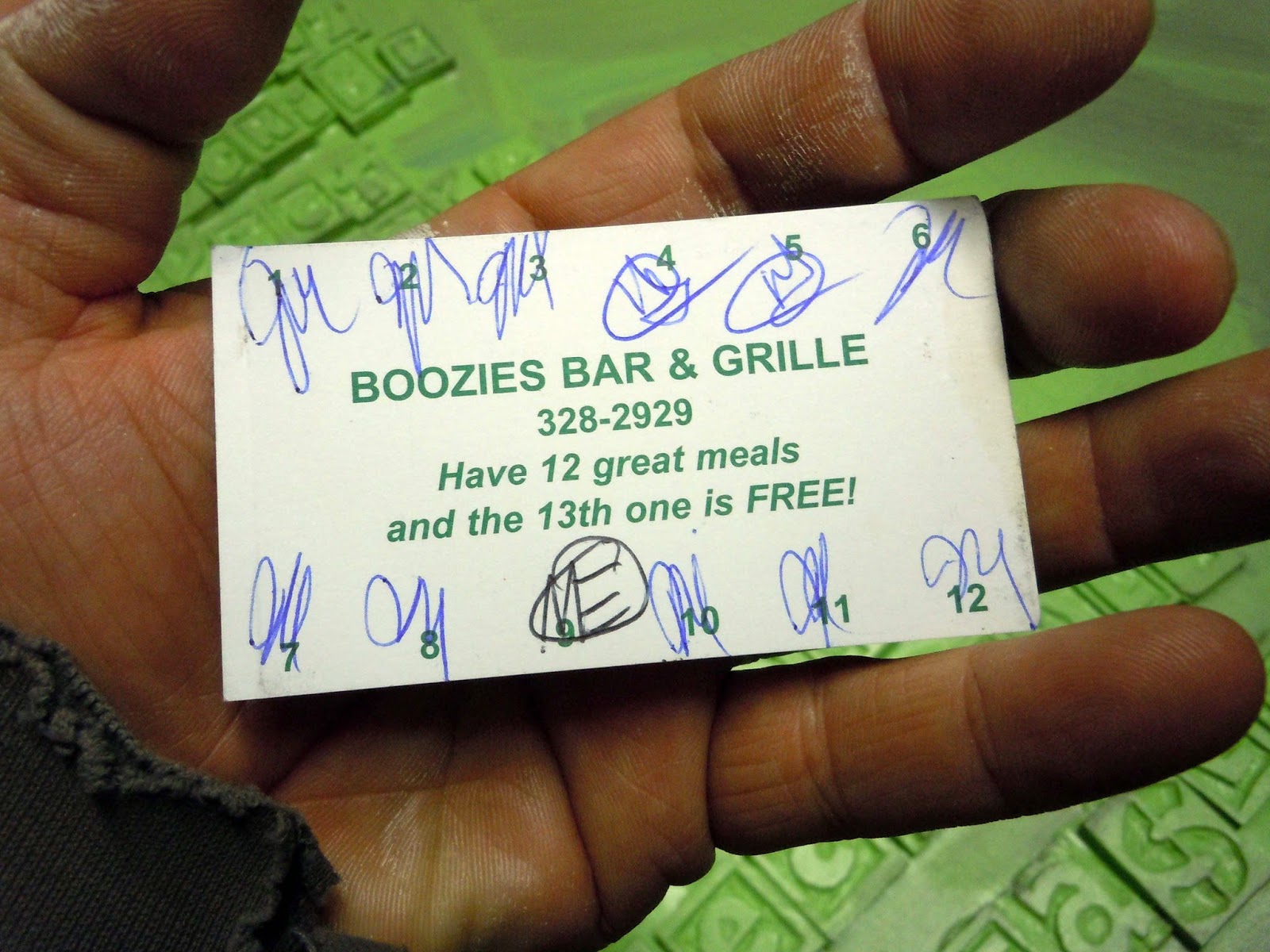 Hooray for the good guys!!
Posted by Steve Banks at 8:44 PM No comments: