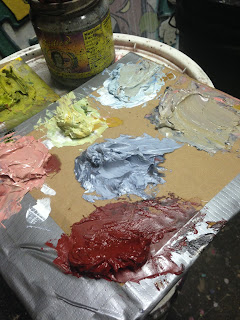 These next two images are part of the reworking of an old piece called Bro Kin.  Bro Kin will soon be a series of posts all unto themselves. 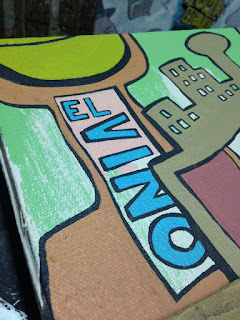 Bro Kin with Re/De in the background. 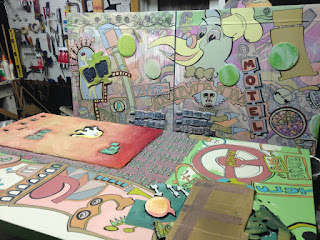 I united old faces with a really old guillotine. 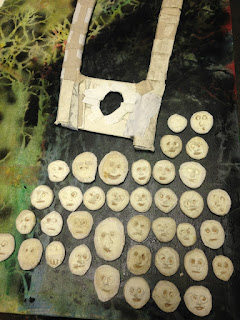 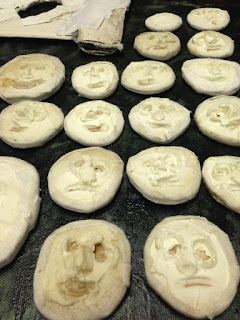 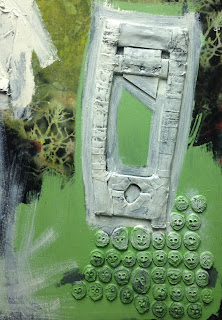 Another section of an old canvas/project that begged to be reworked. 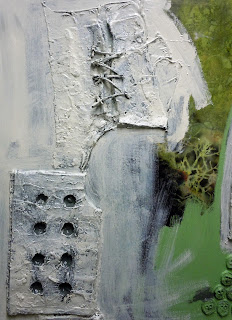 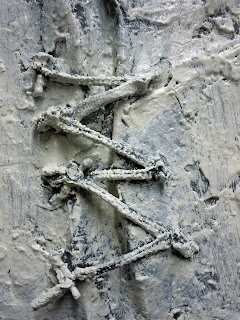 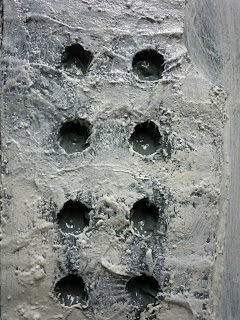 Each of these elements is basically ready to be cut off from the rest and added to a future composition once I figure out what I want to make, and how I want to incorporate them. 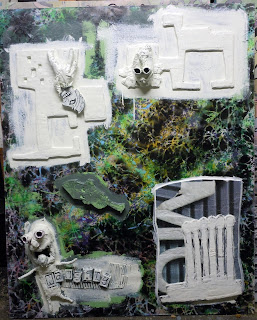 Those eyes have only sat around for the better part of 8 years waiting to be used for something. 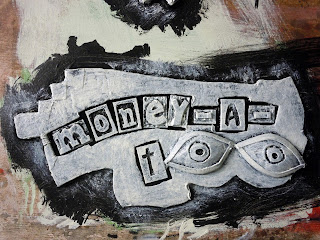 I have carved several heads which I will talk about more in a future post, for now, here is one of them becoming the new head on an old body.  In fact, this next series of images used to be one body with a larger face and a pyramid head.  Some extensive cutting/dissecting/rearranging and now you have these. 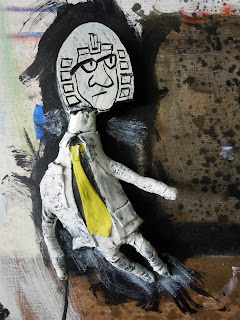 This one is missing its 'word'. 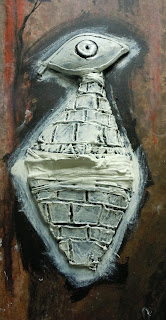 This one will eventually say 'brain jar'.  The letters have been carved, they just haven't been added yet.

The different components attached to a canvas. 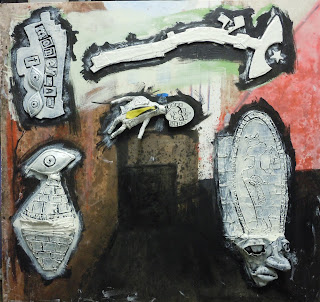 'Naughty' now that it has been primed. 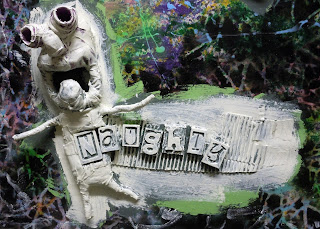 I also recently purchased a big plastic bag of matchbooks from Randyl Mohr.  You may remember her from this POST regarding how awesome Chocolate Manor is, and you can also check out some of her artwork by clicking HERE as well.

Anyway, I suddenly became the owner of a bunch of matchbooks..... 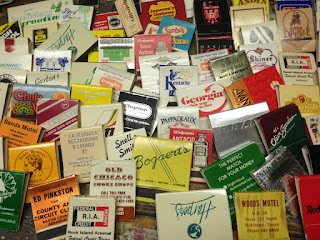 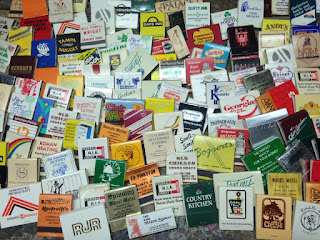 The only sensible thing to do is to draw them an incorporate some of their goodness into some of the layers of imagery in my artwork.  Here are a couple to whet your appetite. 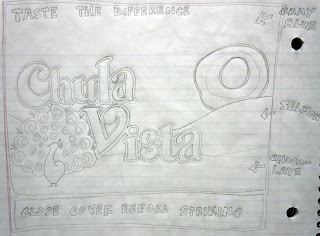 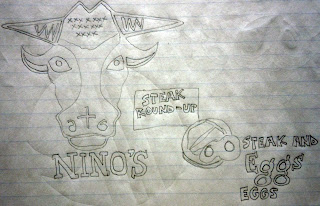 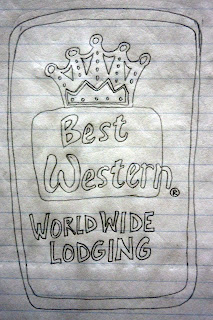