The earliest bits of Money-A-Tize, the actual eyes, have been kicking around my studio for the better part of a decade.  In fact, I have a few components which are going to be pulled in to this composition -including a fragment of a 10-year old canvas (the little bit with the stitching).  Money-A-Tize was one of several pieces I was hoping to include in Pop Culture Palimpsest, but the constraints of space, time, and energy forced me to edit it from the show roster.  Time to re-engage.

I want to lay these components out and see how they interact with each other.  Since the availability of time is frequently a factor in making art, I go ahead and attach them to a smaller canvas that I know I will not keep them on in order to get them adhered to the surface and primed with a couple coats of paint.  That way, once I transfer them to their final destination canvas, they are much closer to being ready to get hit with some oil paint. 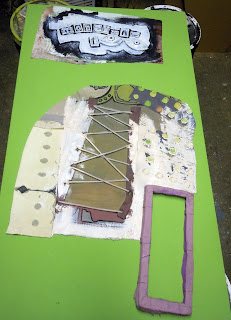 Everything in place on the larger (final) canvas.  Now I just need to prime the new additions and it's ready to go. 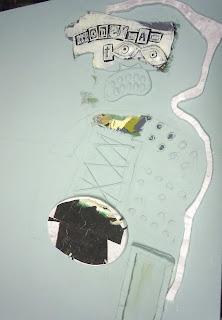 Let us begin by adding some color. 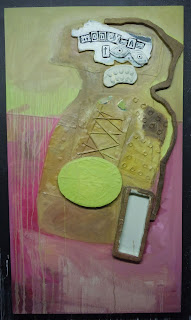 As a partially unrelated side endeavor, I was just about to sketch the label from a jar of JIF Peanut Butter so I could finally throw out the label which I had been saving for far too long, when two things happened:  1) I remembered there used to be a band called 'JIF and The Choosy Mothers' and subsequently wondered what happened to them, and 2) I came across a previous sketch I had made for Money-A-Tize which reminded me of the fact that I have already fabricated some components which I still need to add to the Money-A-Tize canvas. 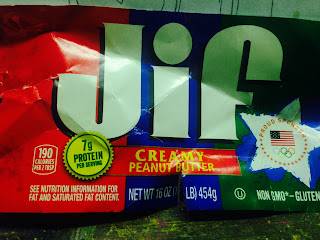 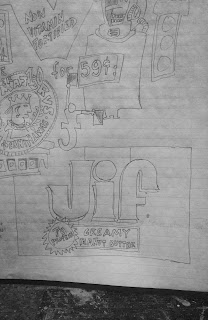 Before we get into the forgotten components, I'll provide a link to help with fostering an understanding of the magic that was JIF and The Choosy Mothers.  Enjoy!

Anyway, back to the sketches that reminded me that I had already worked out a plan/idea. 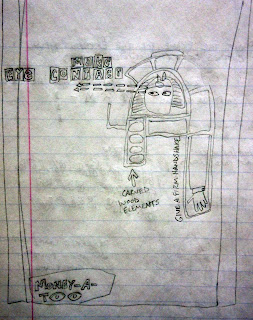 I have already carved the letters to form 'make eye contact' and 'give a firm handshake' and have them conveniently stashed in individual bags. 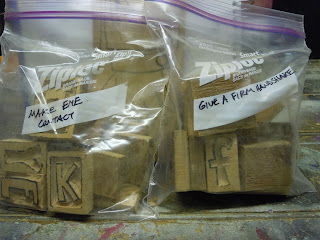 But I did need to carve an arm with my trusty Dremel Tool (I had just drawn out several treasure chests to go into the space where the hand was supposed to go.  I'll still carve the treasure chests, they will just find their way into a different piece (or maybe into Money-A-Tize? who knows?)). 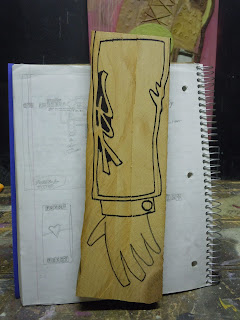 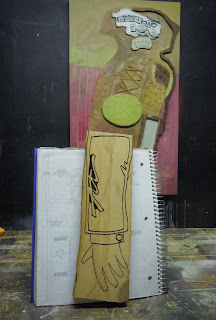 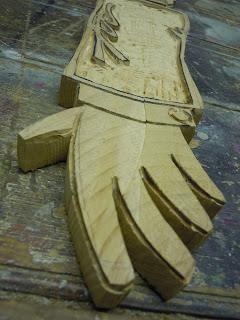 Just messing around with a head/hand combo.  This might show up some other time in some different project.

Money-A-Tize before the arm gets added. 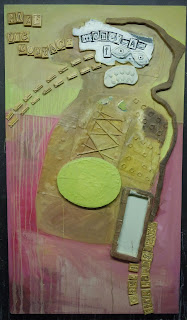 Booooom! The hand has been added. 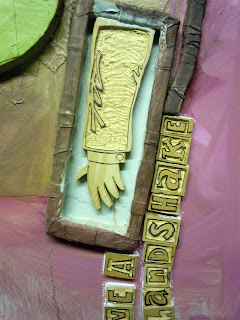 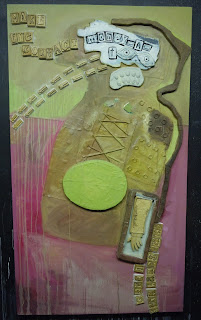 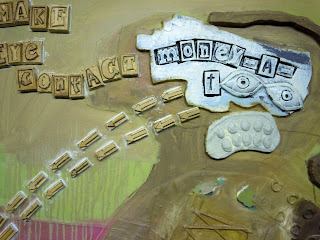 Next time we take a look at Money-A-Tize, I will probably be adding the line work for the first layer of imagery.  Probably.
Posted by Steve Banks at 5:20 PM No comments: