A sketch for what I was hoping to add to the third layer of imagery. 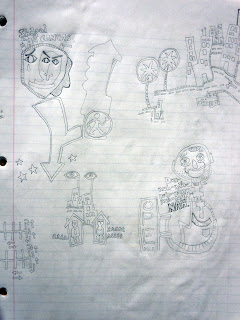 The second layer of imagery is good and dry, now it is time to get to work laying down the third layer. 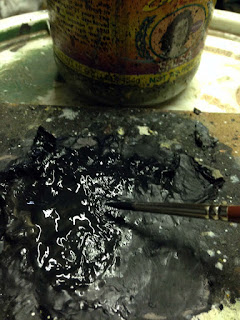 Painting a parking lot is as rewarding of an experience as it sounds like it would be. 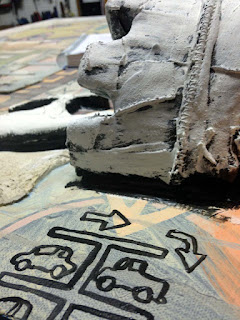 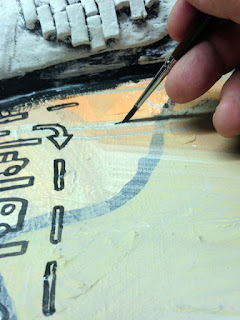 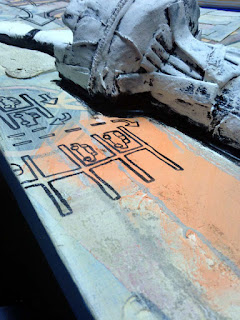 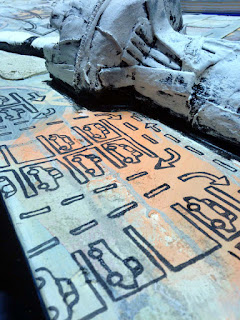 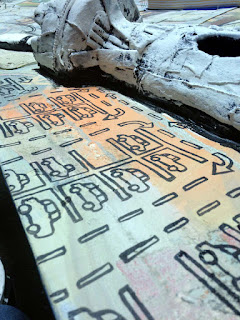 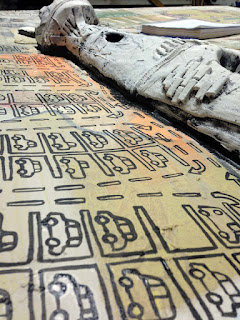 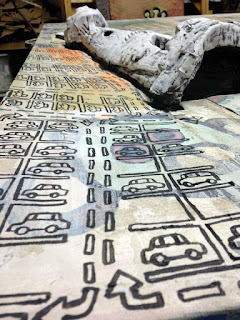 Most of the line work is there.  The area between the cowboy-head silhouette and the tower/archer figure is probably the most crucial visual dialog to establish.  Even though it is taking me longer to develop that portion than the rest of the images, I still wanted to get those down so I can gauge how dense to make that sweet spot. 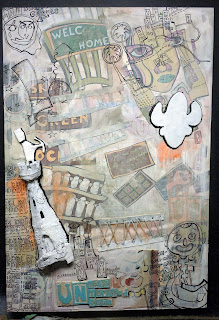 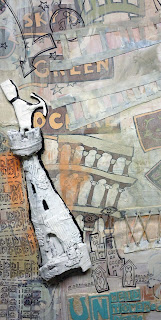 Once the line work has dried, it is time to start doing the color-by-numbers portion of the show. 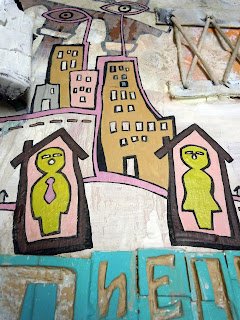 Painting a parking lot full of cars is about as riveting of an activity as laying down the initial line work.  Hours upon hours..... 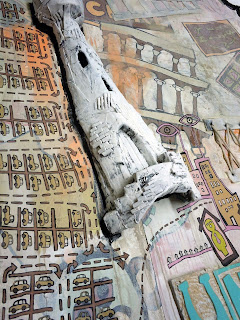 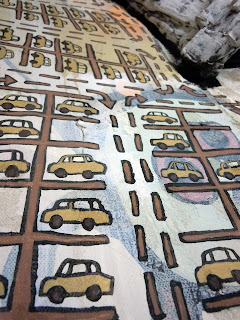 I am starting to see some Spanish conquistador-esque qualities in what I had previously referred to as a 'cowboy-head silhouette'.  Following the Spanish adventurer path a little further, I find I need to make a body for the former vaquero. 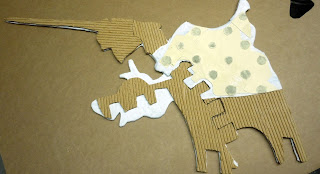 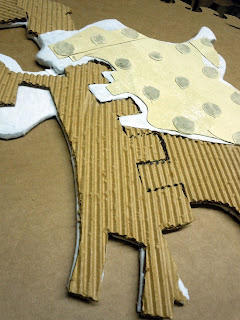 I had a great shape lying around the studio for a partner in crime, the problem was it pointed in the wrong direction, so I made another one which faced the proper direction. 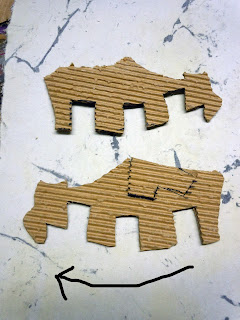 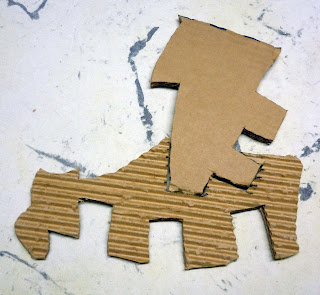 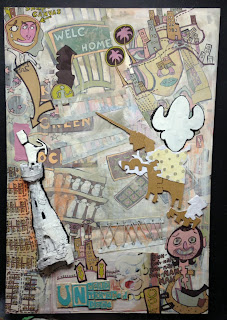 Here it is before getting its last (hopefully) haze coat. 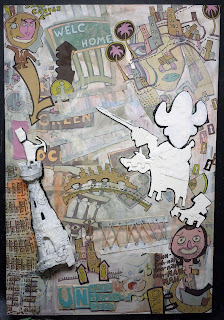 In the near future, I should come up with a proper title for this piece.

Posted by Steve Banks at 5:47 PM No comments: