Road Trip I: The Cleveland Chronicles

I had the opportunity to enjoy a whirlwind tour of Cleveland this past week.  In short: I saw a respectable amount of art, and I ate a bunch of food.  Happy.

First things first, I saw Ralphie's house.  Yeah, that's right, Ralphie from The Christmas Story.  I saw the leg Lamp.  I got my tongue stuck to a flag pole (however since it was June, I'm not sure what made it adhere....). I even took a moment to shoot my eye out! 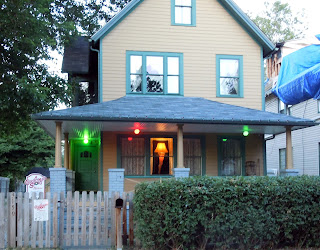 We drove past this beauty several times! 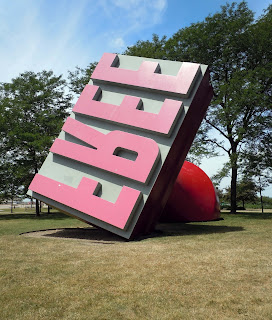 We also stopped by 78th Street Studios for 3rd Fridays http://www.78streetstudios.com/.  This place is full of studio after studio of all kinds of artwork and artists. 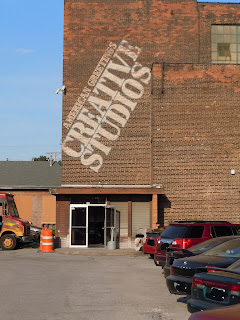 I met Cerri Gertz (I hope I wrote her name down correctly) and took an image of her artwork (here are only three of MANY cool pieces she just had sitting on a table) I also have an image of her standing next to her late husband's (Lee Gortz) artwork.  I wish I could have stayed longer, but 78th Street studios is a huge sprawling warehouse, and we had a lot to see.... 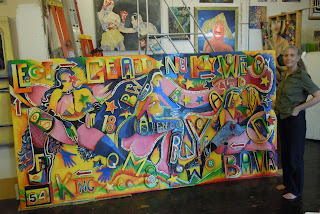 While packing my eyes full of artwork, I also managed to enjoy a few great meals.  We started at Peppers Italian Restaurant in Lakewood  http://www.pepperslakewood.com/.  Below you can witness the majesty of their Deluxe Pizza and their Chicken Marsala. 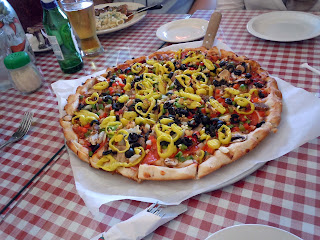 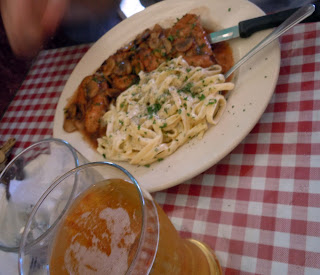 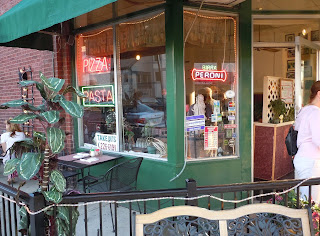 We also treated ourselves to some gut-busting grilled cheese goodness at the Melt Bar and Grill http://meltbarandgrilled.com/.  Below are the Parmageddon and the Spinach Pie.  I ate until it hurt. 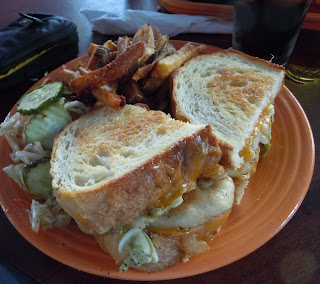 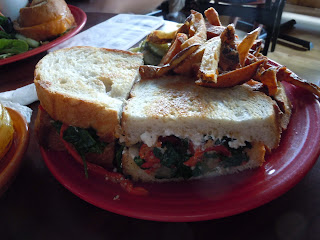 We also stopped by the West Side Market for...pretty much everything! http://www.westsidemarket.org/ 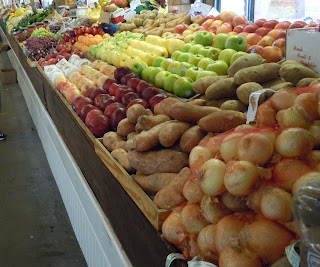 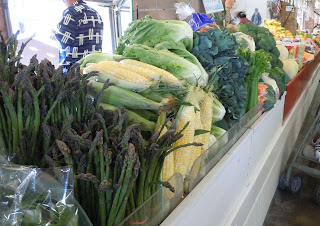 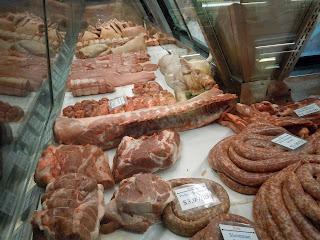 It was necessary to also stop by The Sweet Spot http://thesweetspotcleveland.com/ for some medicinal gelato.

I would be remiss if I didn't mention the delightful cannoli from Corbo's Bakery in Little Italy http://clevelandlittleitaly.com/corbos-bakery-and-cafe/ 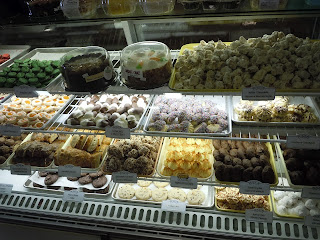 Finally, I give an enthusiastic and heartfelt 'Thank You' to my hosts Ti, Christian, Sasha, and Frosty for their kindness, generosity, and hospitality.  And another 'Thank You' to Dot and Norm for dragging me out of my studio for a week to see more of the world.  Good luck Natasha!

Guess which one was having more fun?  Fortunately for Norm, you can see both of my hands (not standard operating procedure...).  This image was taken shortly before shooting my eye out at Ralphie's house. 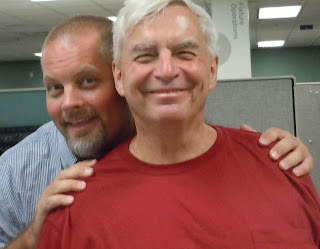 Next time we get right back to studio madness!