I Don't Feel Tardy (Part I)

For whatever reason, even though I have worked on several carved frames since starting Punching Holes in The Rah-Rah, I have done a sub-optimal job of documenting the process (the painting process in particular).   I now present to you, Box of Wonder...... 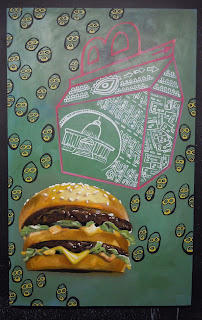 After everything is carved out with my Dremel Tool, I hose down the frames with a liberal amount of black spray paint.  It basically ends up being a 'liberal amount' because it is surprisingly difficult to shoot the paint directly in to the thin linear parts (cracks) of the carving (which is nothing like Beggar's Canyon back home.....). 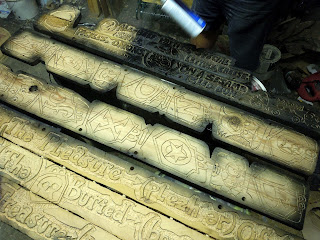 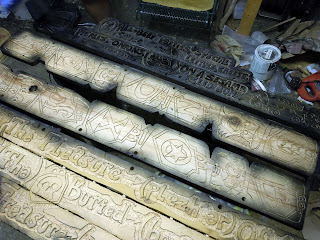 This third image of me spray painting the frames black is a bit redundant, but I would hate to be accused of not being....well, uh....something..... 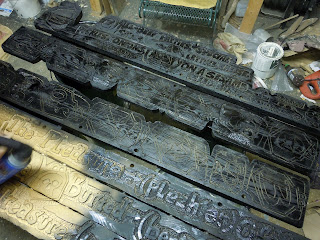 Before I dive into any color, here is an image of the frame (mid-carving) next to one of the sketches used in the frame. 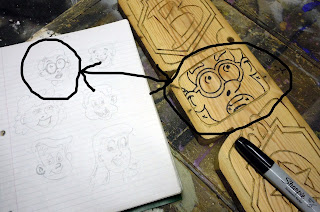 Then I usually try to start with the color that will go on the largest area of the frame first (work from the general to the specific).  So for the first color I put down a greenish-yellow (it basically looks like yellow until you see it next to an actual yellow, and then the green starts to emerge).  These images show the second color (a darker dull green with just a hint of blue). 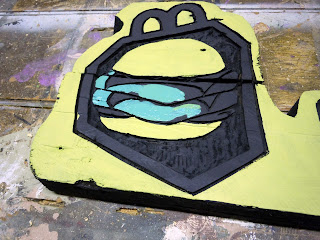 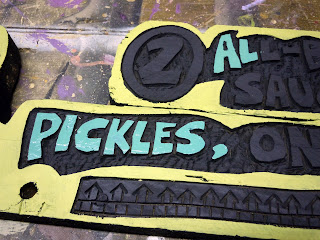 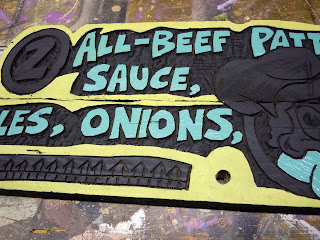 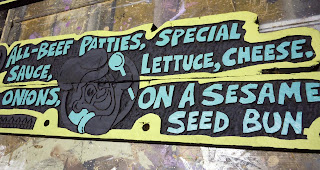 Just a little more green. This time it's even darker and closer to actual green (the pure hue). 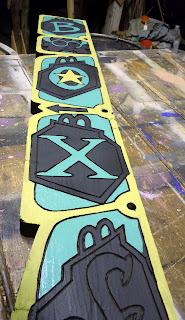 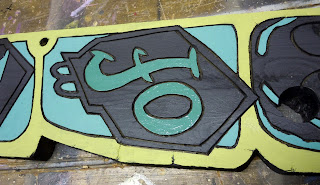 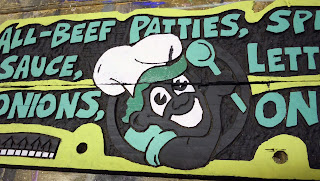 Once the main colors are laid in, it is time to start adding smaller areas of more intense color. 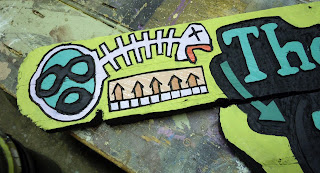 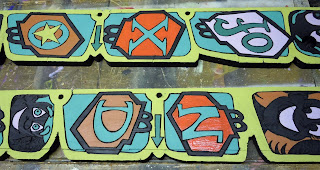 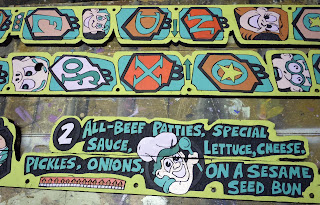 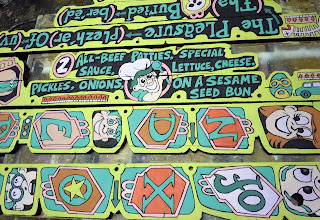 Ladies and Gentlemen,  Box of Wonder with carved frame. 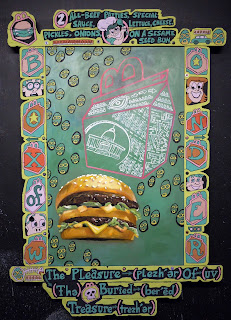 On a lighter note, when life isn't grinding us down like an unholy succubus gnawing on a soul-flavored chew-toy, occasionally a bit of joy and delight takes bloom.  However fleeting these small victories are, they serve as a reminder that existence is not always a perpetual and metaphorical kick to the ding-ding......

Do you ever have one of those nights where you are extremely hungry, you are in no mood to cook, and you don't really have the spare cash to buy your way out of hunger?  Well tonight was one of those nights.  However, somewhere, deep in the back recesses of my mind, I remembered possessing something almost magical in nature.  Not actual dweomercraft, or even sleight of hand, but conjuration none the less...... 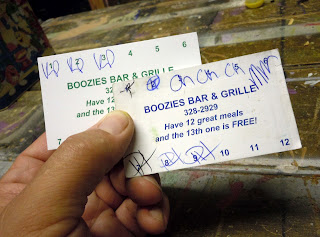 My two partially completed Boozies cards equaled one totally filled up card which translate into..... 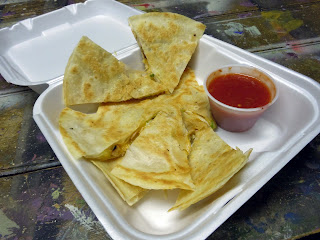 That's right kids, a free chicken quesadilla from Boozies!!!!  As an added bonus, Thomas (the cook) will on occasion draw a scuba/scooba image on my Styrofoam to-go container.  Here is my collection so far.... 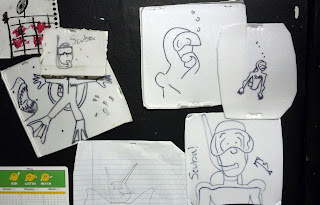 In fact, one of Thomas' scooba dudes has found its way on to one of my carved frames (part of the frame for Swan Dive Bomber).  -and by 'found' I mean I put it there!