Back On The Case Part IV: Squishy Rumba

For Merican-Tastic! I had started working on over 20 pieces. Paint a little here. Carve a little there.  Basically pushing their progress forward in erratic increments as time, materials, and inspiration dictated.  As the opening date for the show drew near, it became time to determine which ones were 'finishable', most compelling, and worked best with what I saw coming out of Heidi Hernandez's studio.

Squishy Rumba was one of those pieces that I cut from the roster back in early May of 2012 so I could focus more on other works.

Here are a few shots of the early stages. 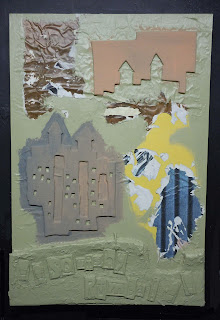 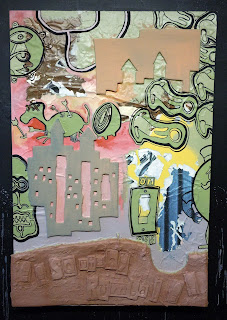 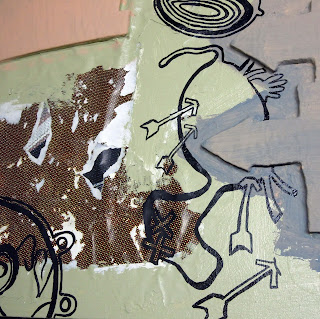 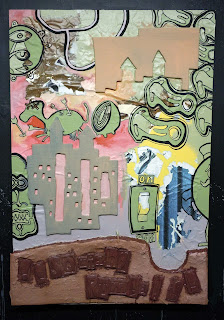 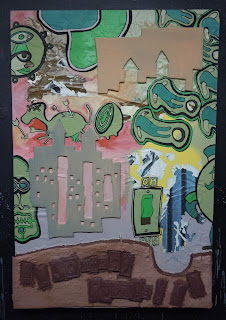 After several months of sitting idle, it is time to re-engage Squishy Rumba!

Slappin' down some line work. 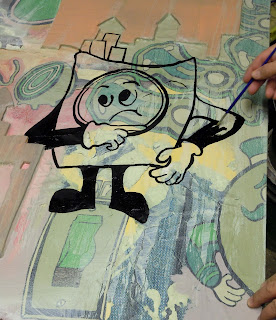 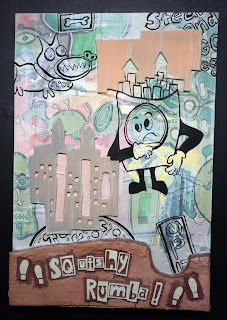 I decided to add primarily muted colors/earth tones so the more colorful background would still push forward and because I want to paint those pesky negative shapes brighter colors as well.  If all of the colors are bright and garish, the effect is more like a thumb in the eye than something pleasing to look at. 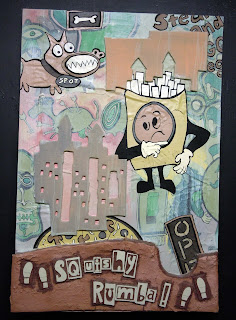 Now for the brighter colors. 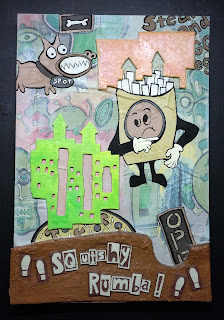 Even though the piece may or may not be complete, I am satisfied with the 'anthropomorphic bag of fries guy', therefore I have taken a detail shot of him and have begun using it for early publicity opportunities for Merican-Tastic! II: The Son of Tastic!.

I'm hesitant to push the canvas any further until I have the frame drawn, carved and at least partially painted. Time to work on the frame.

Here are a few images of laying down the line work for the carved frame.

I started carving parts of the frame before I had the whole thing laid out.  I left areas I was sure about un-carved until I had the imagery/ideas a little more solidified in my head.  Bottom line: It's hard to un-carve something you just carved.

Several hours of sketching/brain-storming later, and I have 90% of the frame ready to be carved.  All I have to do is finish laying out the line work. 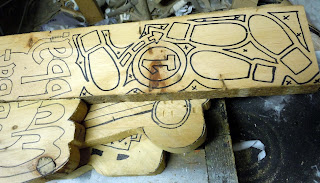 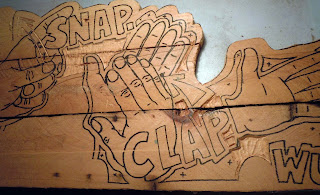 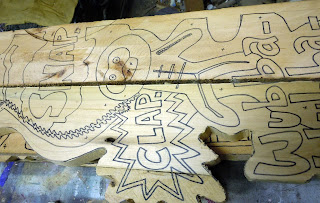 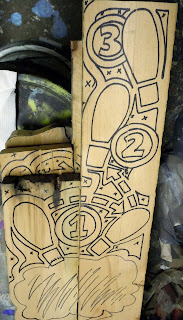 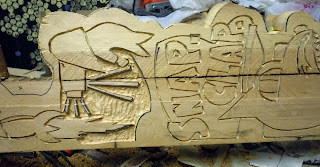 I decided that the right-hand frame is going to need an extra 'bit of frame', so I pinned a chunk of wood on with a couple of dowel rods and some wood glue. 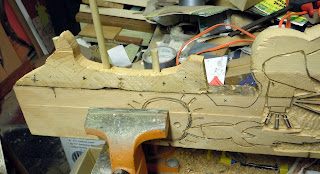 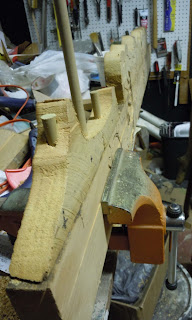 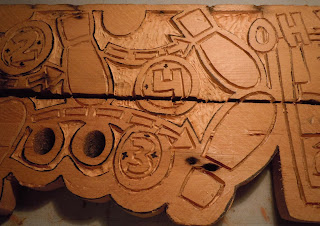 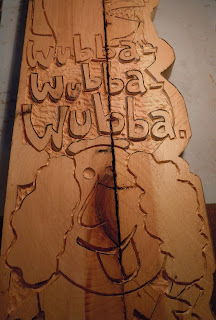 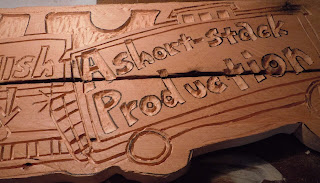 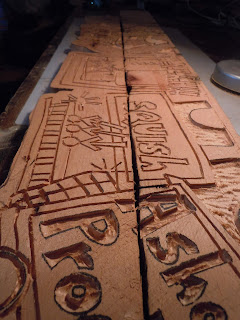