Back On The Case Part IX: Another Stab At Arena

Arena.  Wow, I have been kicking this piece around in one configuration or another or another for over a decade.  Bits of 'progress' here and there, but I've never been satisfied with the final result(s).  So Arena has enjoyed a great deal of time in storage/Limbo....

Here's a shot of Arena after its most recent reworking effort back in 2011.  The figure and the fortress truncate the horizontal movement and don't offer much in the way of vertical movement either.  Fundamentally it's about as exciting as ping pong without a ball. 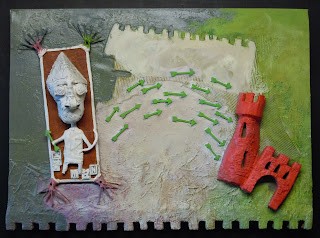 Recently, I have developed some new ideas on what needs to happen with Arena to bring it to completion.  Cross your fingers..... 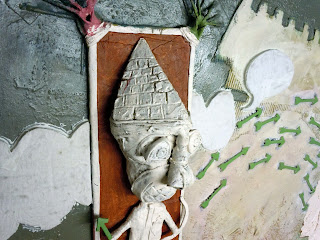 Basically, I need to add a few elements that break up the deadened verticality and energize the horizontal dialog by adding a 'return trip' in the composition. 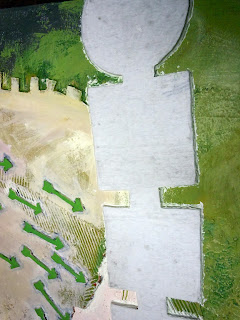 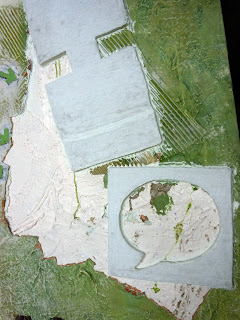 I can offer no apologies today, but I am beginning a 'comic book exclamation bubble' kick that I will probably utilize ad nausium.

To redirect attention back to the left side of the canvas I need something that repeats a motif from that side of the composition, but with noticeable variety.  And so begins the construction of this face/mask/character which mirrors/mimics/eludes to, the larger 'Mr. Man' figure on the left side. 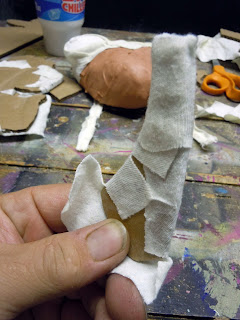 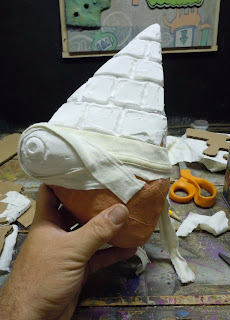 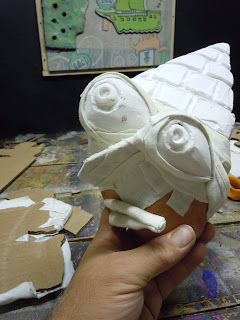 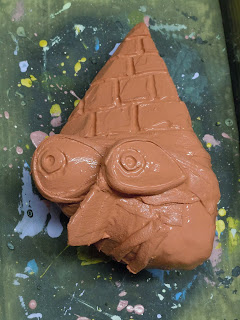 The time lapsed from that first image to the image below is roughly a week (with other projects engaged in the interim). 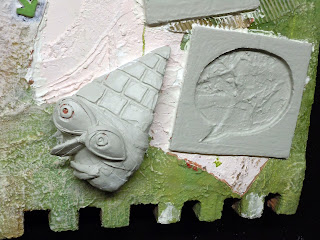 Now it just needs a preliminary base coat of paint to accentuate various elements. 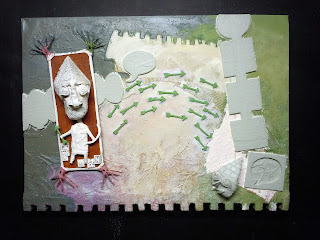 And then it's time to start progressing towards some more specific color relationships/interactions.

The figures will ultimately be a light dingy green color with a few accent colors to boot.  Before I fine tune anything though, I want to just get down the basic colors so any adjustments in the future will be minor and better informed.

First step, fill in many 'nooks and crannies' on the figures as well as the carved wooden letters with a dark green color. 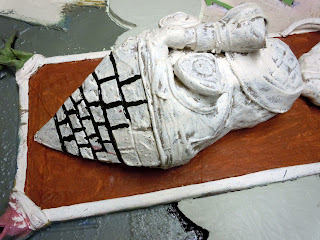 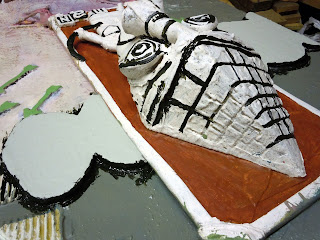 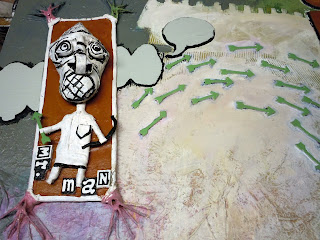 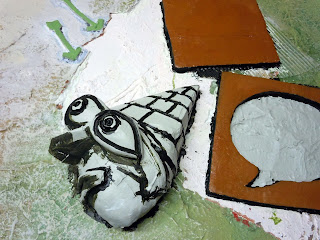 Then I want to intensify the base color for the 'warm' areas.  I had applied a thin coat of a yellowish rust color earlier, now I want something thicker and more intentional looking. 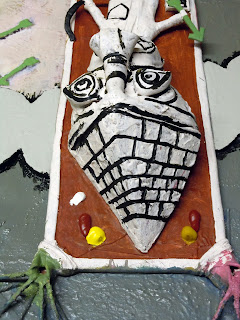 I'm not even mixing the colors on a palette, they'll get sufficiently blended/mixed as I paint. 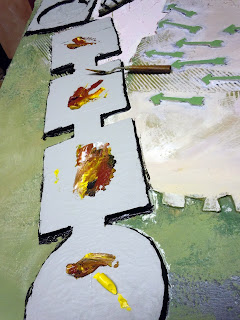 Time to hit the figures with an off-white color.  The dark green that I put on about an hour ago will still be thoroughly wet (since it is oil paint which dries over the course of days) and will 'contaminate' the off-white and make it much more of a greenish hue. 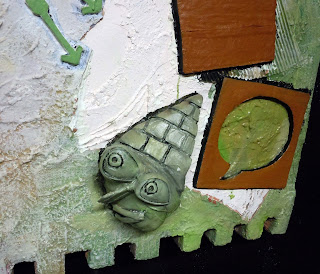 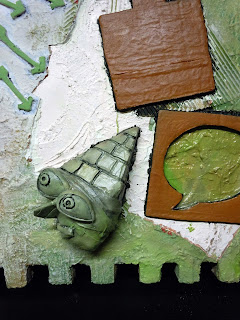 I plan to go back over both figures when they are dry with that same off-white color, but this underlayer of green will be essential to how the final piece looks. 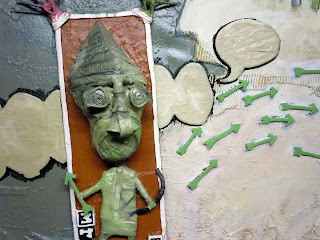 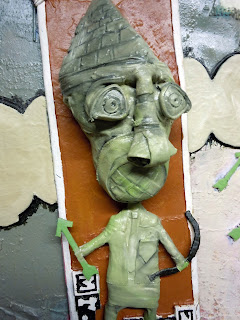 Arena is pretty 'wet' right now so I have to let it dry for about a week before I come back in with the next wave of paint.  However, the image below shows a good indication of what the final piece will look like. 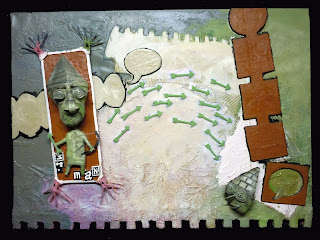 Next time we'll talk about some things or some stuff.  I am not yet sure which.