Shifting pieces around on the chess board trying to get everything lined up and ready for a two-week artist residency in Suriname later this Summer.

Terry Rathje and I going to be building a sculpture (along with several local Surinamese students) in the town of Moengo.  We will also be offering several workshops in Paramaribo (the capital of Suriname) as well as having a gallery exhibition of our artwork.

Our plan is to construct two mixed media (primarily wooden) heads facing each other with a profusion of circular forms flowing away from the heads.  The piece is going to be called Colloquy.  Here are two computer renderings that Terry created to help illustrate the idea. 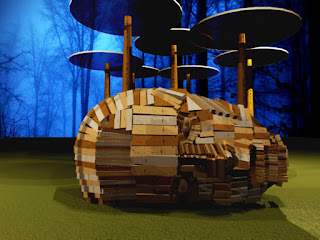 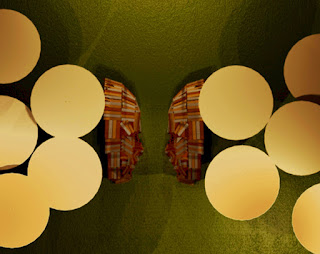 In the next two months, Terry and I have to finish the artwork for our show (in Paramaribo), ship the artwork to Suriname, get a delightful variety of shots/immunizations, plan multiple workshops covering several different topics, and plan out our sculpture for Moengo.  It's going to be exciting!

We have been in regular contact with our friend Melissa, in Suriname.  She has been the essential driving force that is making this whole endeavor possible.  Below is an image of one of our Google Hangout sessions with Melissa.  She's in Paramaribo, and we're out at Terry Rathje's studio by the Wapsi. 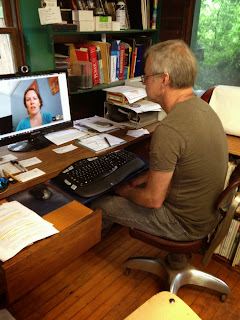 After a brief meeting with Melissa, I head back to downtown Davenport to continue working on my pieces for our show.  Here's a shot of some of them hanging out on the roof to speed up the drying process. 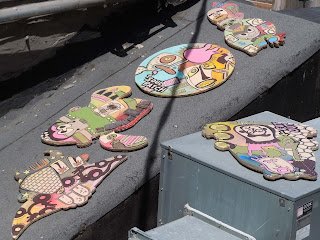 While those 5 are outside getting a suntan, I'm inside the studio finishing the first color layer on this bad boy. 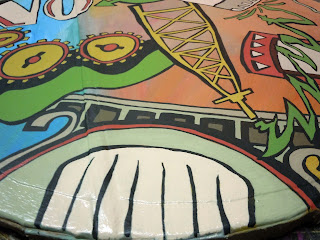 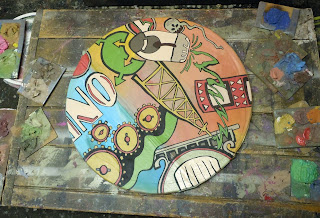 Once the colors have dried, I haze over them and start a second layer. 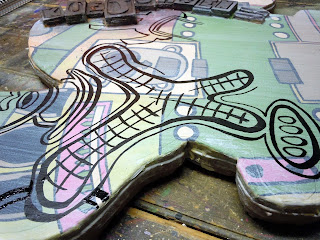 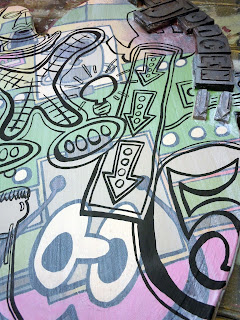 Next time we'll explore The Paper Ball.
Posted by Steve Banks at 12:05 PM