I know I promised a ziggurat fabrication for this post, but before I do that, I thought it important to show the making of the actual ghost light for the show Jefferson Pinder -Ghost Light.  Although a typical ghost light is just a bare bulb on the end of a light pole, this show needed a little extra sumthin' sumthin' for the ghost light.

Jefferson Pinder thought it important to reference the agricultural underpinnings of this area (past and present), so his ghost light is created out of old farm/agricultural equipment.  Fabrication of the physical ghost light was going to require some welding, cutting, grinding, and electrical wiring.  In my book, that means you call on my friend Tim Guy.

Here are some shots of Tim modifying the original ghost light structure into a narrower configuration. 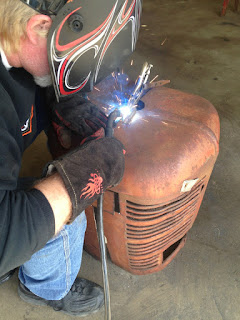 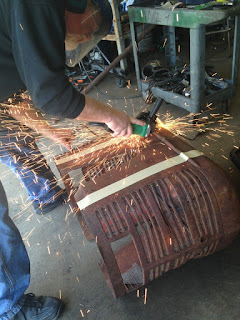 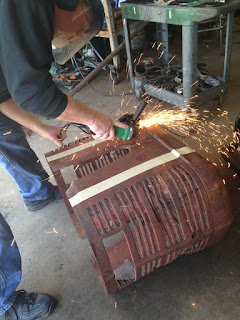 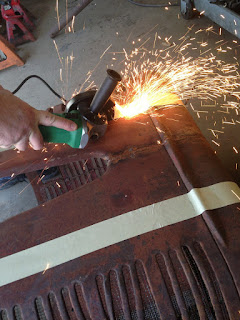 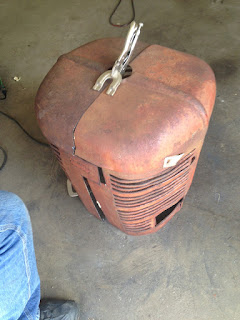 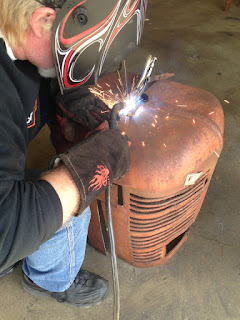 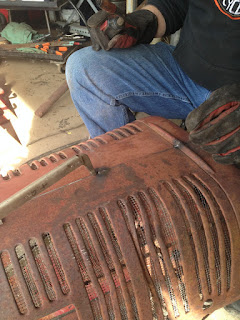 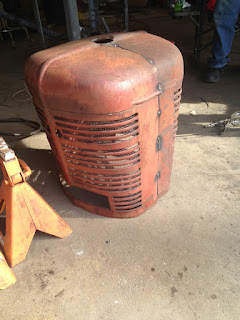 .....the ghost light installed at the museum. 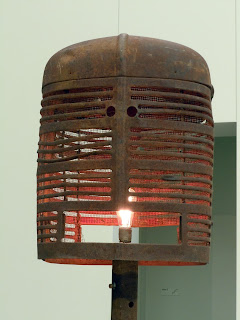 In addition to the physical ghost light, Jefferson also worked with a couple other artist to make this sign.  In Chicago, he worked with Jacob Fishman (check out Jacob's work by going to http://www.fishtrie.com/) to fabricate the 'neon portion' of the light.  Here in the QCA Nancy Solbrig (check out Nancy's work at www.leebots.com) and Joe Ryan (check out Joe's work at www.sos563.com) fabricated the box/sign portion. 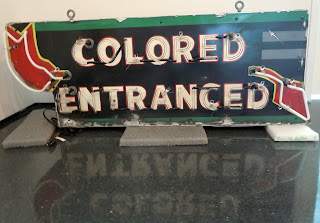 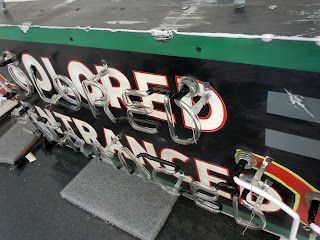 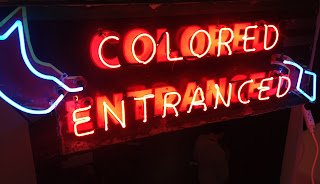 Tim Guy and I installed the neon light on a bracket that Tim fabricated. 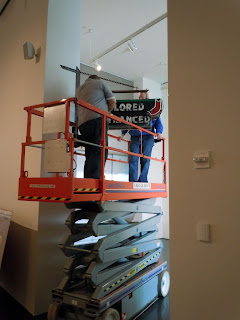 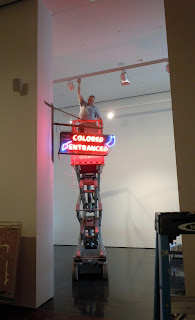 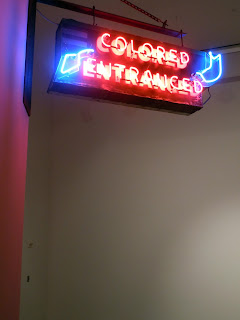 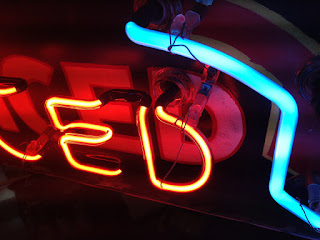 So I'll close with a few shots of the ziggurat starting to come together. 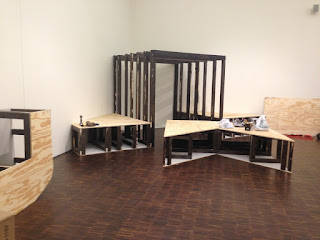 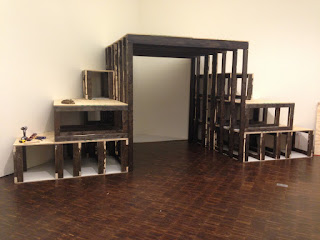 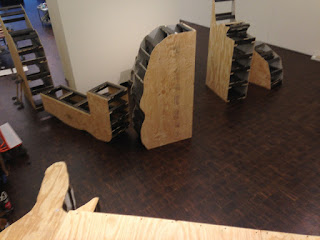 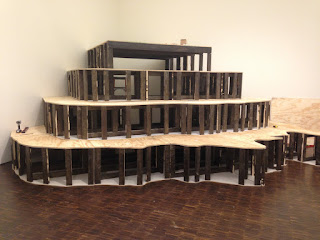 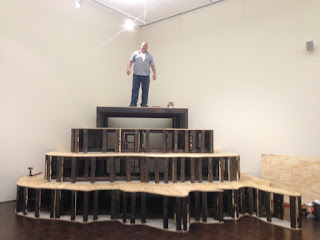 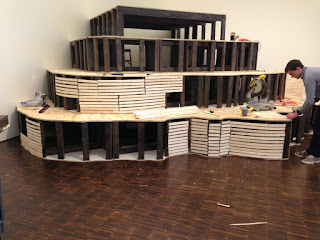 Josh Johnson, Andrew Wallace, Vanessa Brown and I covered the outside with lath.  Once the lath was all in place, Josh, Jefferson, and I painted it. 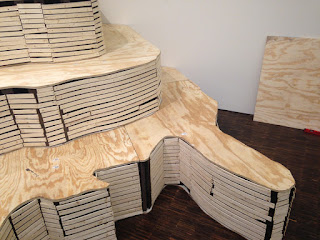 Dean Kugler is standing on the top tier of the completed ziggurat while discussing aspects of his upcoming performance, 'Token', with Jefferson Pinder. 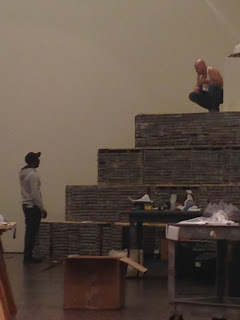 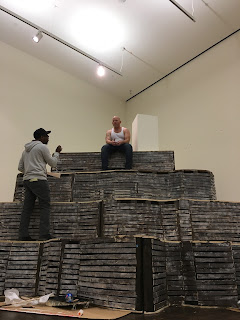 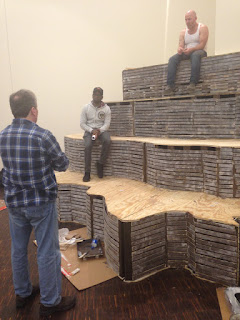 The ziggurat with interior illumination. 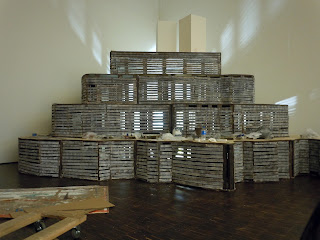 What it looks like with all the lights off in the 3rd floor gallery space. 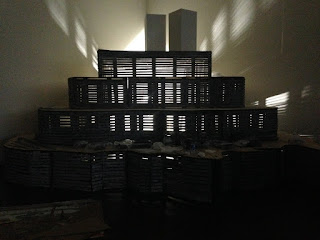 Next time we'll take a look at the set for Joe's Barbershop!
Posted by Steve Banks at 8:52 AM