This is Bro Kin from Heidi Hernandez's and my show, Merican-Tastic!, back in 2012.  I've kind of been itching to turn Bro Kin into something more/different. 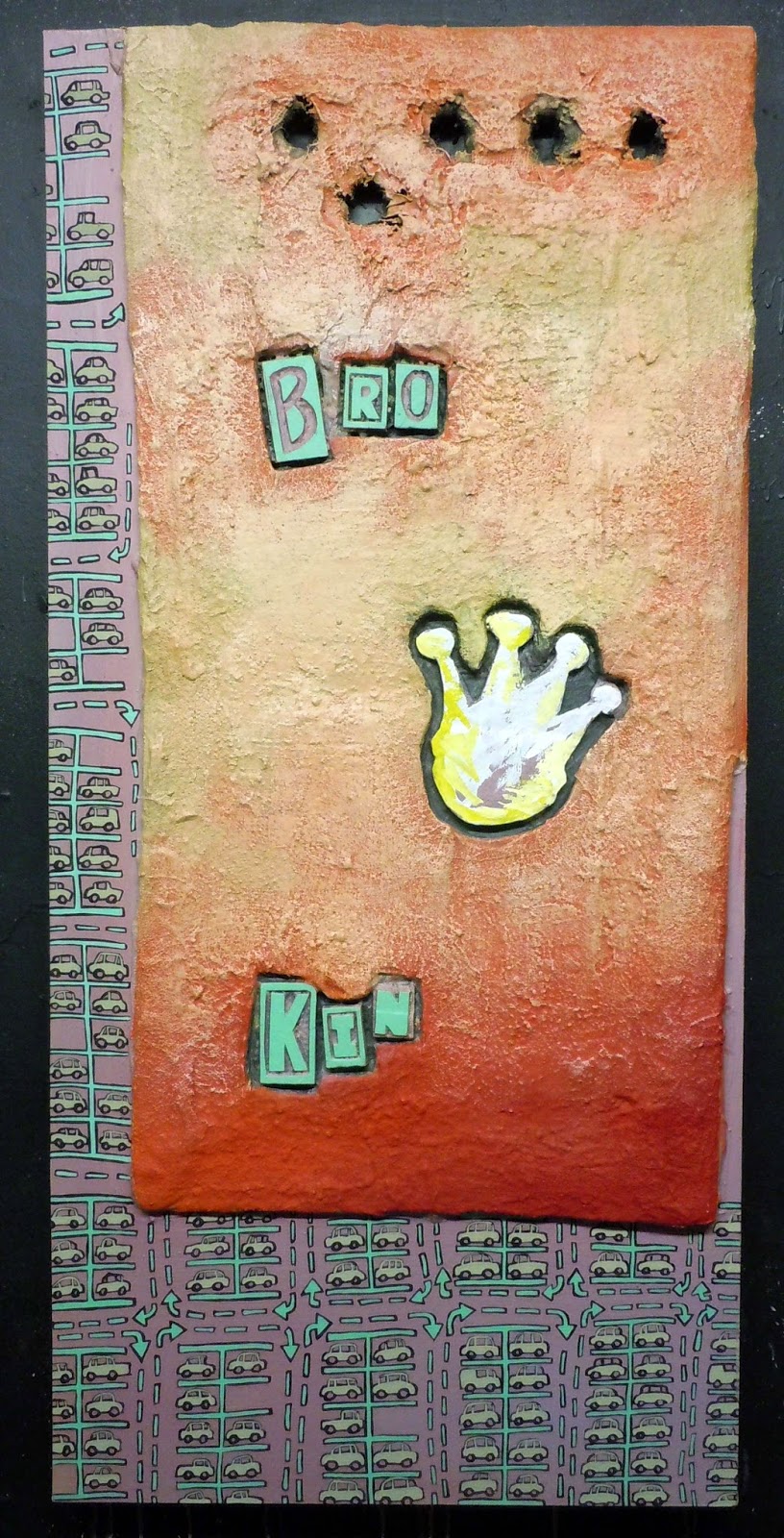 Bro Kin needs a new home.  Time for a canvas-endectomy...... 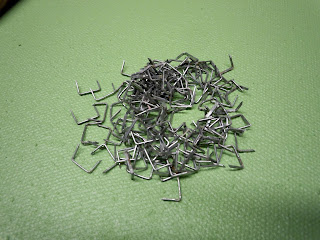 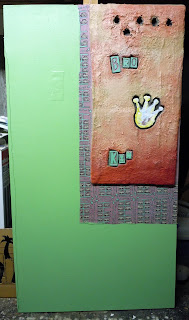 Bro Kin has some really nice textures that I want to maintain in its new incarnation. 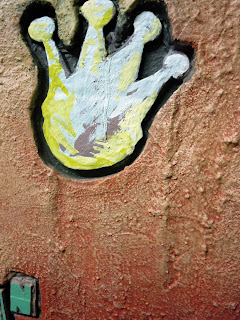 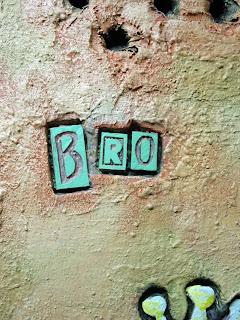 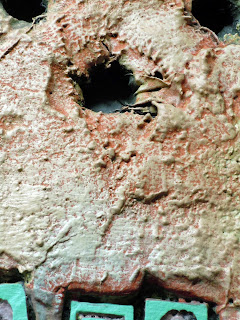 I also had this relief element left over from an earlier version of Los Reyes that I removed but kept around in the studio because it had too much potential to just discard. 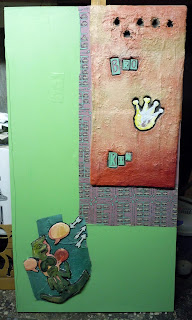 I can't say that I am a huge fan of the line work on this two-headed figure.  I will likely paint over it. 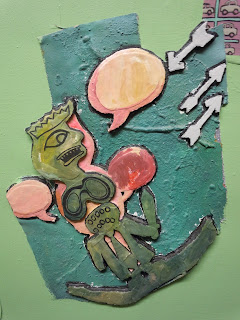 I combed through my sketchbooks and found some drawings I thought could work as a base layer. 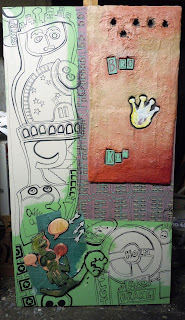 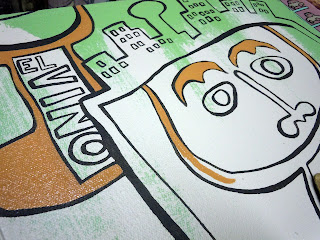 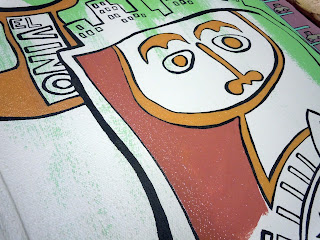 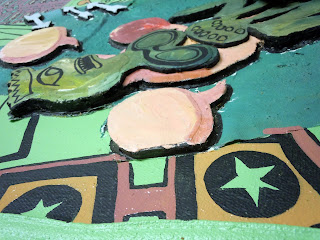 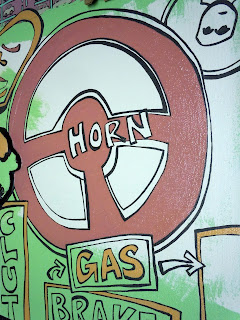 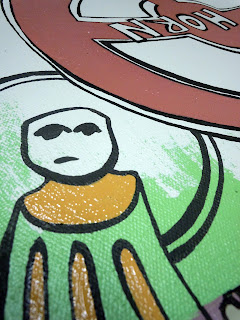 You can see RE/DE in the background.  I try to keep other pieces around me while I am working because when I see what is going on in those pieces, I frequently gain insight(s) into what I need to do on the piece on which I'm actually working. 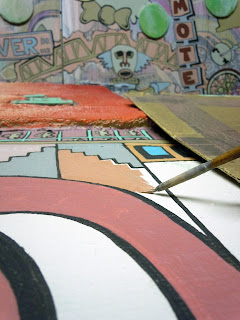 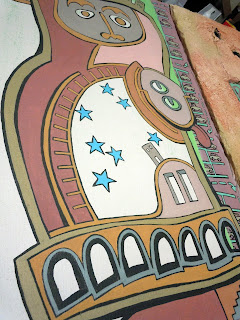 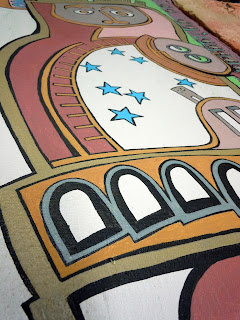 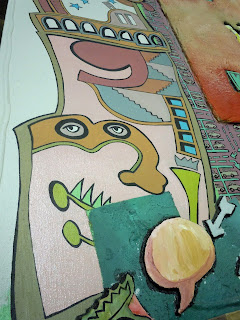 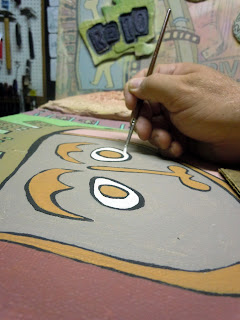 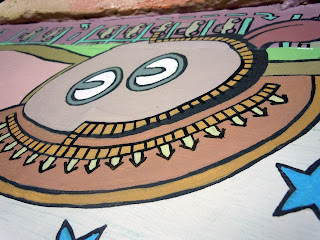 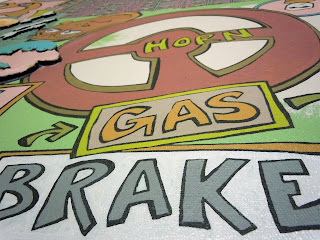 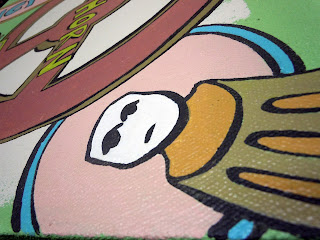 Time for the color wash to separate the layers of imagery..... 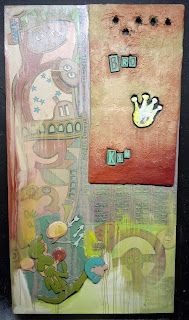 I have to admit, I'm really happy with how this haze layer turned out.  Believe it or not, I kinda want to paint a bunch more parking lot on this piece.  We'll see.

A sketch that may find its way into the second layer......? 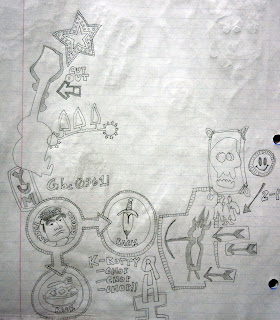 That's it for Bro Kin for now.  Next time we take a look at what is going on with Voyage of Discovery.