In a previous post, I talked about the importance of having a title -or even just a name by which to refer to a piece.  The small canvas that is the genesis for the larger work I'm about to discuss was referred to as 'Flag', because it was partially reminiscent of a rearranged flag.  It wasn't much of a title, but it turns out to be appreciably better than nothing.

I am by no means committed to the title 'Flag', but it (the working title) gives me a starting/departure point to dive into the piece.  Almost like an interesting sketch that I am eager to put down on a canvas, sometimes the (working) title helps generate ideas on how a piece needs to develop.  It may not be 'where' the piece ends up, but having a title/descriptor helps generate forward momentum. 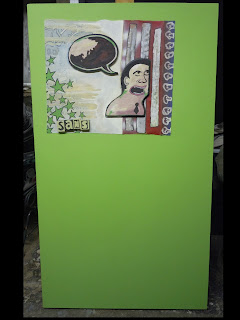 I cut the small canvas ('Flag') free from its stretcher bars and attach it to a larger canvas.  As both a fun visual, and added holding power, I also stitch it into place.  The stitching is overkill, but it is a nice subtle visual treat. 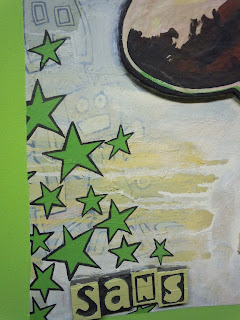 A couple shots of some of the stitching. 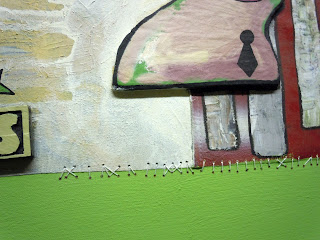 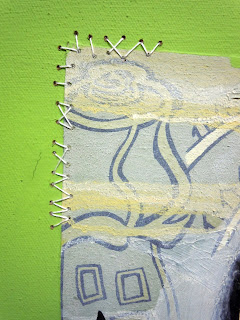 While I'm discussing the original smaller image/canvas, I'm going to detour ever-so-briefly to a few early stage photos I recently came across whilst unsuccessfully looking for another image on my hard drive.  Anyway, here are a few early pics of the small image. 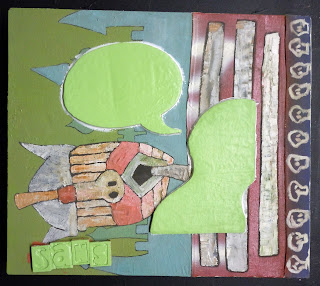 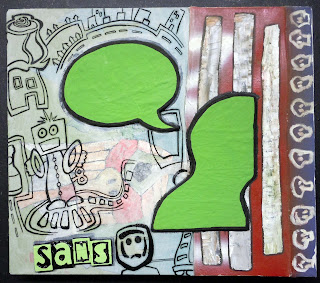 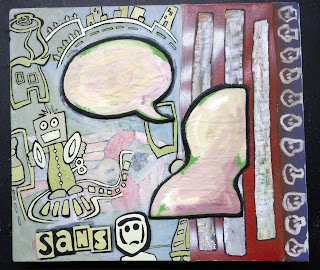 Hey, I didn't say they were Earth-shattering images...back to the piece already in progress.

Time to add the first wave of color.  Since the working title is 'Flag', the use of red seems like a good foundation on which to build a composition.  If the color scheme is truly horrible, I can paint over it.  But marks/colors of any kind allow me to 'respond' to something.  A blank canvas can be quite daunting. 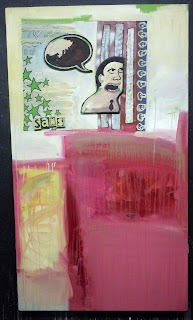 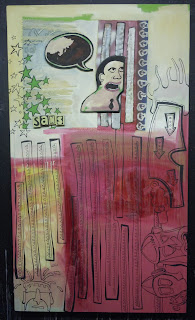 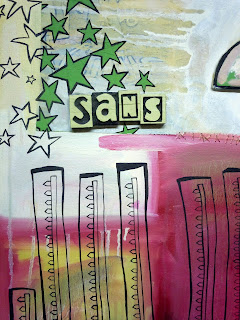 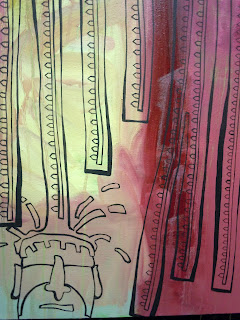 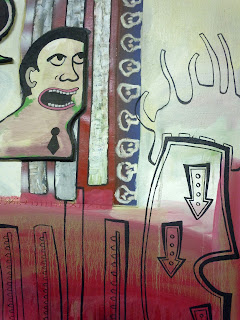 Now for some color... 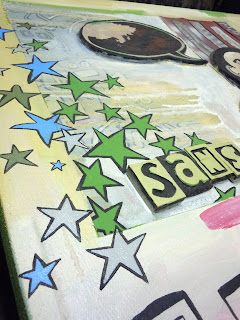 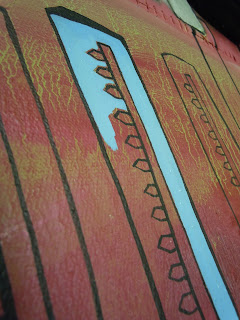 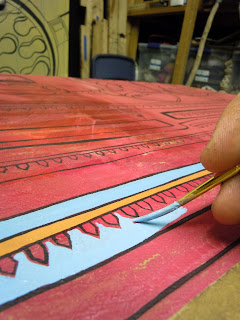 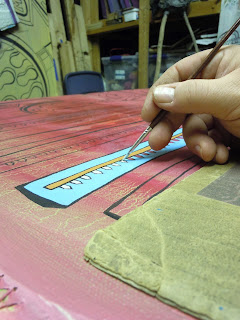 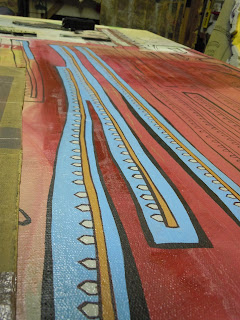 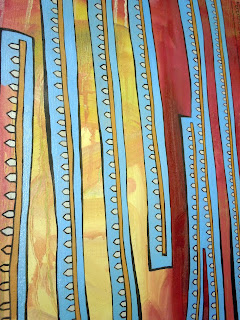 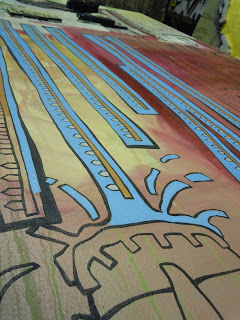 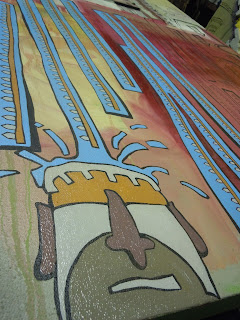 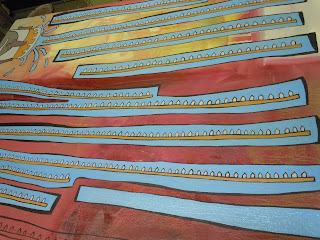 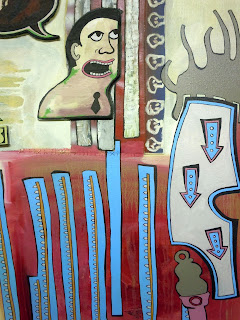 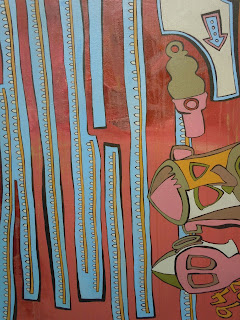 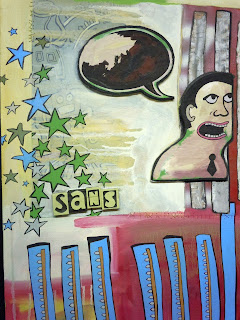 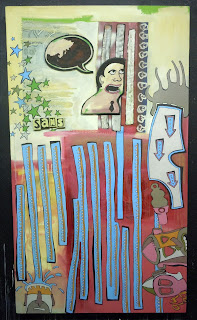 'Flag', or whatever it will ultimately be titled, is taking shape. I have roughly 4 weeks to complete it, along with all the rest of my pieces for Pop Culture Palimpsest.  Who needs sleep?