Recently, I have enjoyed the good fortune of some uninterrupted studio time in the ceramics studio at Black Hawk College.  I have tried to make the most of it by doing some explorations (instead of just masks).  Originally, I thought I was going to make a bunch of little cars for a drive-in movie installation idea I had, but I happily let myself get sidetracked...

Here are some of the clay projects I have been working lately. 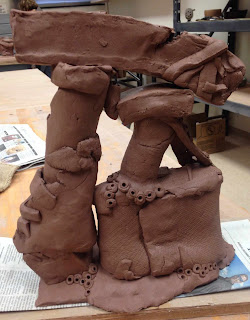 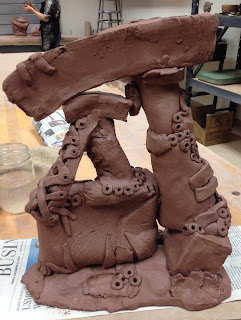 For lack of a better term (or a more clever/poetic turn of phrase), I'm currently just calling these 'towers'.  They are rooted in the same basic idea as my abandoned roadside billboards/signs pieces.

When I say billboard/sign idea, here are a few examples of how it is manifesting in my works on canvas... 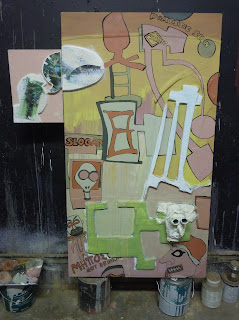 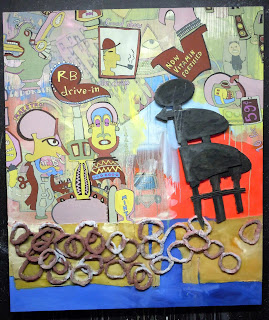 Back to the clay! 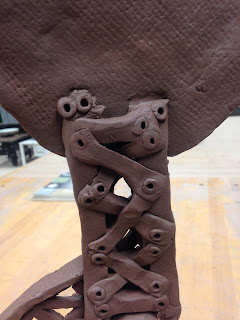 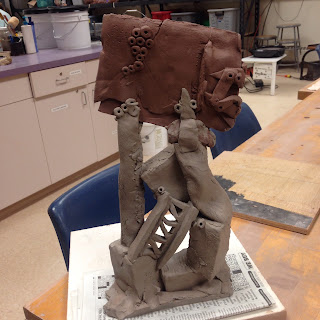 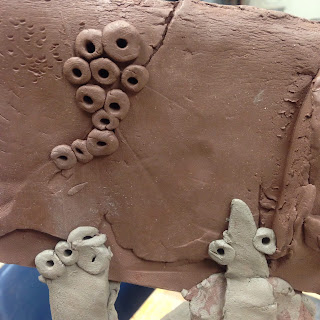 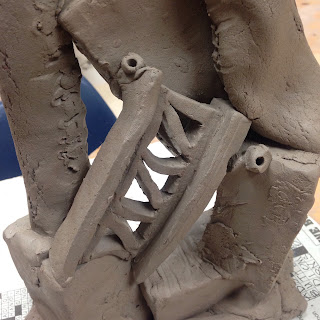 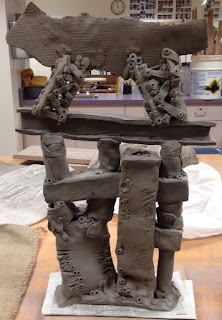 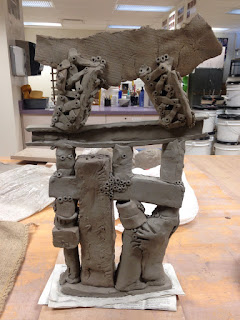 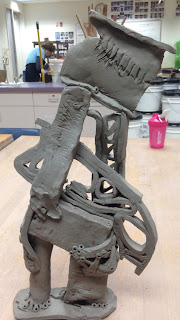 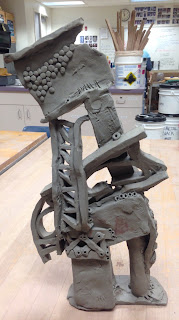 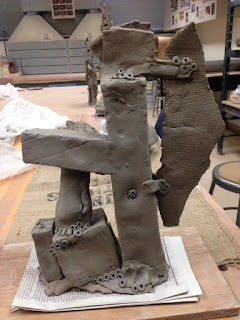 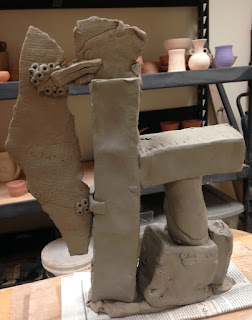 They are certainly fun to build/fabricate.  Due to their size and shape, I can only fire a few in the kiln per bisque fire, so it is taking a while to get these moved along to the next stage.

I have also squeaked out a few faces/masks along the way! 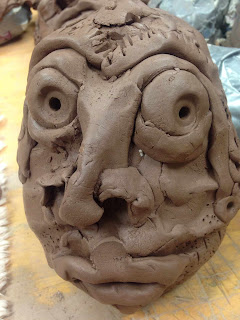 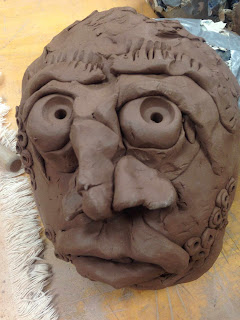 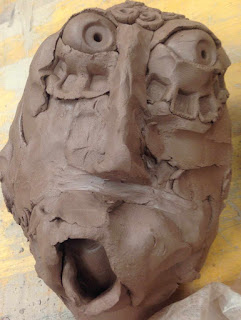 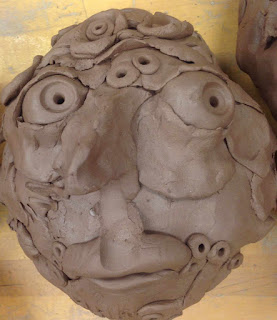 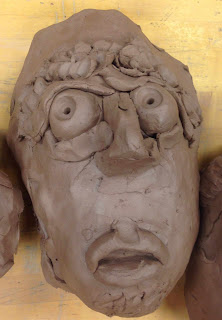 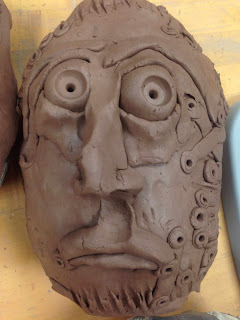 Next time we'll check in on one or two of those works on canvas that I mentioned earlier...
Posted by Steve Banks at 5:35 PM