Just when you thought it was safe to go back in the water.........Interloper.

Or at least select views thereof. 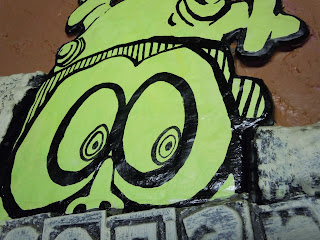 Although I had the basic layout of the piece done for at least a year, I had yet to develop faces/masks/characters/personalities for the three green figures/faces.  I finally hunkered down a developed/generated them.

Several hours later, I had the line work painted. 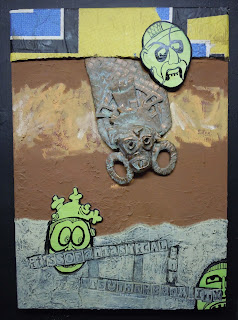 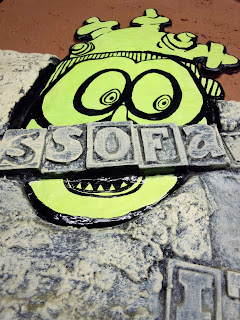 Take a good look at the lower right hand corner, tragedy is about to strike... 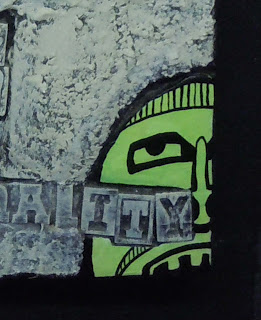 In case you happened to be flying over the Quad Cities on Saturday, August 10th, 2013, (around 6:07 p.m.) and saw a huge cloud of tumultuous obscenities billowing out of the downtown area, this might be why.  I picked up the corner of Interloper where the paint was still wet.  Mucho sadness..... 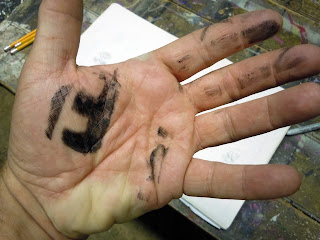 Anyway, enough tales regaling my raging incompetence, it's time to look at some carved frames....

Remember that scene in Die Hard when John McClane was down to his last two bullets and just had a hand gun and had to take out three bad guys?  Well, other than the parts that are different, I had nearly the same thing happen to me going into the homestretch of carving frames for Merican-Tastic! II: The Son Of Tastic! 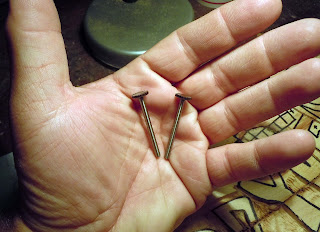 Here are some detail shots of the frame for Skylyne Dryve. 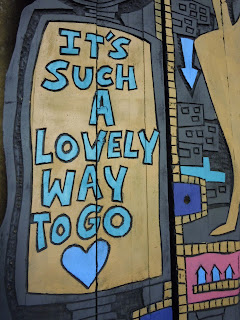 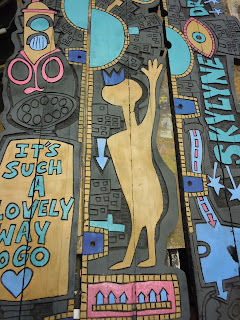 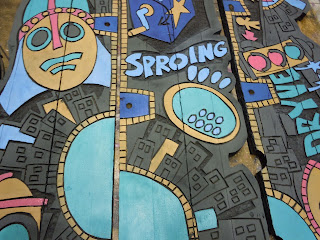 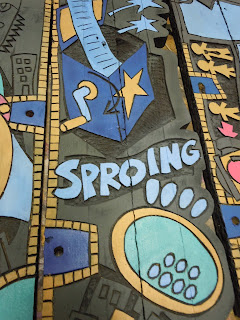 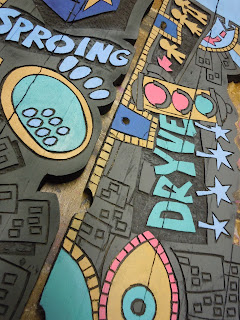 The finished product for High Noon On The Streets Of Reason. 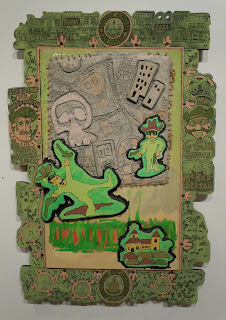 How about a few sneak peek images from some of the coolness that is Merican-Tastic! II: The Son Of Tastic!?

Let us start with a trio of excellence from Terry Rathje. 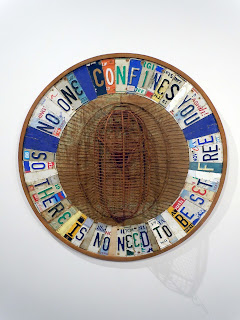 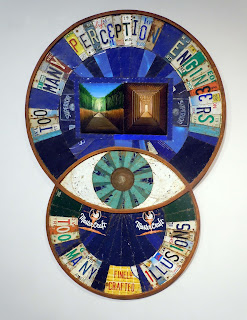 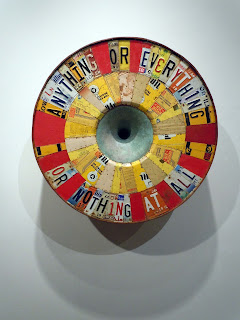 Here is a quick detail shot from 'No One Confines You...' so you get a sense of the cage he has mounted to the surface. 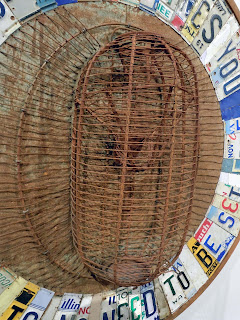 Some amazing work from Heidi Hernandez. 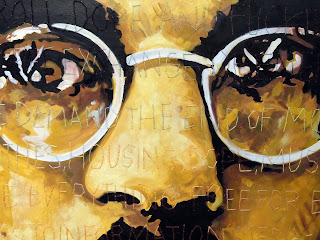 ...and a couple of my pieces with a carved frame.  First up is Squishy Rumba.... 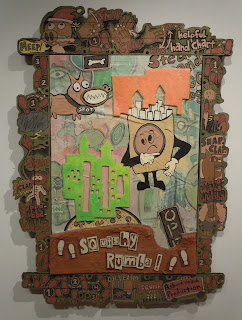 ...followed by Mine and Yours. 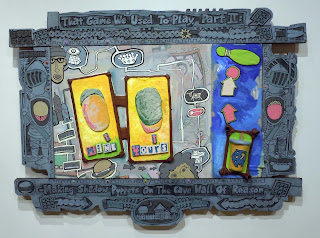 Tomorrow we'll have an 18 image sneak peek at the show.
Posted by Steve Banks at 9:14 AM