Do I really need to show you more than this image? Probably not.  This is a piece I started and then Heidi Hernandez finished. 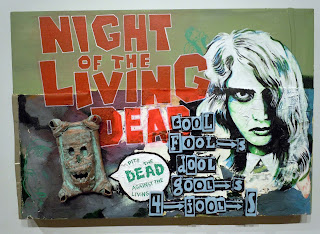 Ghoul is one of 26 pieces in Merican-Tastic! II: The Son of Tastic! at Quad City Arts.

Let's go back in time and see a few of the 'starts' before they were exchanged.

These next four are the watercolor 'starts' that Heidi Hernandez created for Terry Rathje and I to finish. 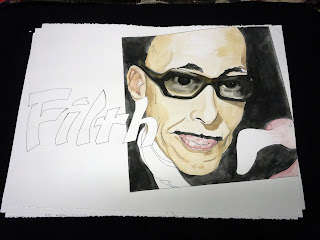 I snagged the first two, 'Filth' and 'Fried'. 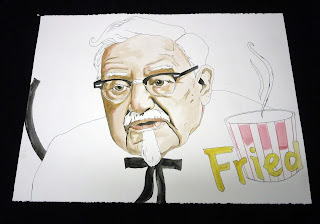 Terry got the next two 'Fun' and 'Fear'. 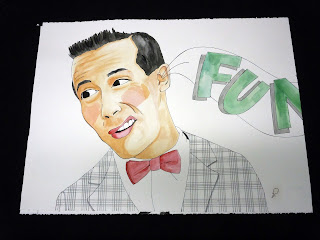 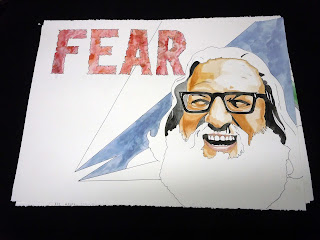 Heidi's use of 'F' started my thought process on how to finish her 'starts'.  Time to make a couple of busts out of fabric wrapped cardboard. 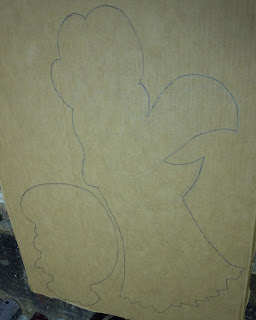 Throw in some cutting and collage..... 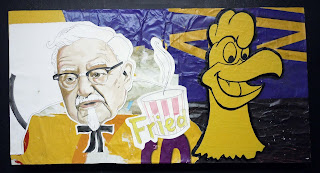 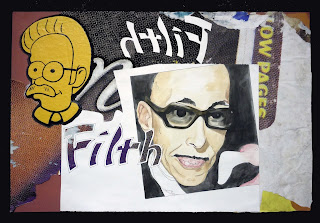 ....and PRESTO! You have Full-Frontal Family-Friendly Fun (top) and Southern Fried Gentlemen of Distinction (bottom). 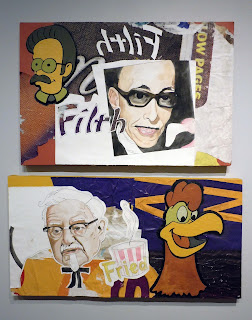 Here's what I gave Terry Rathje to finish. 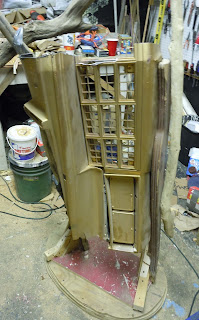 They are a combination of plywood, sticks, and the front end of a car that I hack-sawed in half. 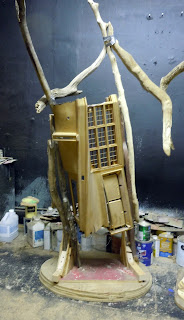 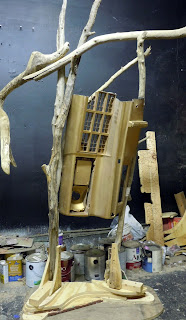 When completed they should be large salt and pepper shakers. 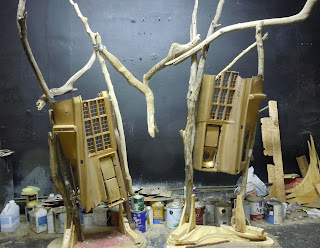 So I needed to go obtain Terry's 'starts' out at his compound on the Wapsi.  I asked him what projects he had going on and which ones may, or may not, make it into 'Merican-Tastic! II: The Son Of Tastic!'.  Here are a few pictures of projects he is working on. 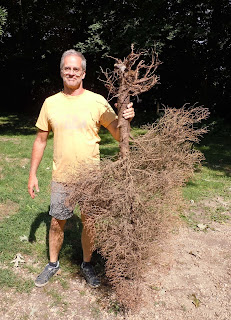 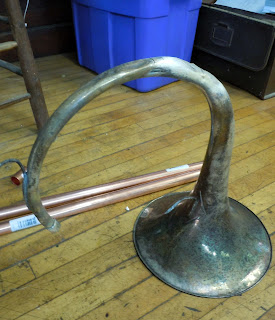 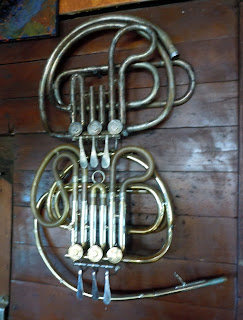 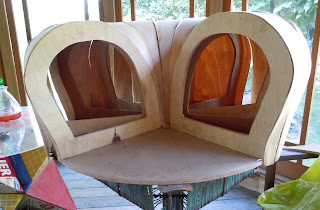 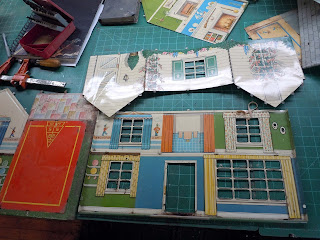 I have no idea what they will 'be' or when they will be 'finished', but a visit to Terry's studio never disappoints.

Below is one of my 'starts' that I gave to Terry back in February.  It looks conspicuously untouched since when it left my studio.  Will it make the roster for Merican-Tastic! II? or will it be in Merican-Tastic! III?........ 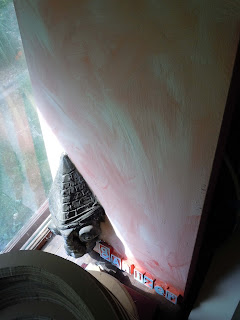 So finally we get to Terry's 'starts' for me.  Terry went big. POW!  Holy smokes! Terry gave me a six-foot tall hexagonal structure complete with a metal roof....and only two weeks to complete it. 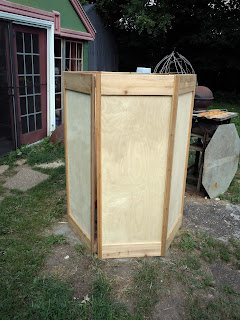 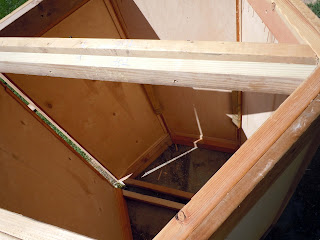 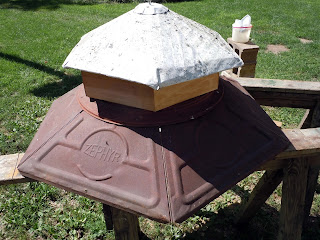 It is a fantastically cool project for which I already have the concept of how I am going to complete it.  However, at my best, I couldn't do it justice in just two weeks.  A younger incarnation of me would have tried to muscle through the project and cobble something together in time.  Older and wiser me now recognizes that as the recipe for a disaster smothered in 'half-ass sauce', so I will definitely save it for Merican-Tastic! III.

I will leave you with one of the two Terry 'starts' that Heidi Hernandez finished.  I don't know the title of this piece yet, but for the time being, we'll just call it 'Two Scoops of Awesome'...... 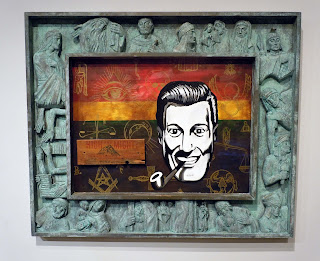 Next time we'll dive into a smidgen more Merican-Tastic! mayhem followed closely by images from the show opening.
Posted by Steve Banks at 8:55 AM