I had an idea waaaay back for some images with faces/masks/figures on the surface that I would pass out (inflict?) on Terry Rathje and Heidi Hernandez for Merican-Tastic II.  Out of the three of us (I was going to work on one or two myself), Heidi is the only one who completed her piece as seen below in Queen of Hearts.  Each piece had words or word fragments made out of wood blocks that I carved with my trusty Dremel Tool.

One of my two pieces is No-Tay-Shun.  Basically, it has been a giant ball of grief for me. 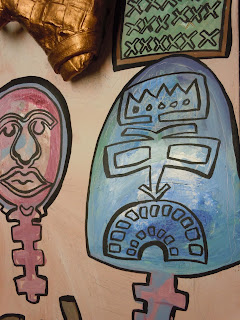 The dancing feet didn't help much either. 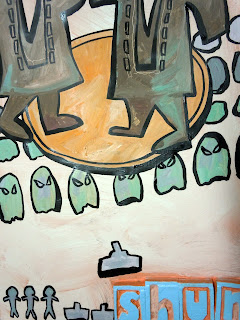 Things might be looking up with the addition of a familiar face.

Add a smidgen of color and then haze over him. 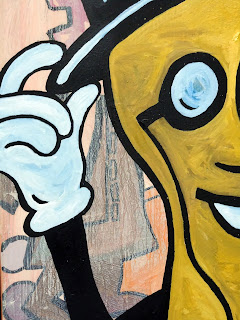 Hopefully this next layer will be a composition I am content with.......yeah. 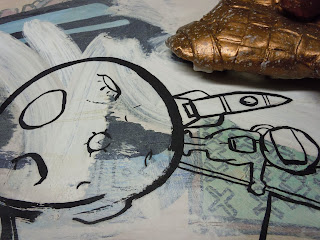 I chose to add a small doodle from the back page of a notebook, that although it was not a terribly 'good' drawing, it had a nice energy to it.  I won't really 'know' until it's in place.  Worst case scenario, I'll haze over that layer too. 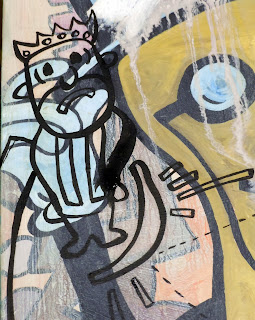 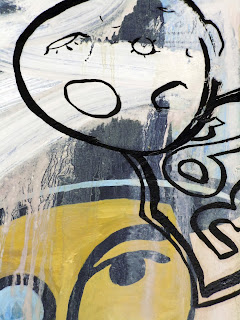 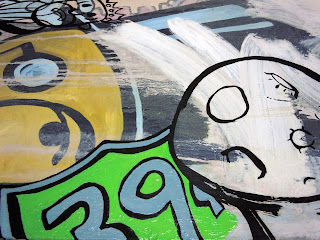 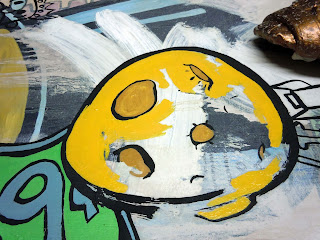 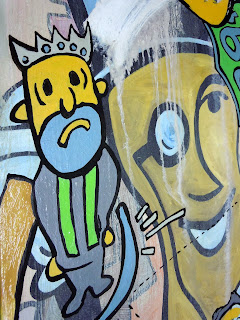 Looking at No Tay Shun in its current state, I'm thinking a 'hot pink' is the key to happiness.

Realistically, when isn't hot pink the key to happiness?