Putting A Stake Through The Heart Of The Redux

Relative Location Redux is nearing completion.  I just have a few color passages to lay down and a little more line work to complete.  It will be one of several new pieces for Ill-Suited For The Pleasantries -which opens at Black Hawk College in just a few weeks.  The timing works out well, since my next project (which is a collaborative effort) opens about three weeks after the Black Hawk show.  More on that one in the near future........('near future' being 2014).

I caught an article on NPR a few weeks back while I was waiting to pick up the Four Foot Assassin.  Unfortunately, I don't recall the author's name, but the topic was the history of hot air balloons and some of the adventures those early pilots had.  The author made a point that the first camera-based image taken from a balloon marked the dawn of the aerial surveillance age.  That idea stuck with me enough that I included it in Relative Location Redux.

I have incorporated flying ships/balloons in earlier works (as in the photograms below), but never with a prominent pilot character at the helm. 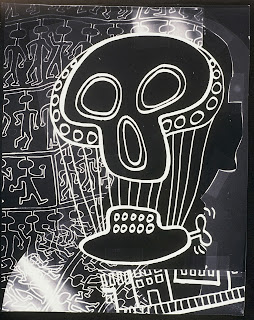 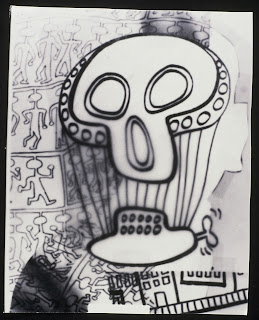 So I included a slightly modified version of this rabbit/bunny figure from an earlier piece called Halcyon Days of Yore.

Here it is without its carved frame. 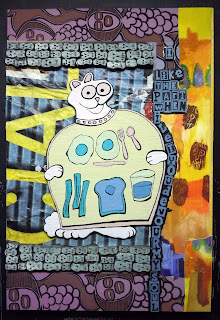 Now with whiskers, flying goggles, and longer ears (and no breakfast). 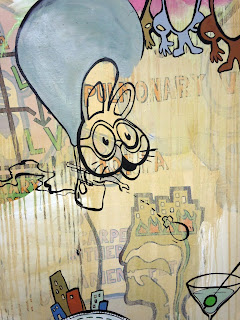 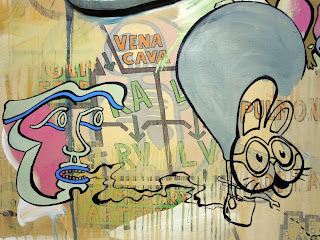 Once the lines are dry, it is time to add the color. 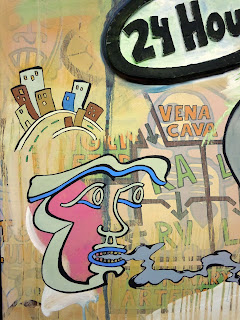 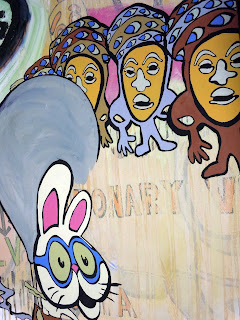 I actually had six or seven version of this devil character before I found one that was remotely acceptable. 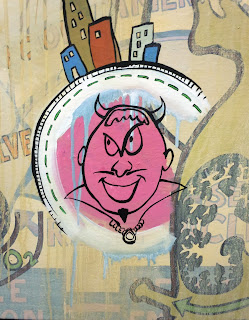 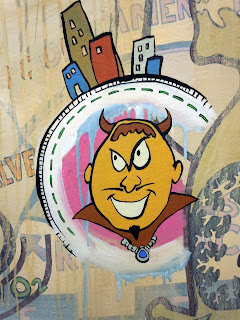 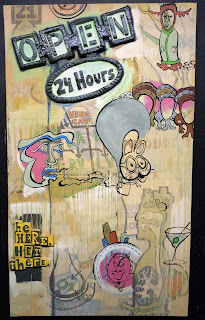 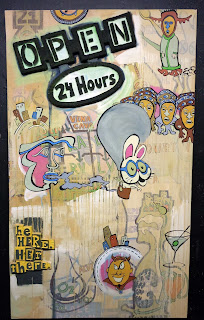