A couple of the pieces I was kicking around for Text Is A Four-Letter Word were: RE 10 and DE 12.  I didn't push them along far enough to be in that show, but I have still been working away on them.

Sometimes I will jot down a series of single words in my sketchbook looking for turns of phrase, ambiguous statements, or interesting word relationships.  RE 10 and DE 12 were born out of this kind of 'literary' riffing/wandering.

In the course of jotting down words, I noticed a relationship between a few of them.  Several of them started with 're' or 'de'.  That's not necessarily much to go on, but there was just enough there to pique my interest.

Soon the ideas for RE 10 and DE 12 began to formulate. 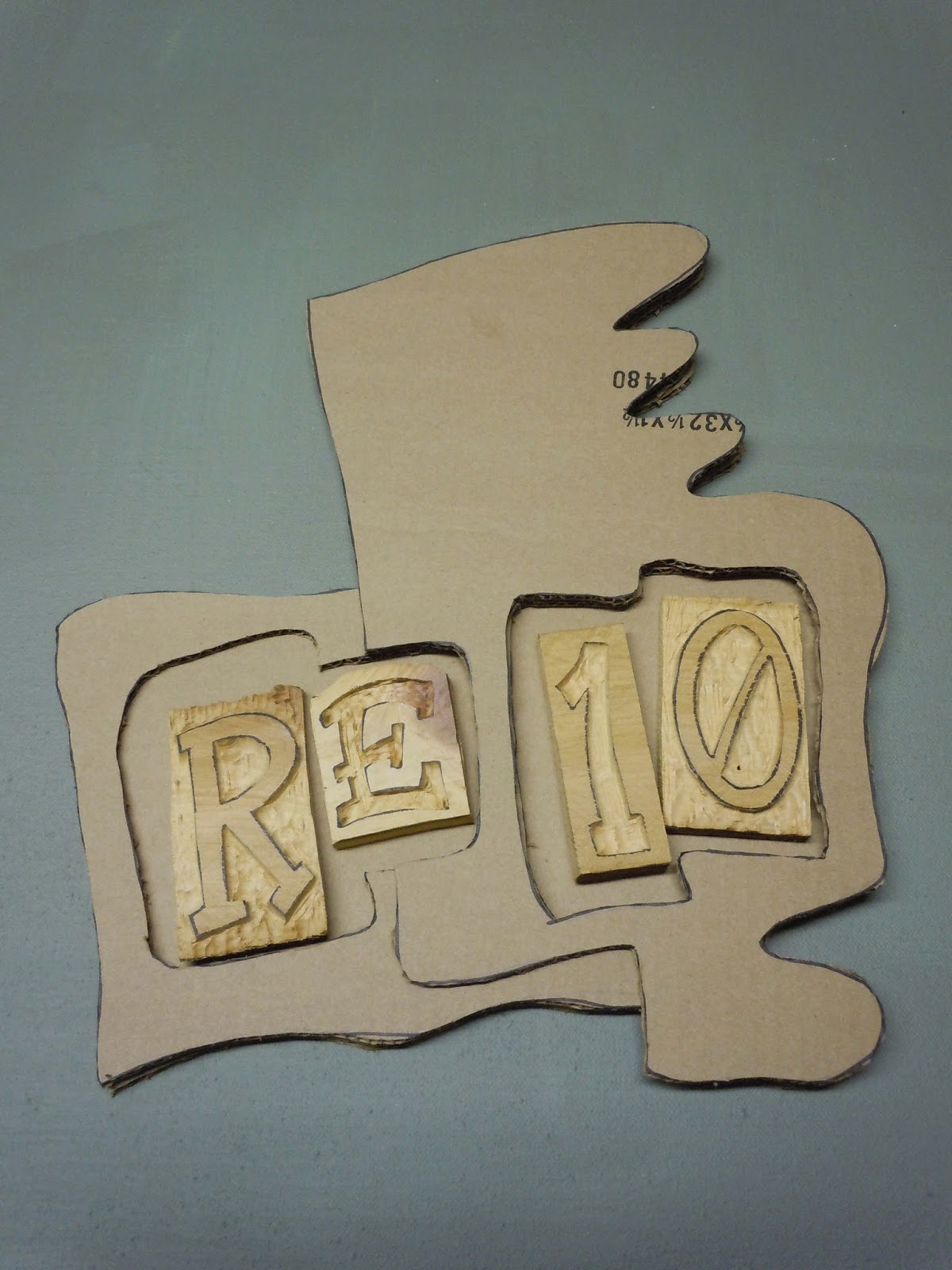 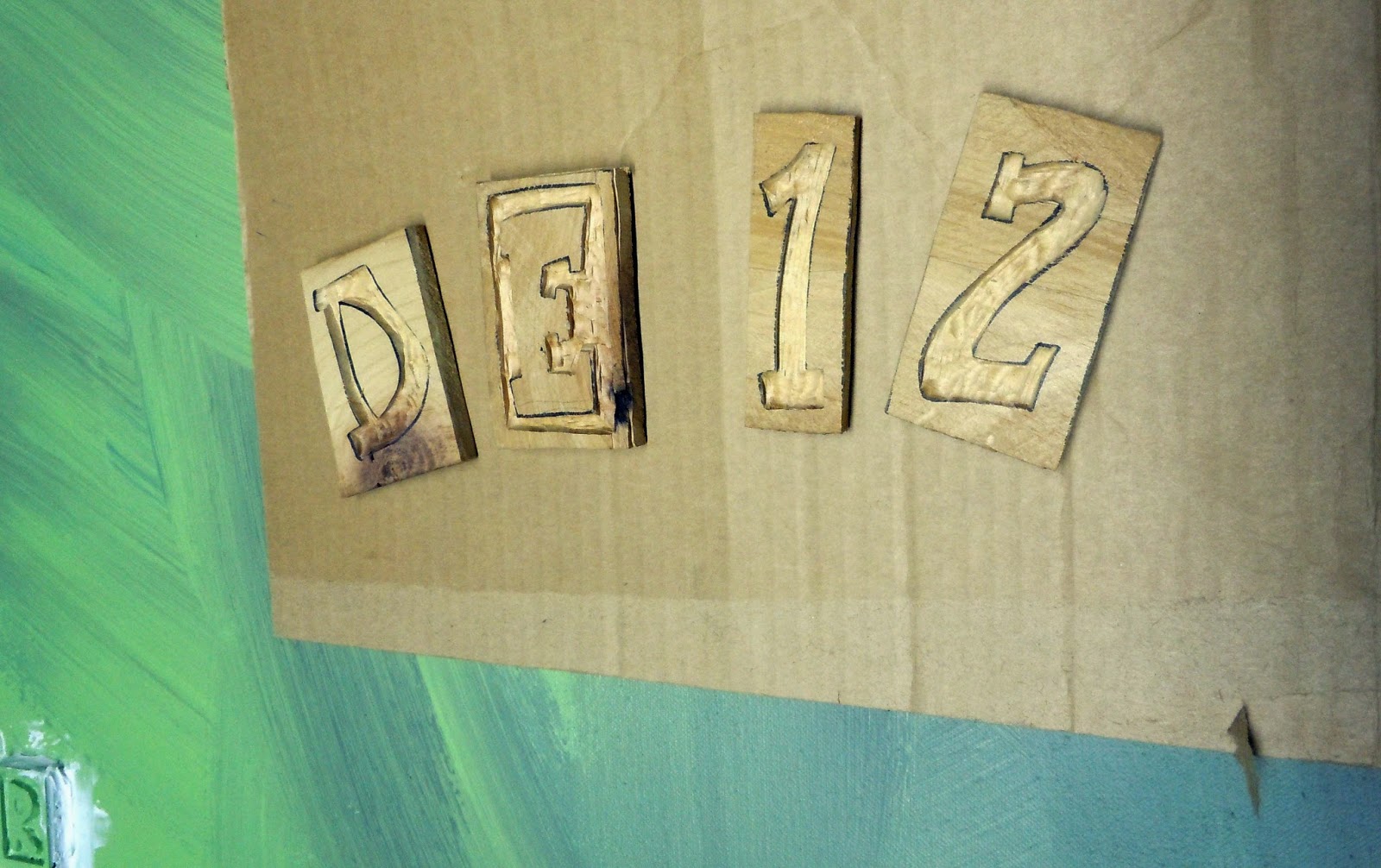 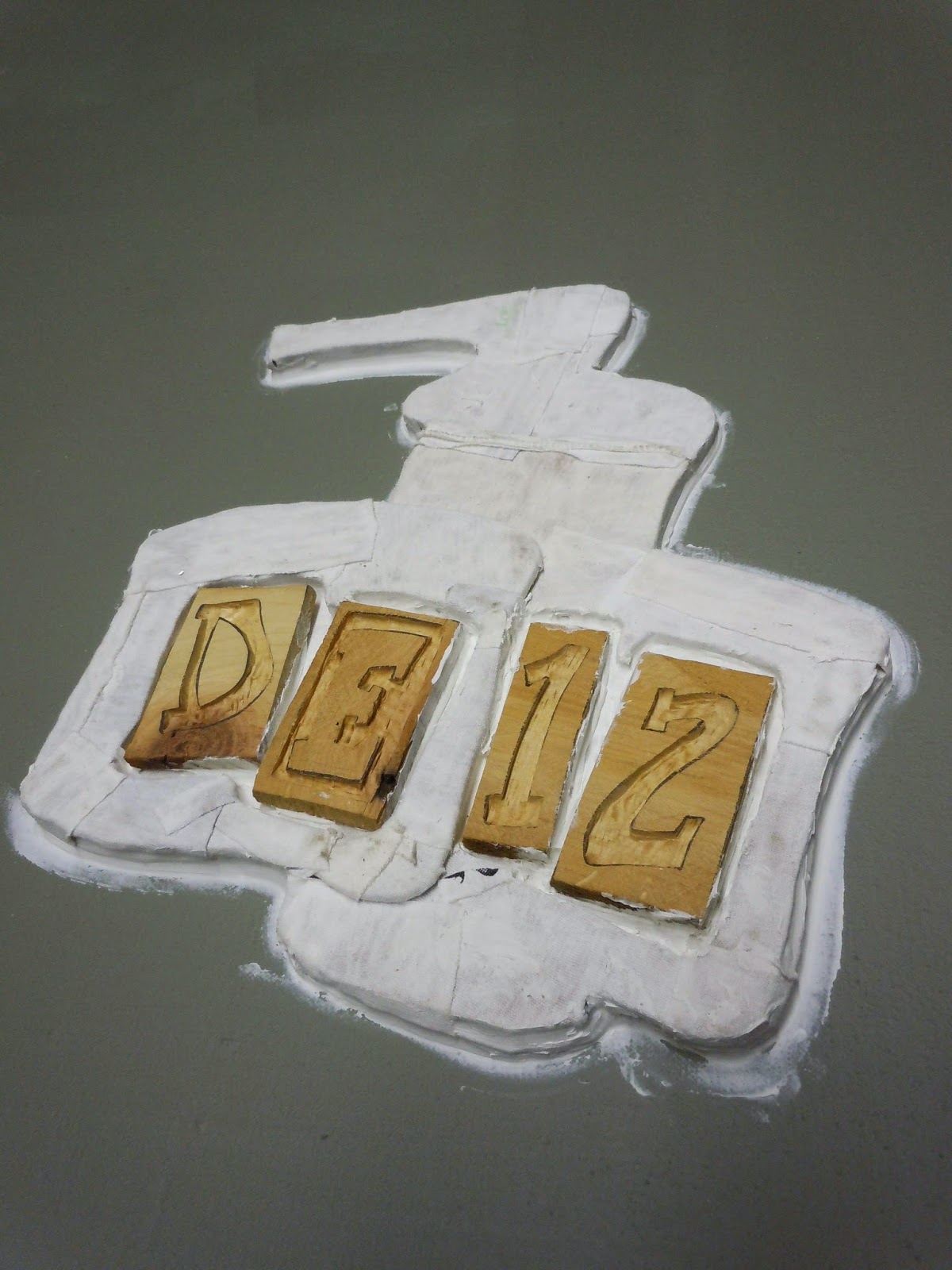 Time to bust out the Dremel Tool and do some letter carving.... 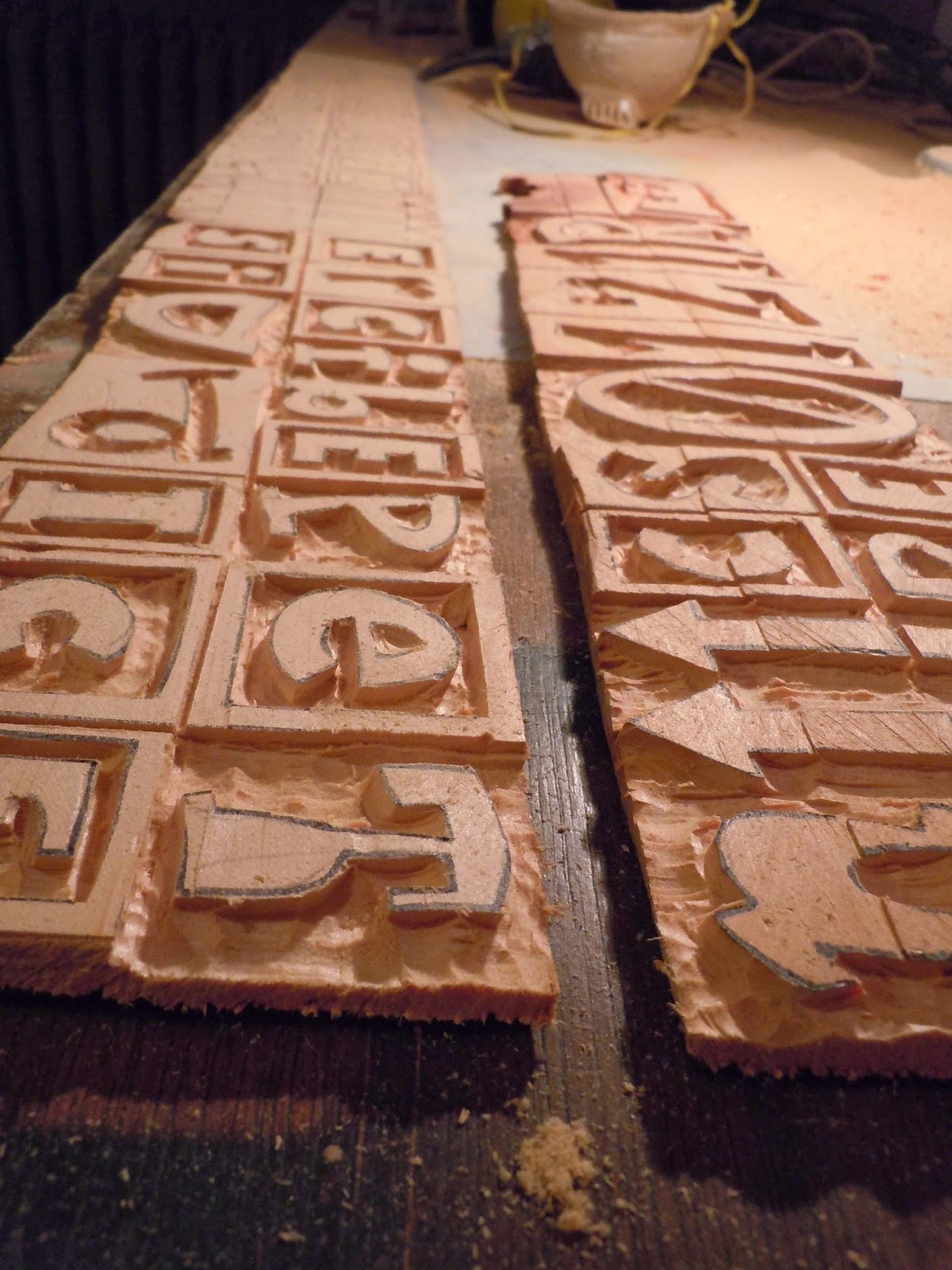 Once all of the letter blocks have been cut and sanded, it's time to adhere them to the canvas. 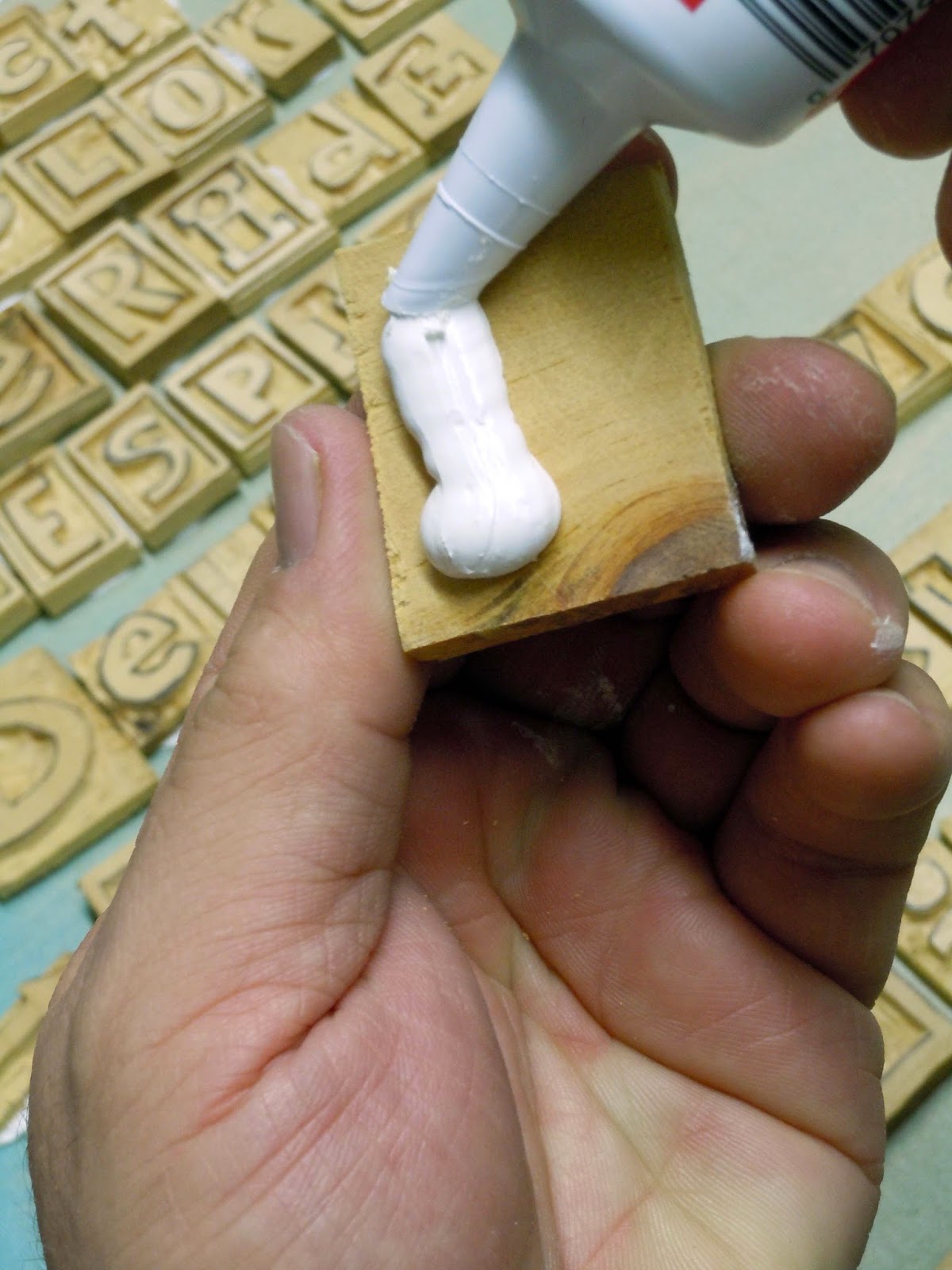 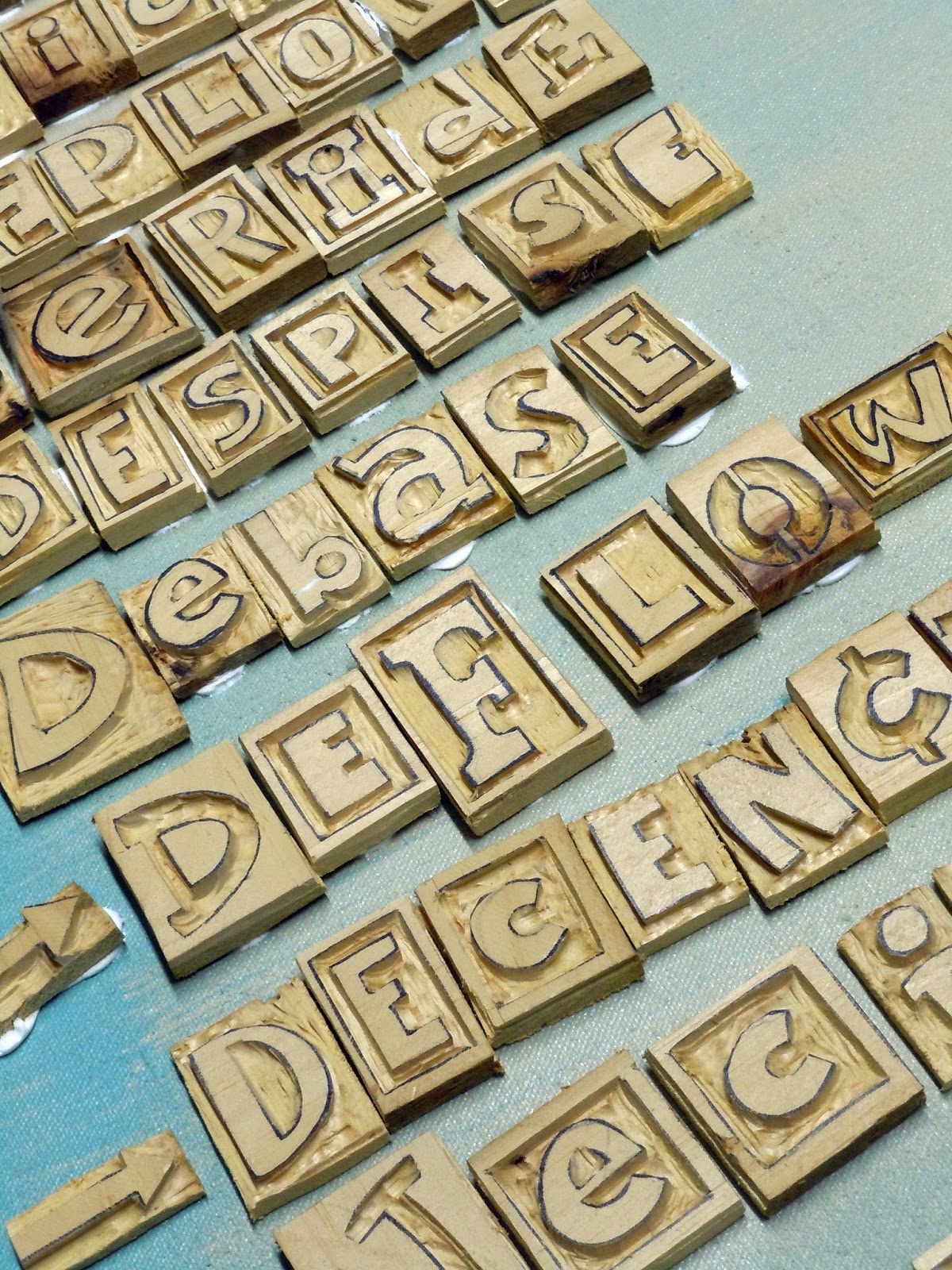 After the carved letter blocks are firmly adhered to the surface, I prime the canvas with several coats of paint. 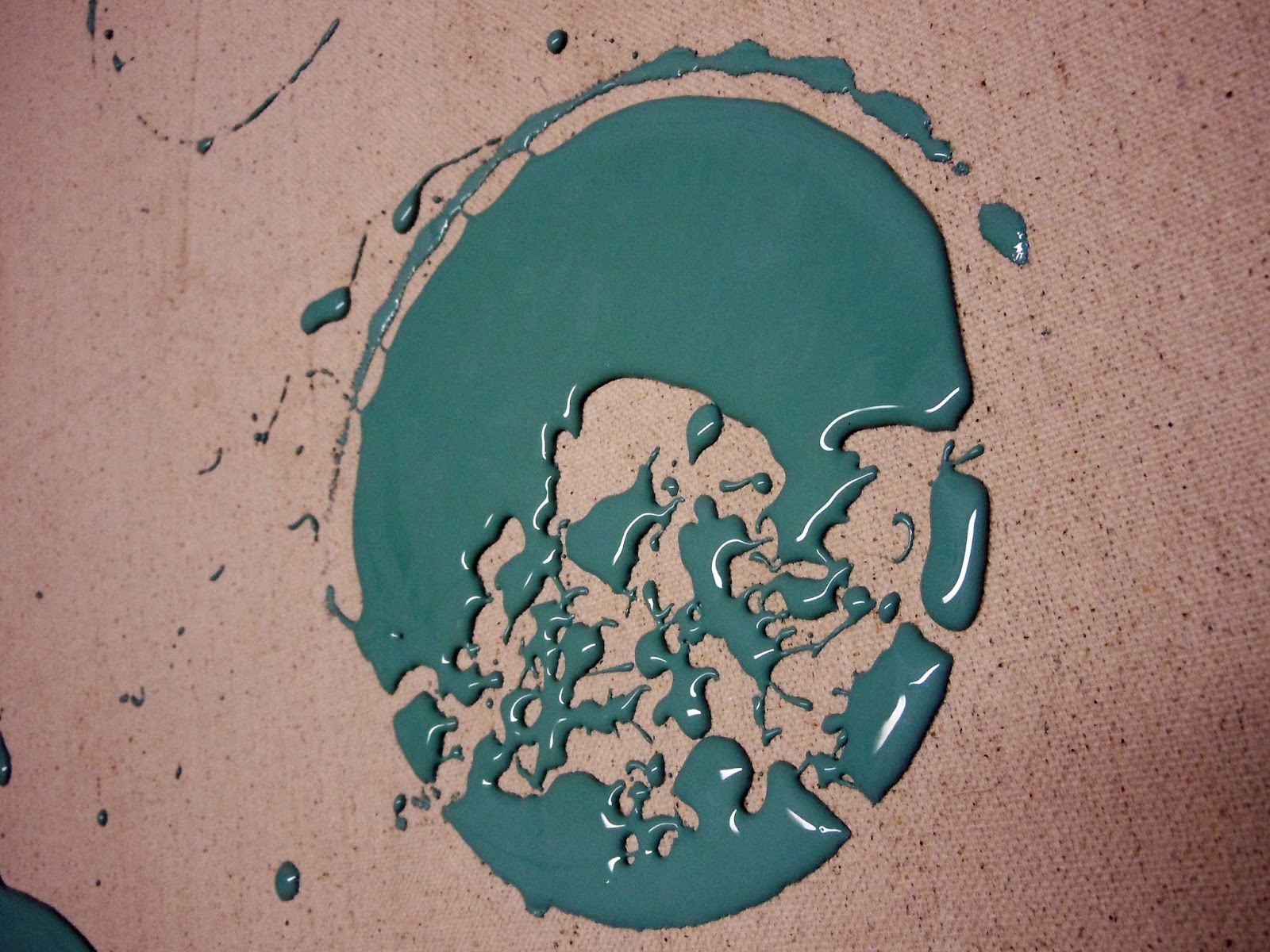 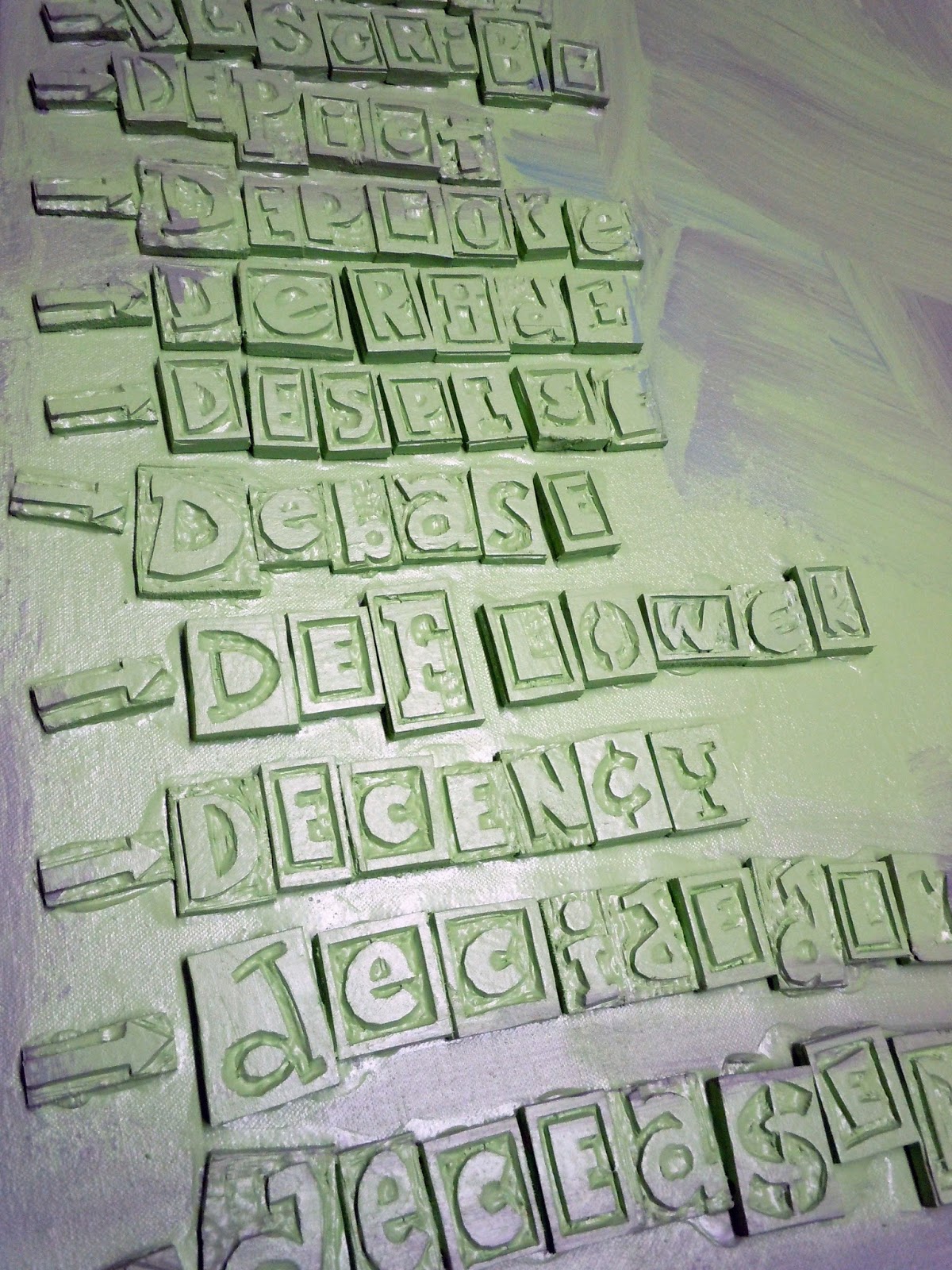 Try some different configurations for a few added circles.... 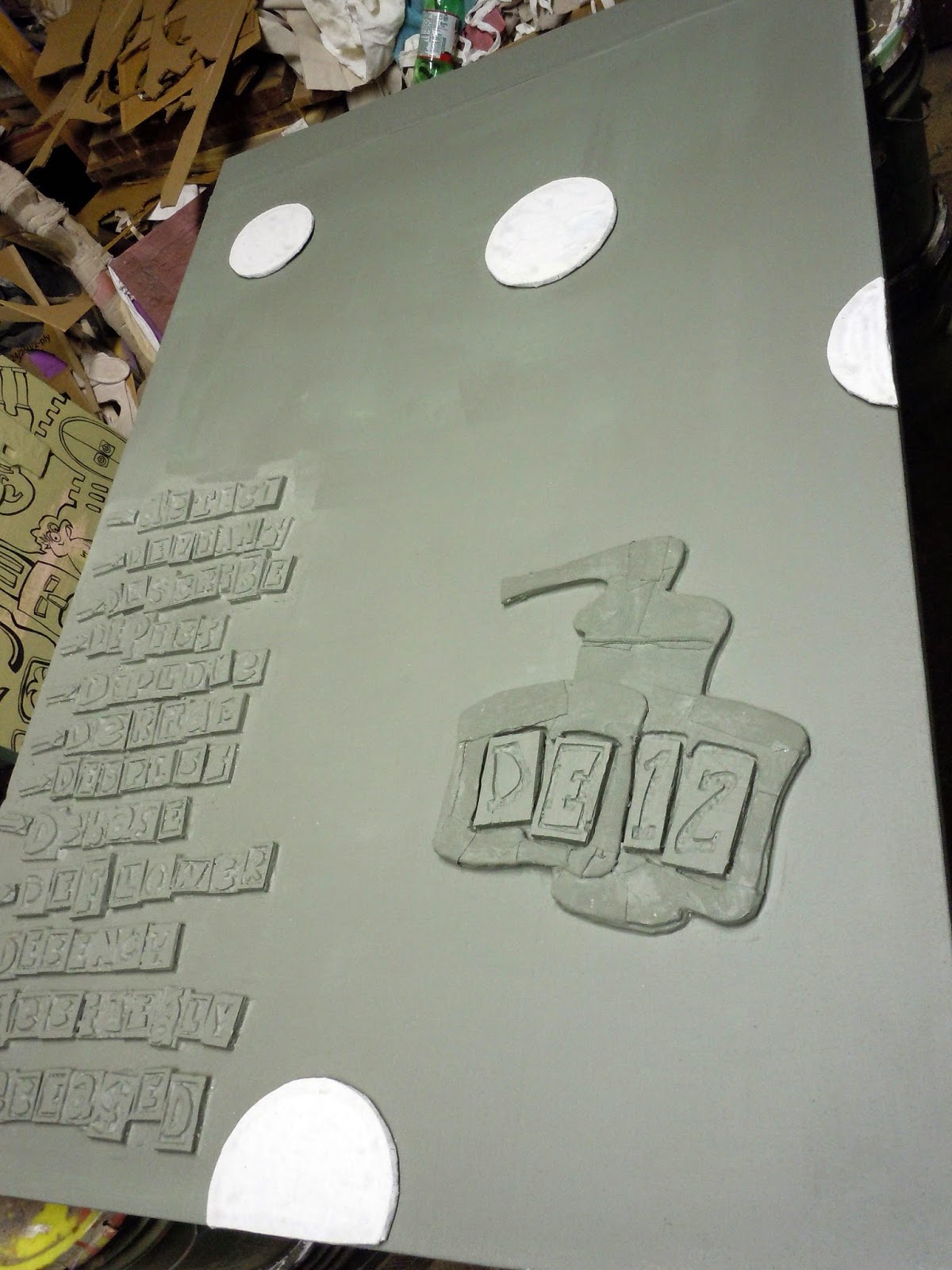 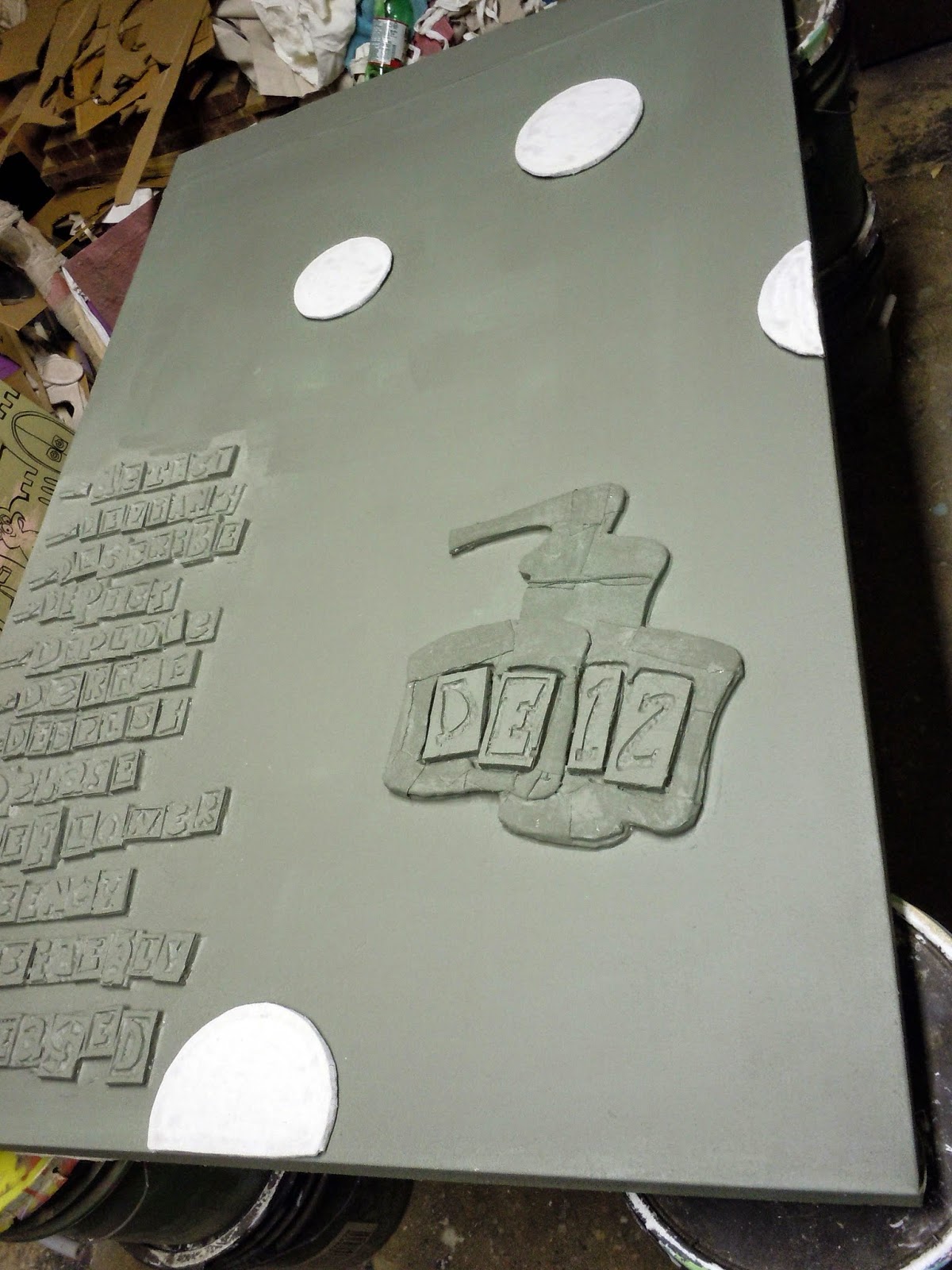 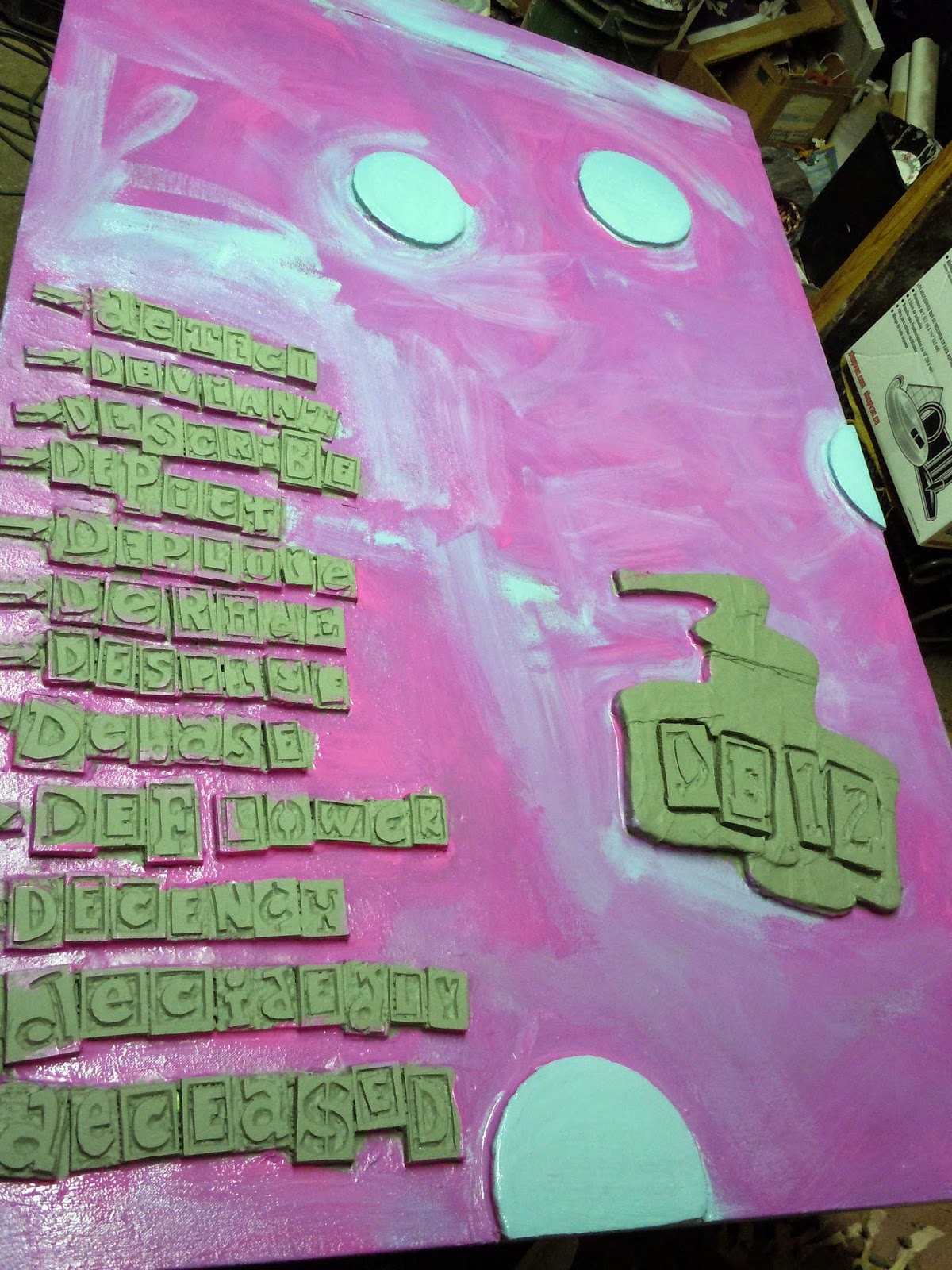 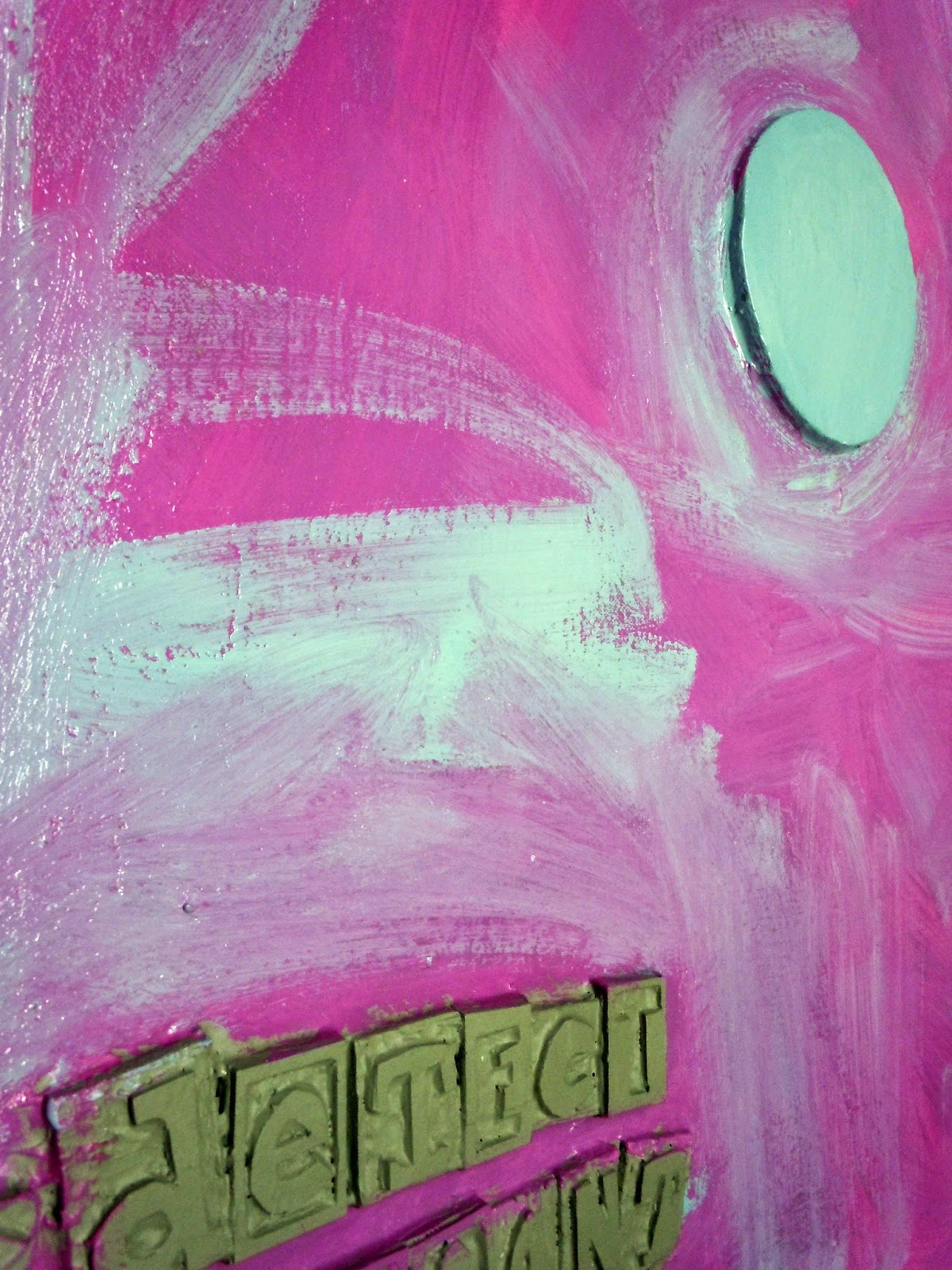 ...and now on to some color passages and line work. 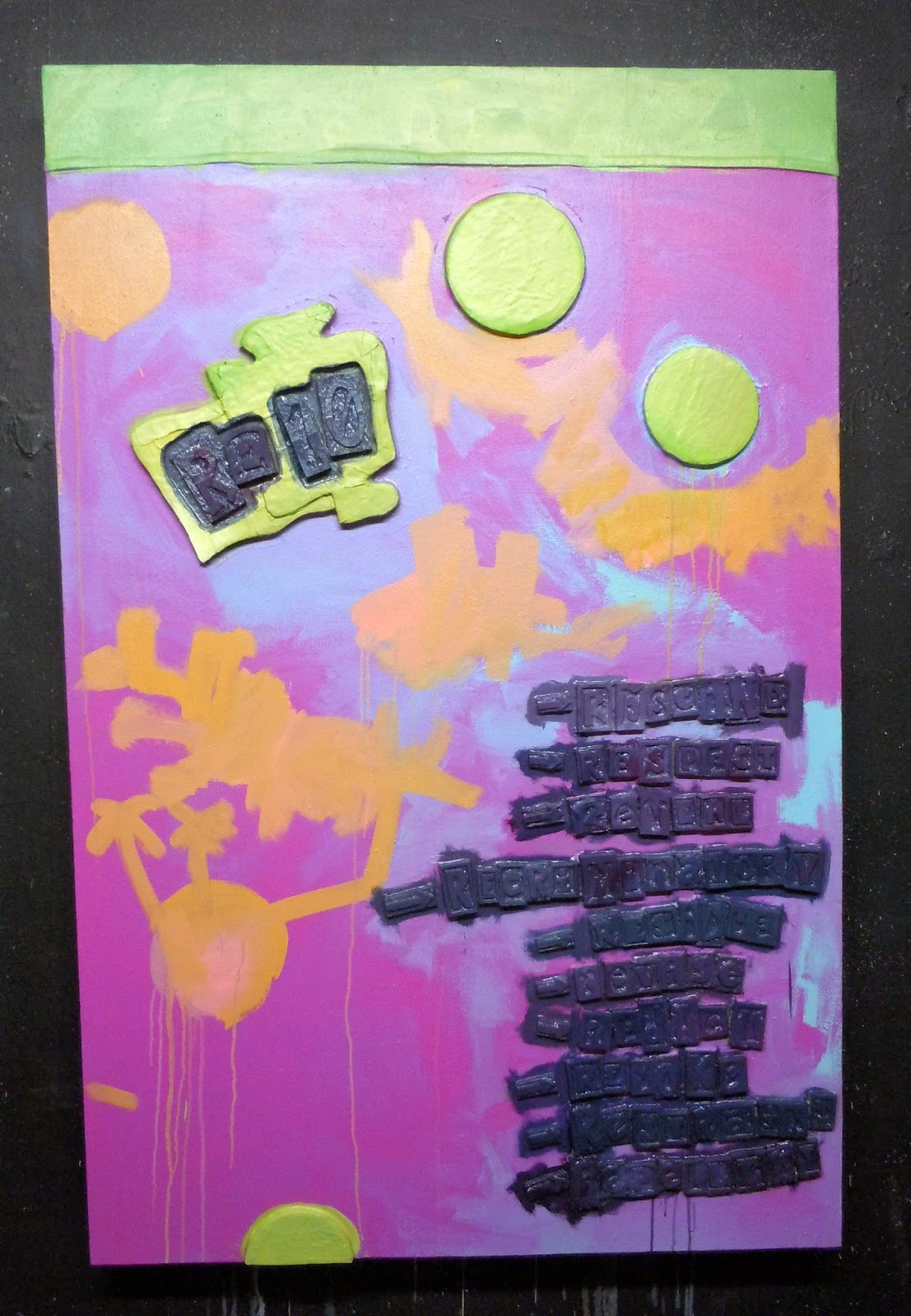 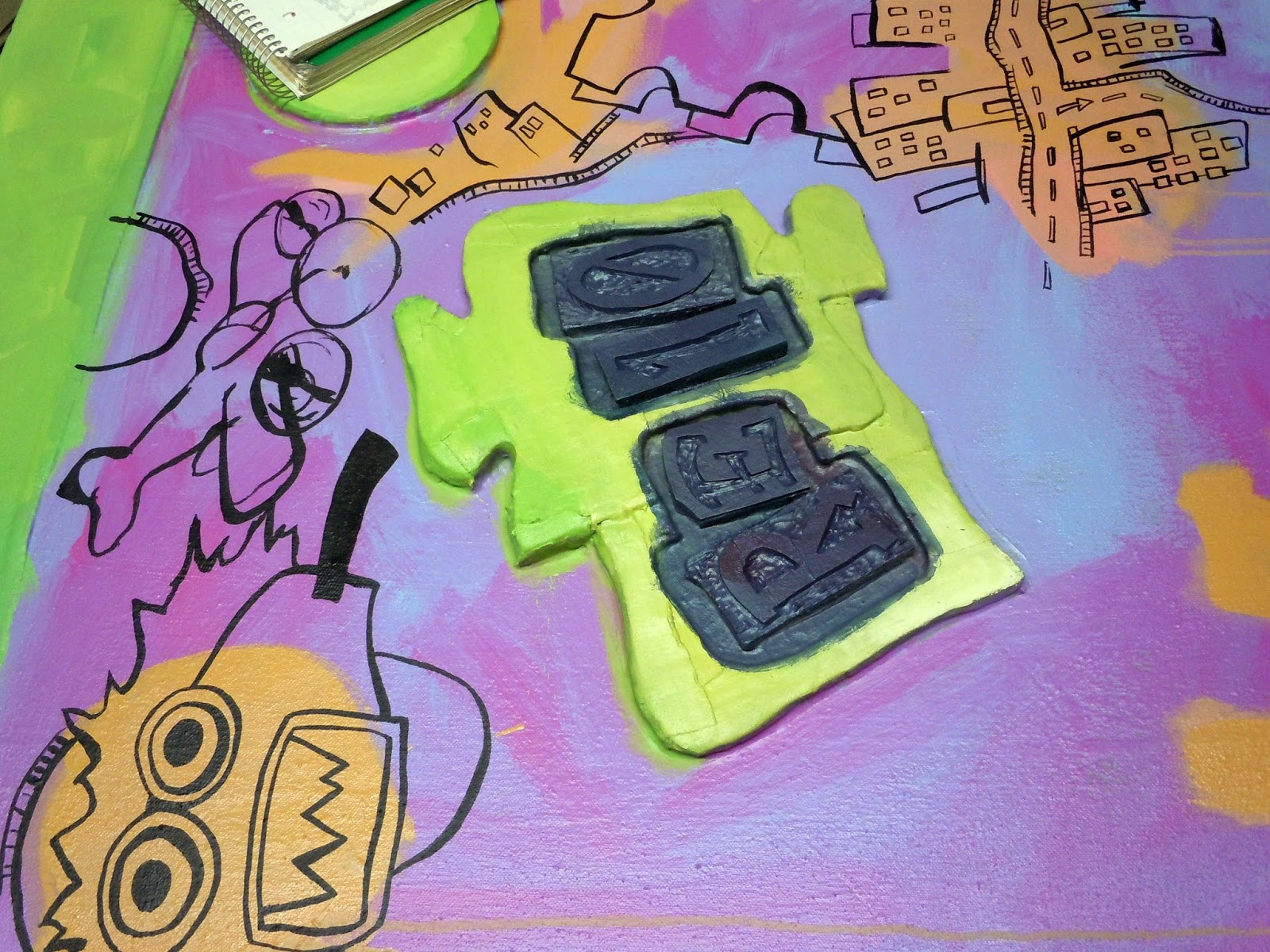 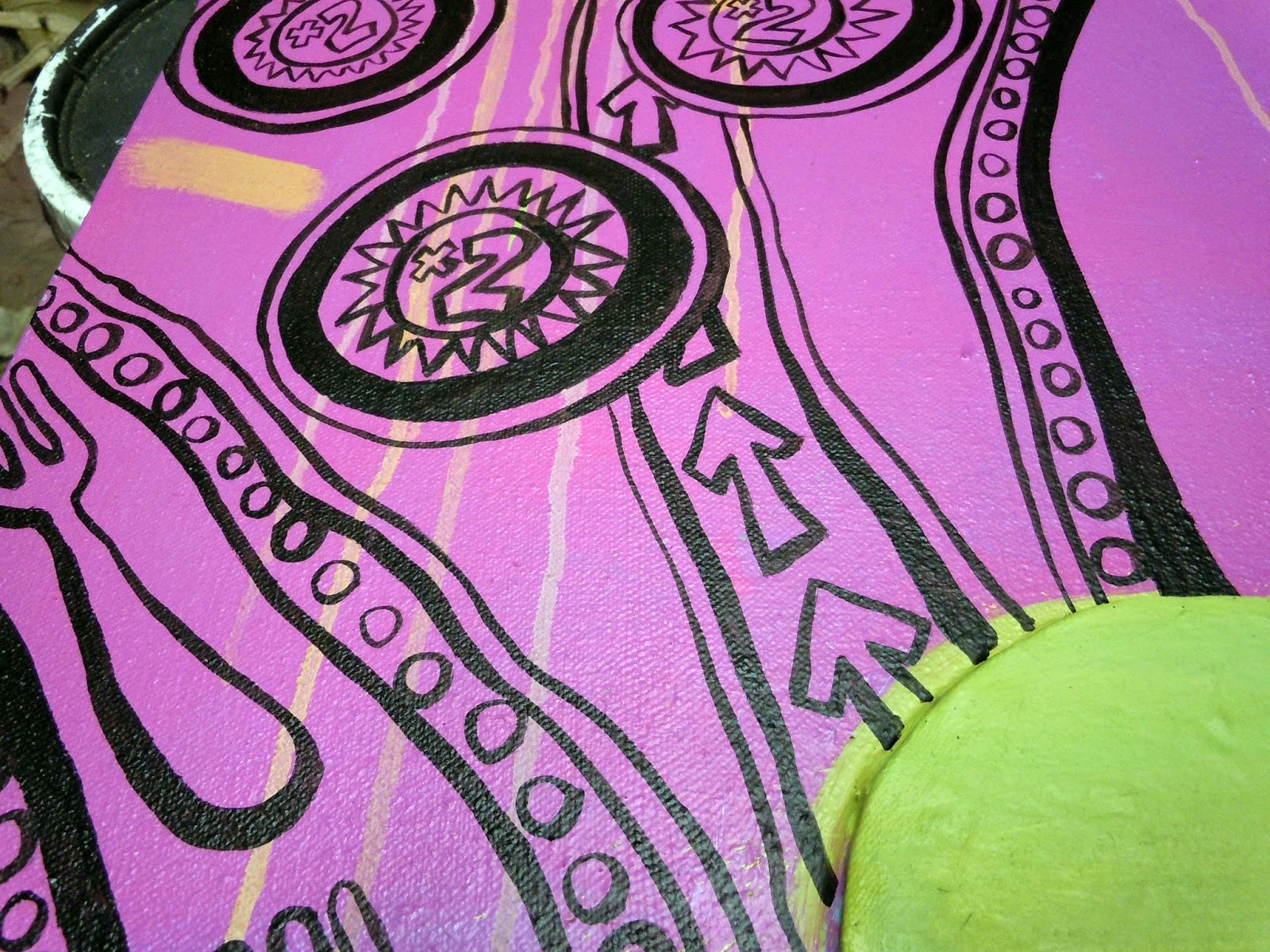 I have made the mistake in the past of not having all of the parts/components of a piece in the same room while I was working on something and the result was frequently some flavor of a disjointed mess.  Even though I am 'working' on RE 10 at the moment, DE 12 is hanging on the wall to help me maintain some kind of continuity.  I will probably make the final pieces somewhat different, but I want that divergence to be intentional.

The white arrows point to my trusty sketchbook and section of cardboard. 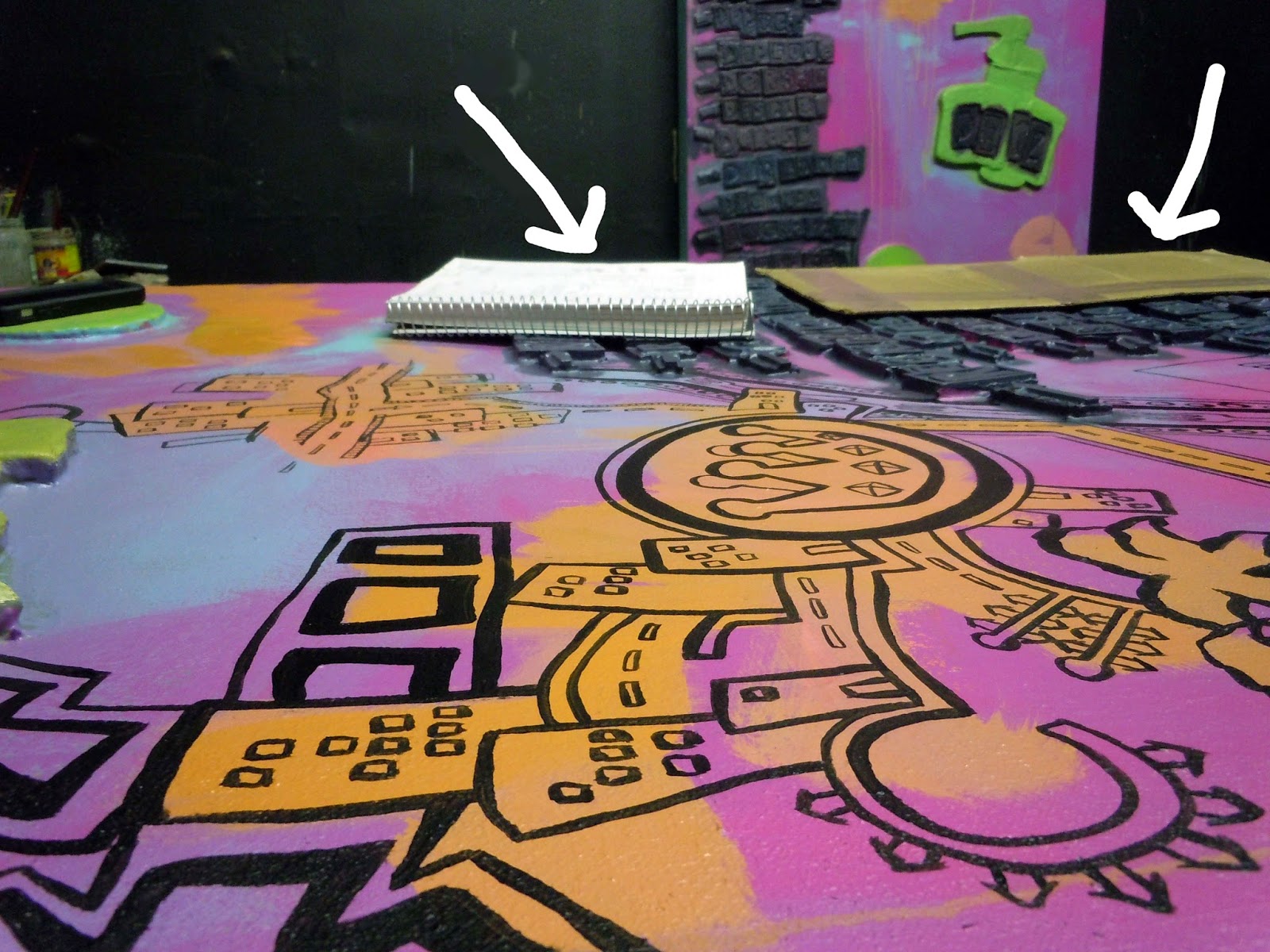 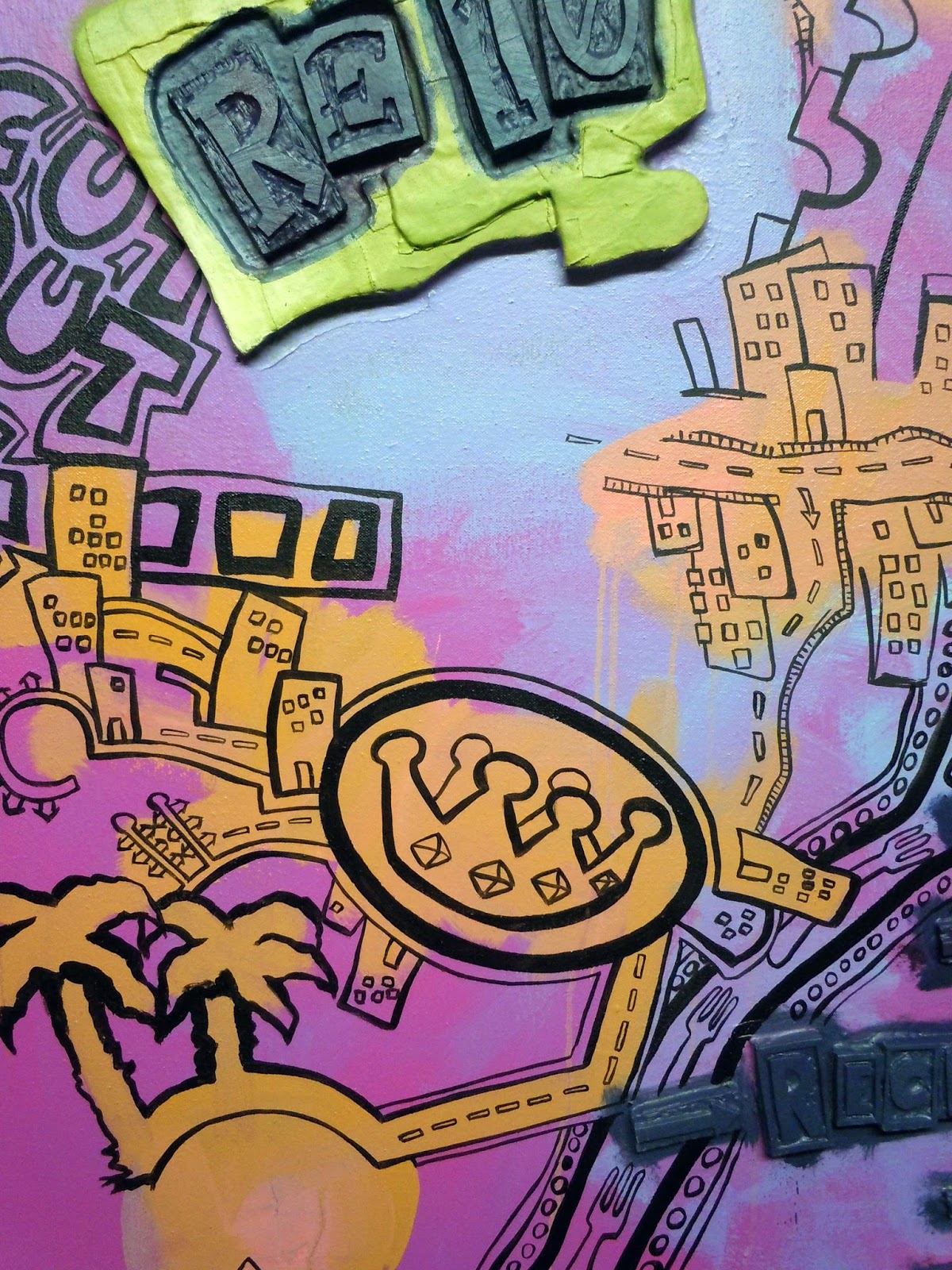 Just a little more to do for the base image of RE 10.  I need to let it dry for a few days before I complete the line work so I don't drag my forearm through the paint and smear anything. 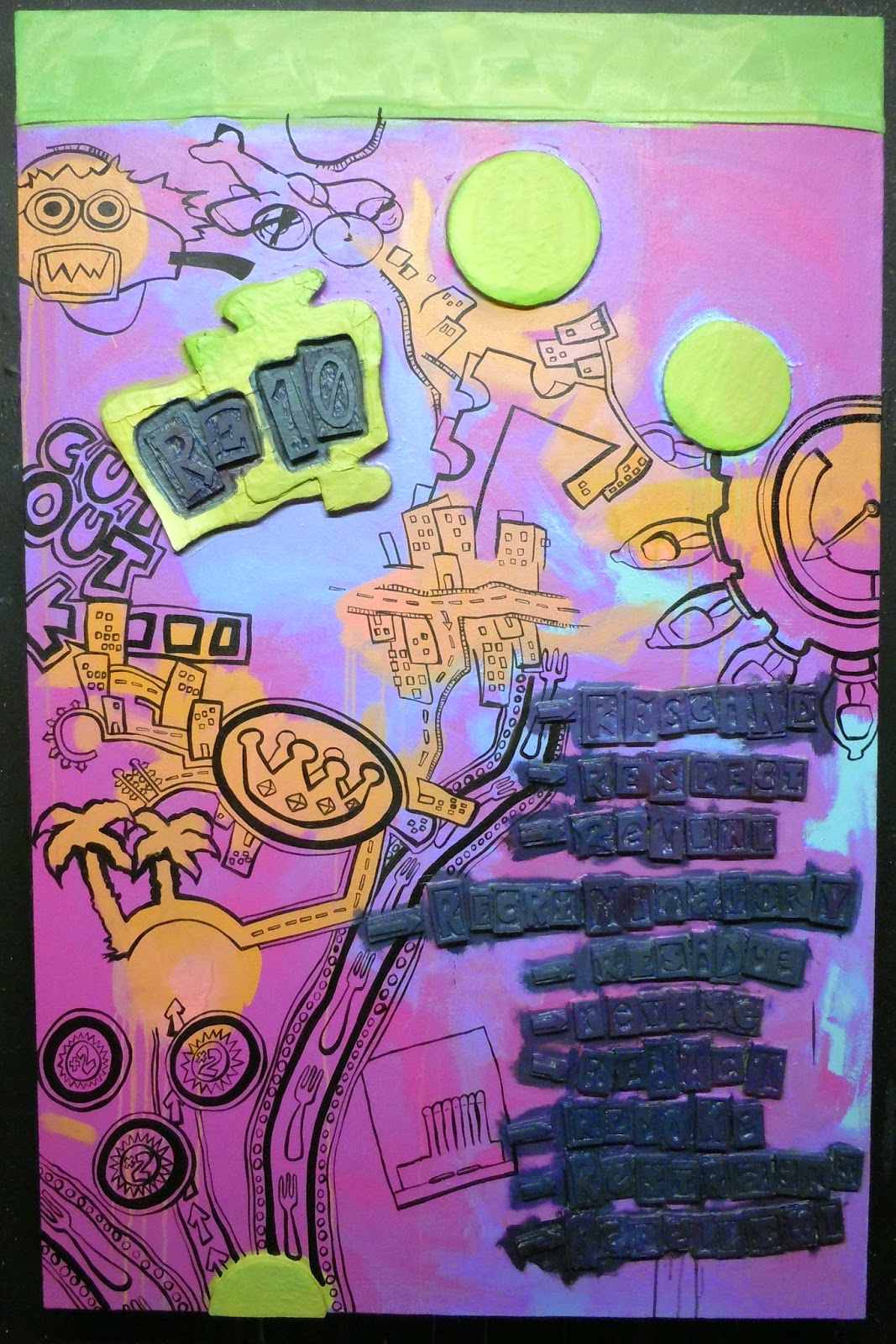