Recently, Anna Pagnucci contacted me to see if I would have a show at The Cortona Gallery at Ashford University (check out Anna's work HERE).  The show is going to be called: 'A More Refined Mayhem' and it runs from October 20th until November 18 (2014).  Fortunately, I have just enough time to rework/repaint a carved frame that I was not satisfied with the first time around.

Here is how Interloper looked for Merican-Tastic! II: The Son Of Tastic! back in 2013.  It was my second attempt (and failure) at making a monochromatic frame for one of my painted constructions.  I thought it drained the energy right out of the piece.  I have wanted to repaint the frame ever since. 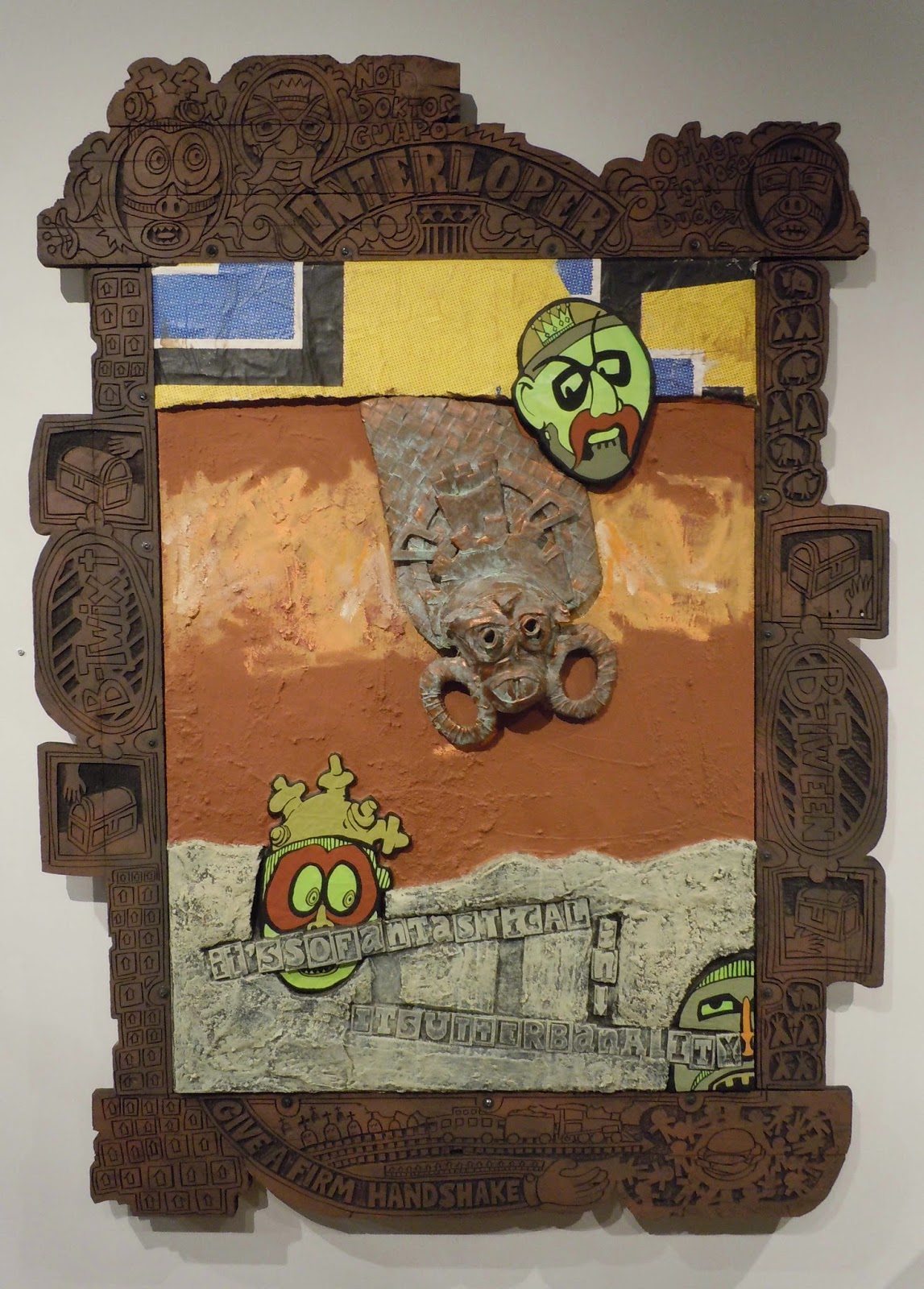 Several months ago I started to repaint it and then I ran into an area (an essential line demarcating one area from another) that I forgot to carve.  My carving table was buried under other projects, so the 'repaint-the-frame' mission was delayed -indefinitely. 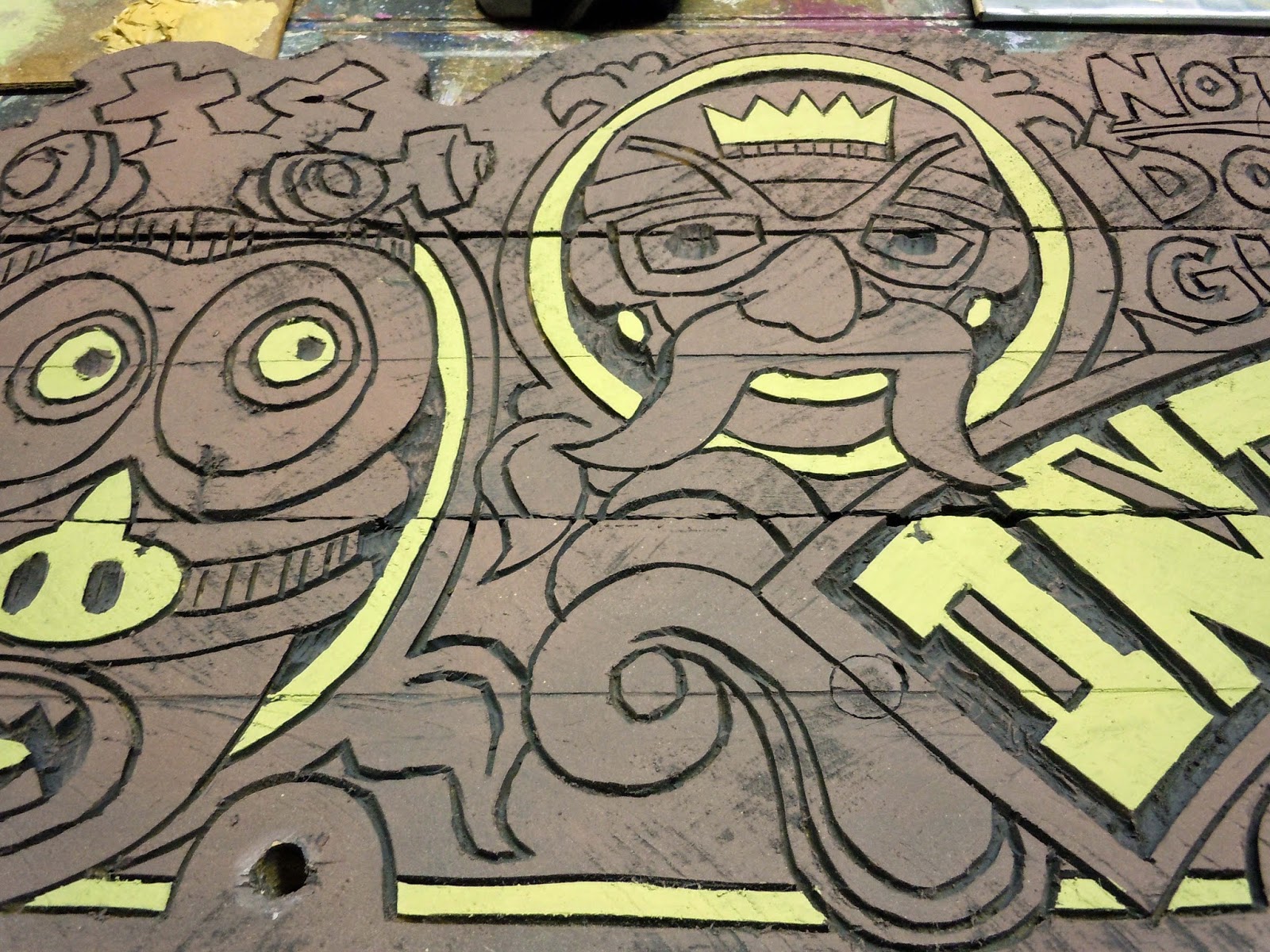 I am pointing to the freshly carved line (maybe as long as half of the length of my finger) that separates one area from the other.  It required a half-hour of cleaning so I could make a 30 second cut with my Dremel Tool. 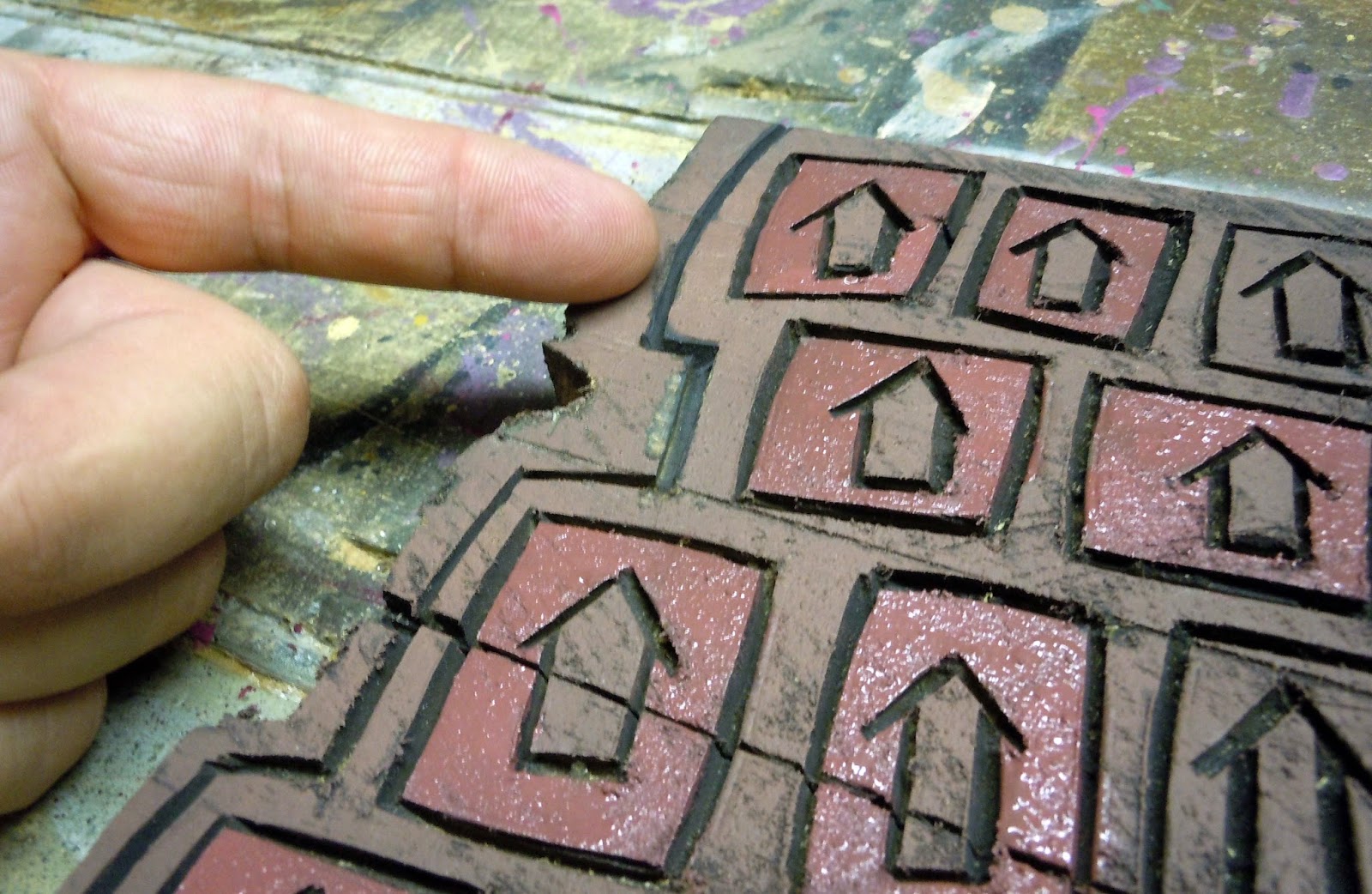 Now it is time to paint! 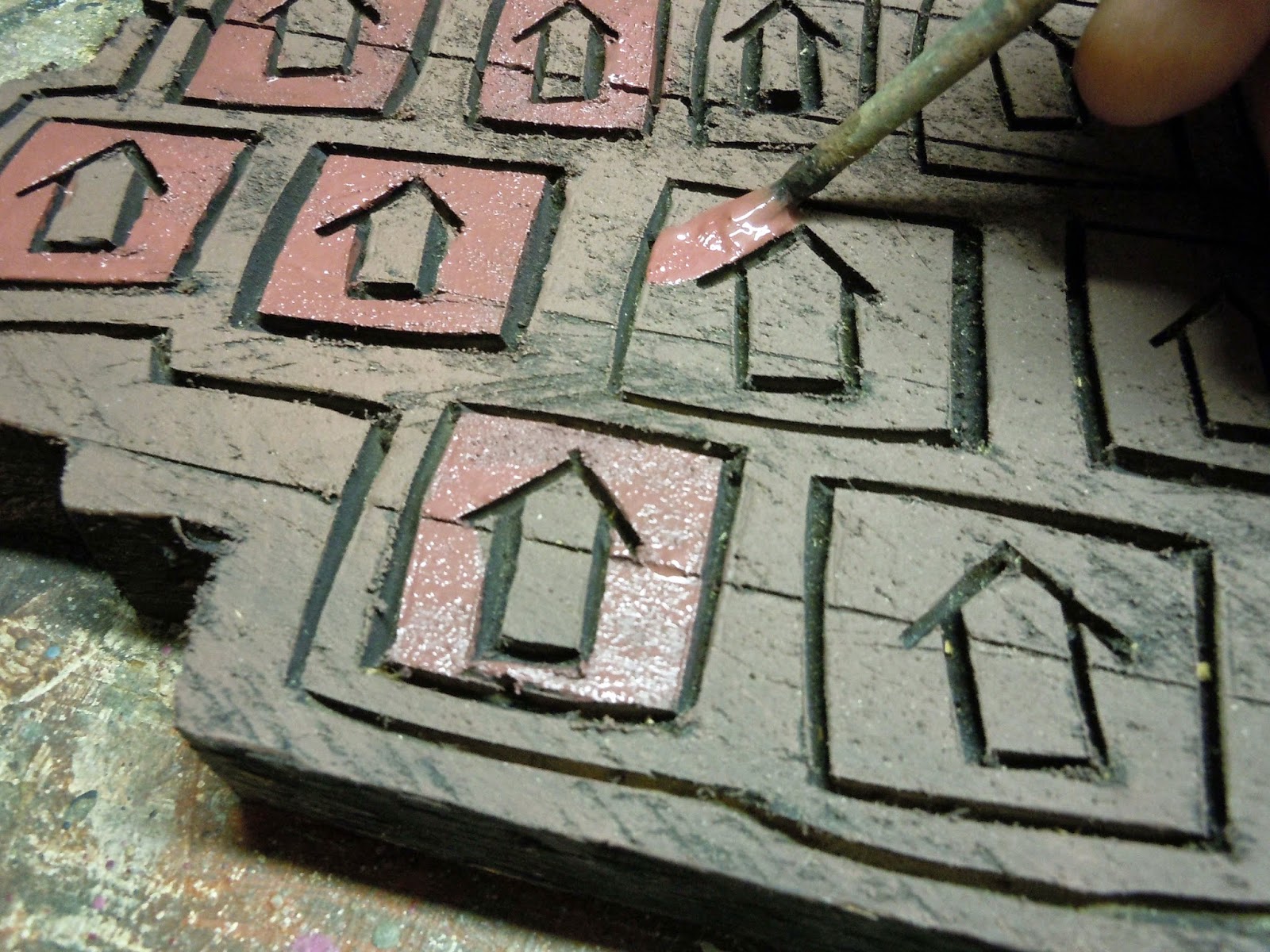 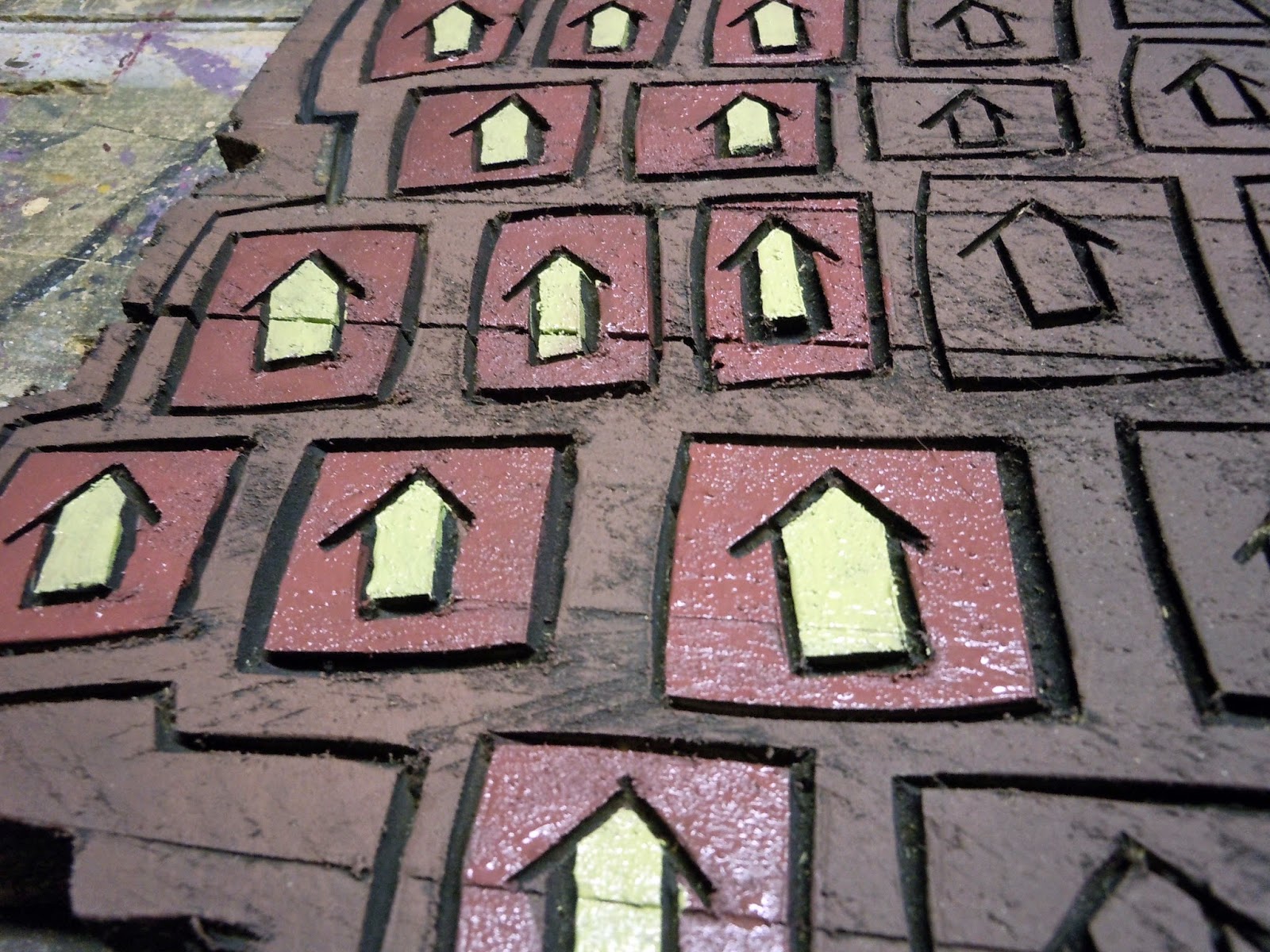 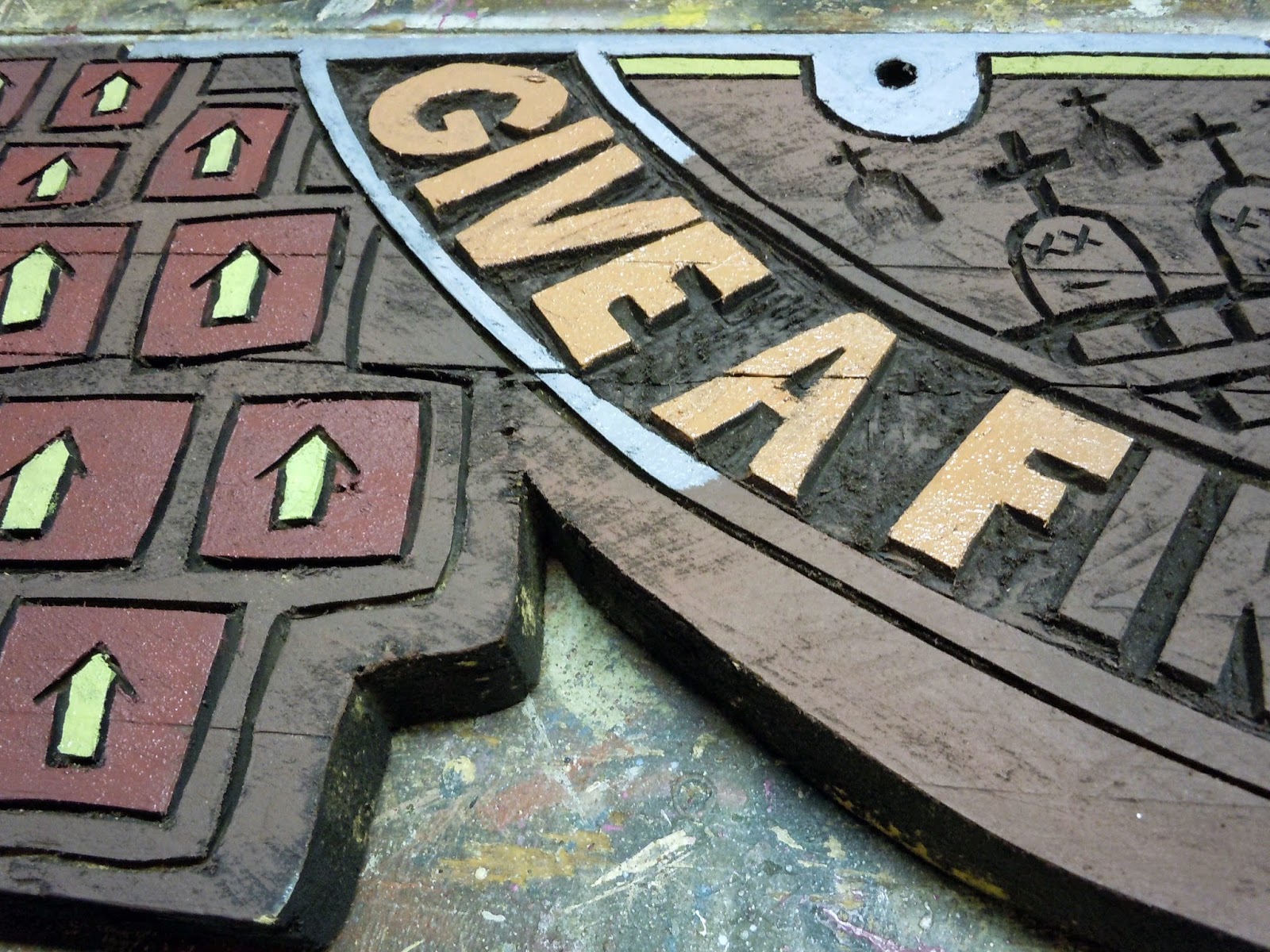 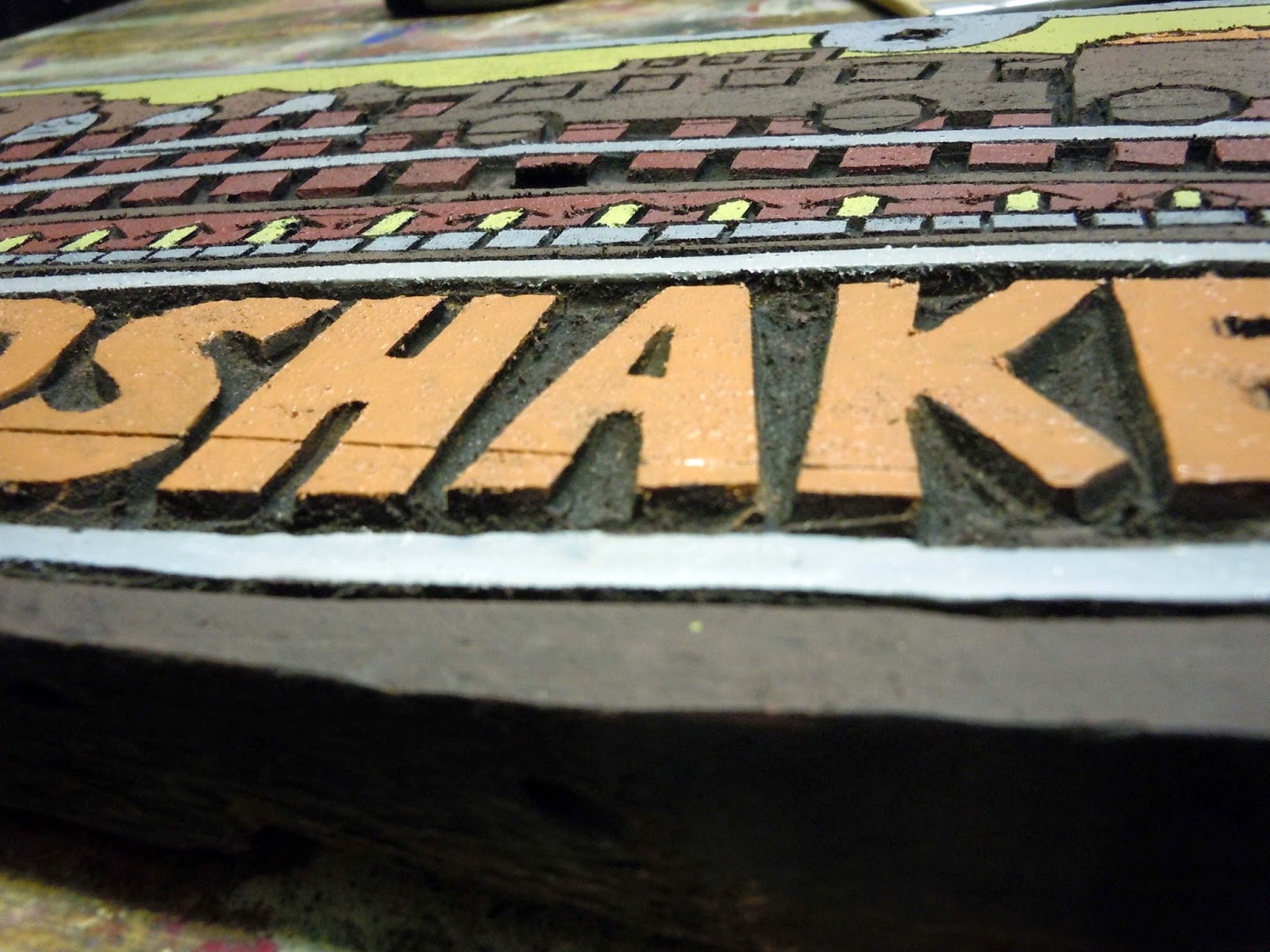 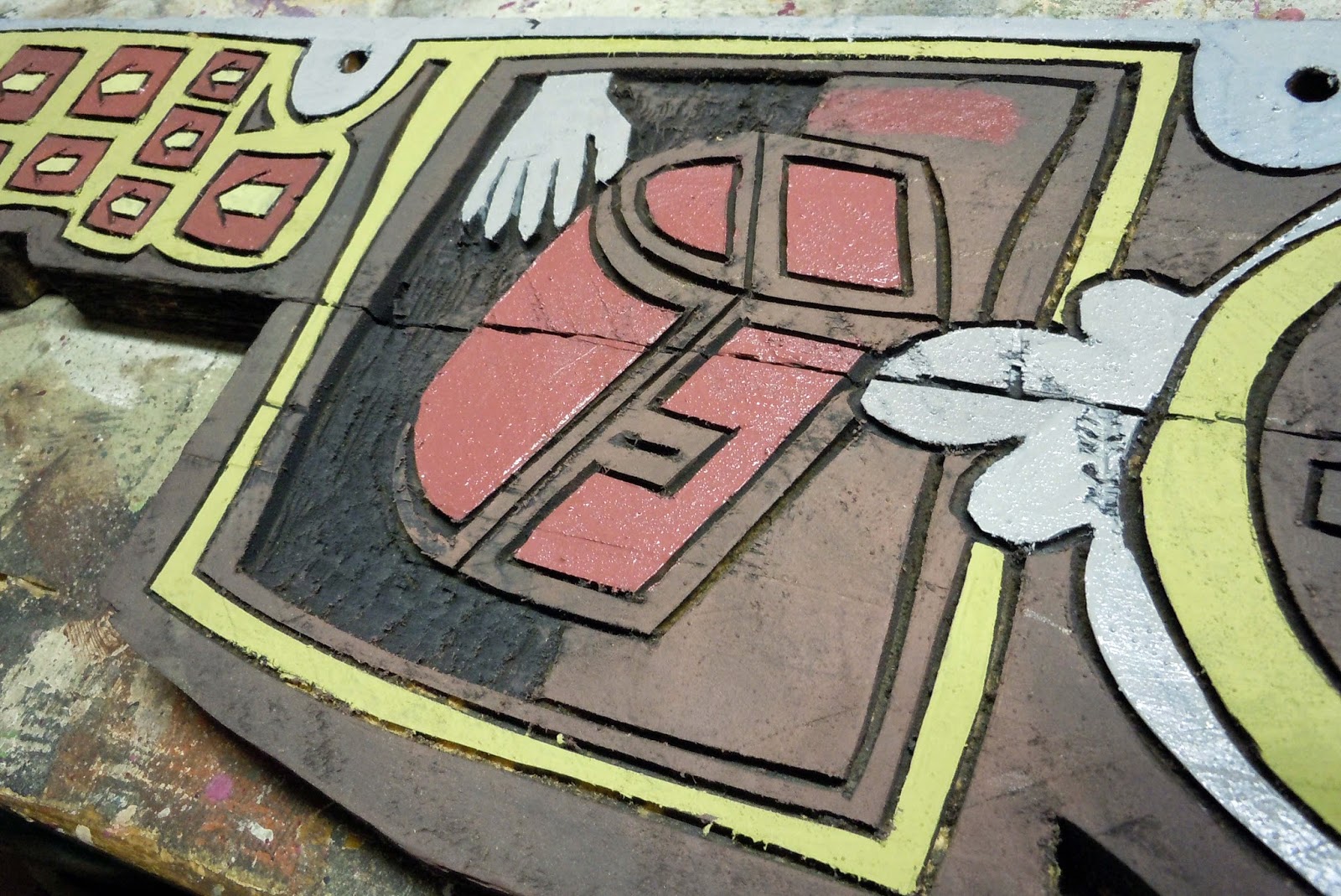 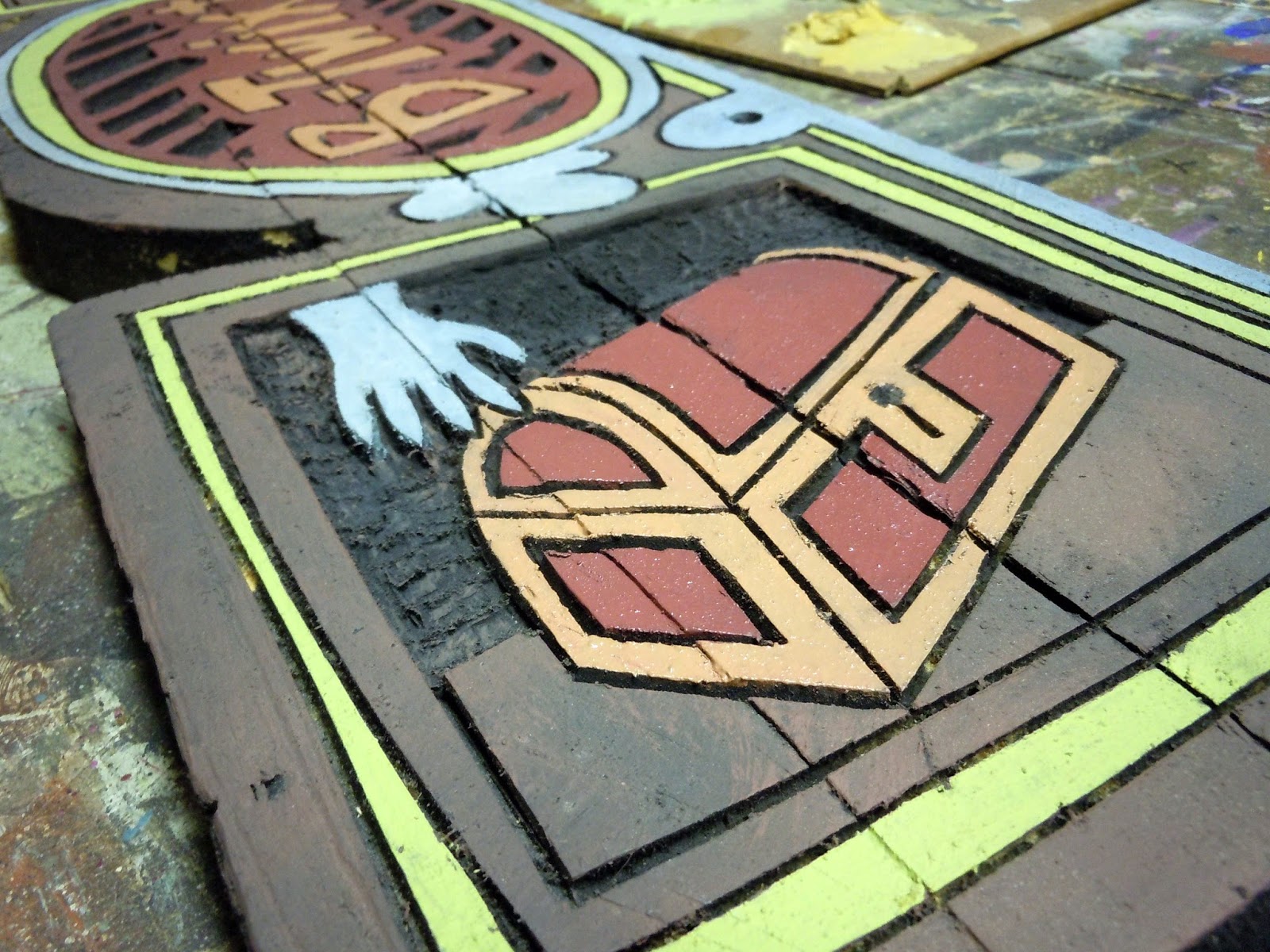 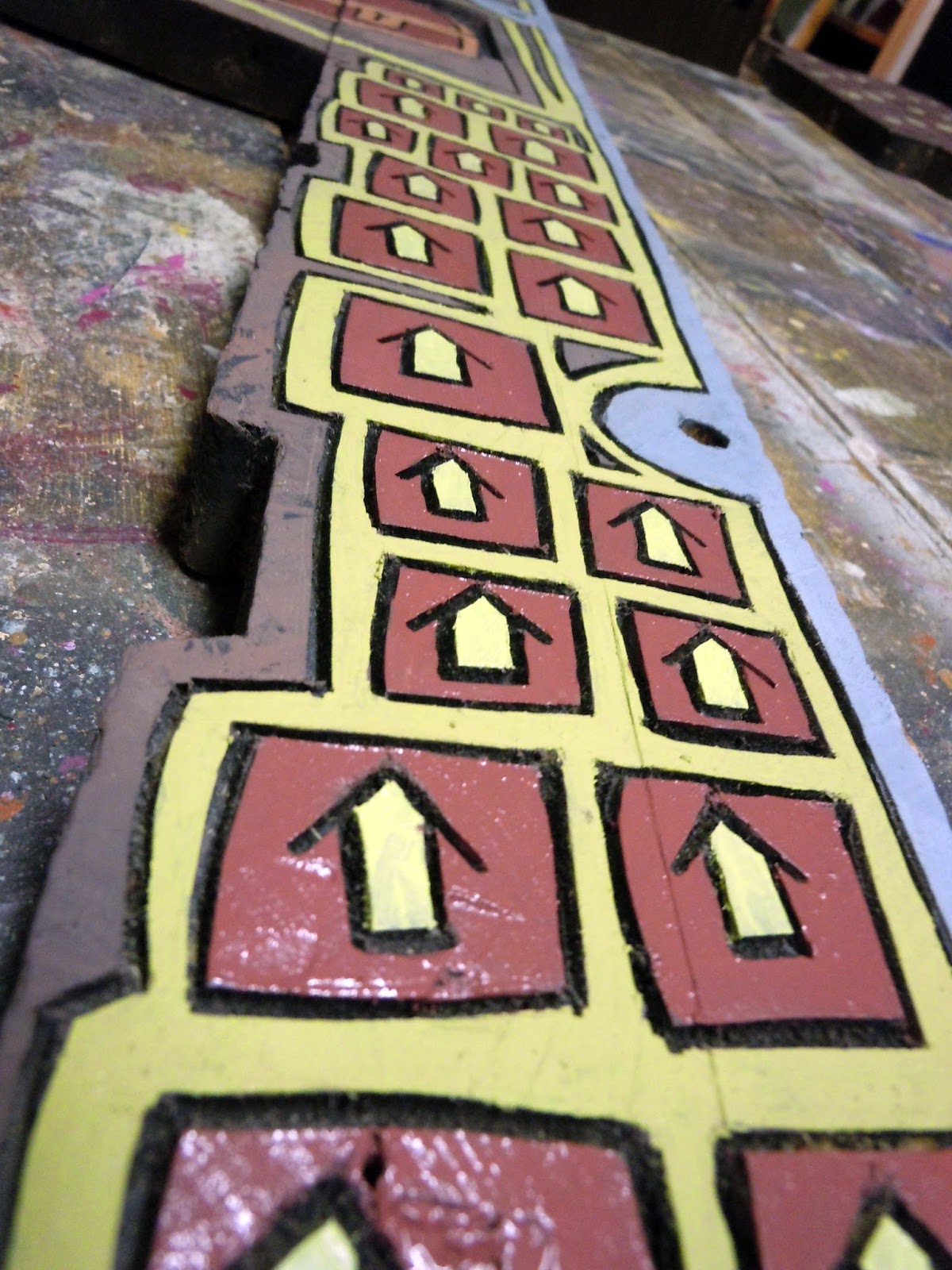 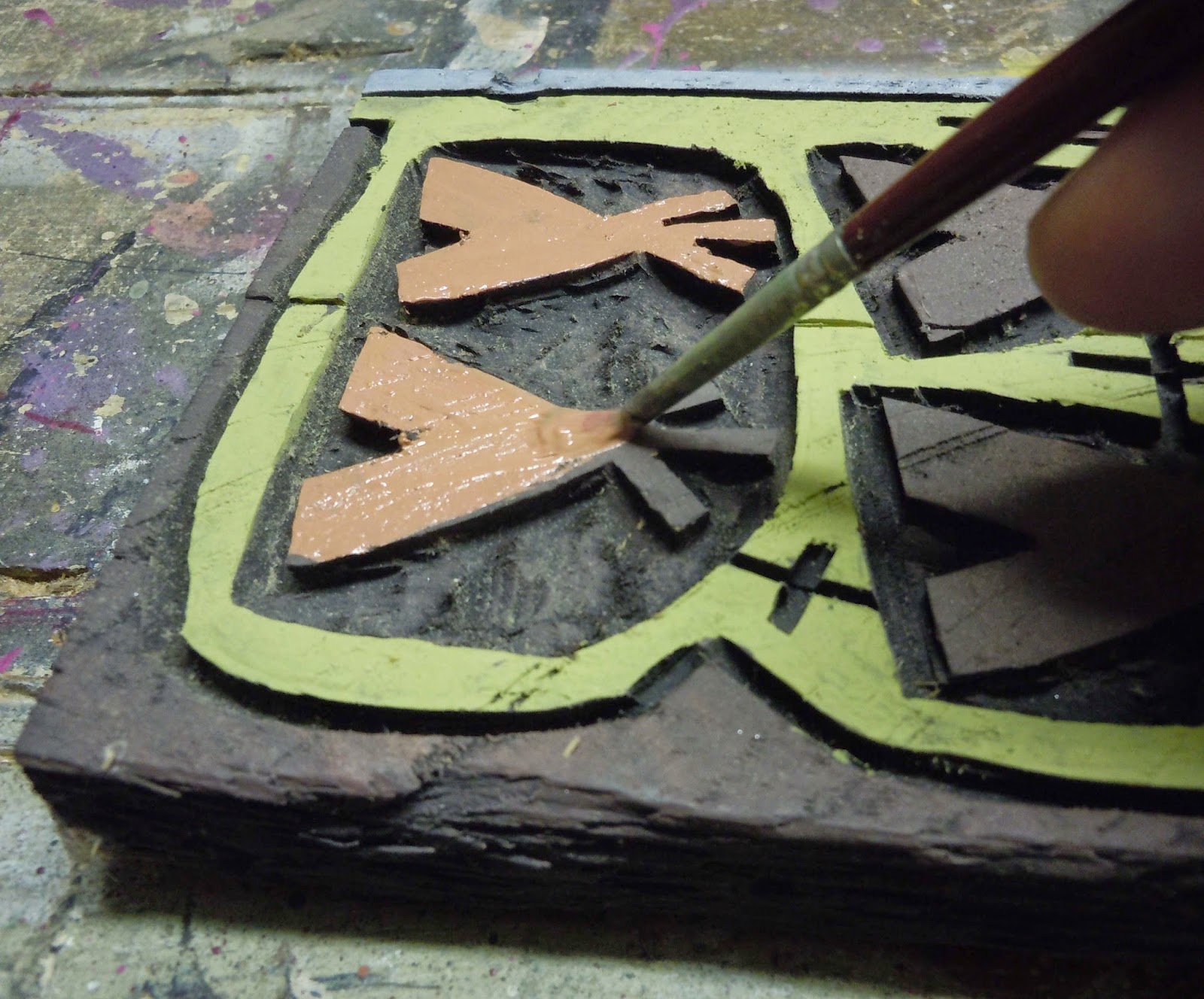 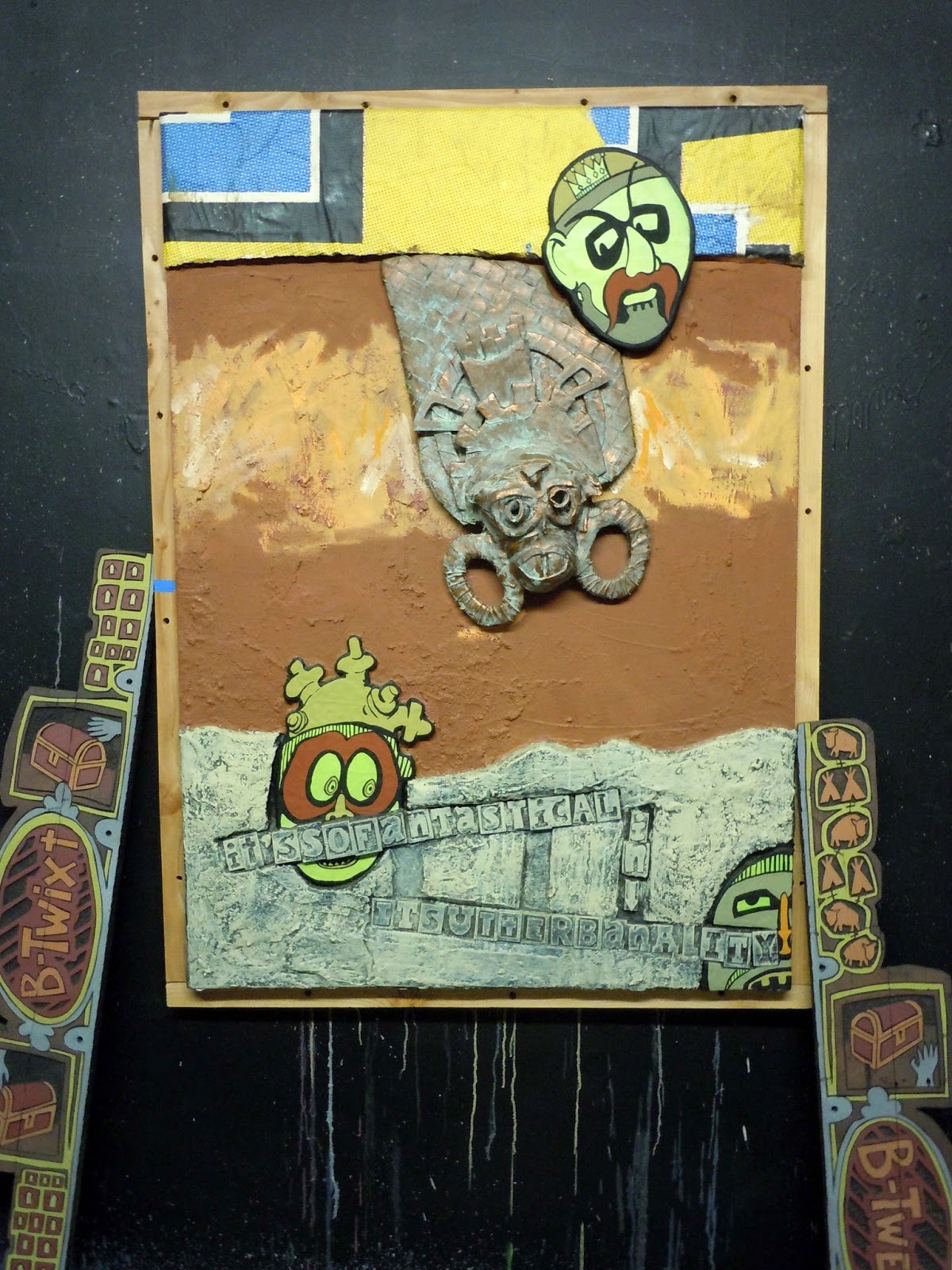 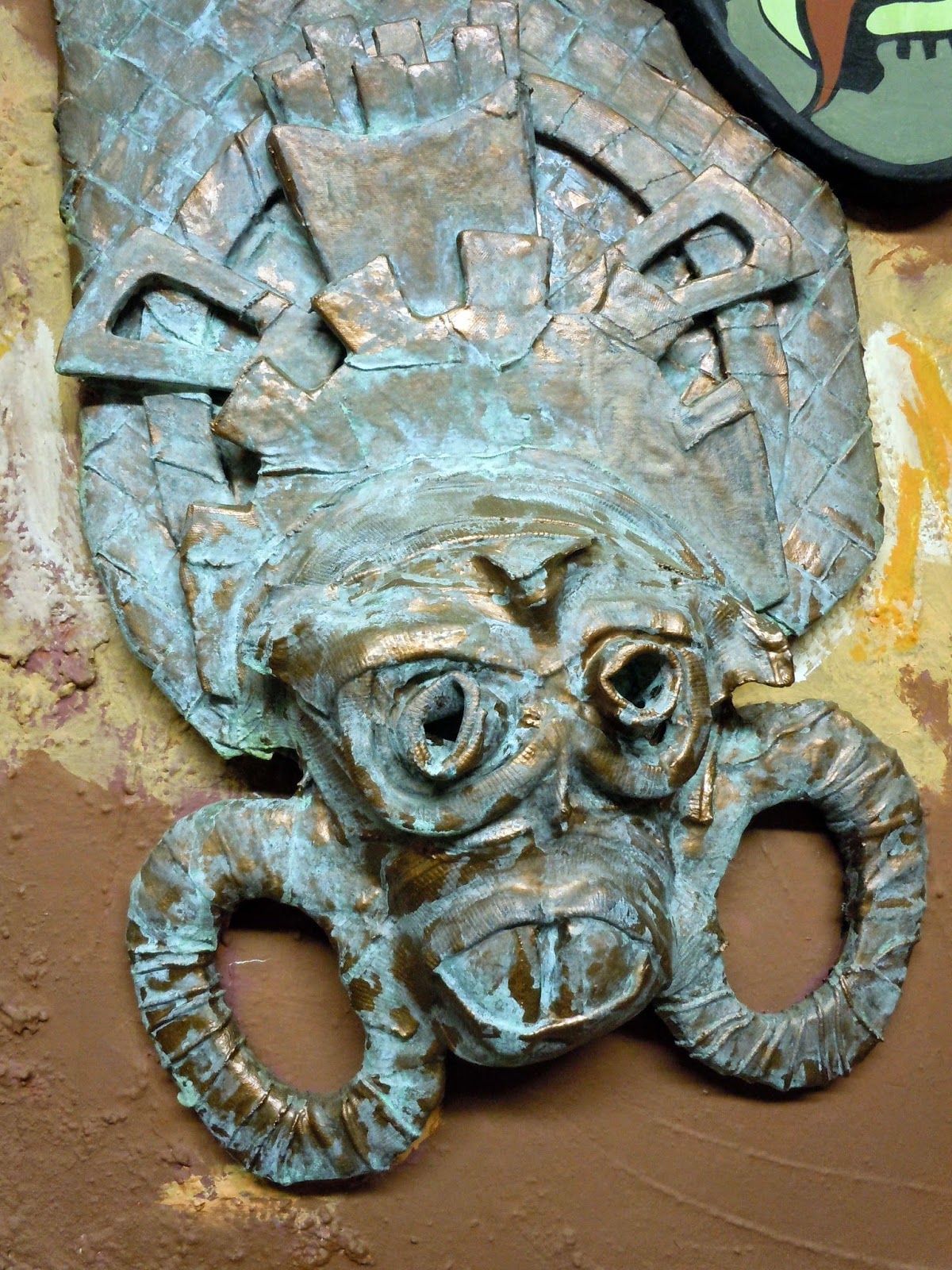 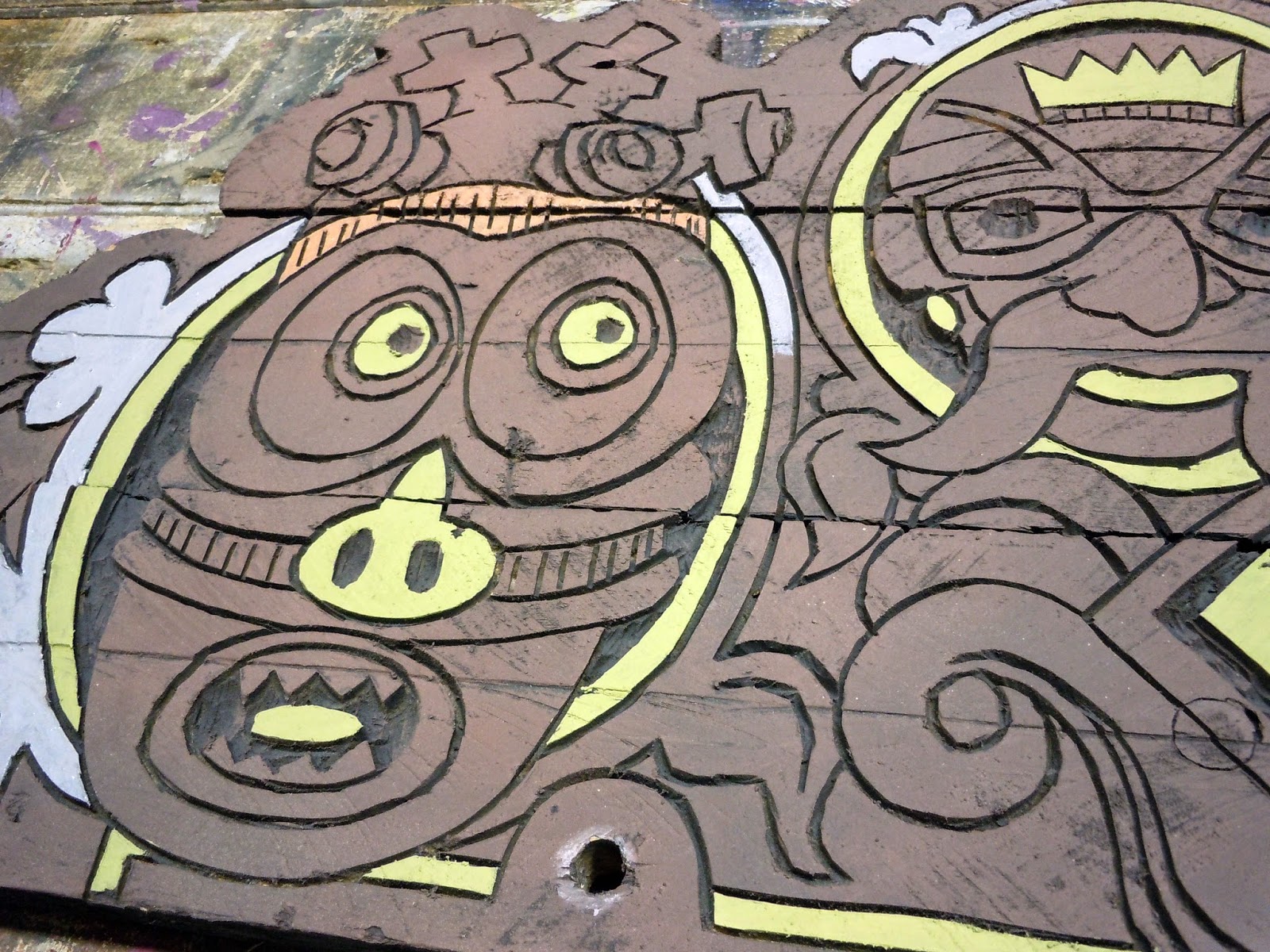 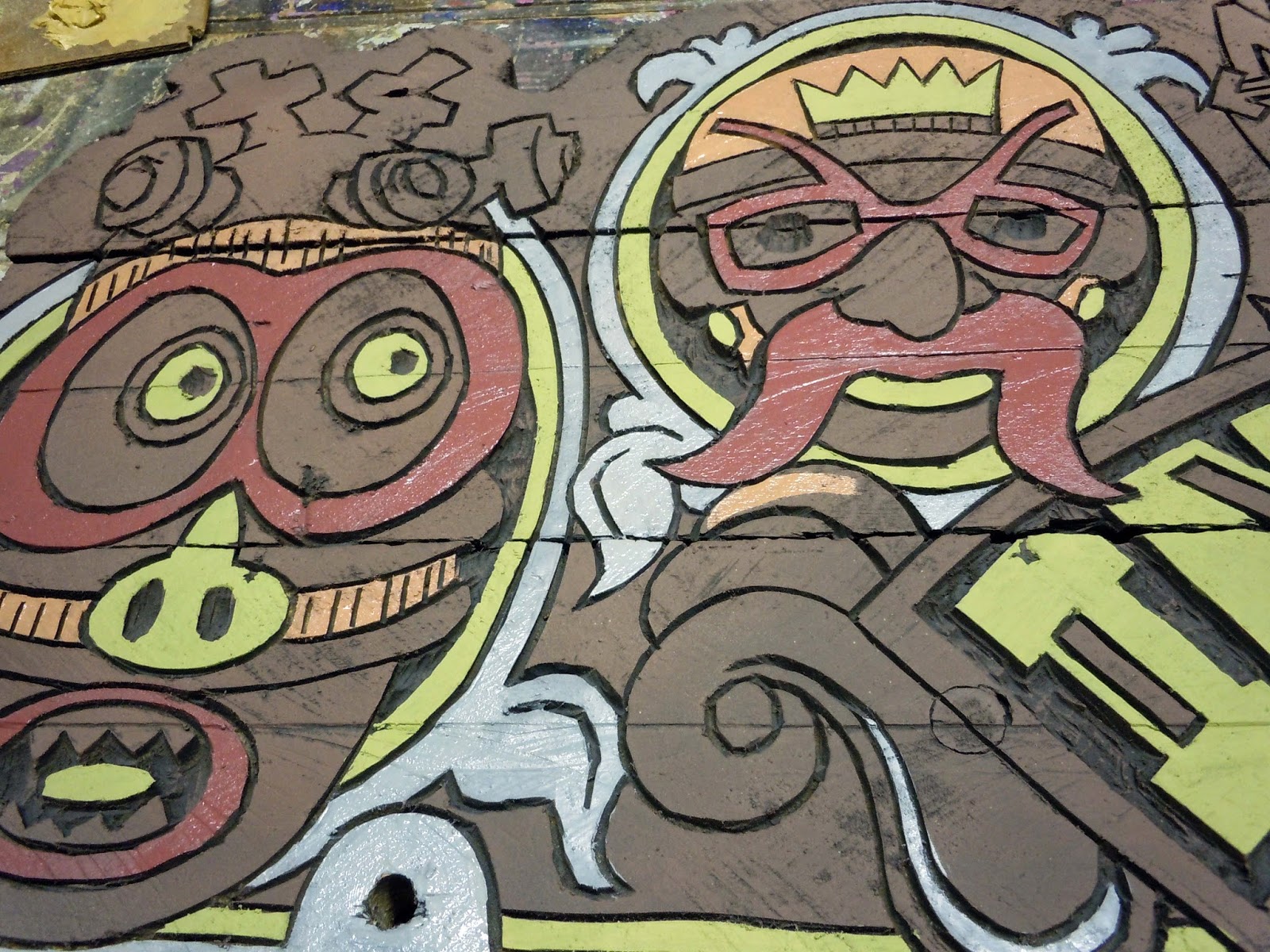 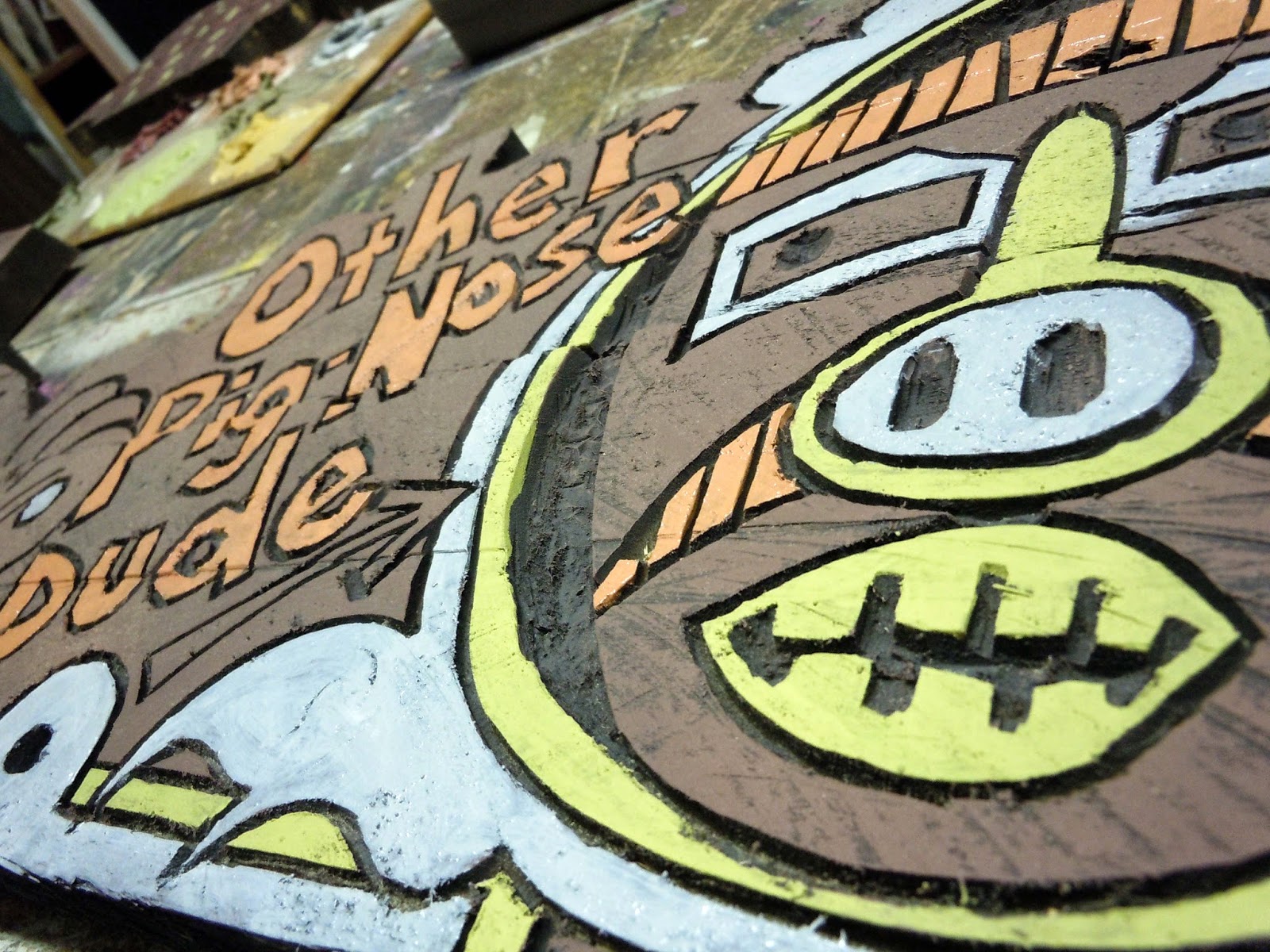 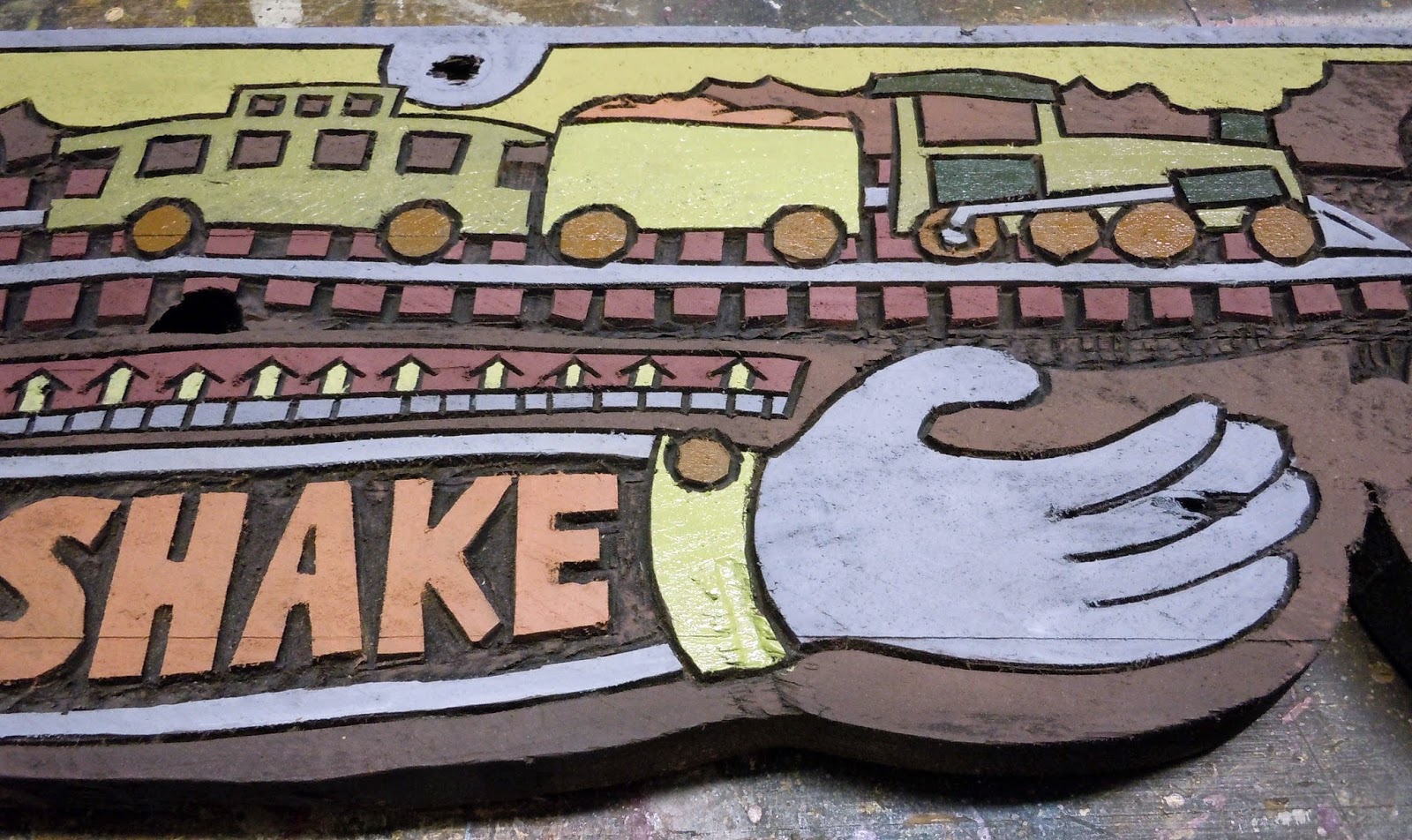 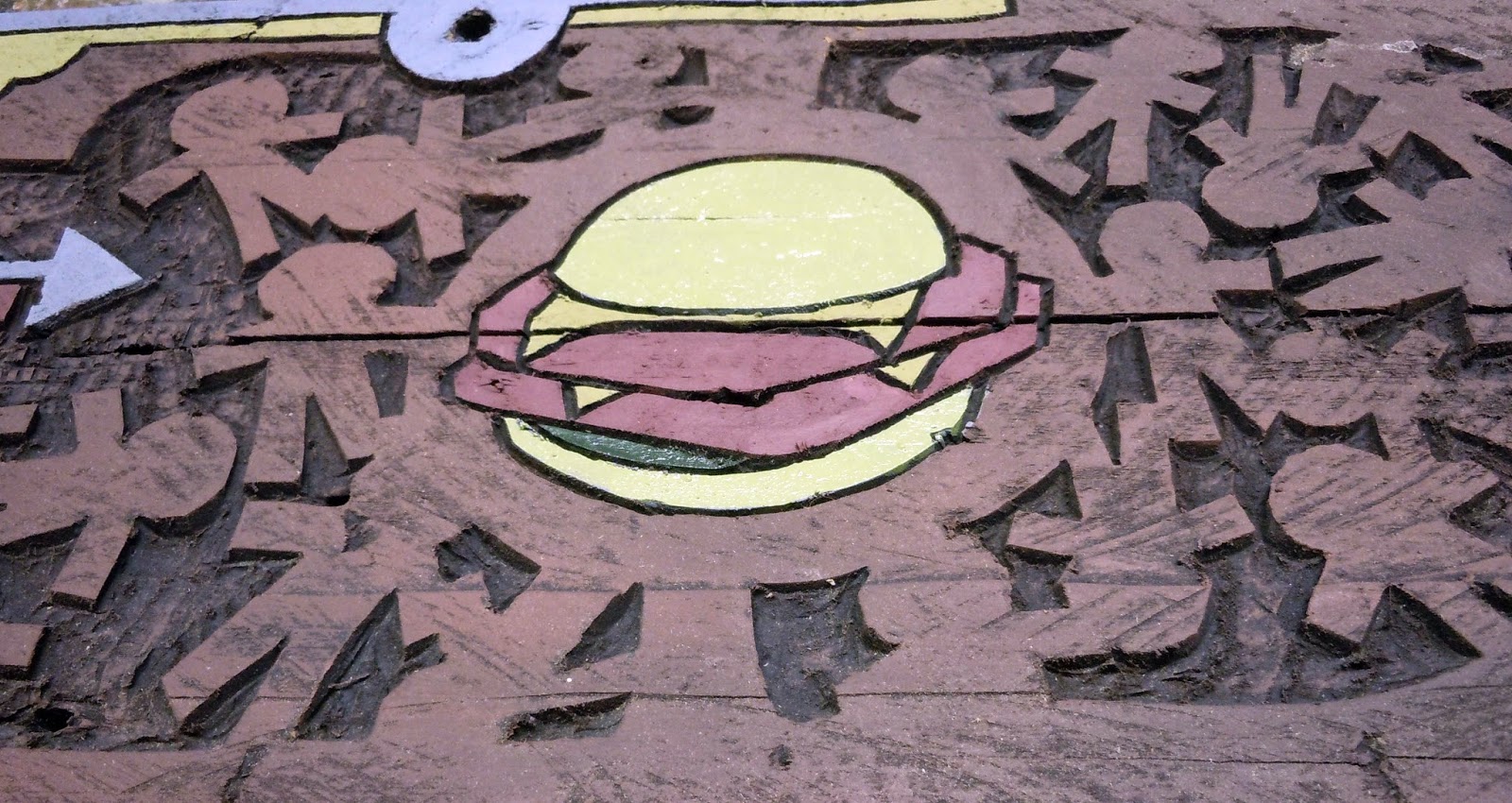 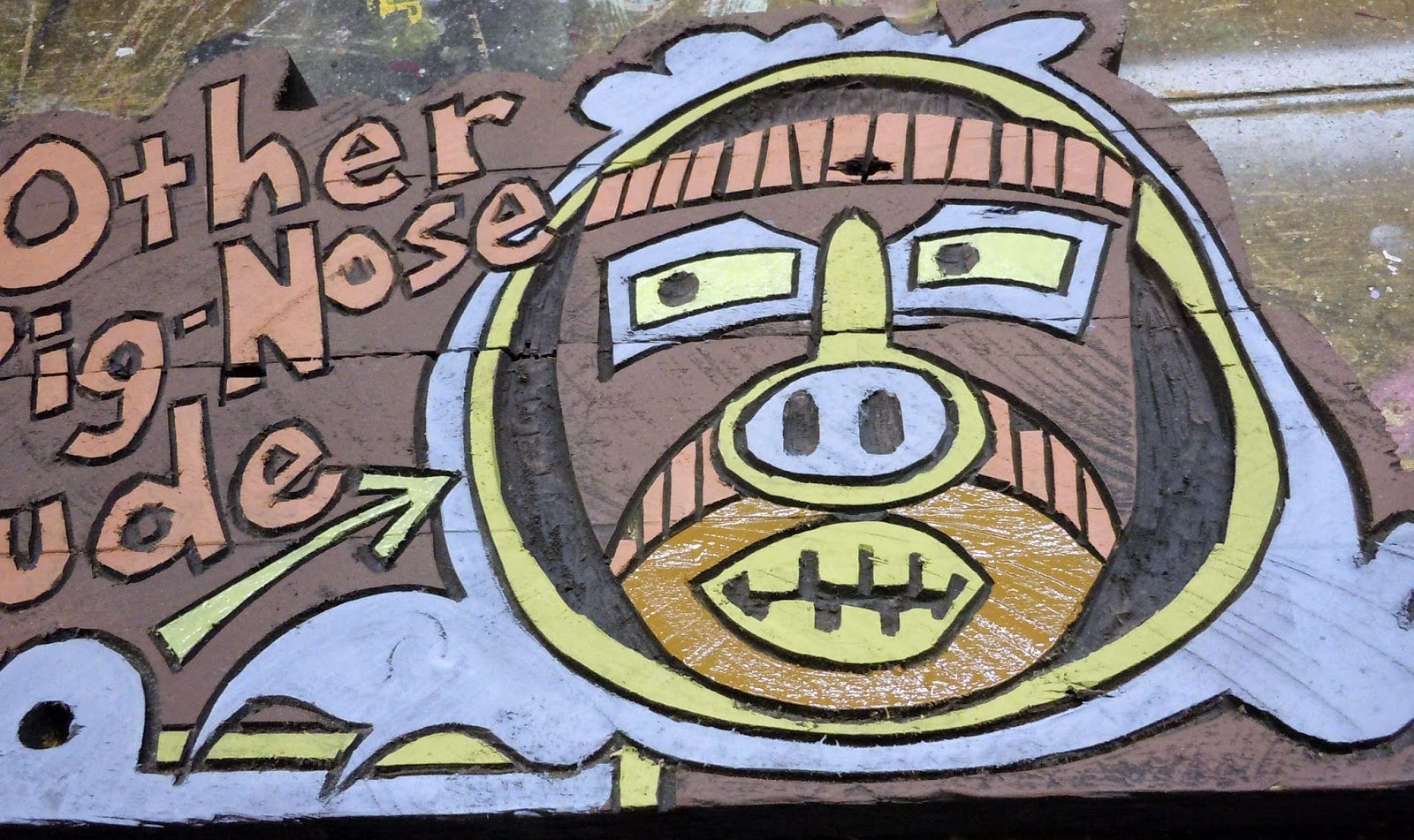 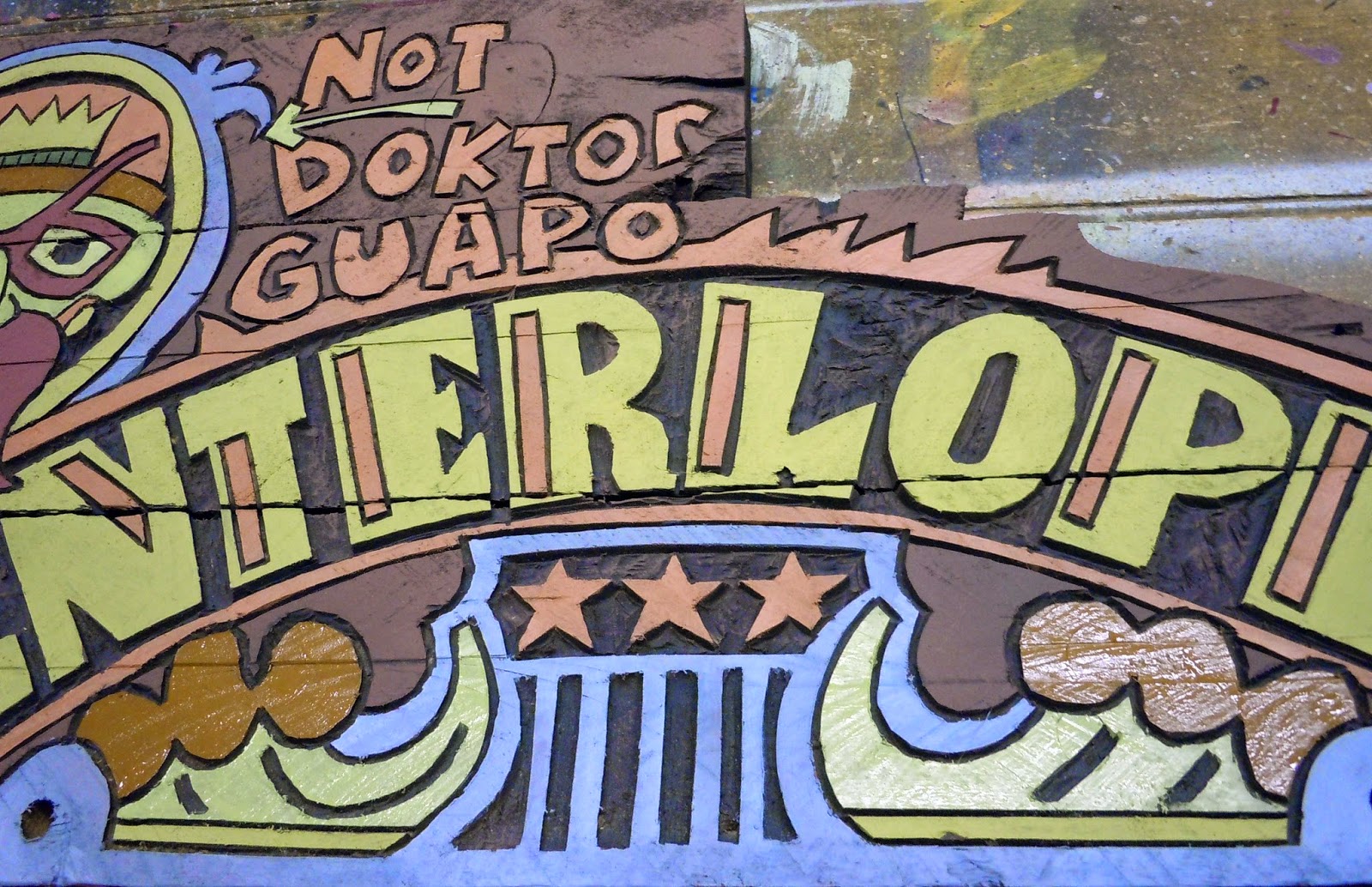 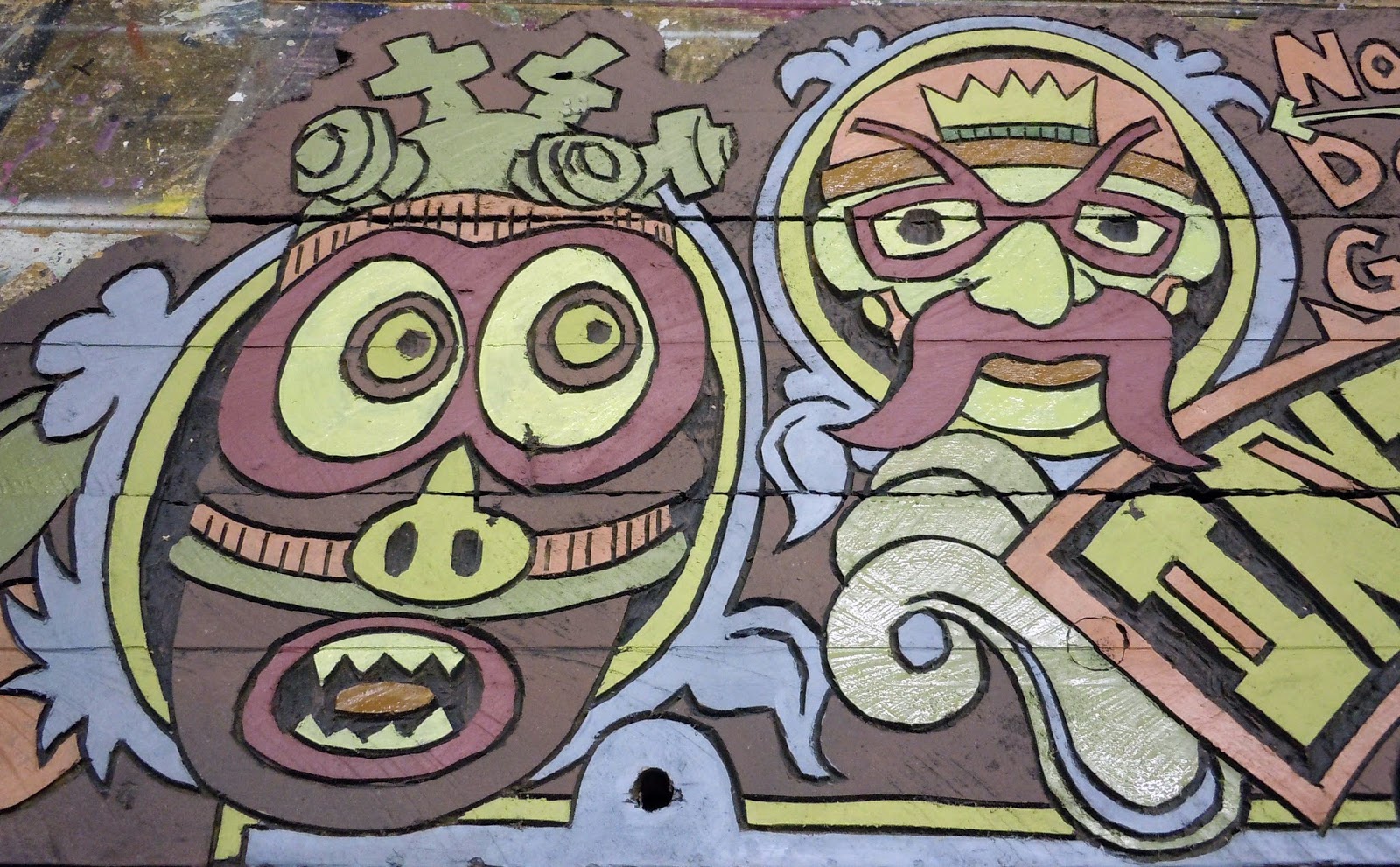 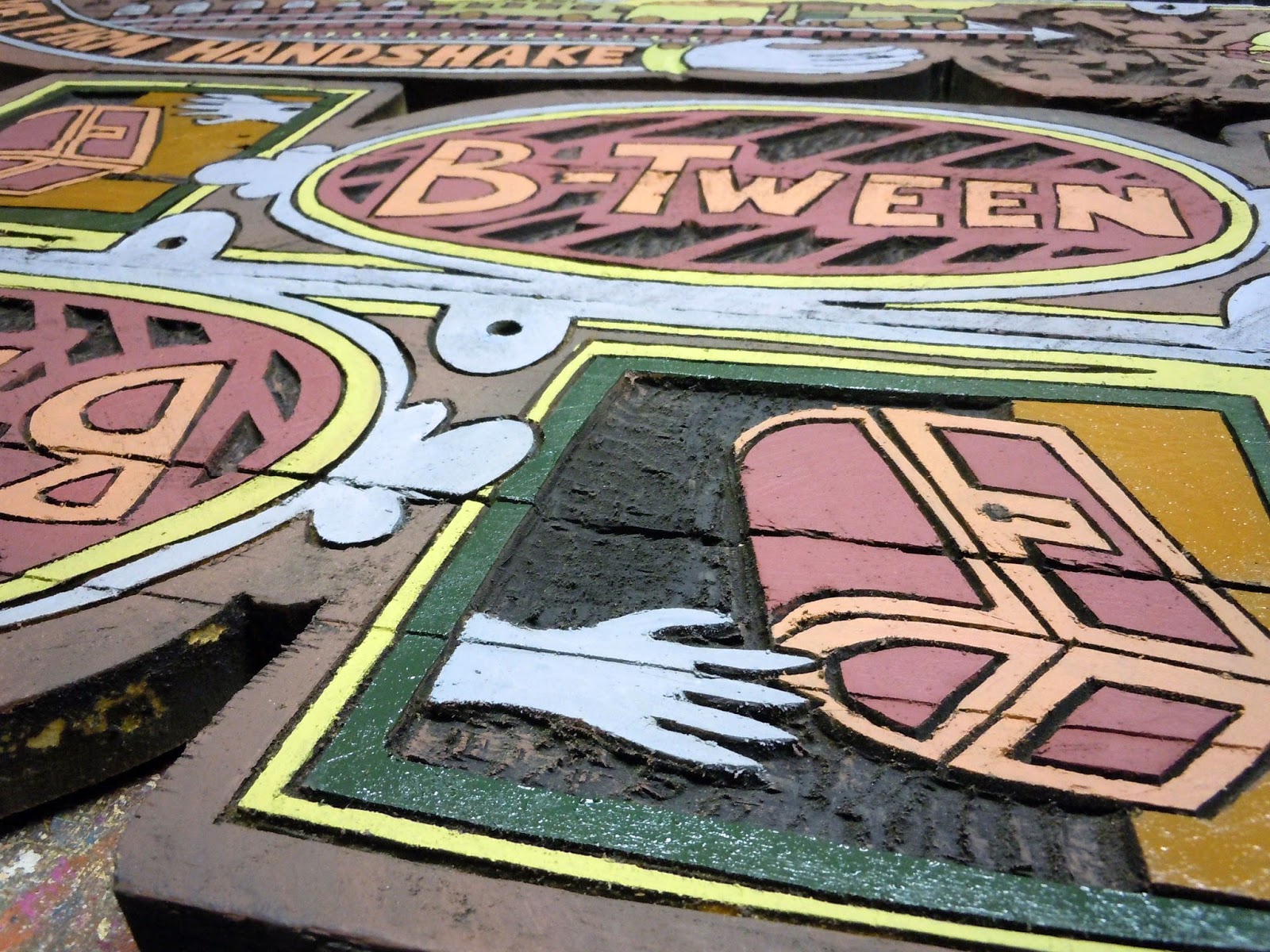 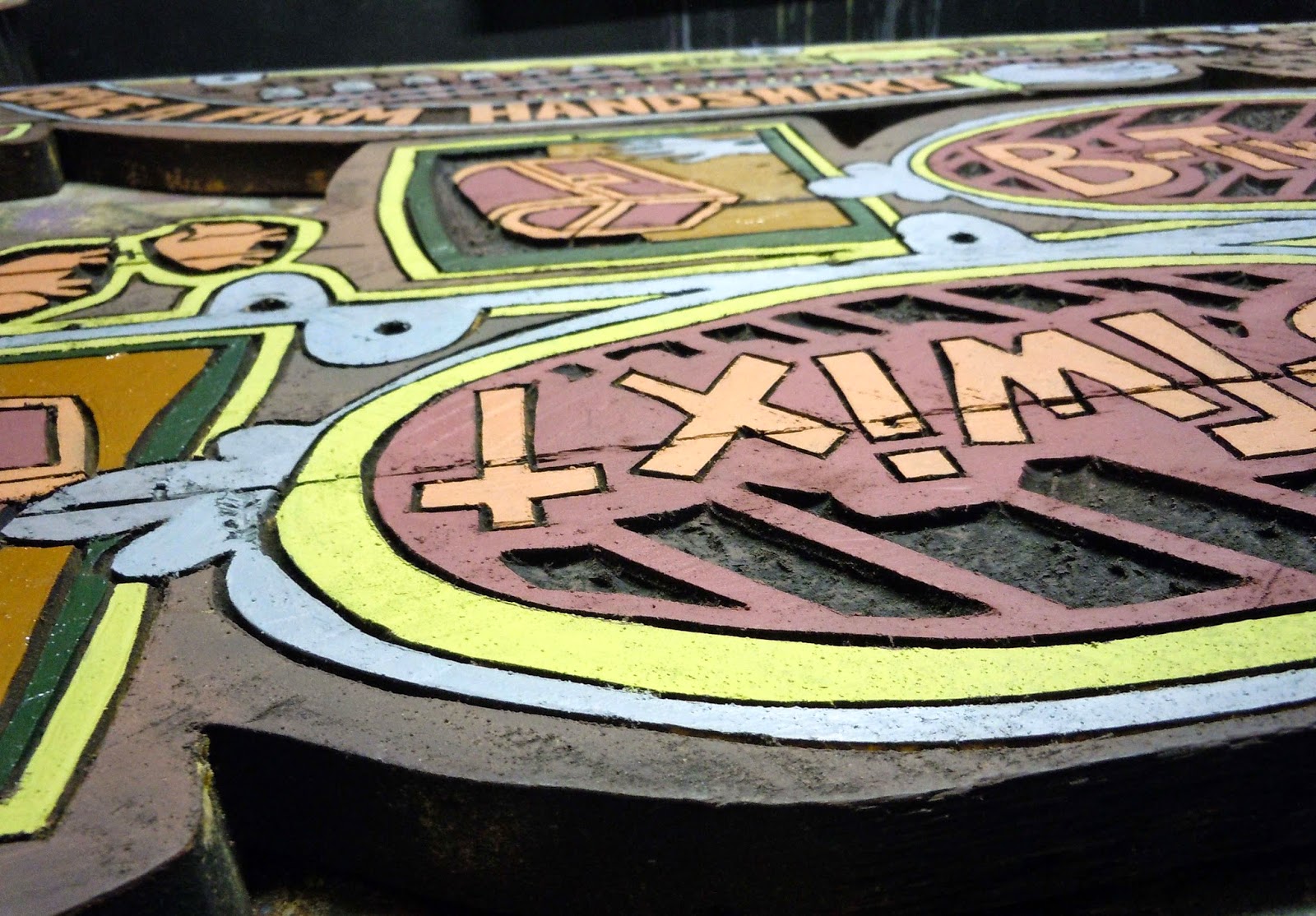