Doin' It Right At Chocolate Manor

I had hoped to get this post up by Halloween/Day of the Dead, but that obviously didn't happen.

A few weeks ago a friend of mine was in town and wanted to swing by Chocolate Manor and grab something special for her family during her visit.  You remember Chocolate Manor, right?  Allow me to refresh your memory. 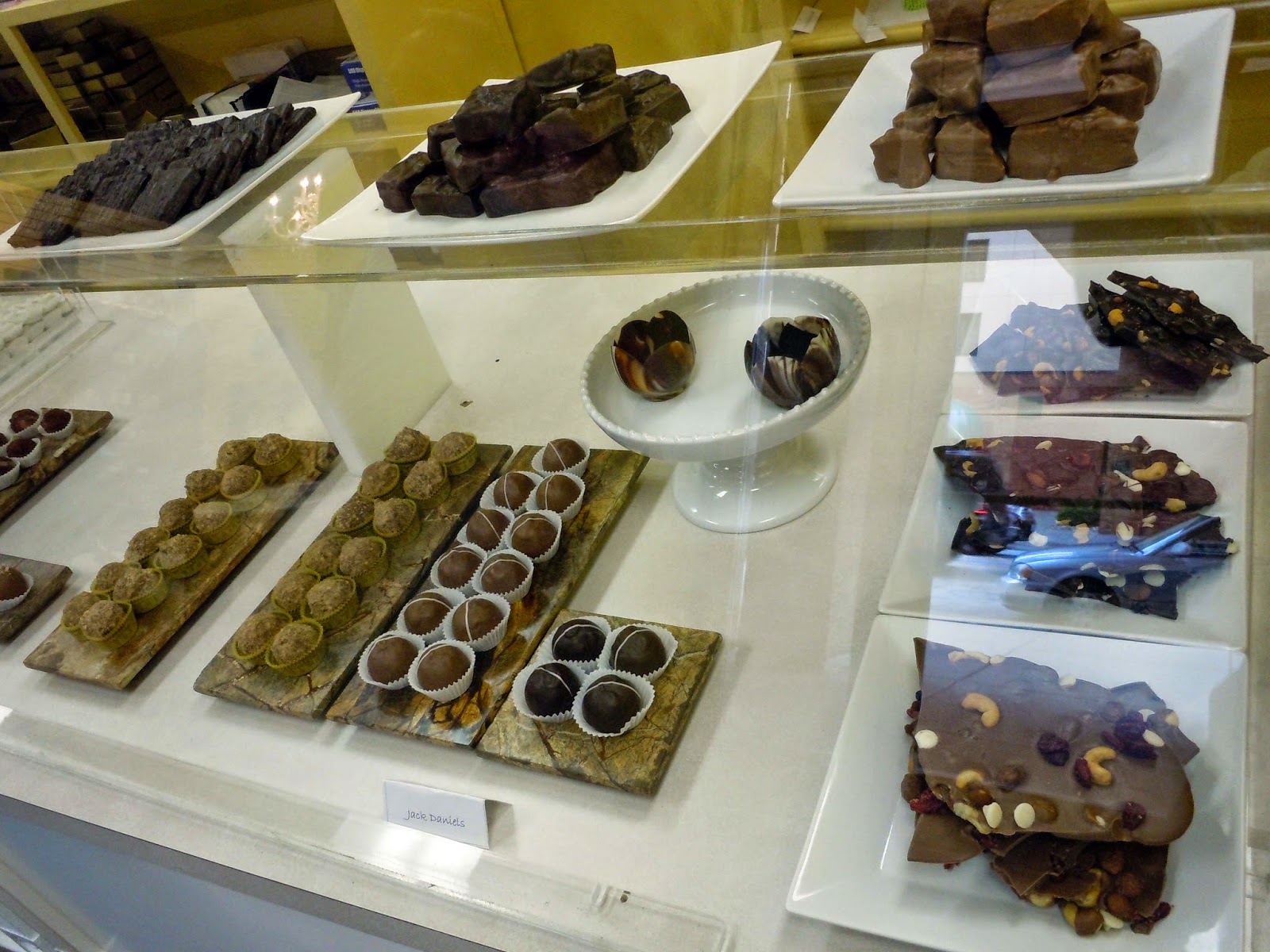 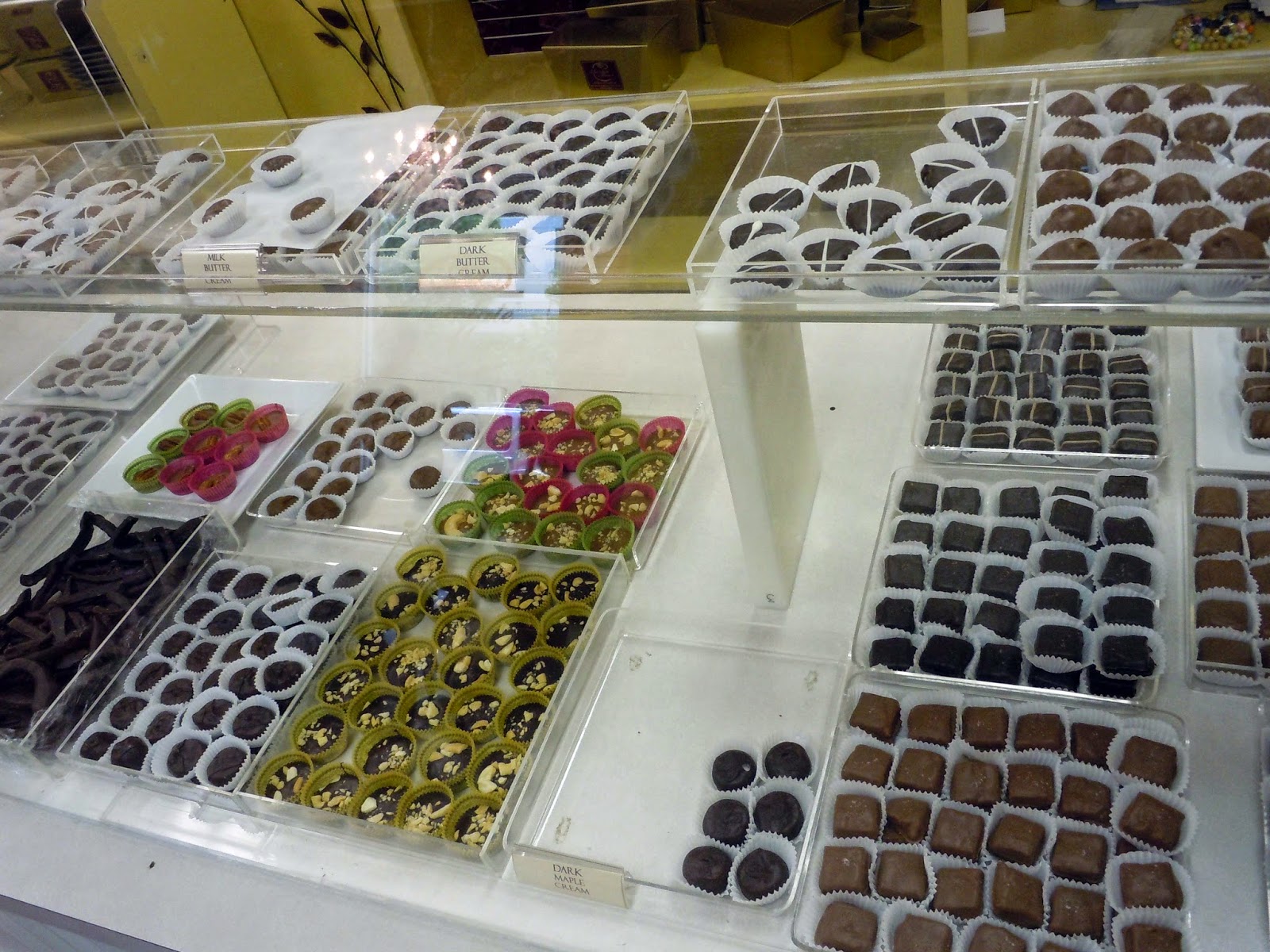 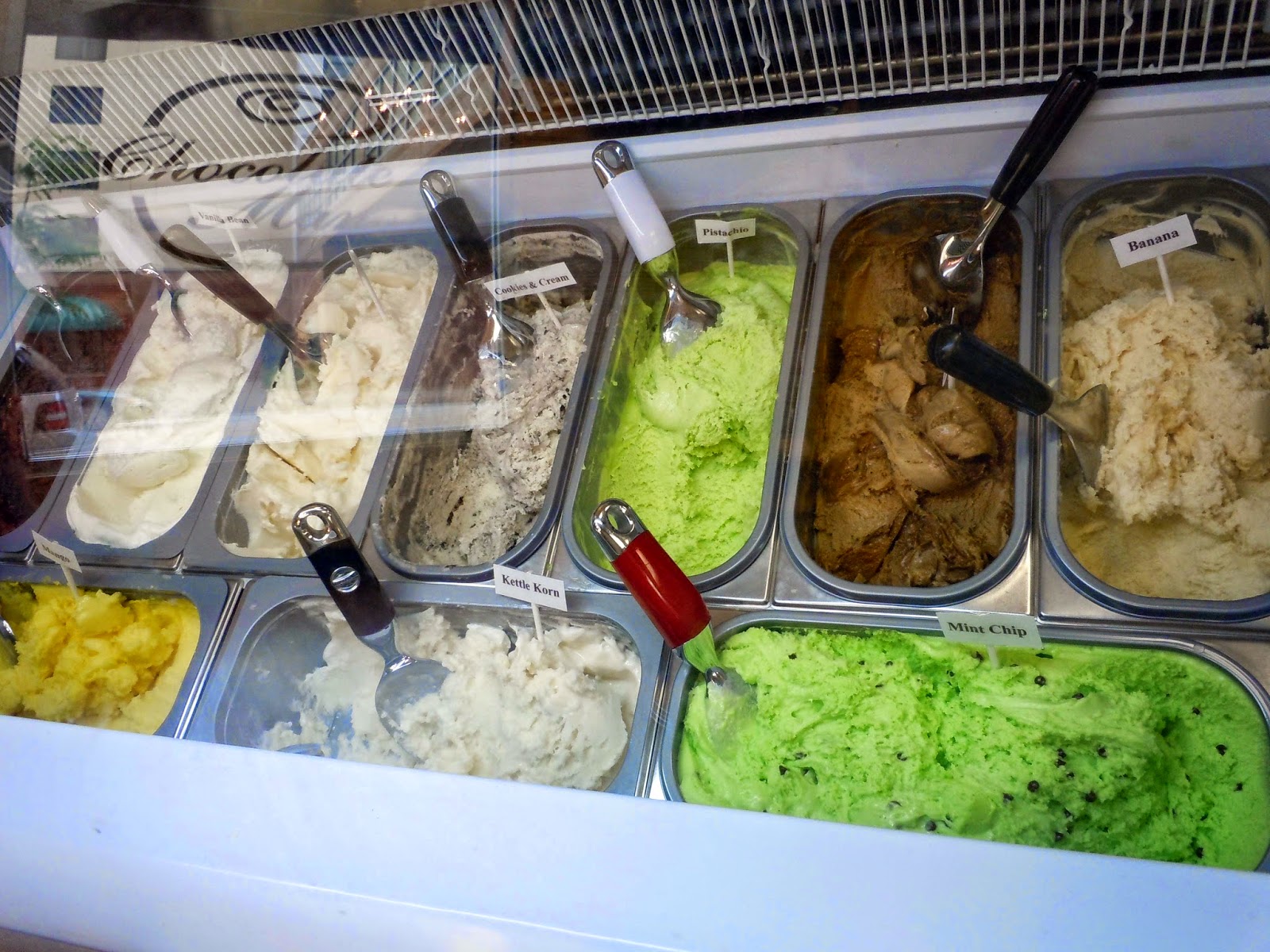 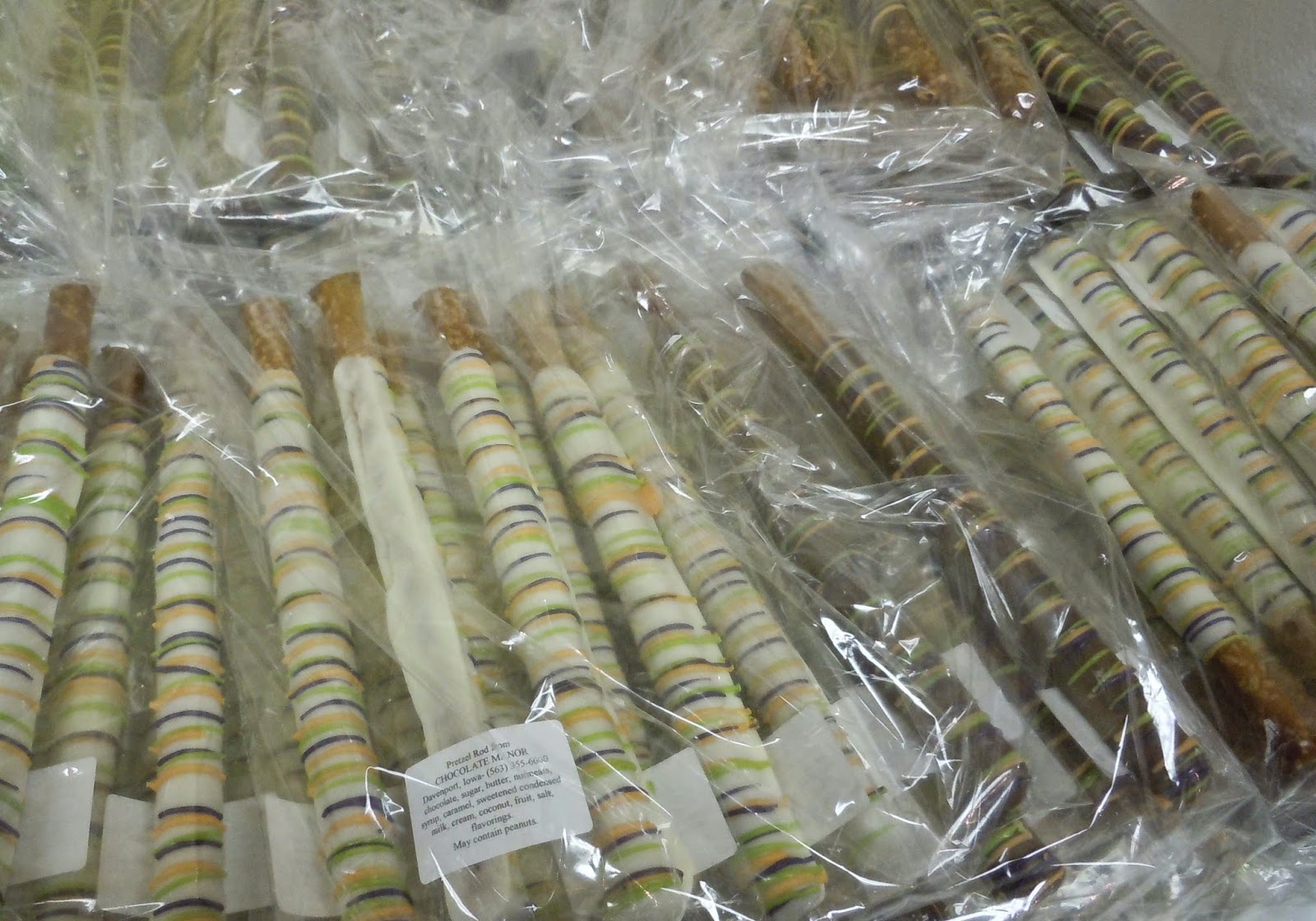 Anyway, while we were in the store, local artist/chocolate artist Randyl Mohr showed us some of her white chocolate skulls she was making for a lucky customer for Halloween.  I asked her if I could snap a few photos of her process to post on my blog. 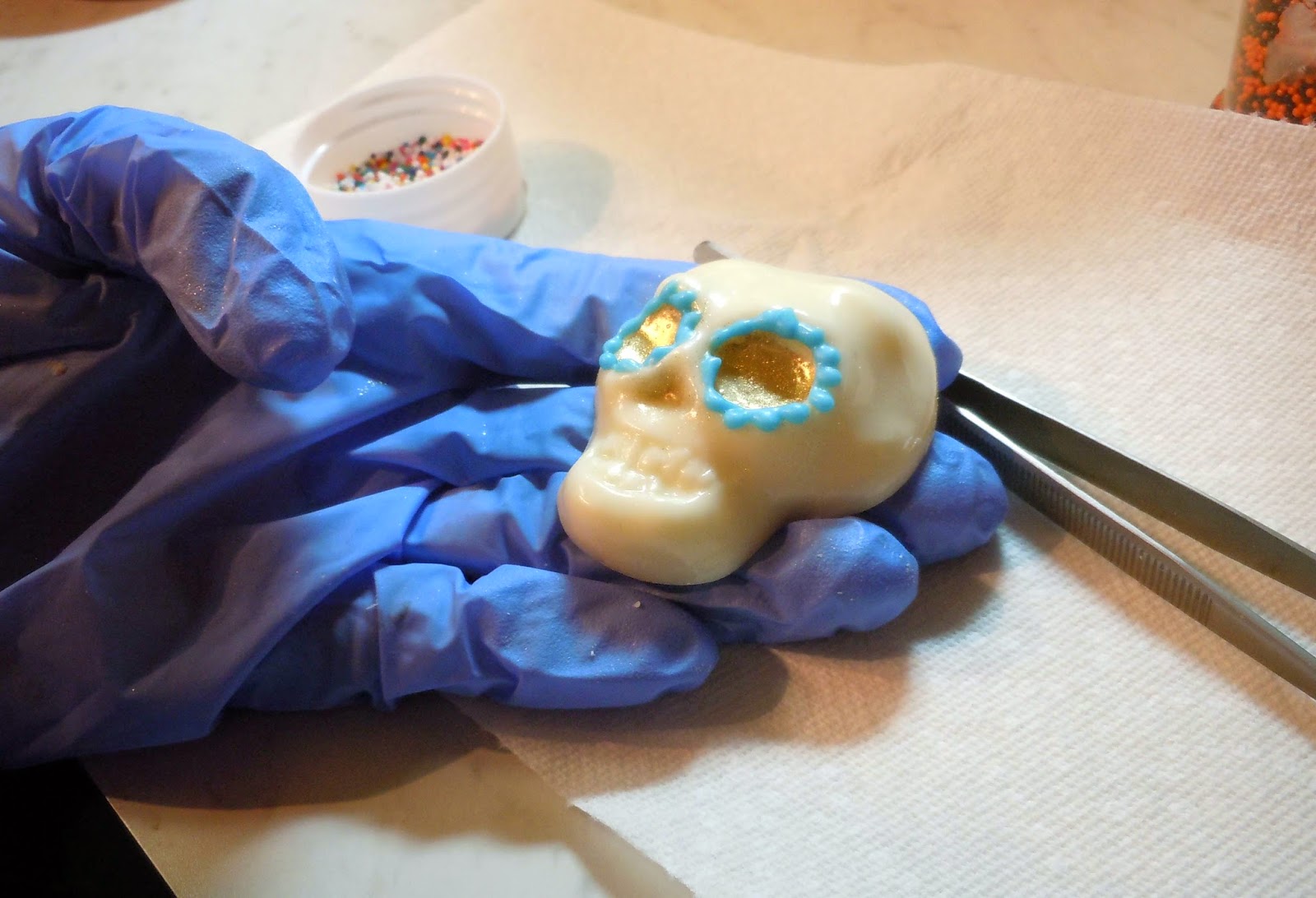 She starts out with a pan of undecorated white chocolate skulls which have been removed from a mold. 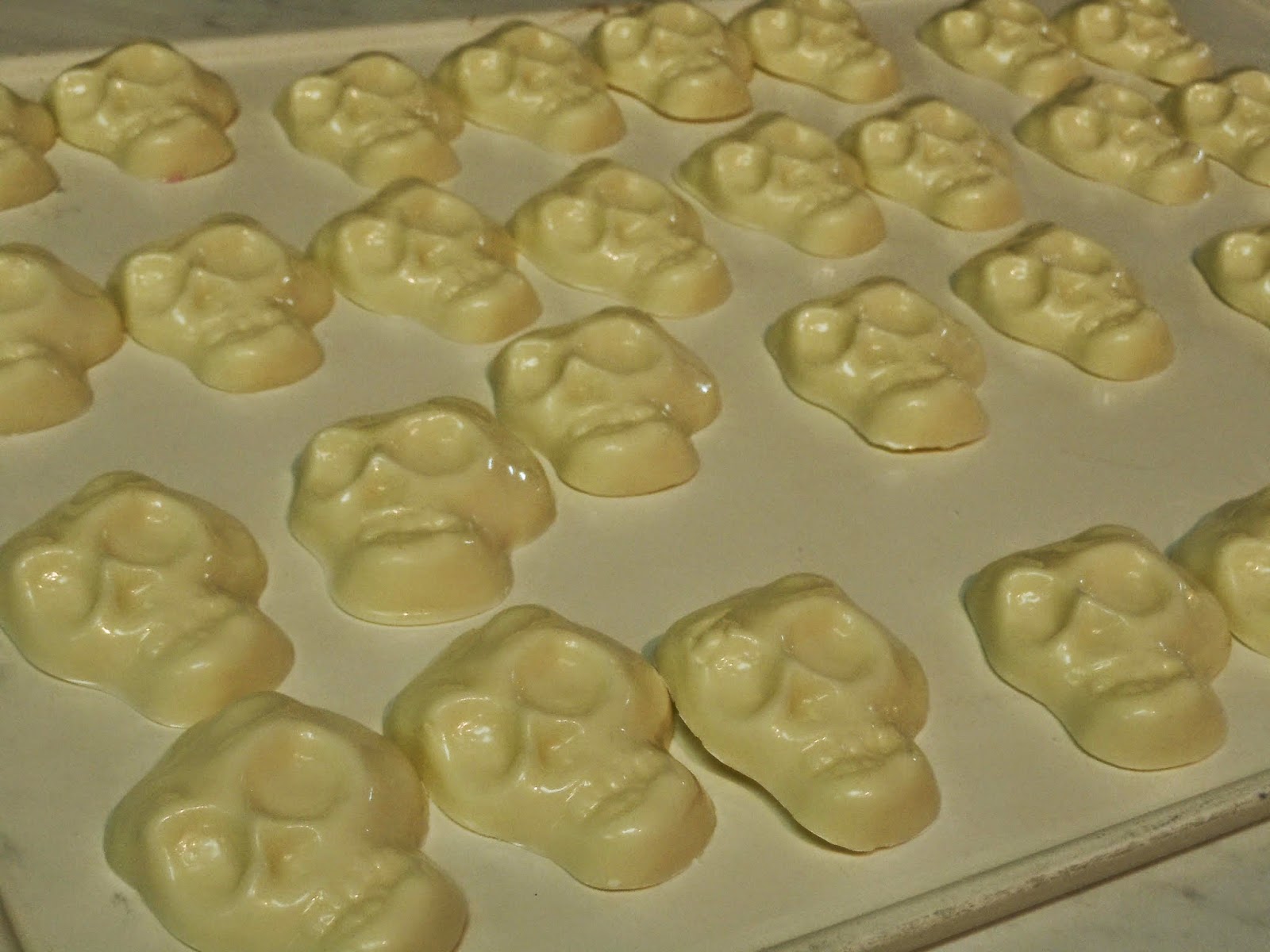 Next she gently 'cleans' each chocolate with a small amount of vodka to remove any impurities which would prevent the next steps from adhering properly to the surface of the chocolate.

Then, with an itty-bitty pastry bag, she pipes on some colored white chocolate around the eyes. 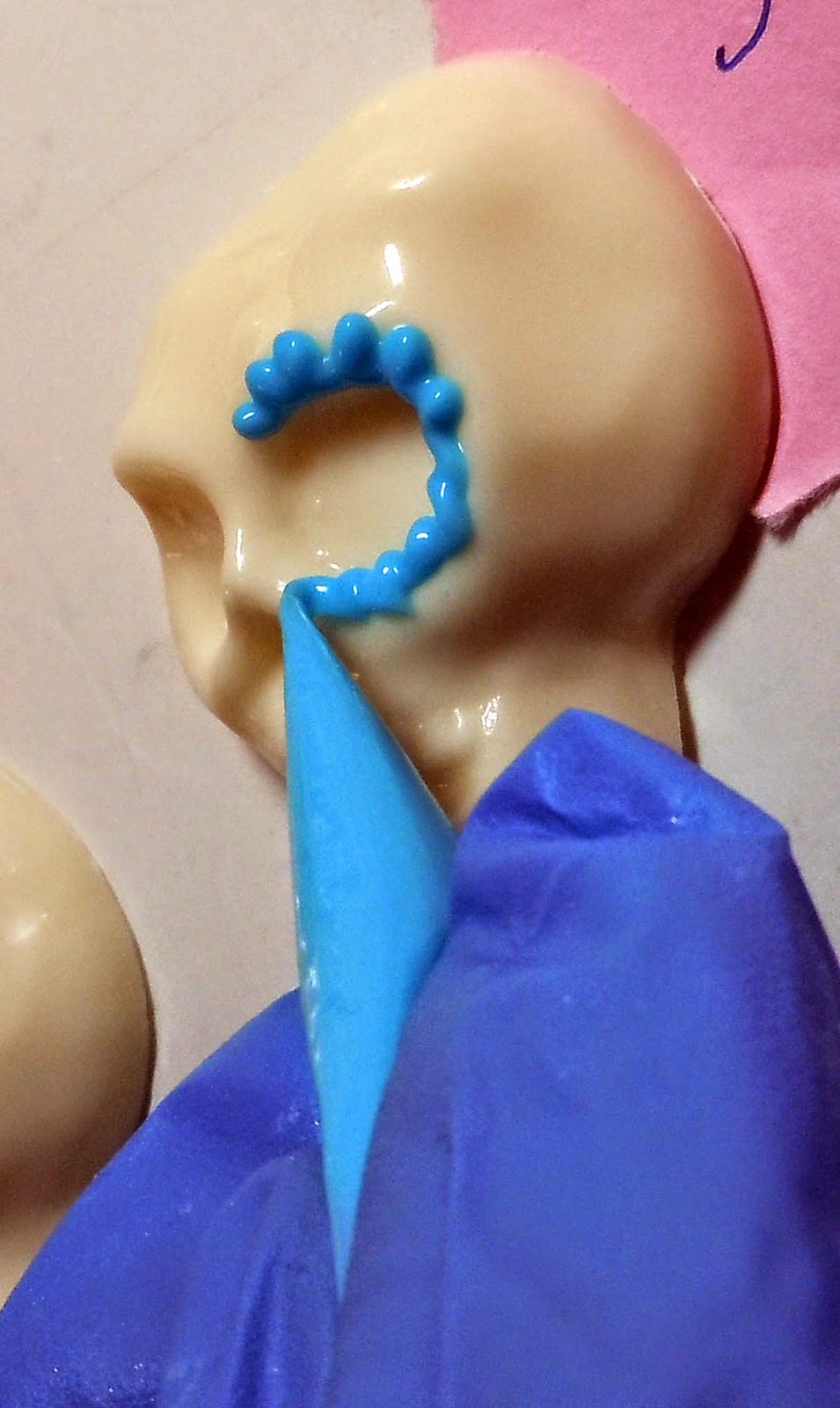 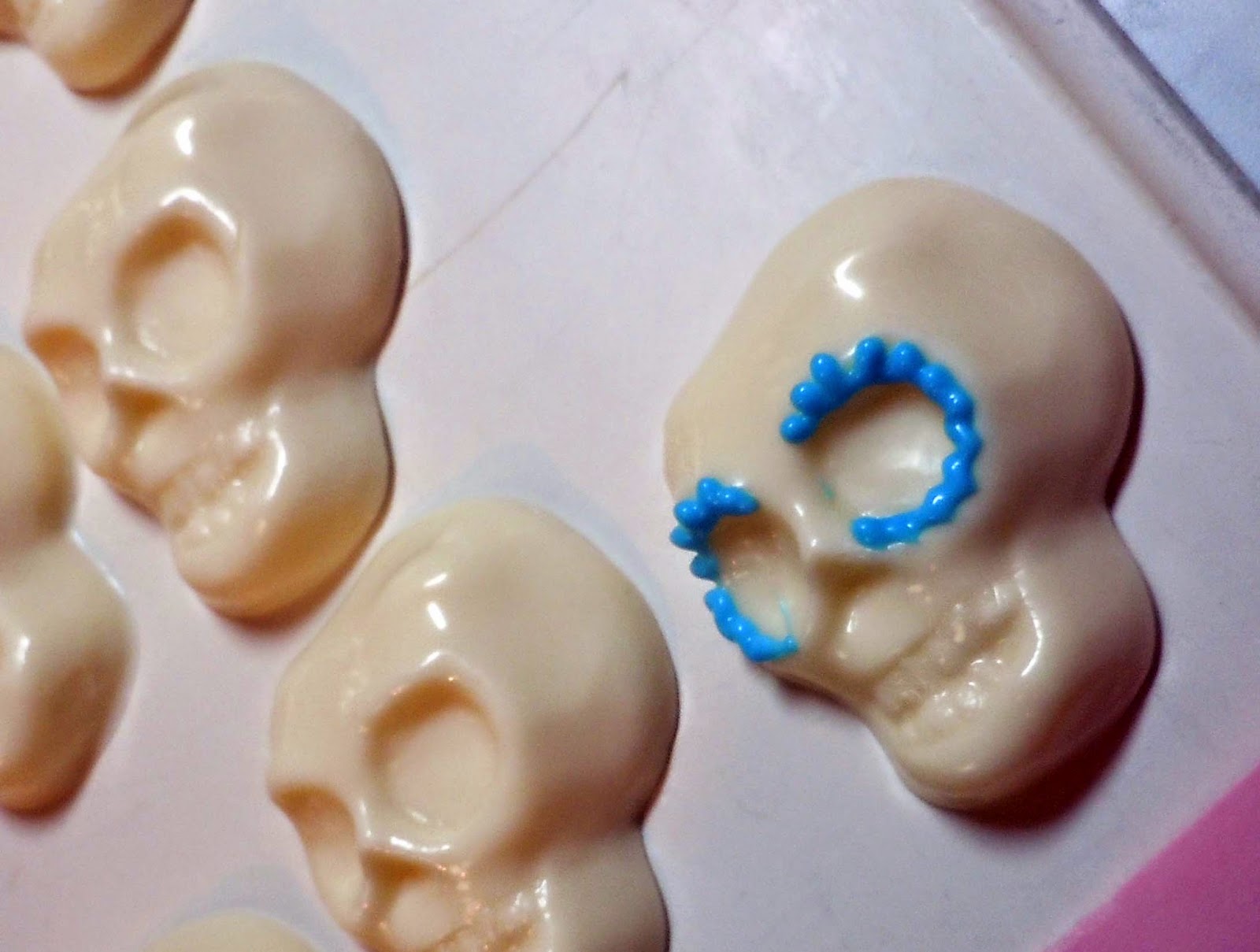 If the colored chocolate around the eyes wasn't time-consuming enough, she then hand paints each eye socket with edible gold. 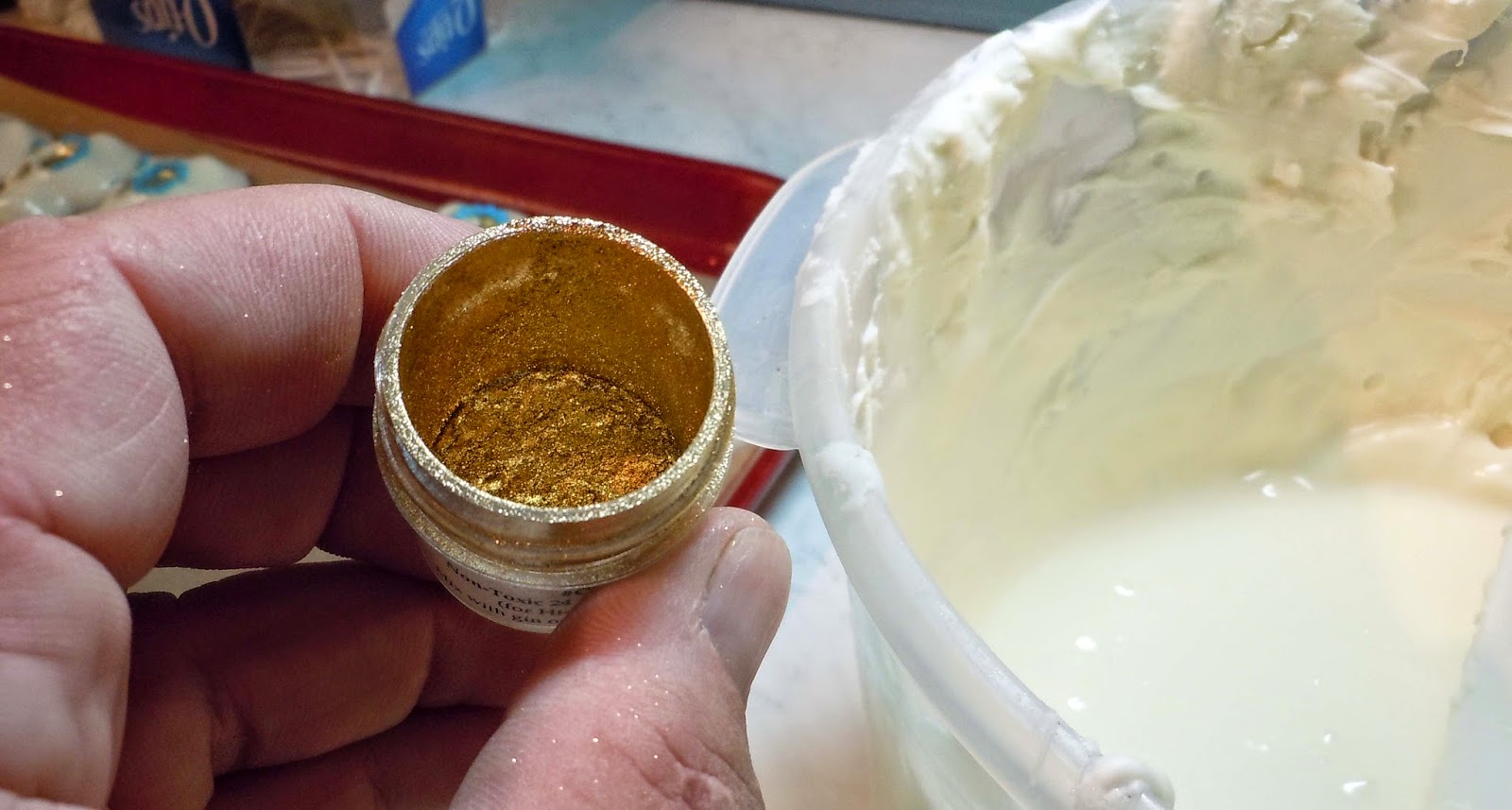 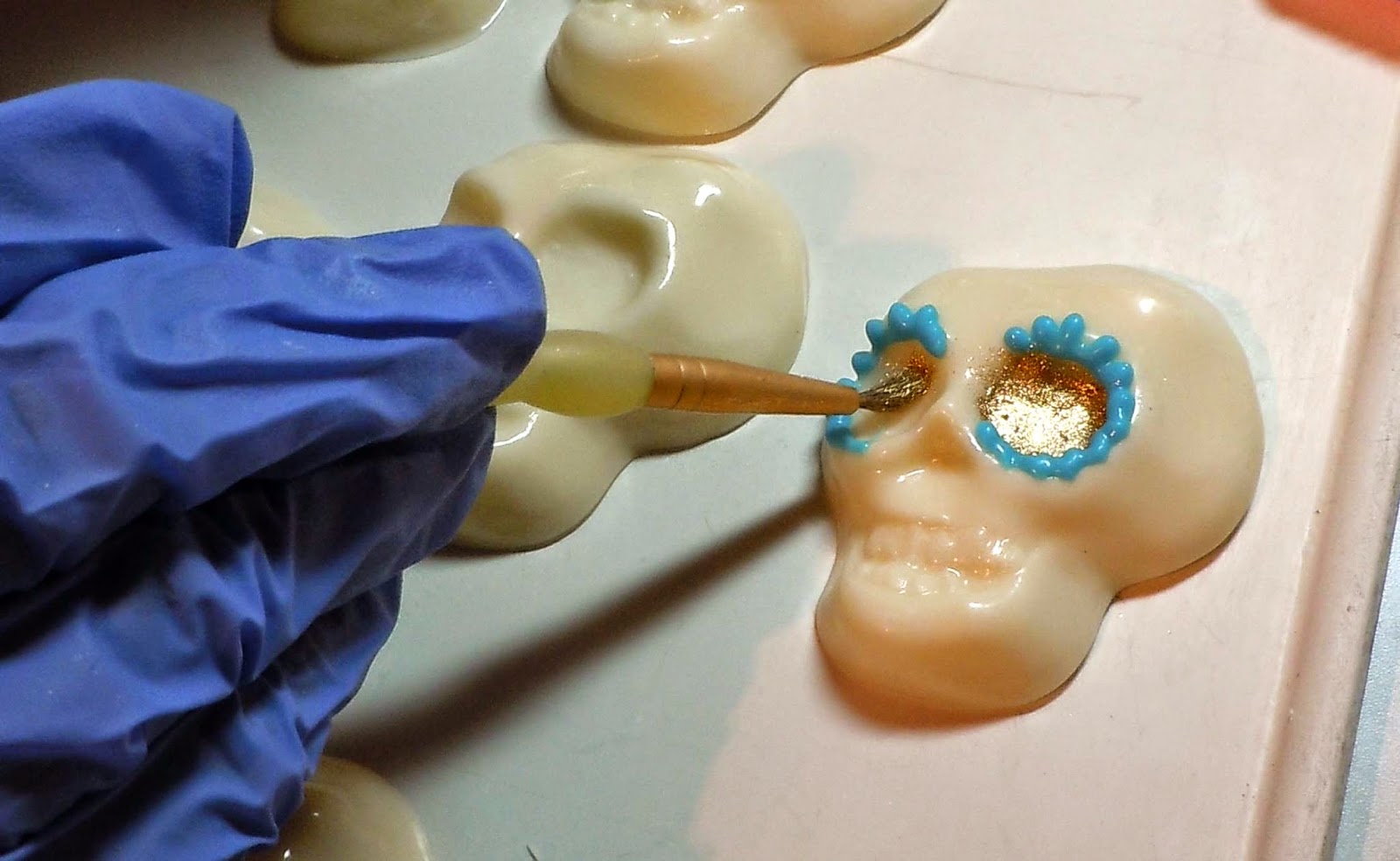 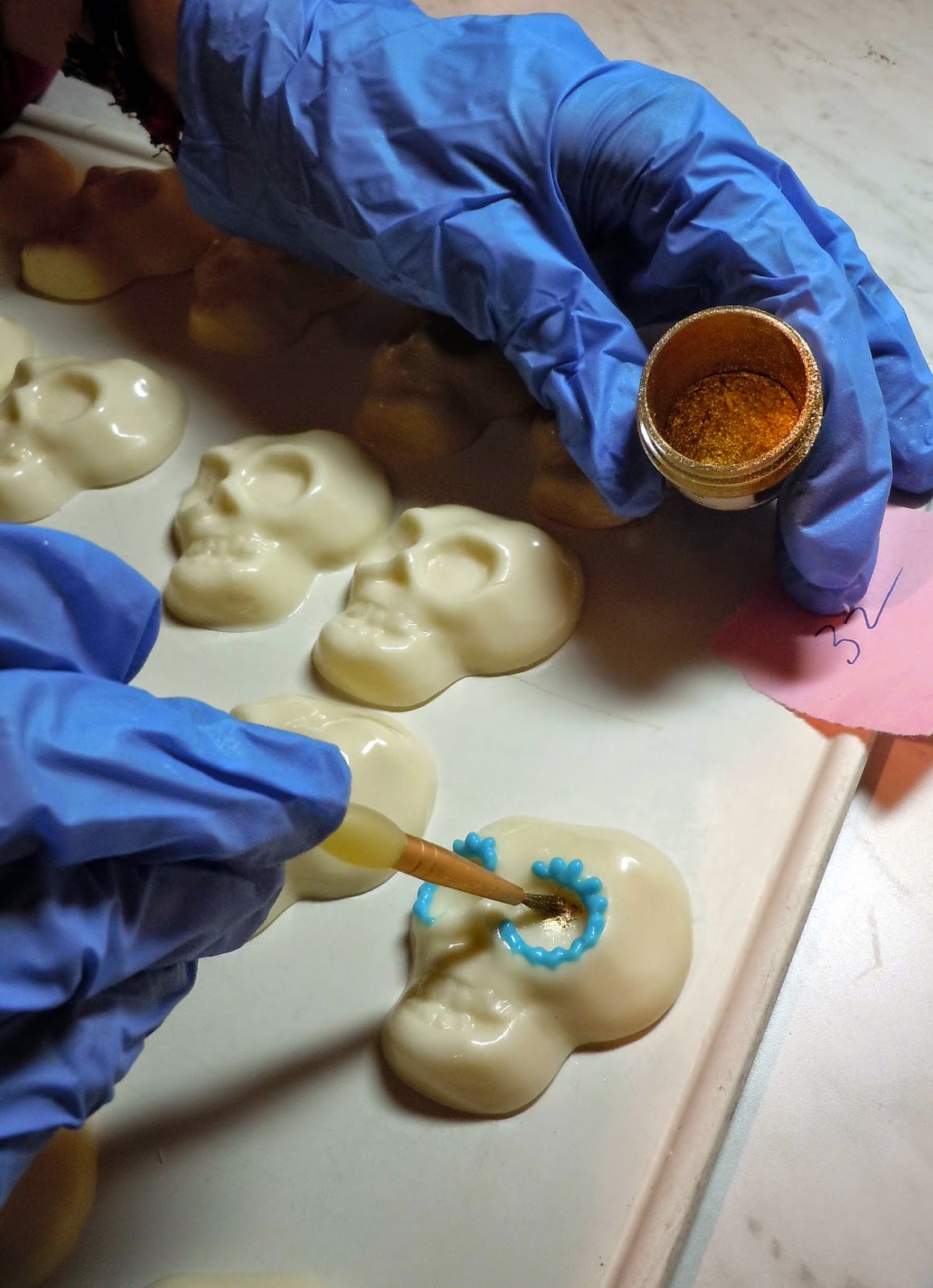 One by one she gives her attention to each skull. 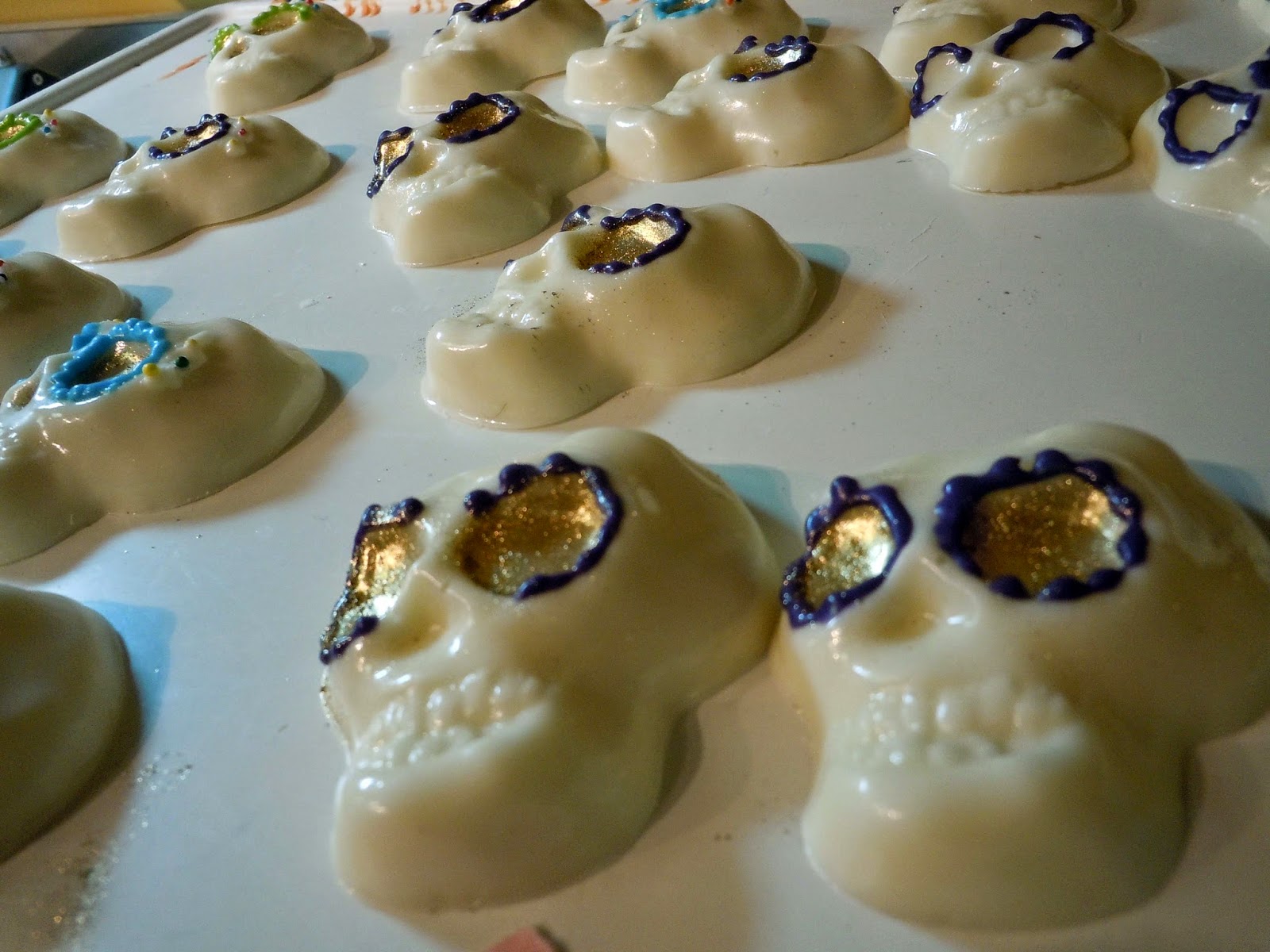 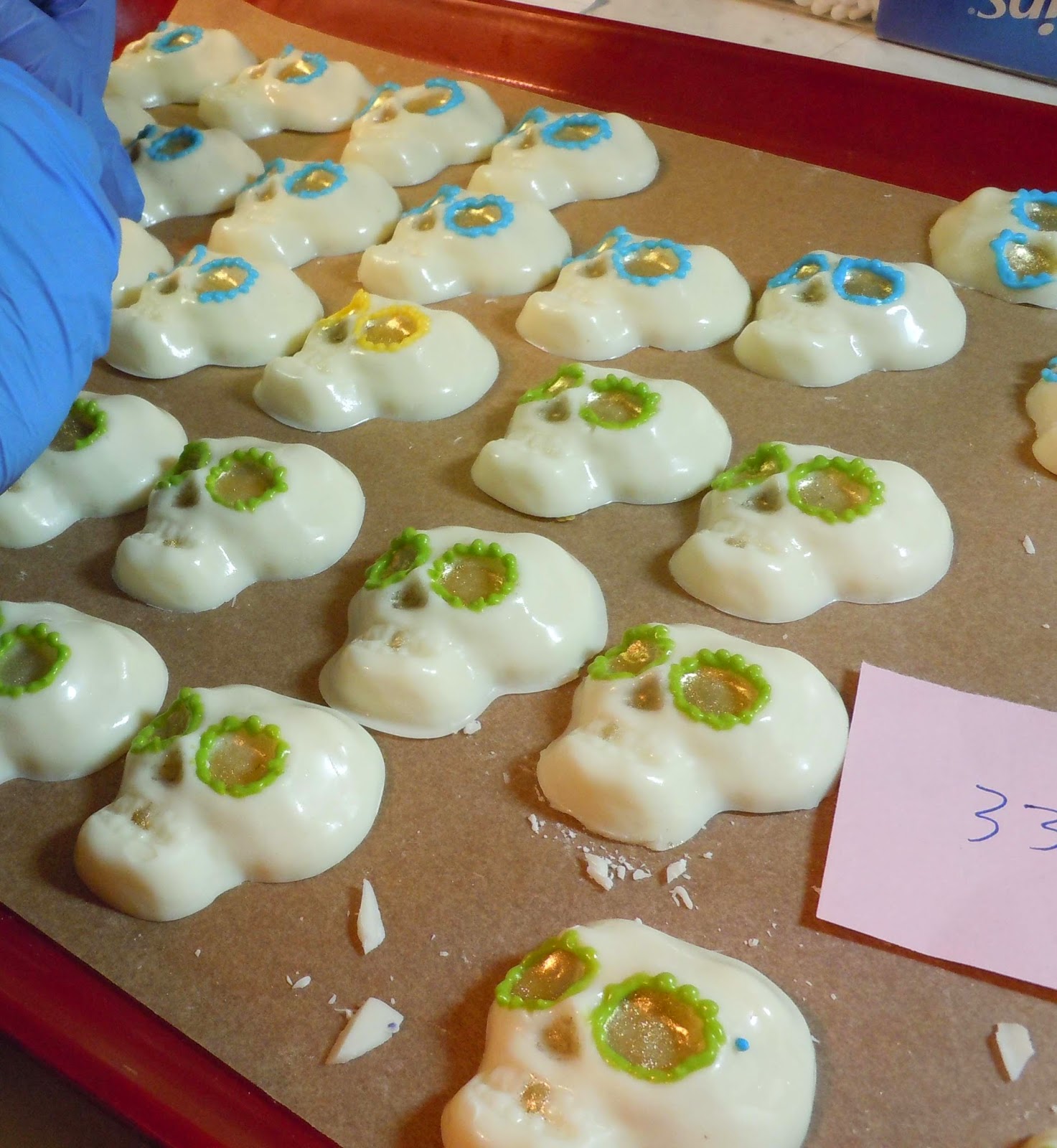 The black arrow points to the shot glass with vodka used to 'clean' each skull of impurities. 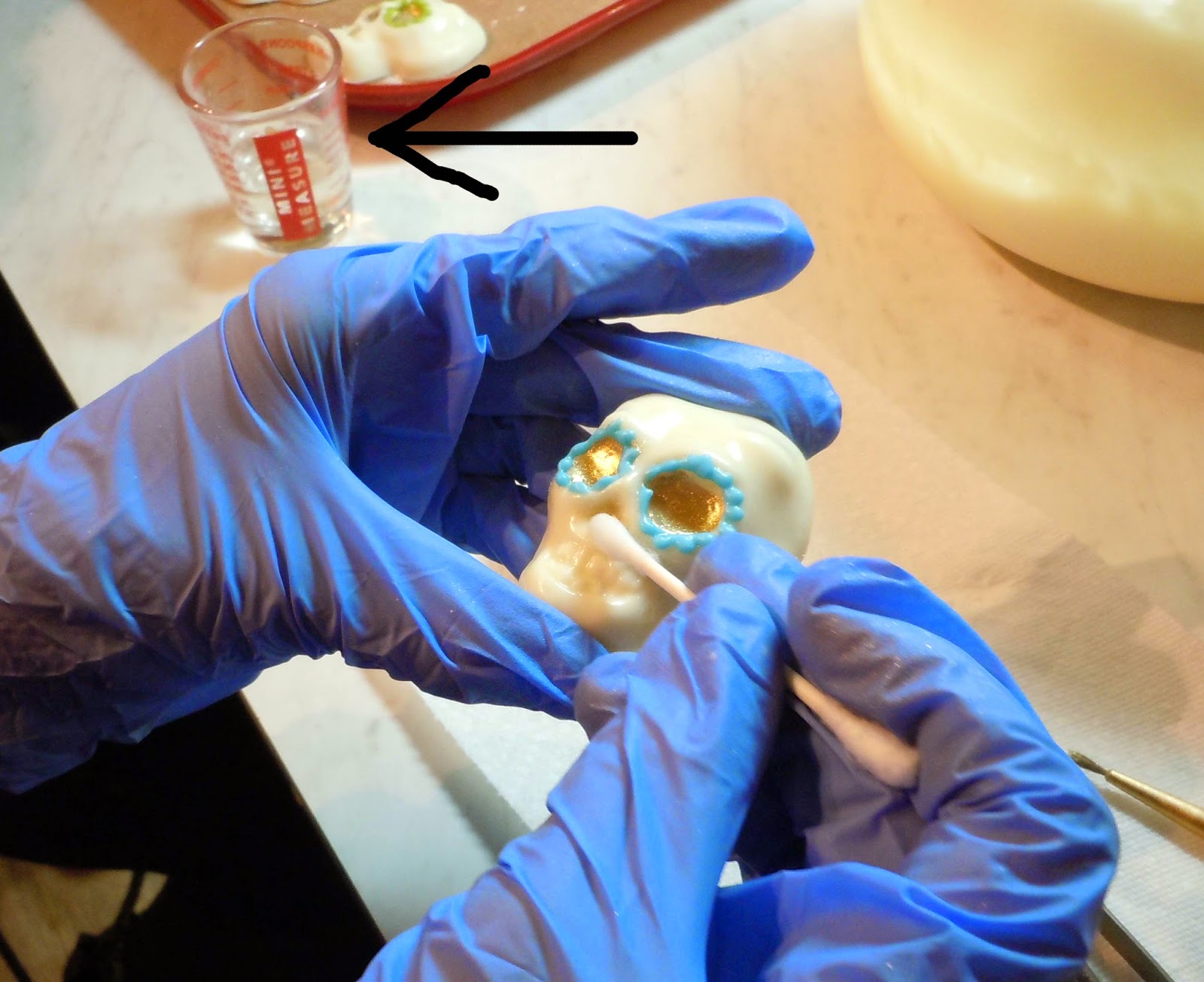 Now, this next part blows my mind.  Randyl picks up a nonpareil (small candy bead) with tweezers, gently dips half of it in a bowl of liquid white chocolate..... 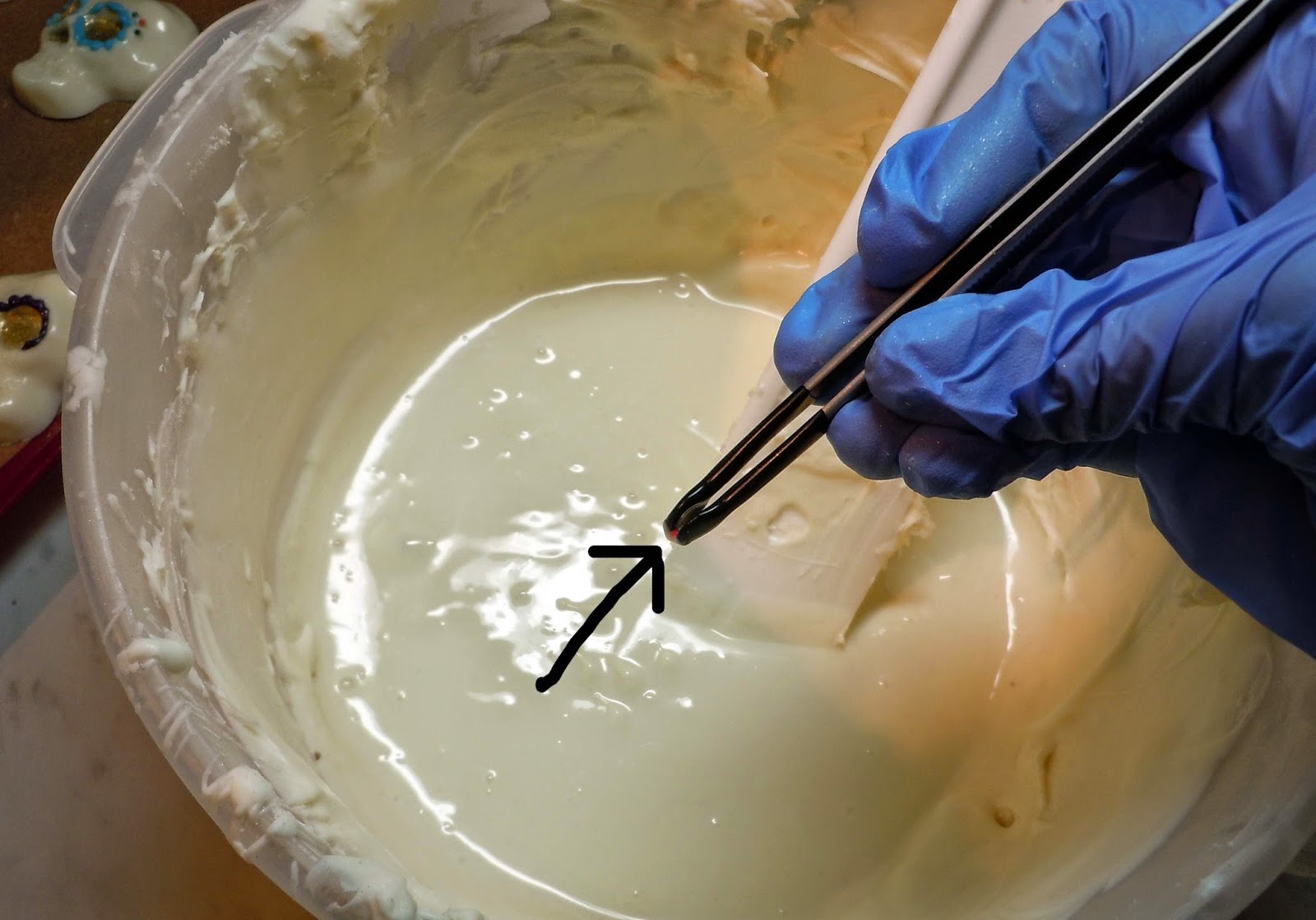 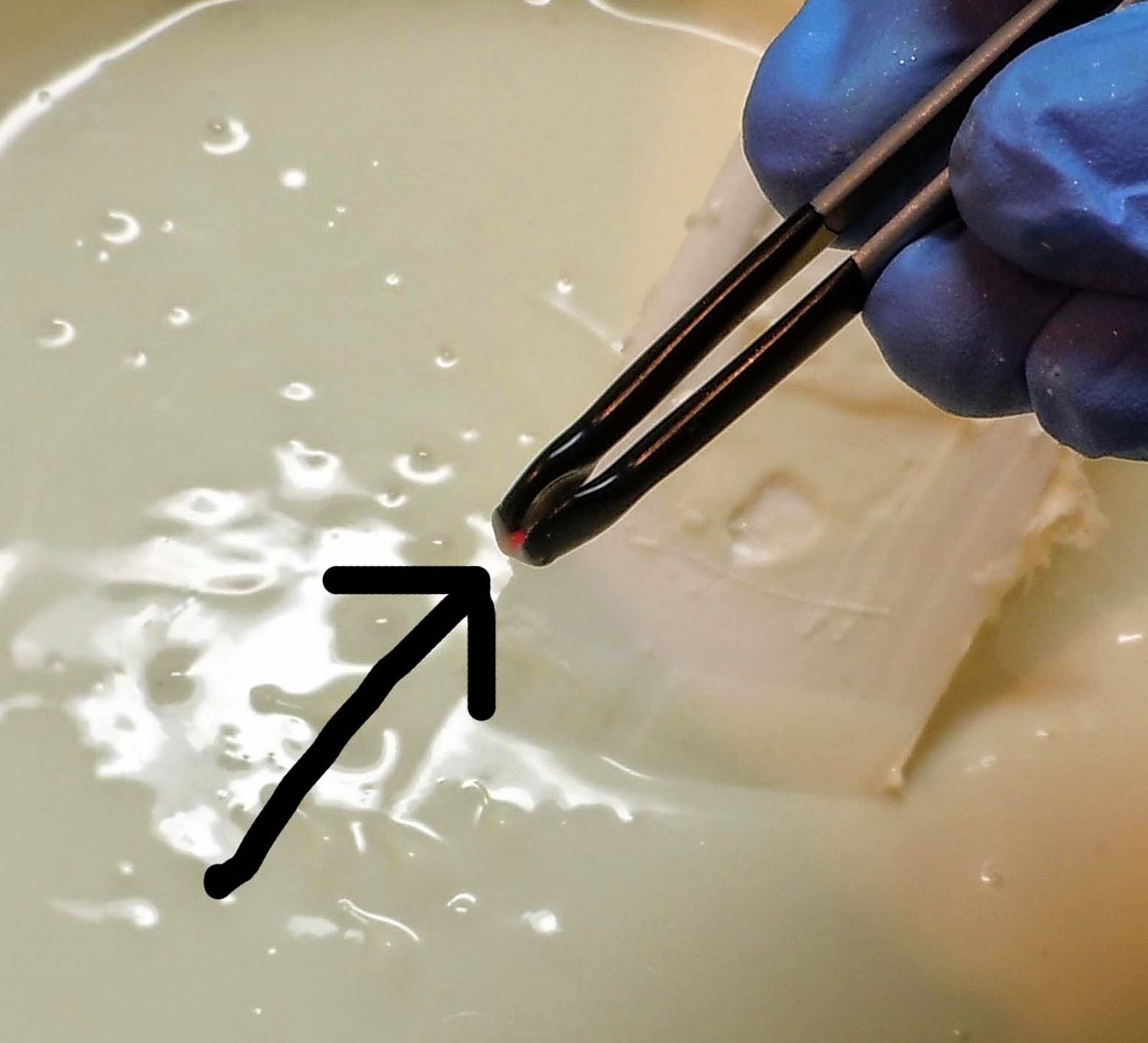 ....and then places it next to the eye socket.  Once its in place, she picks up another one and repeats the process until she's place three or four by each eye. 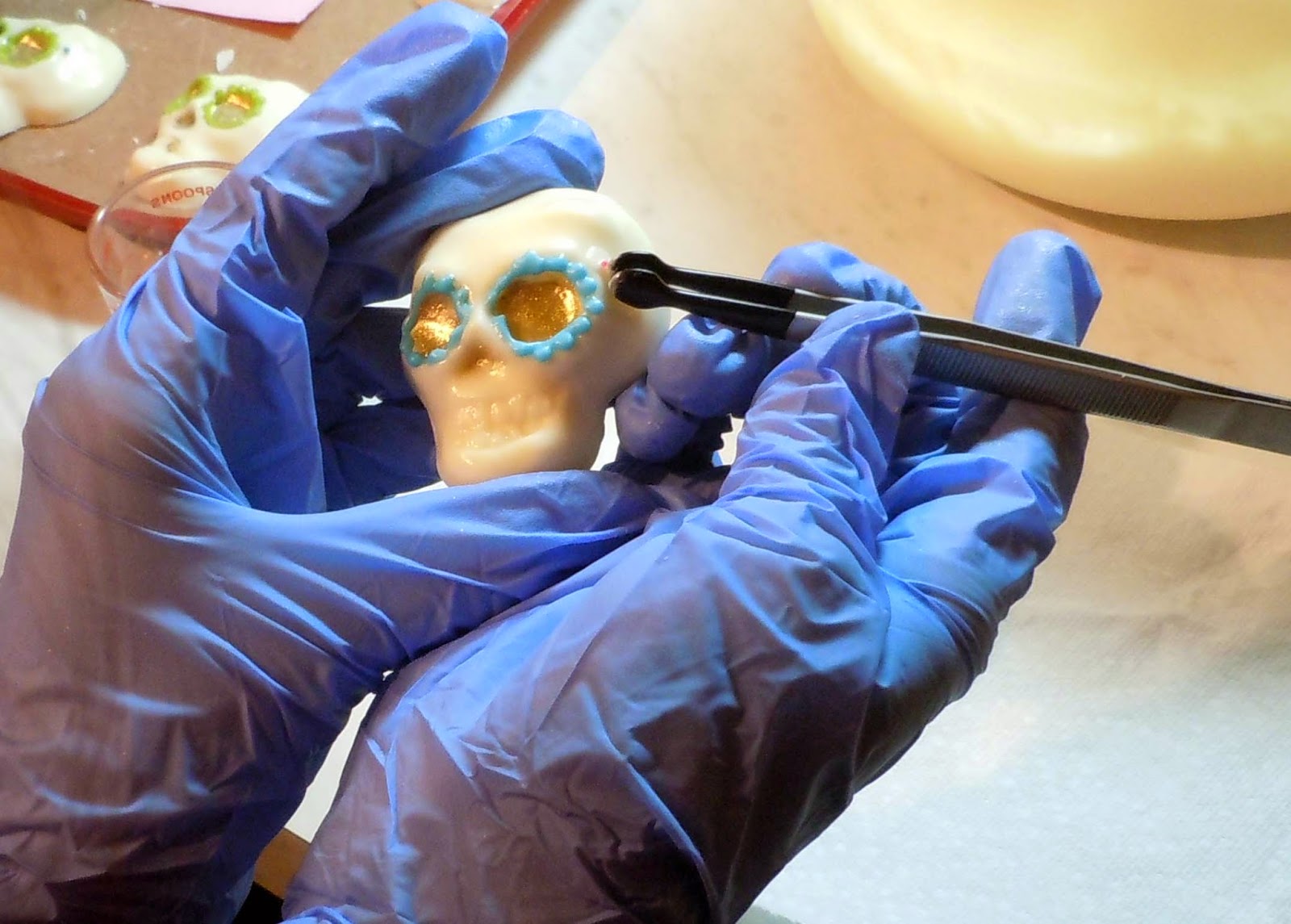 Before I close out this post and show you the finished product, I should also point out that in order to keep the chocolate at its optimal temperature, they keep the store at 69 degrees year round (so customers get the best quality chocolate possible).  Just a little chilly for my delicate constitution...... 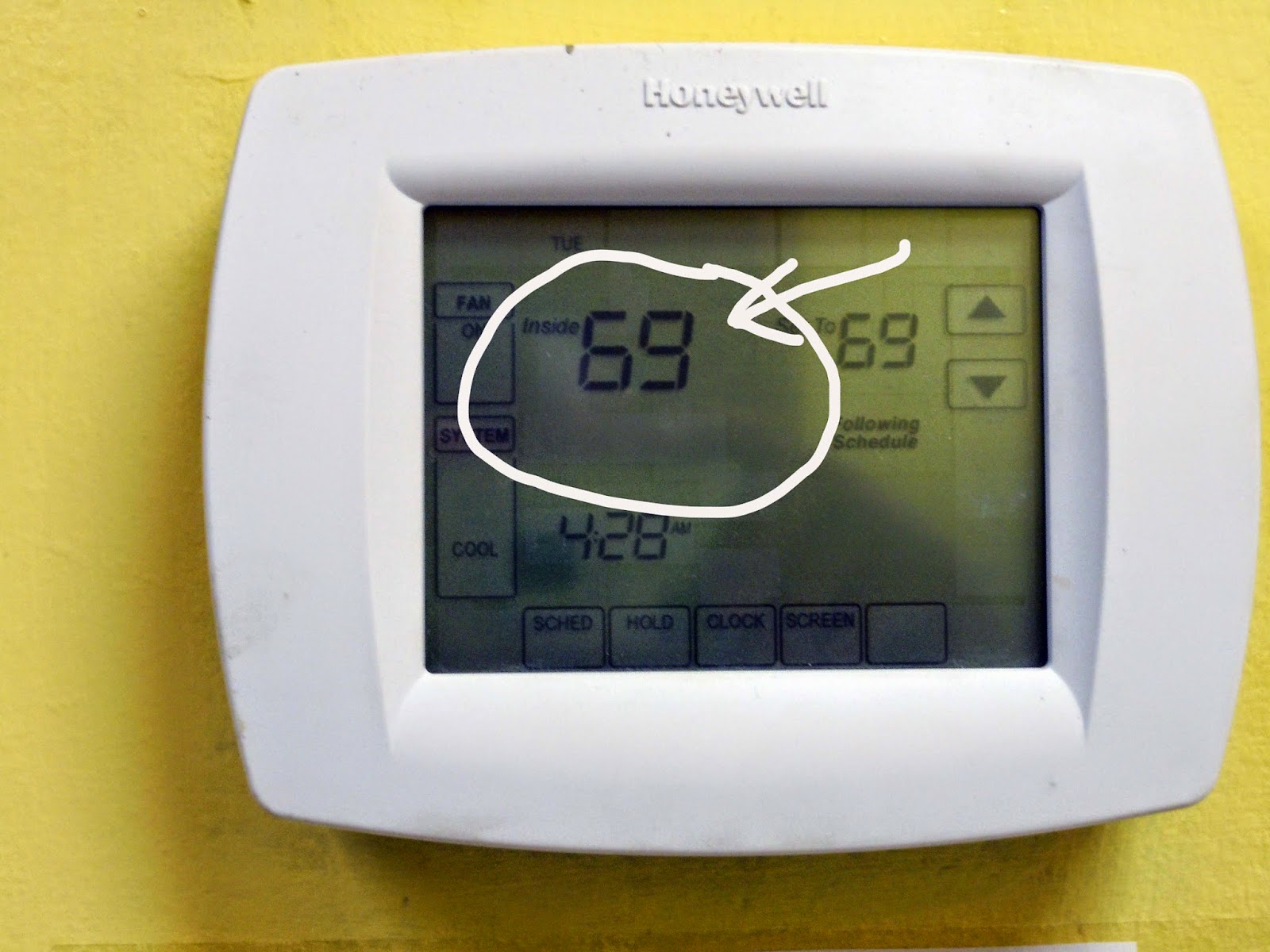 Anyway, back to awesomeness in motion.  After the nonpareils are placed, the final touch is to add a gold tooth to each skull. 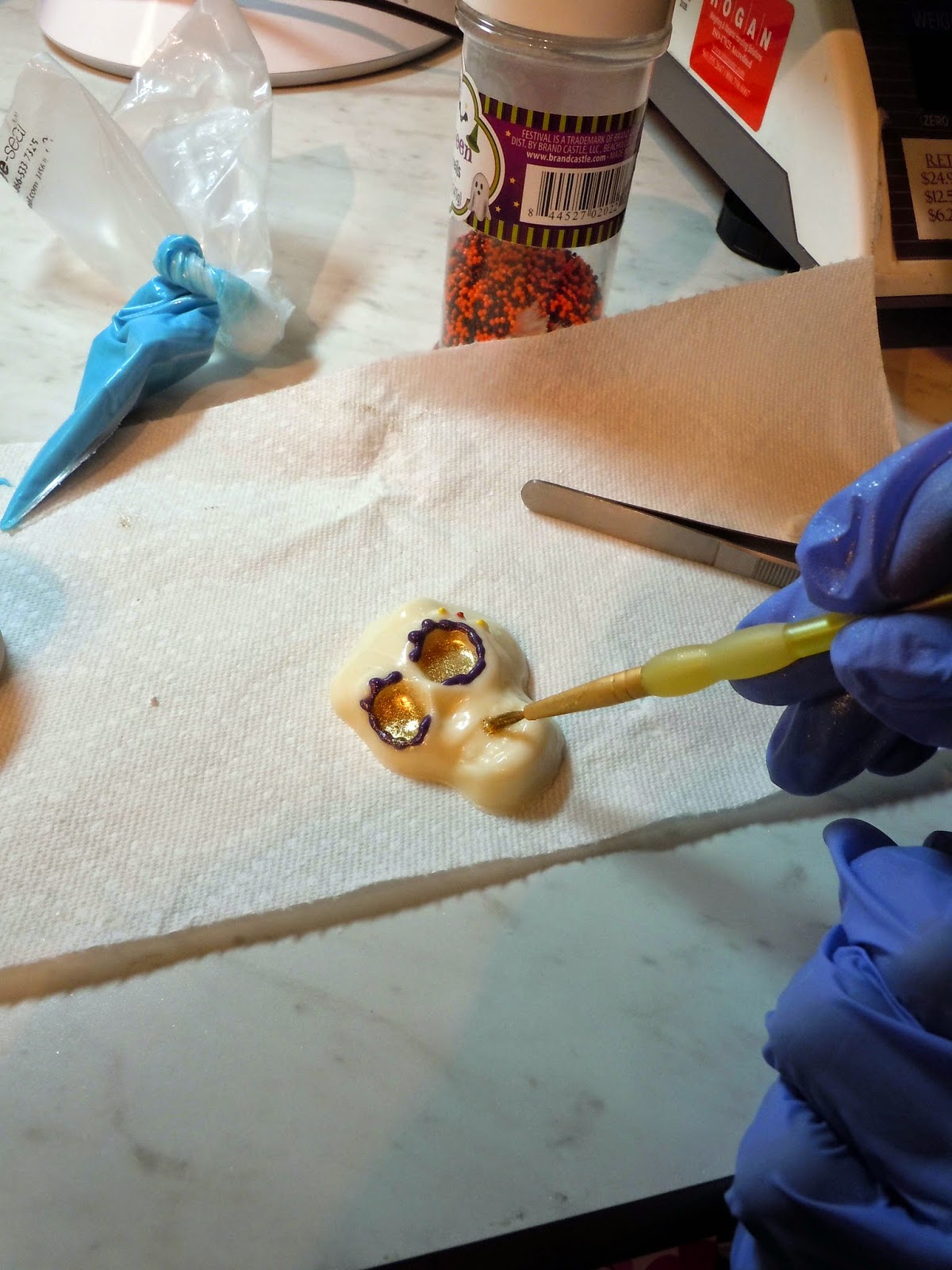 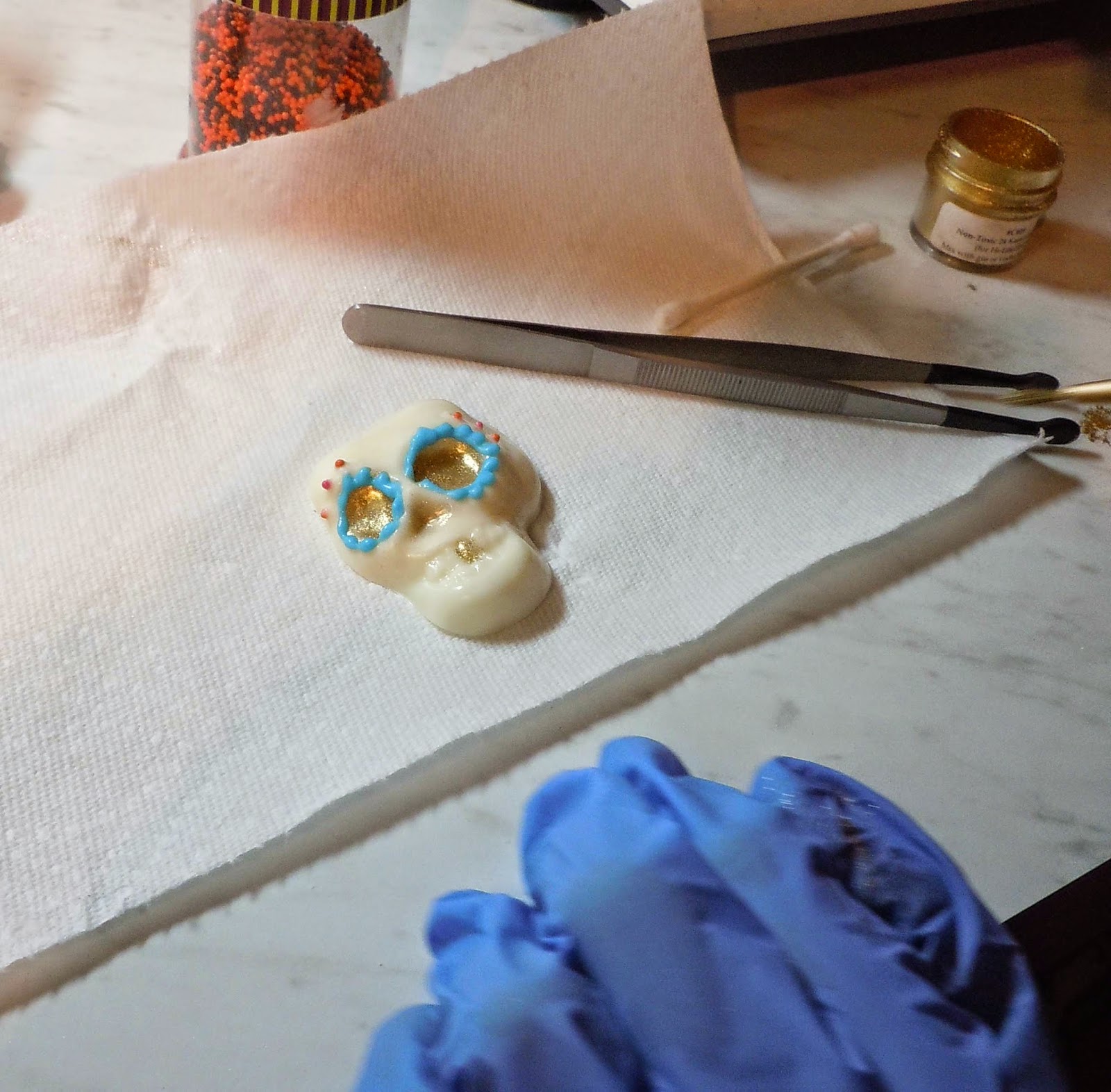 One at a time, -until the order is complete. 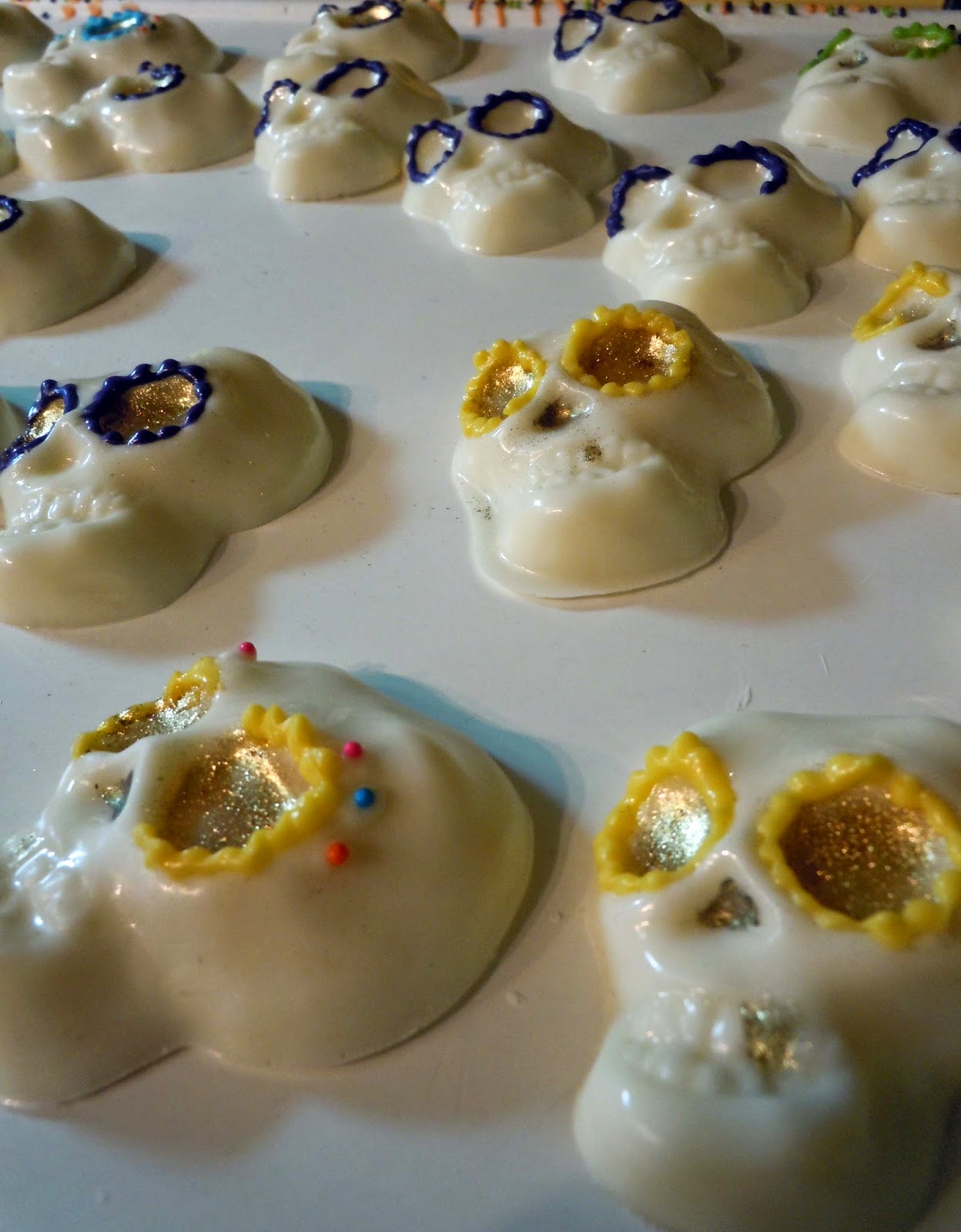 If I recall correctly these skulls were part of a batch of 250 chocolate treats Randyl was creating.