There were several pieces that I had in the show Things Of Which Our Mothers Would Not Approve, back in 2010 that were not quite done to my satisfaction.  However, in addition to preparing for the show, I was gearing up to move to Missouri for a year-long teaching gig at Northwest Missouri State University.  In an earlier post (HERE), I showed another piece I wanted to rework from that show getting 'finished'.  4 years later, I am finally getting around to tackling Pop Song: Mystic Guru.  Here it is without its carved frame. 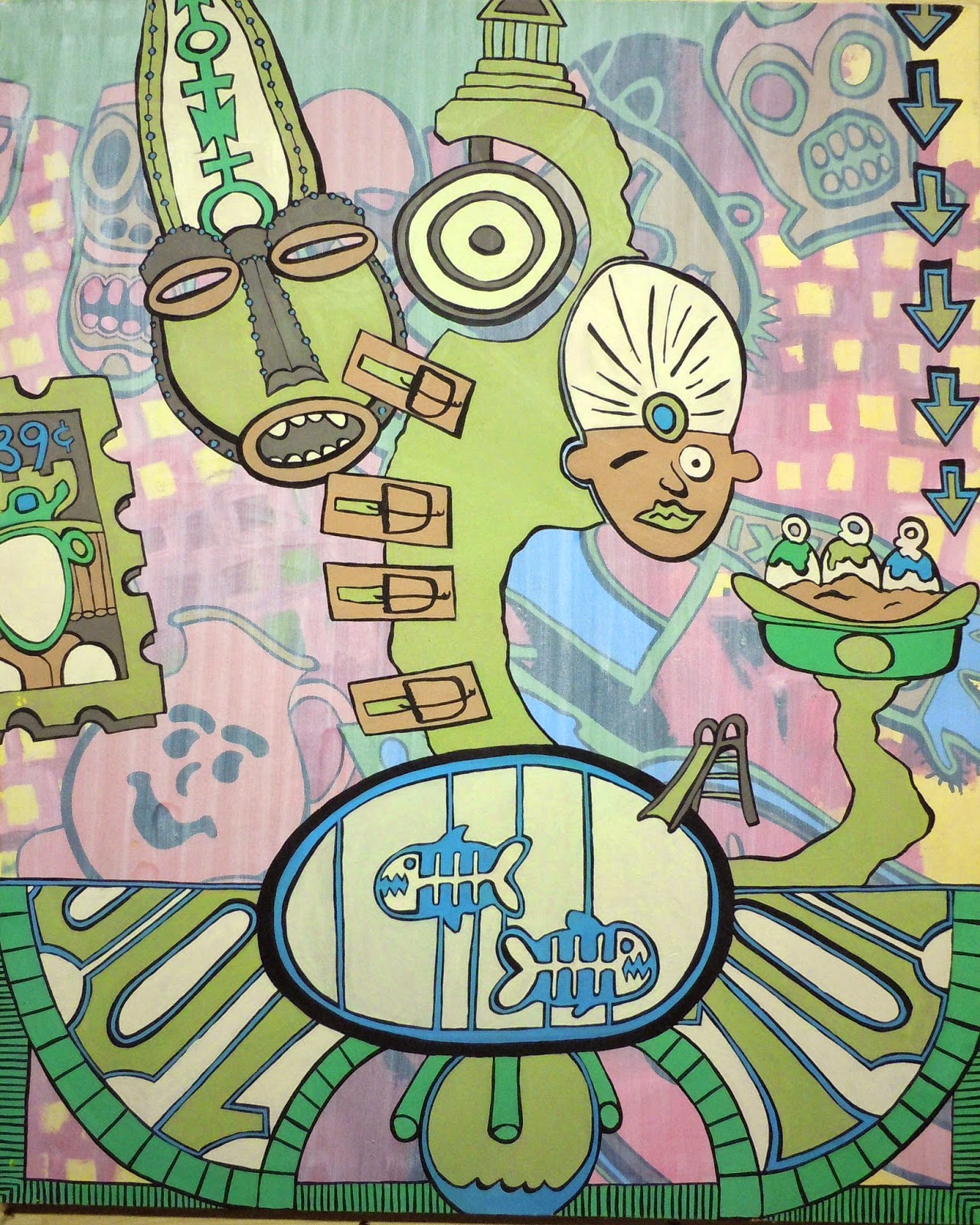 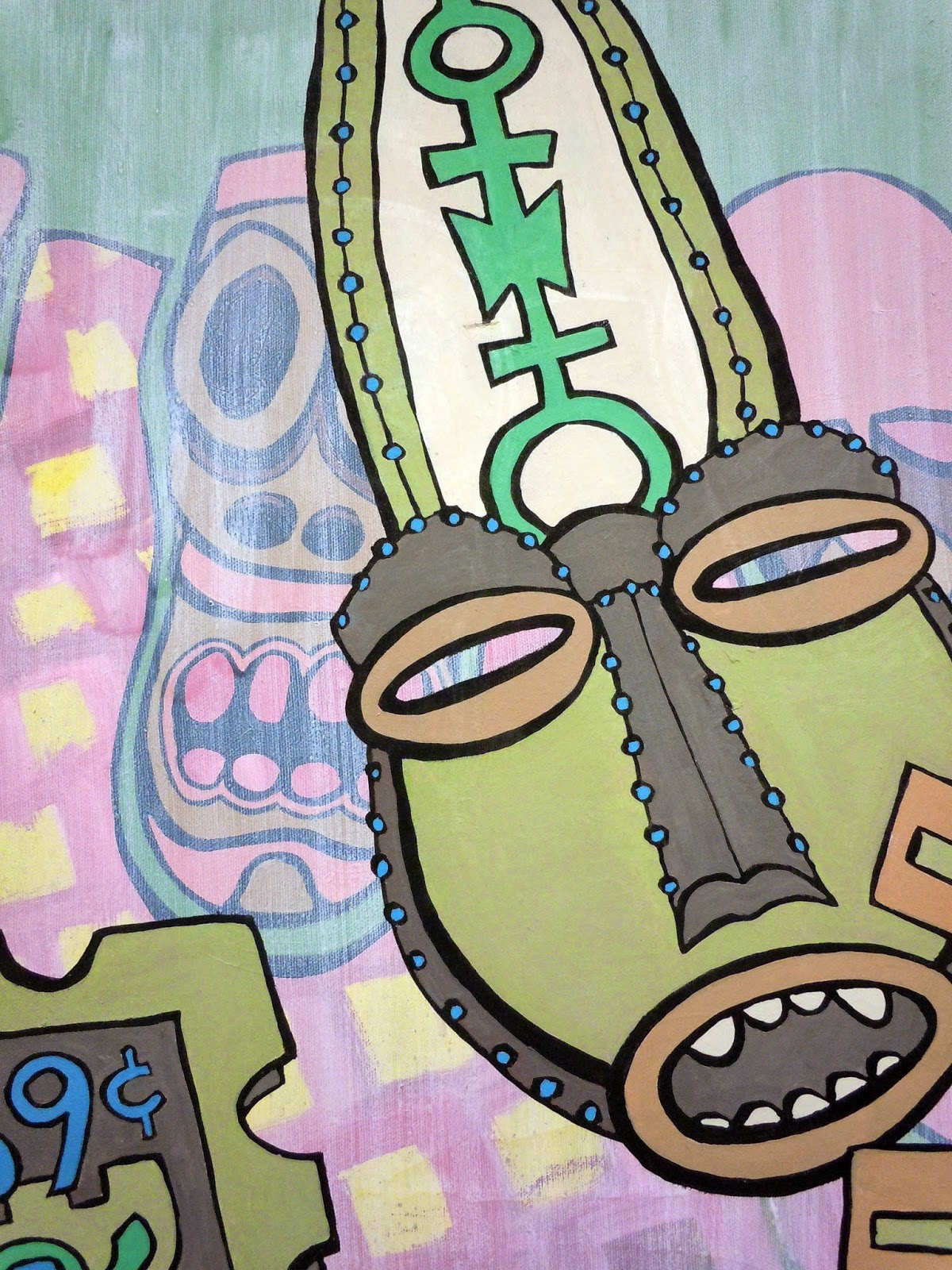 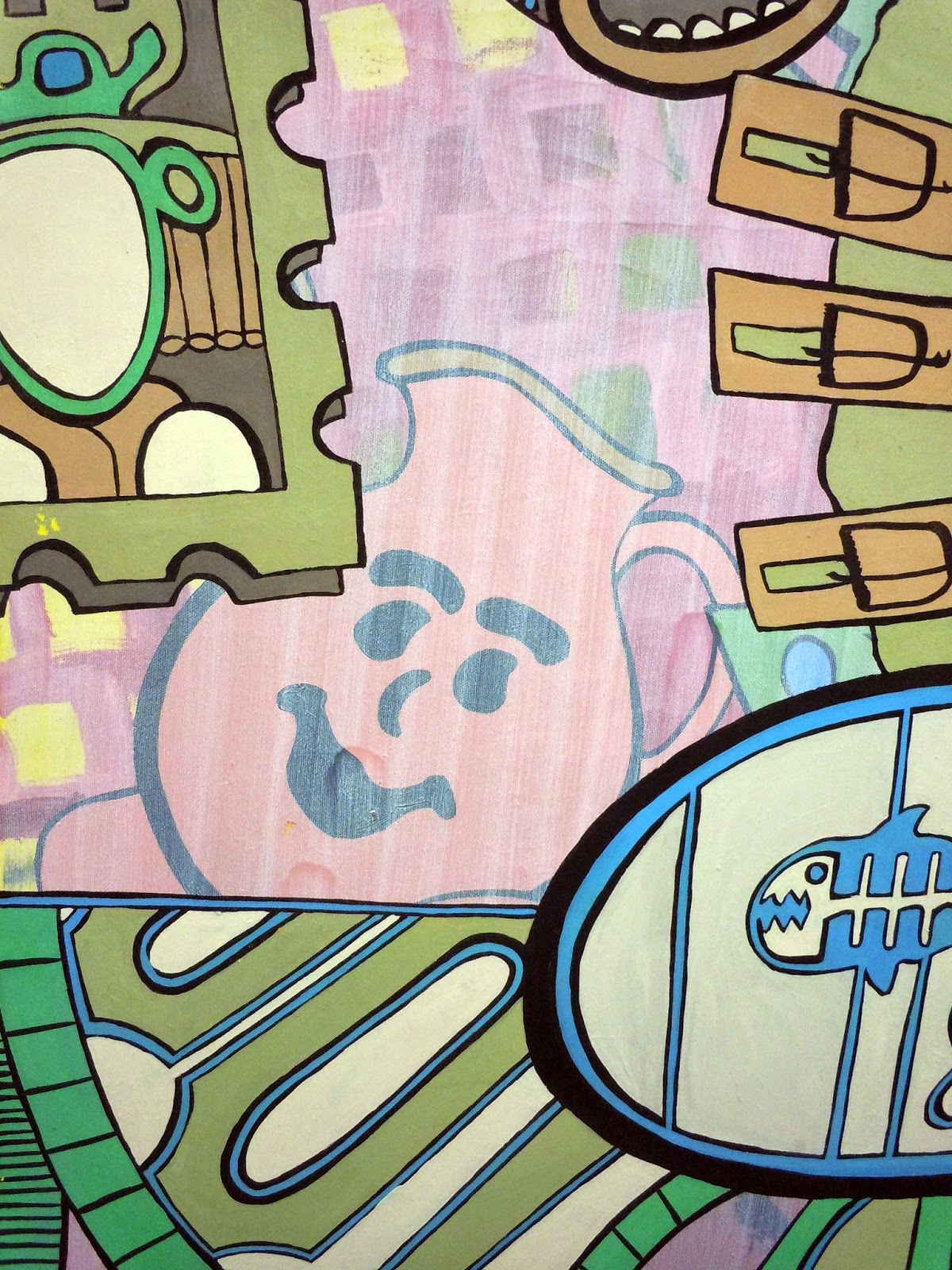 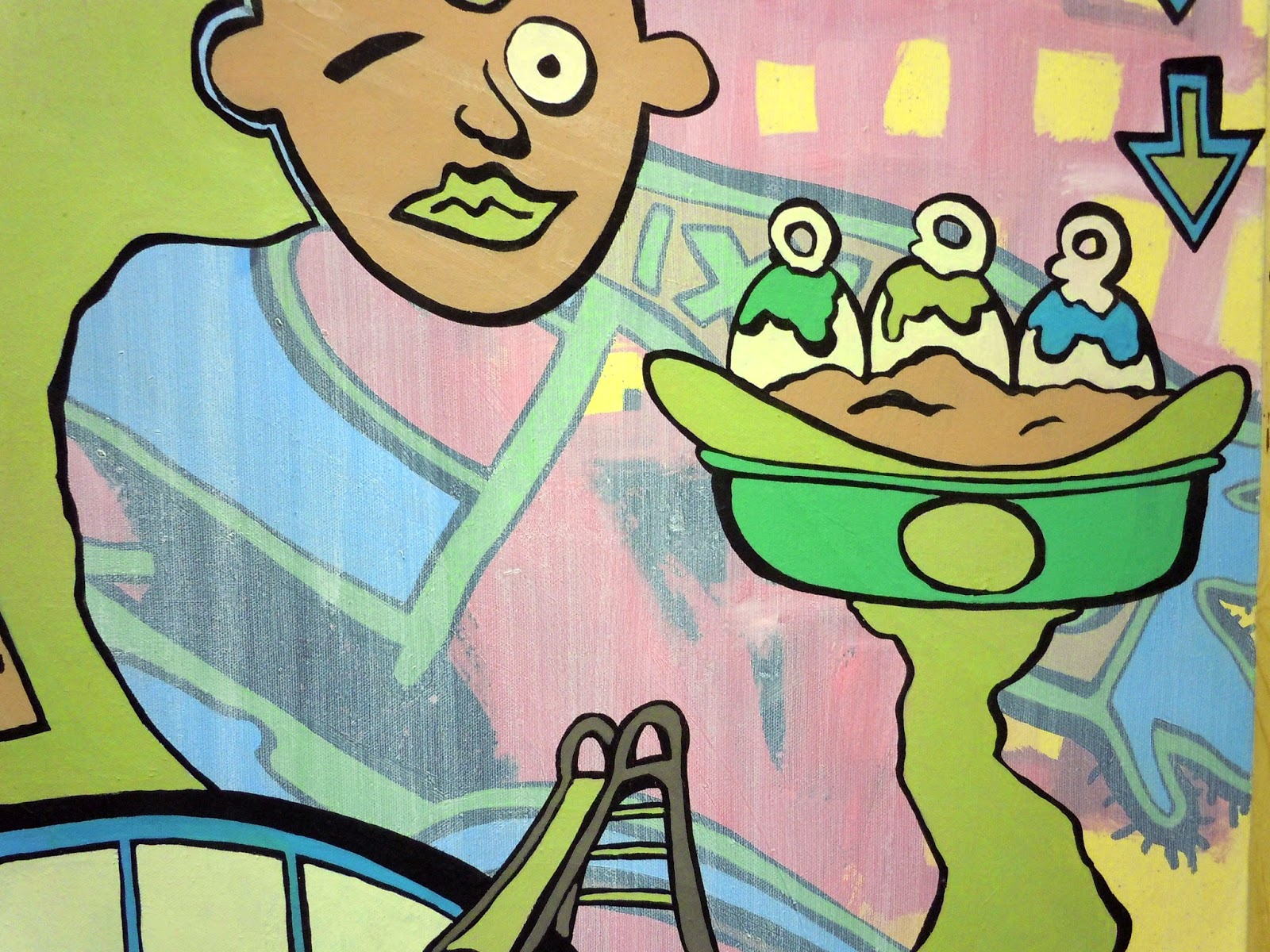 Laying down the second layer of line work for Within/Without. 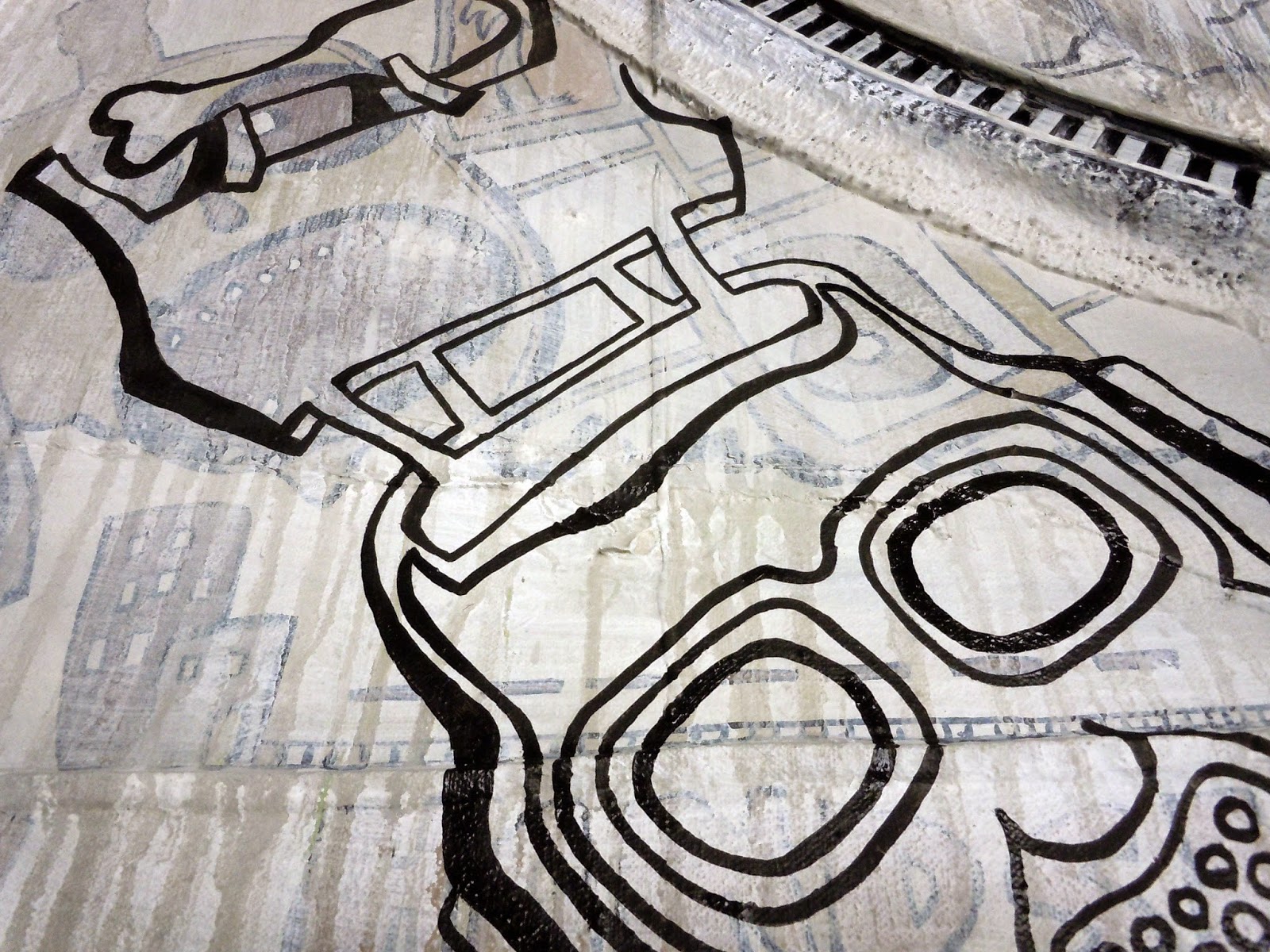 My trusty piece of cardboard and my sketchbook. 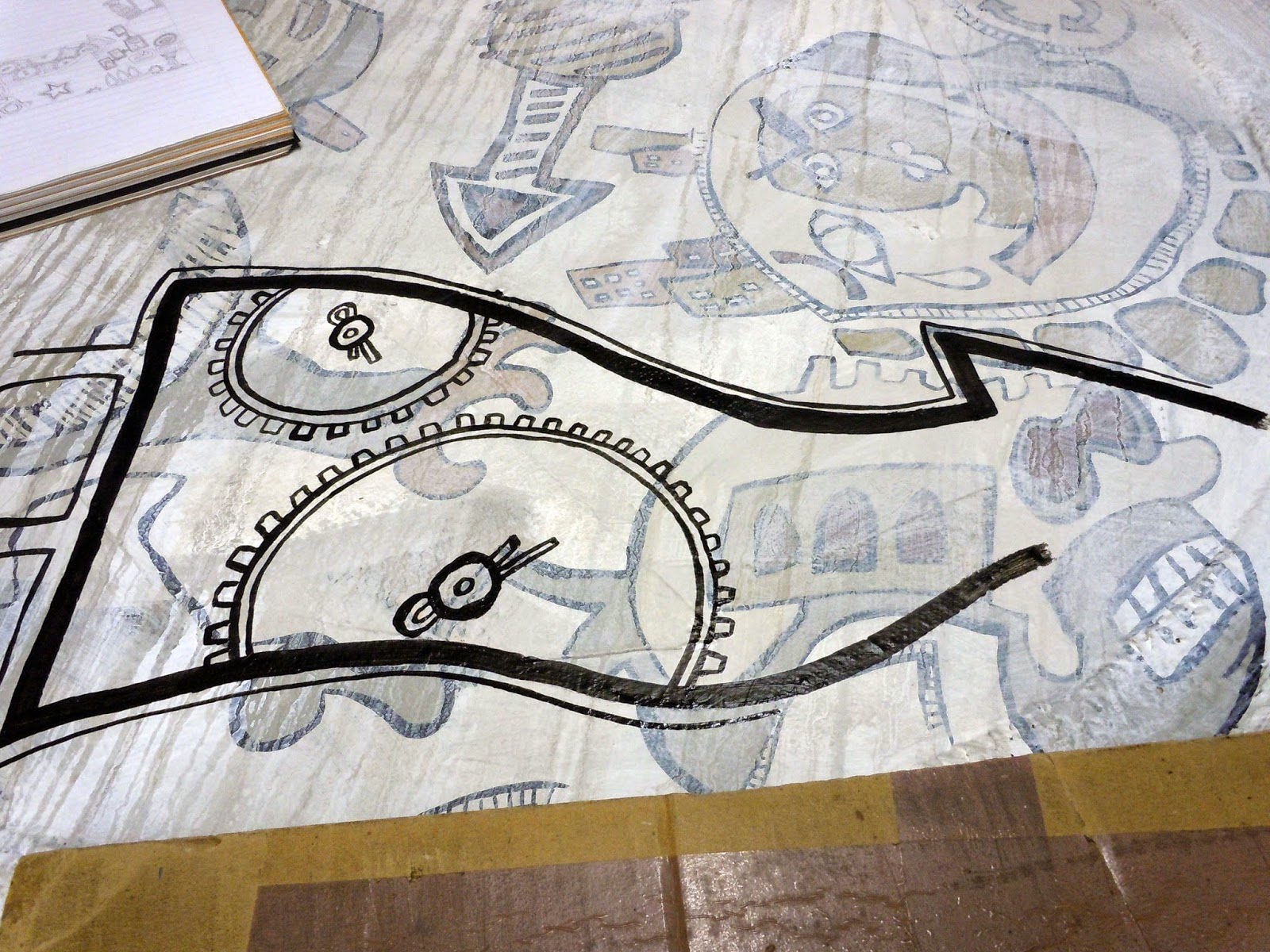 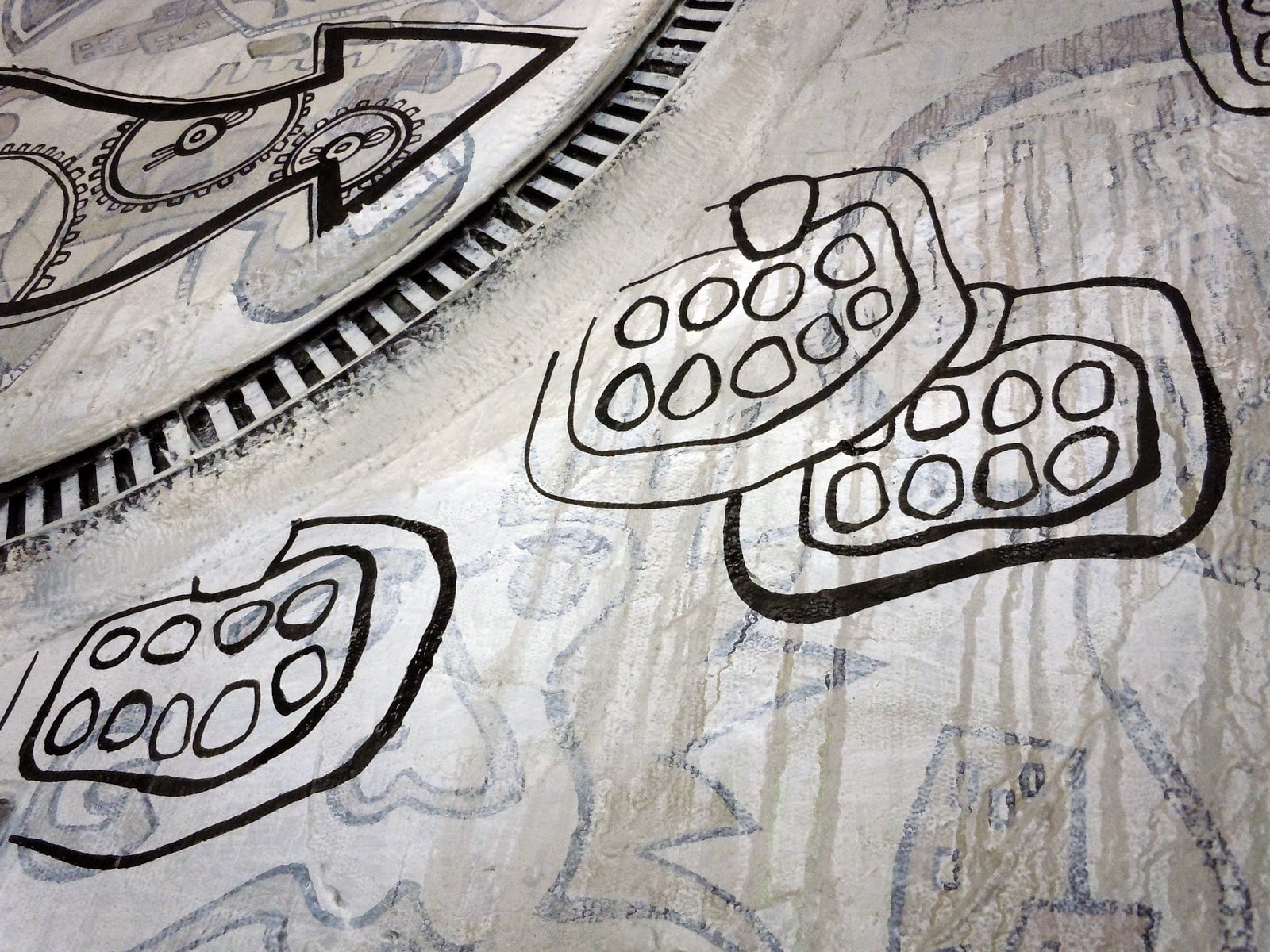 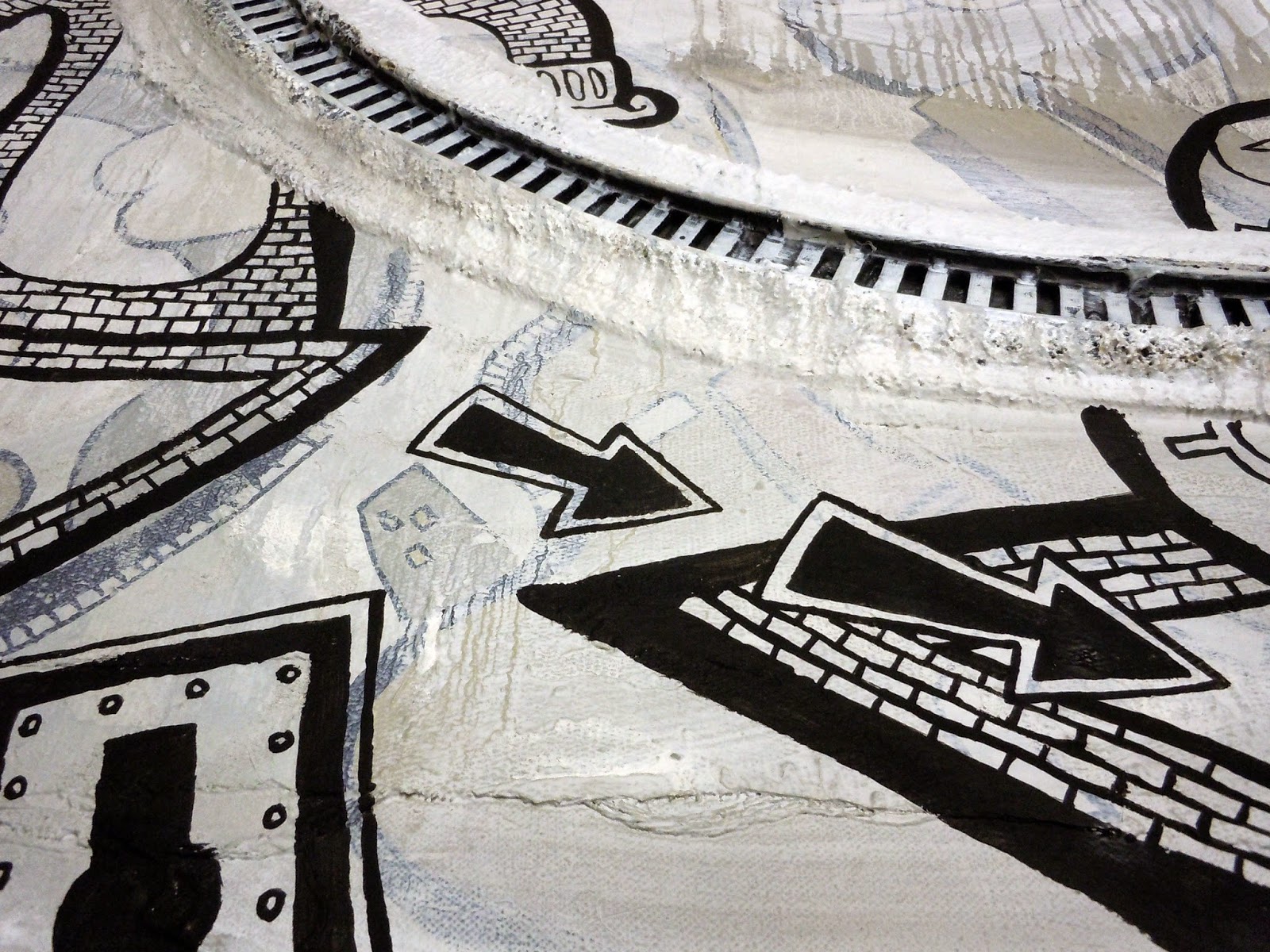 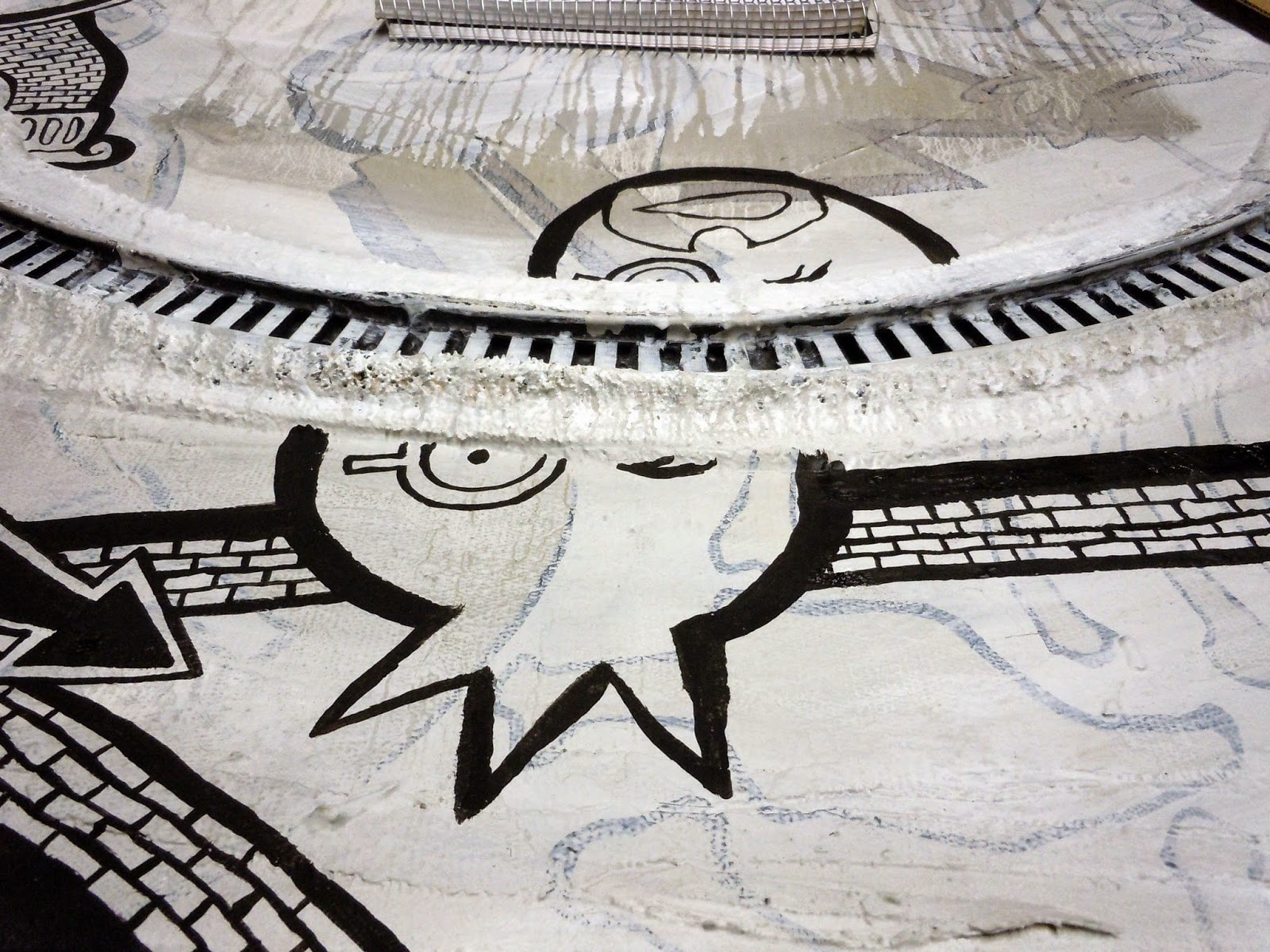 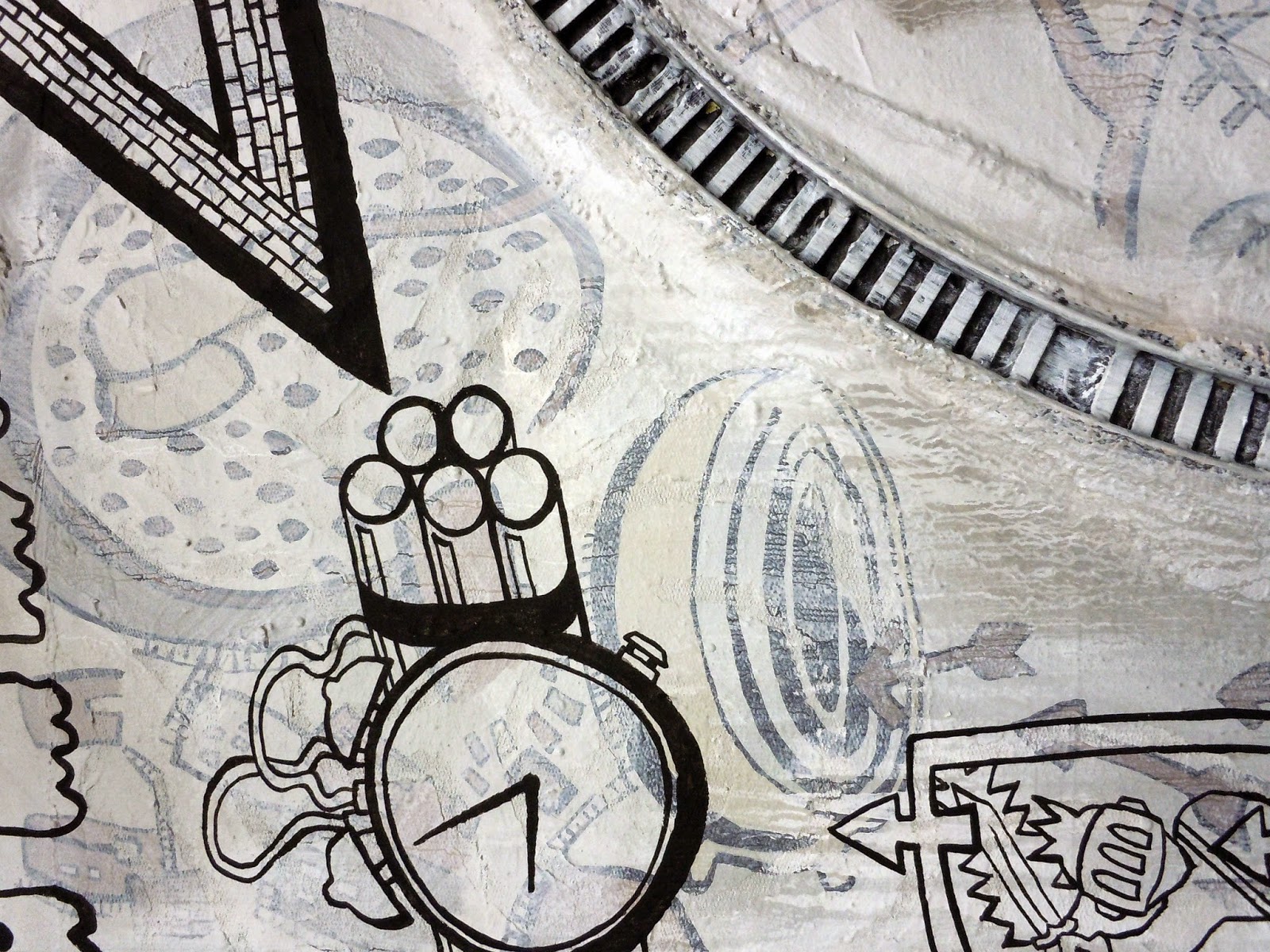 The line work is nearly completed for the second layer and then it will be time to add some color. 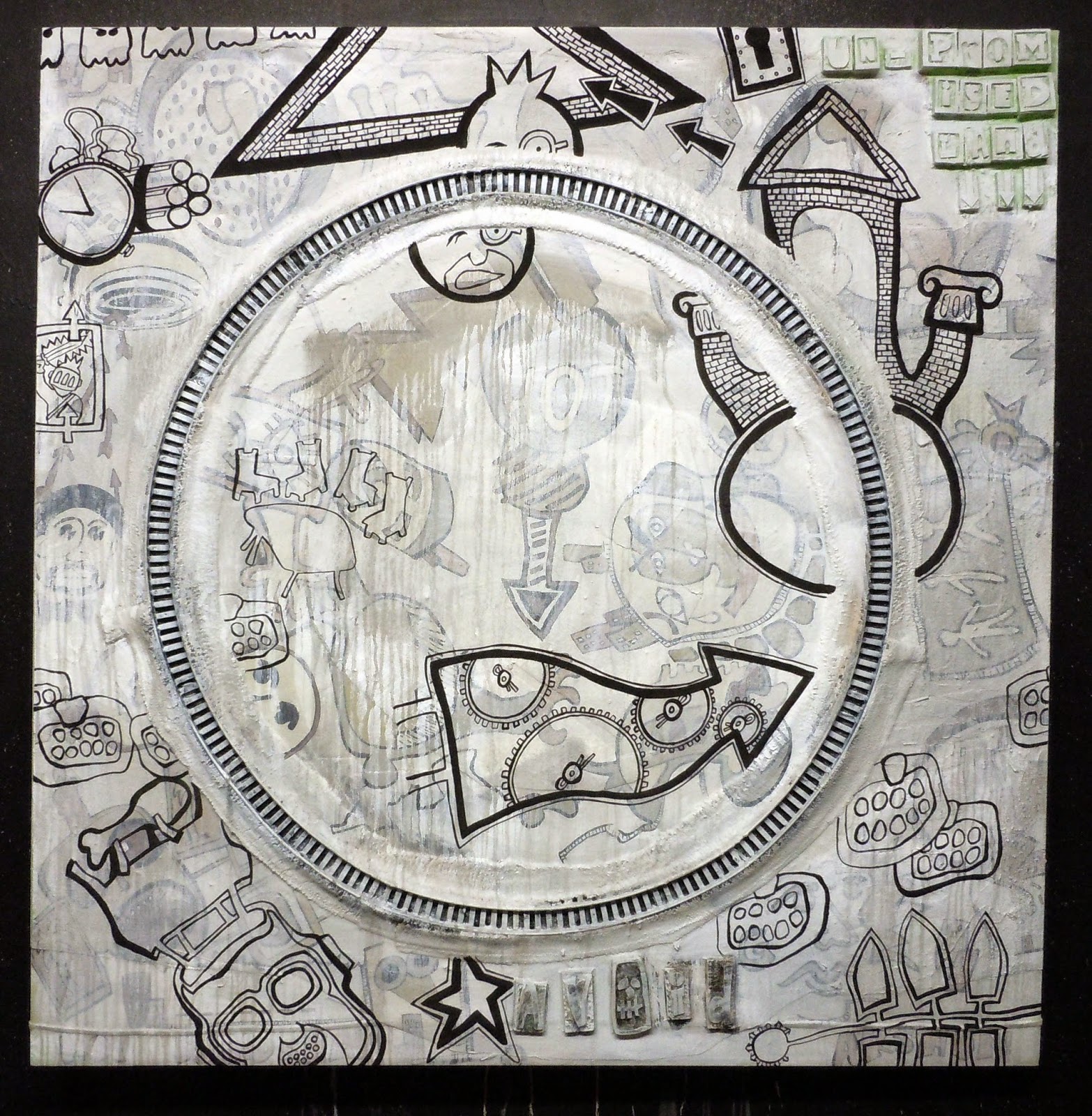 Next time we'll take a peek at the update for Divided By. 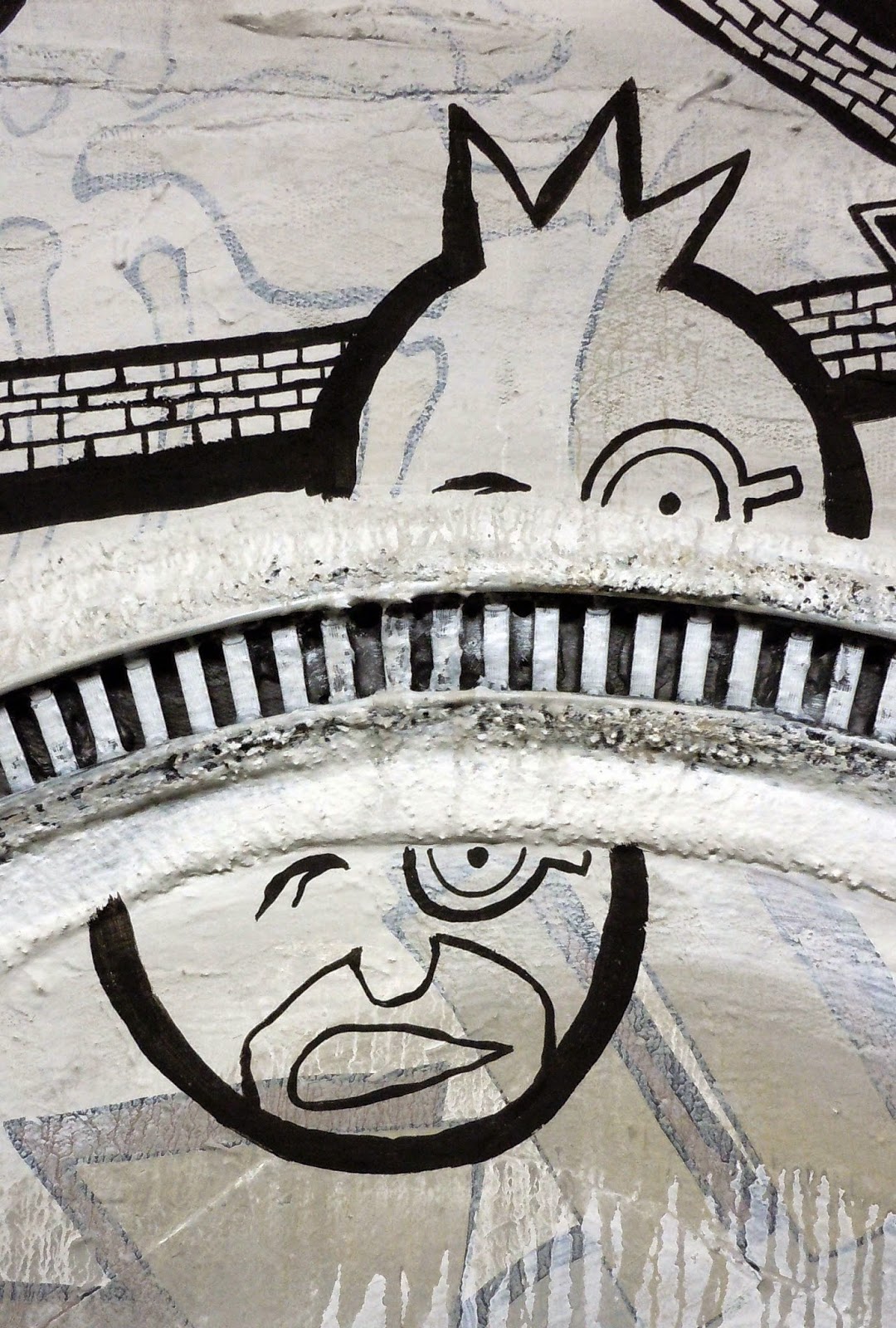