The Shape of (Some) Things To Come.


Recently, I decided to 'decommission' several pieces from my 'Dialog Series'.  As I was removing the 'chocolate bar' section from one of the canvases, I was taken aback by how well it worked on its own just leaning against the wall.  Which was a total unexpected bonus since I have for a long time now, had reoccurring notes to myself on various pages in my sketch books to make a 'shaped piece' and expand beyond a rectangular composition for my works.  Perhaps the dialog series still has some life left in it.

Here are some of the 'Dialog' pieces prior to removing the 'food' portion(s) from each canvas. 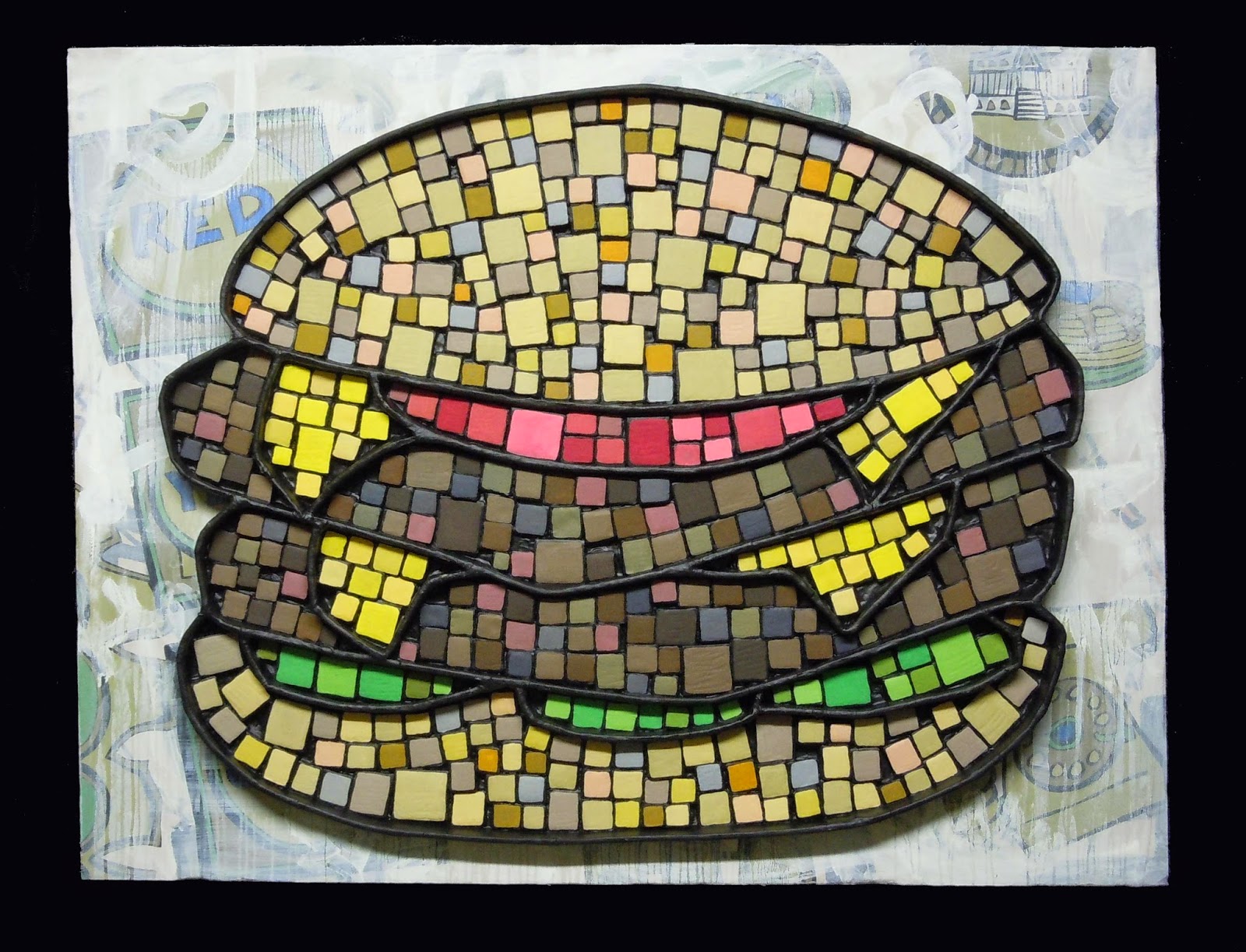 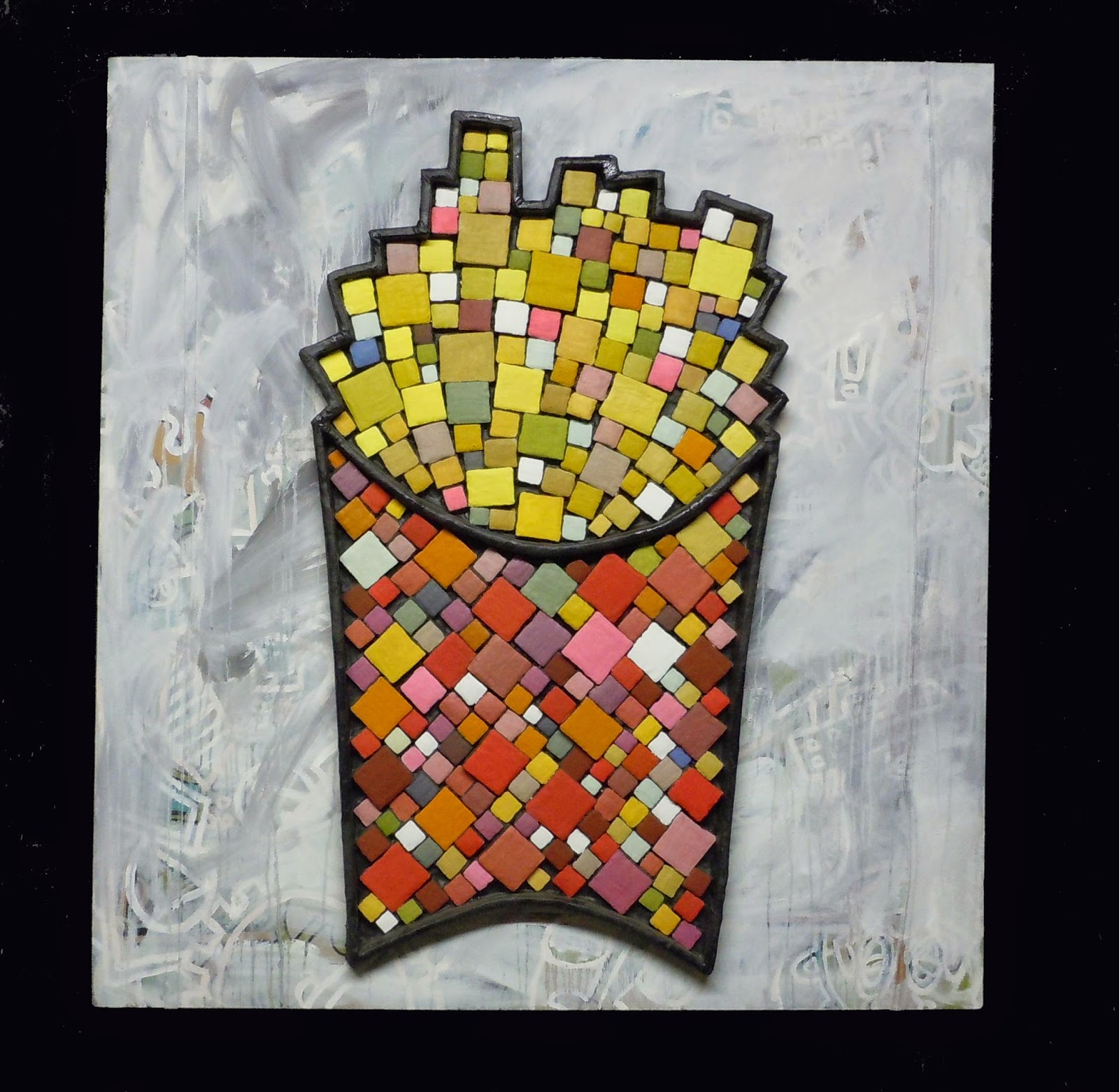 The 'Hot Dog' canvas is currently being repurposed into a new painted construction which will make its way to a future blog post. 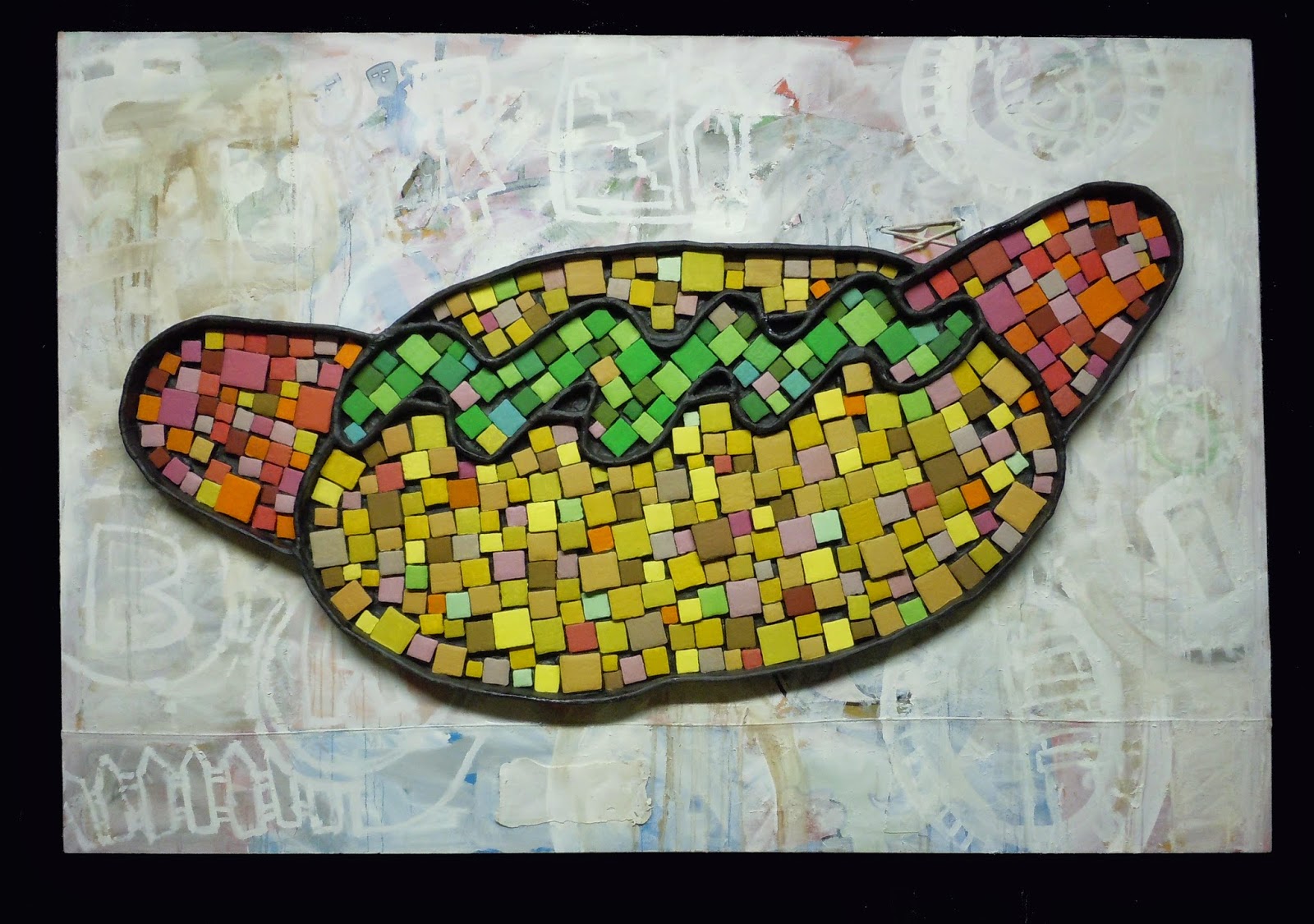 And the canvas for the 'Chocolate Bar' will soon be passed off to Jen Evans for her to finish for an upcoming show featuring collaborative art. 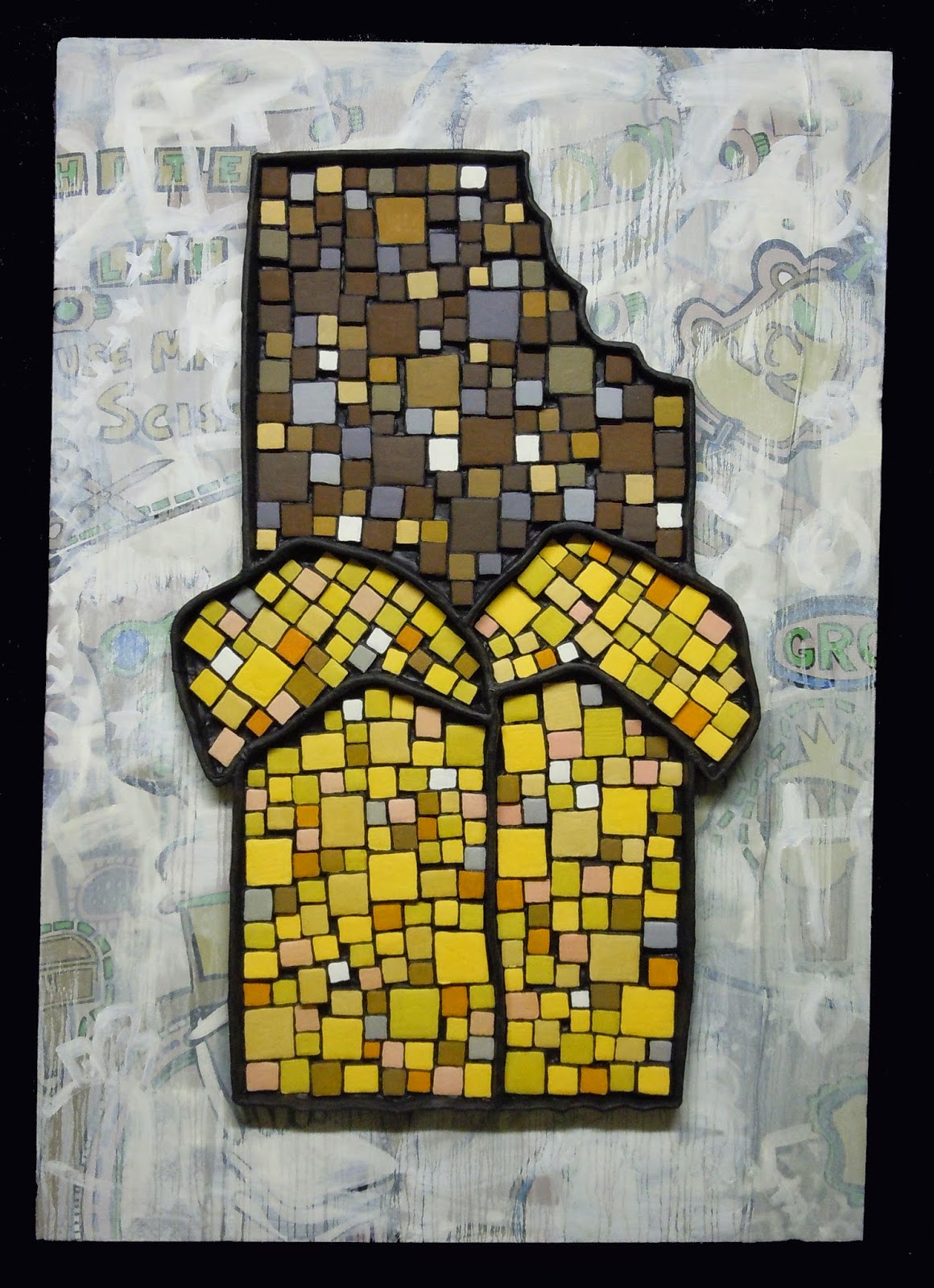 The same canvas turned on its side and almost ready to be handed off. 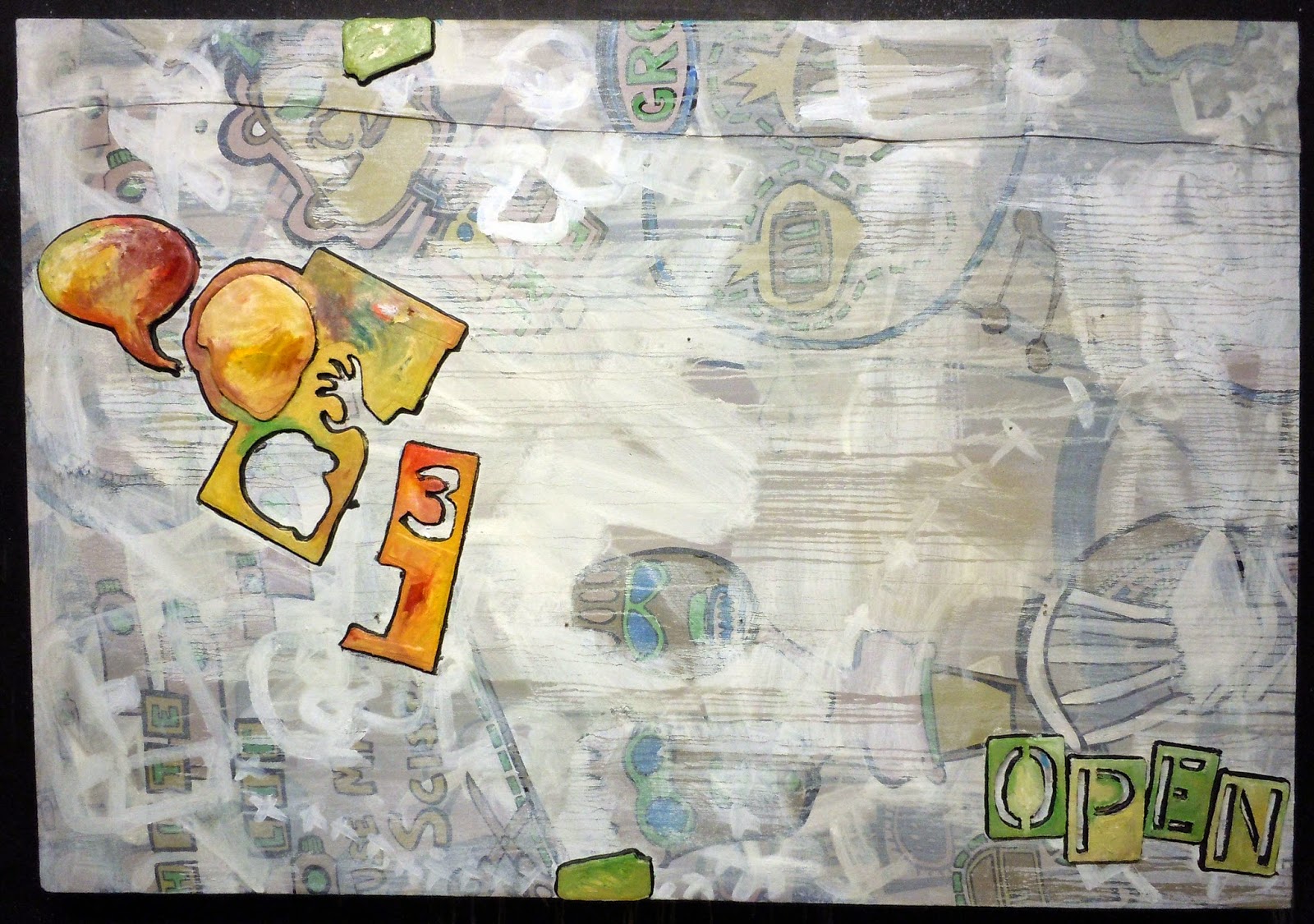 I didn't isolate either the 'Dipped Cone' nor the 'Hot Dog' for these next two images, but I think they are much stronger images/objects separated from their original canvases. 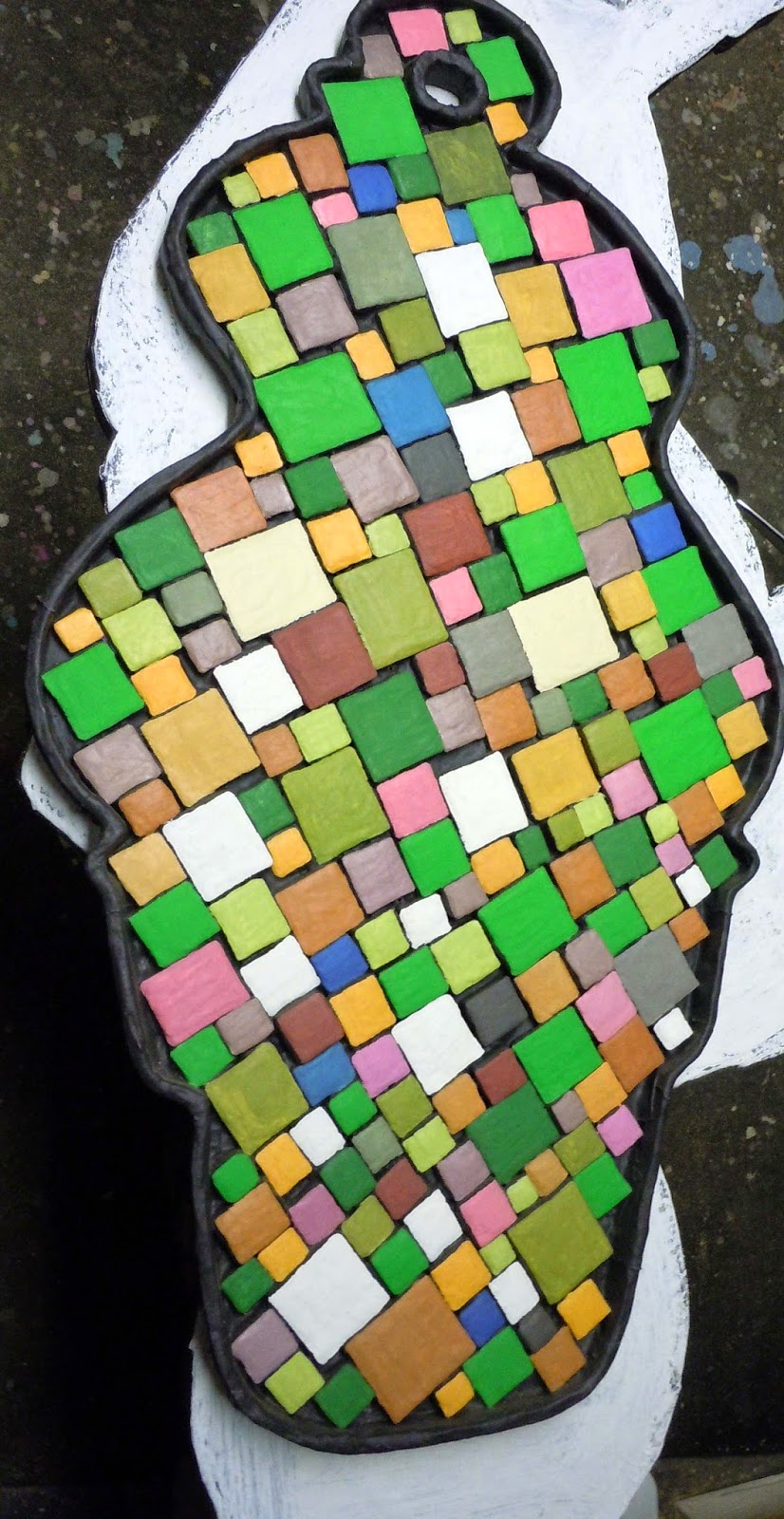 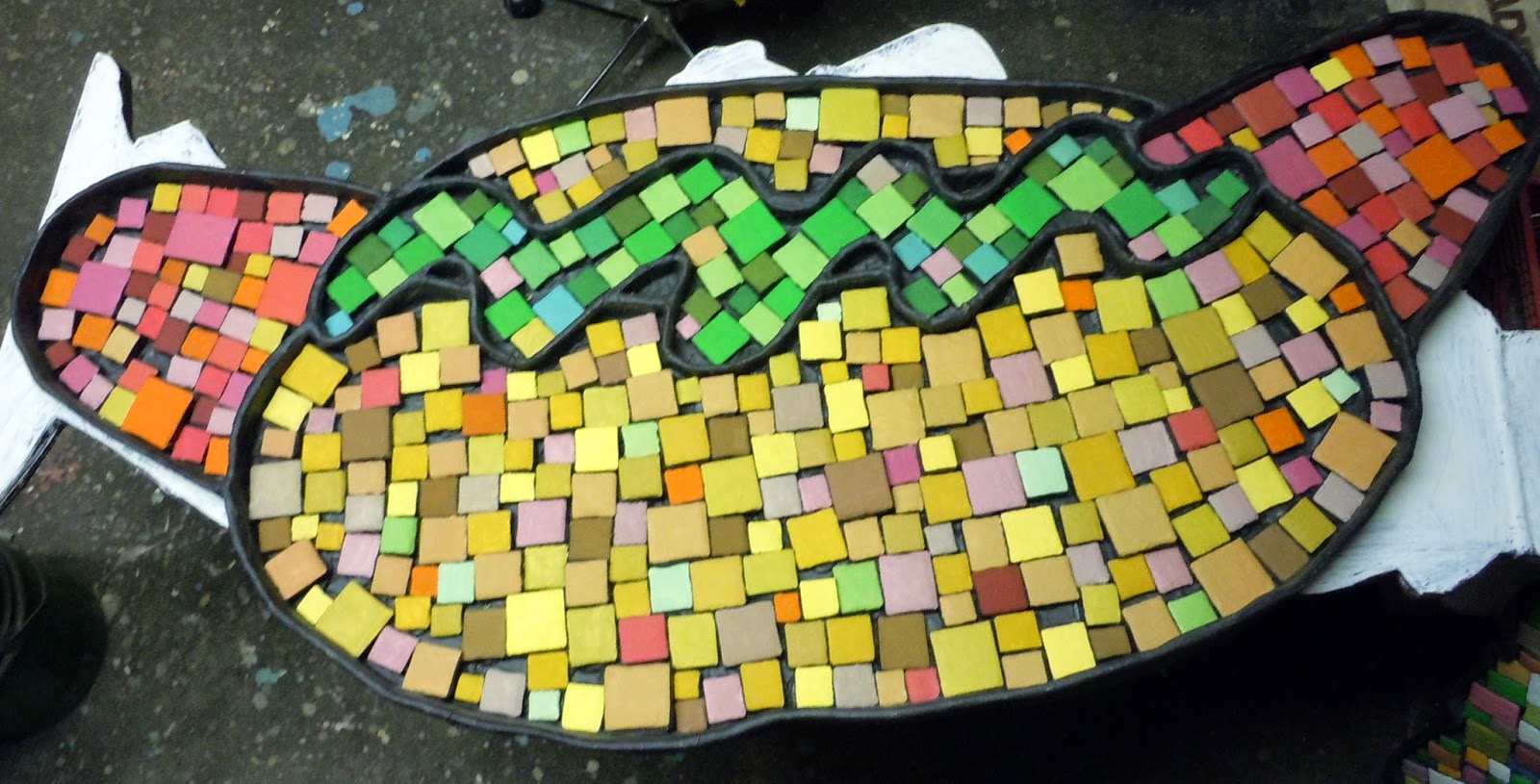 In addition to the modified 'Dialog Pieces', I have also been wanting to make some carvings that break out of the traditional rectangular format.  So, there are a couple of variations on that idea I want to try. 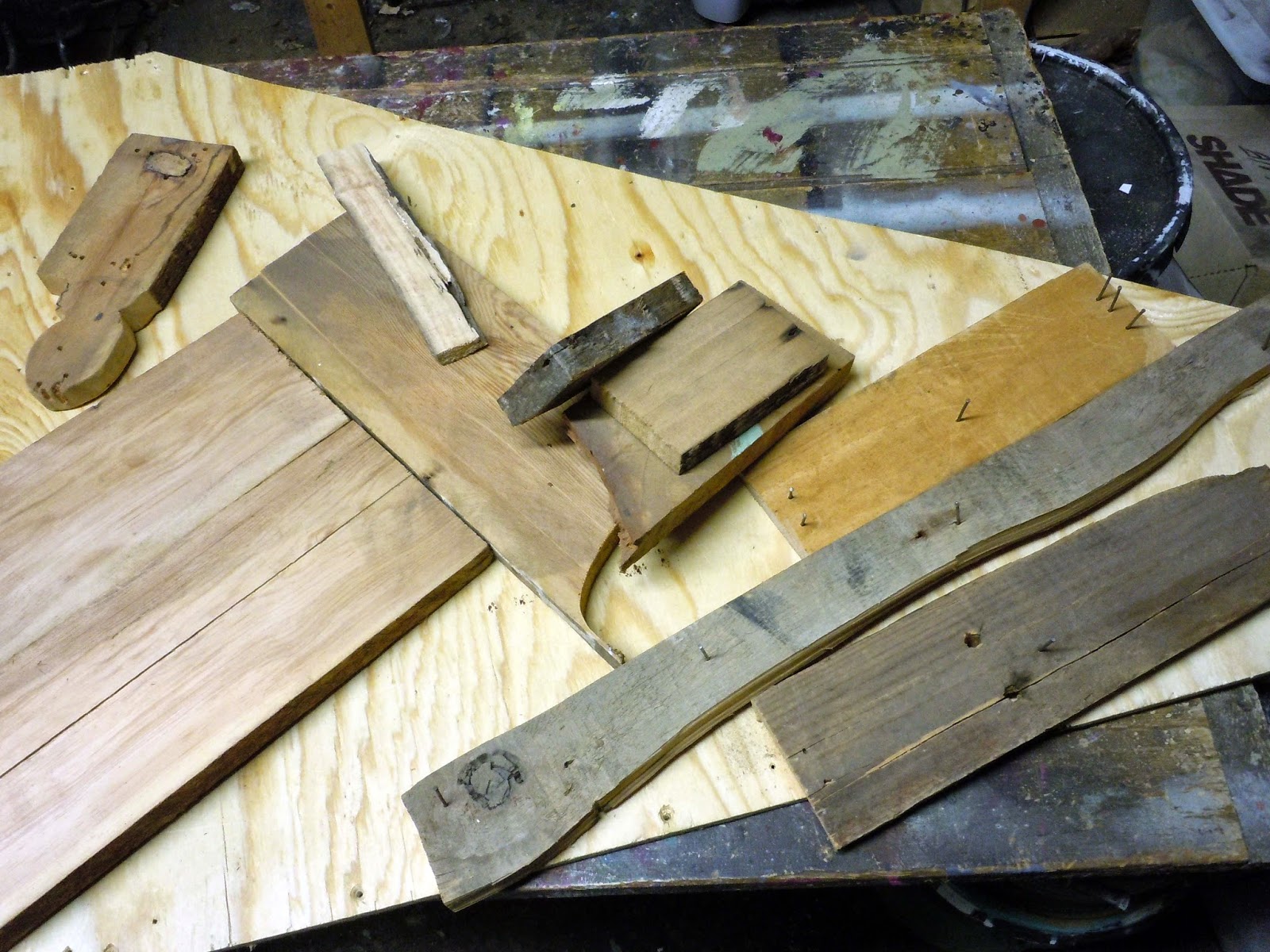 A quick aside, recently I gave my studio a medium-level cleaning and found four partially full bottles of wood glue.  So the good news is that I have plenty of wood glue and glue bottles.  The bad news is that my studio was so cluttered, that I found it actually easier to go out and purchase another bottle of glue on 3 separate occasions versus looking for the bottle I knew was 'somewhere' in the mess. 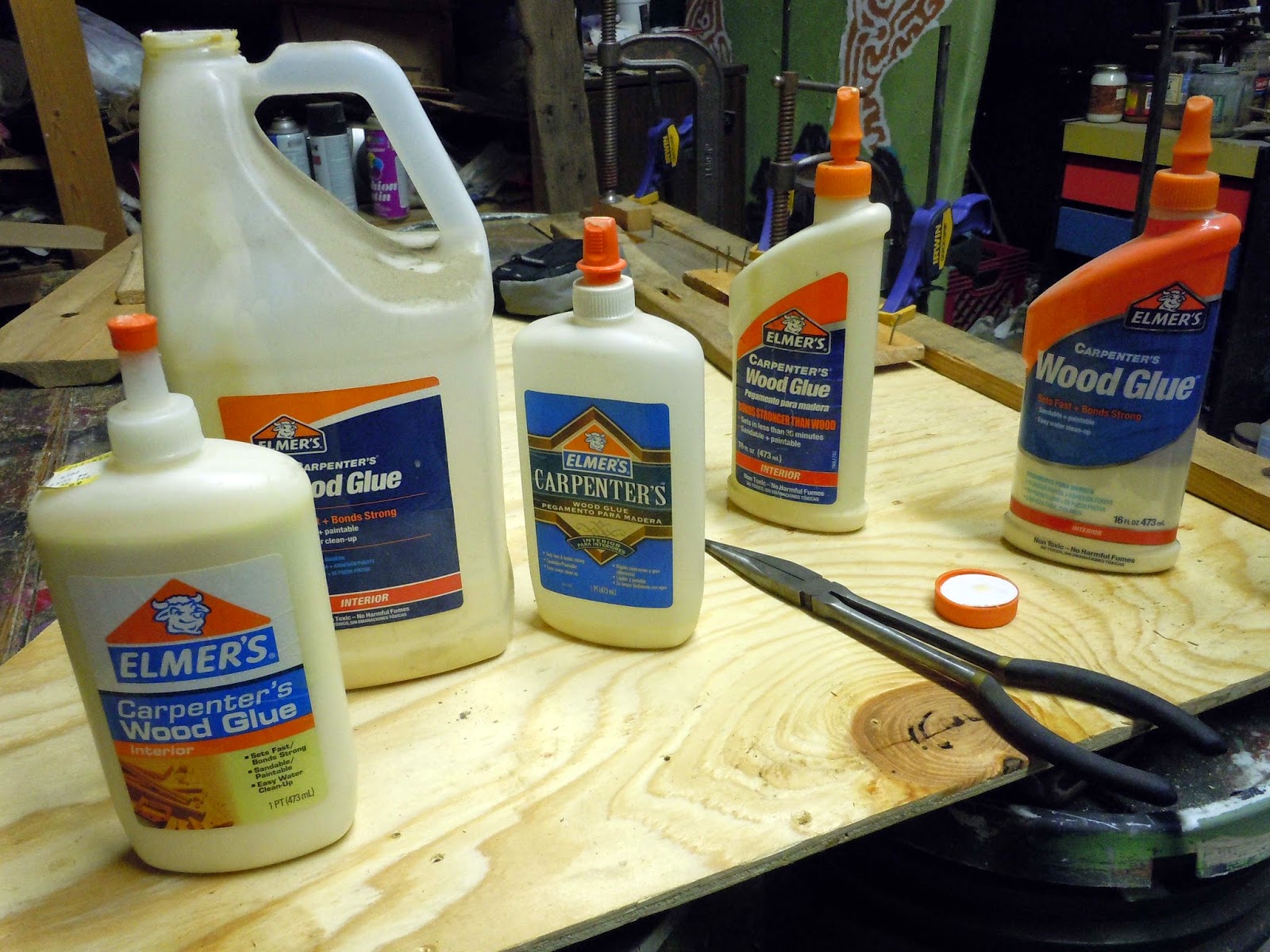 Anyway, I'm just kind of playing around here with developing a process for creating a shaped carving.  For this 'method' I am affixing scraps of wood to a larger scrap section of plywood. 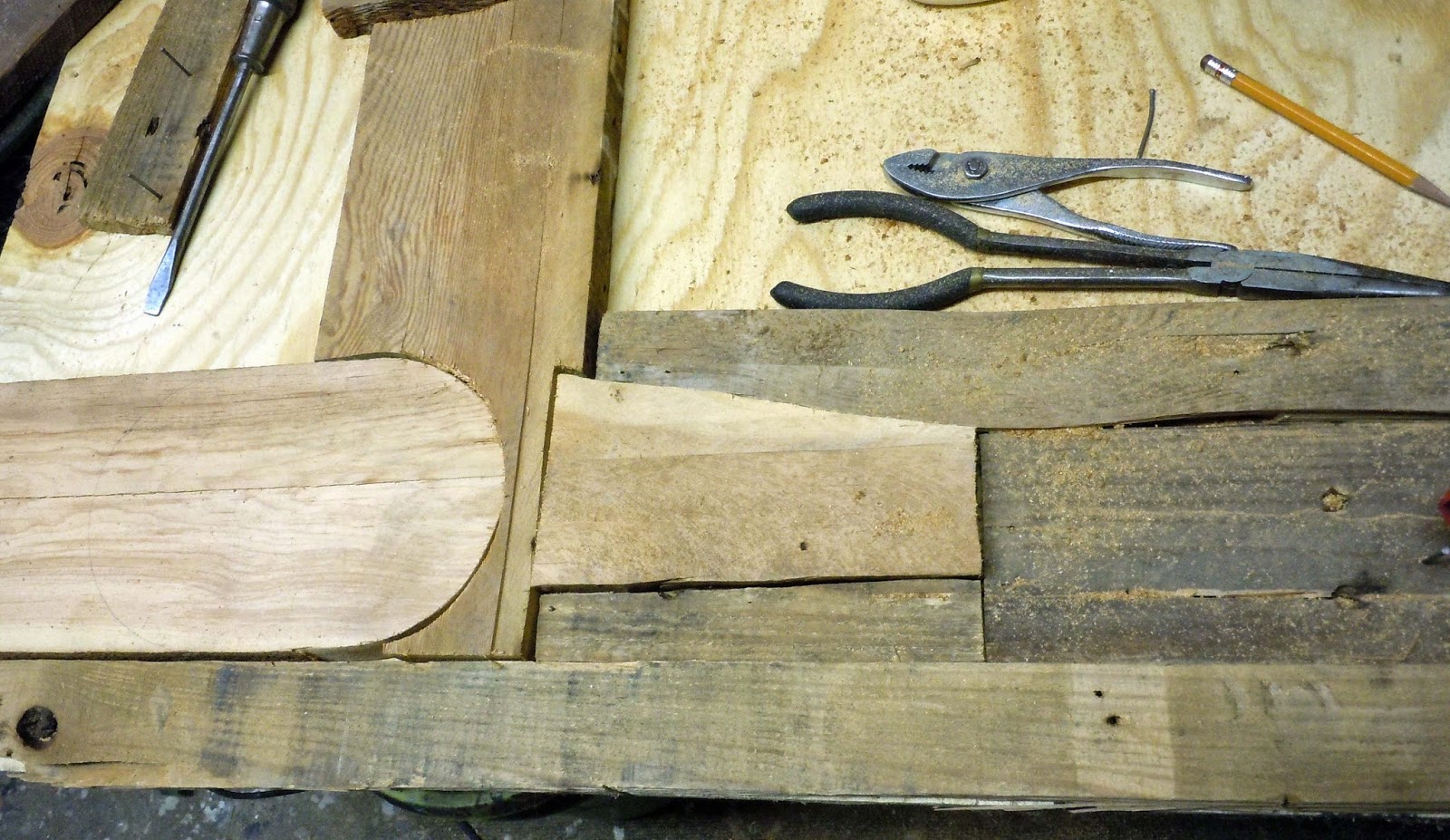 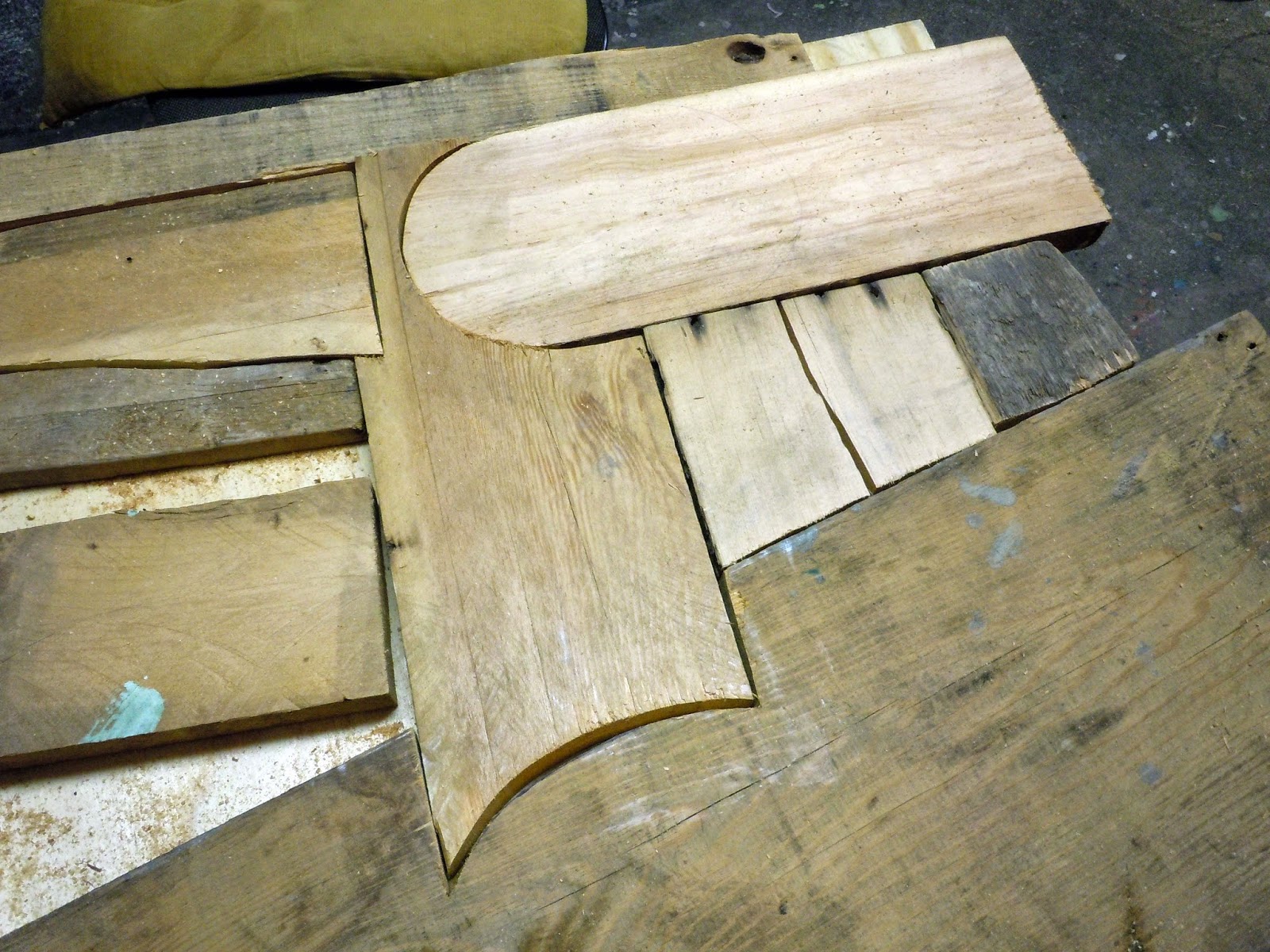 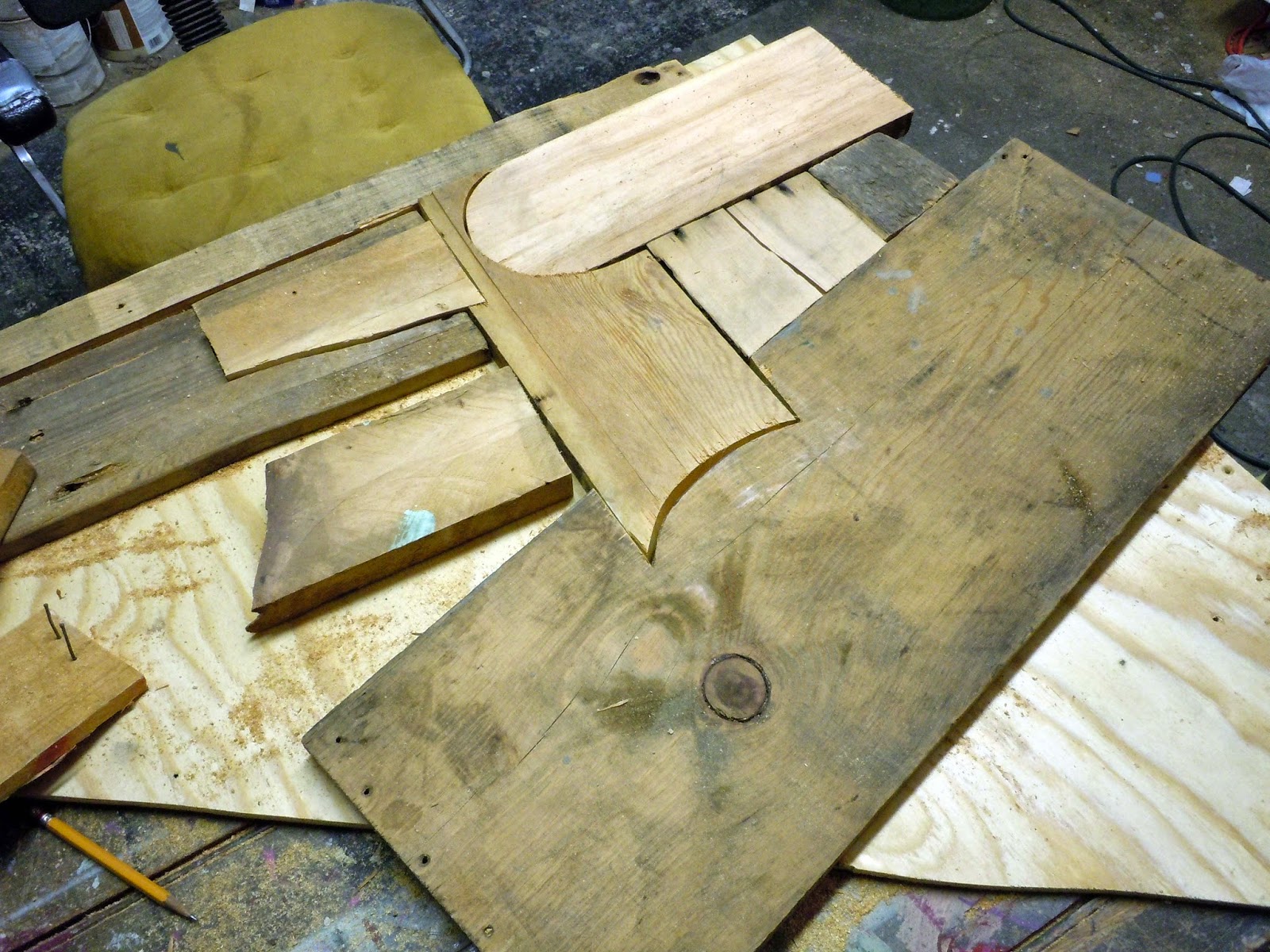 I've also been meaning to create a series of 'shaped canvases' based on my own shapes/outlines/characters and also Fast Food Mascots and Pop culture characters.  One of them is the silhouette of Mr. Peanut.

First, I draw the basic shape on a sheet of plywood and cut it out.  Then, I laminate some more sheets of plywood to that in order to make the overall piece thicker (and way less prone to bending/warping). 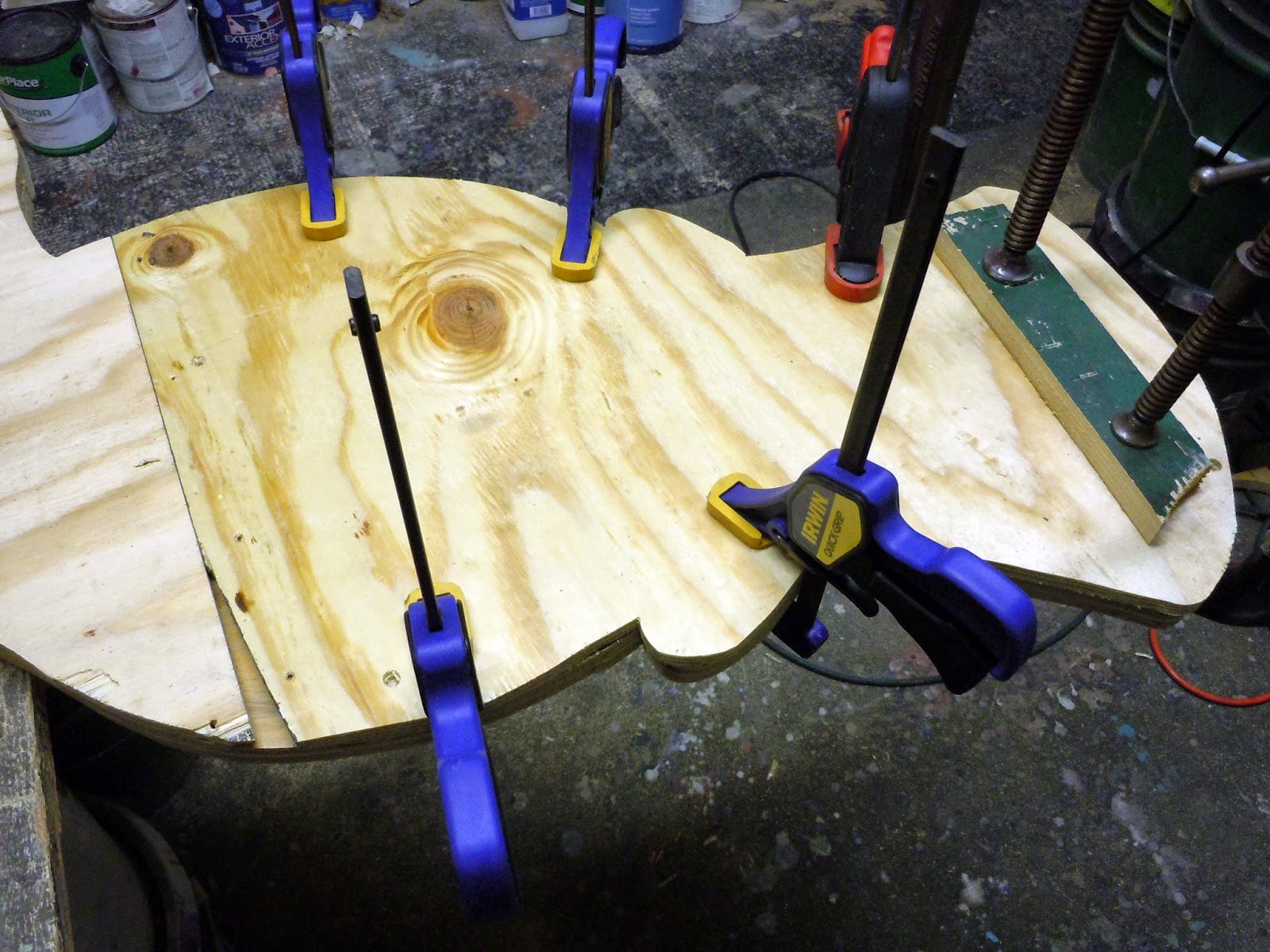 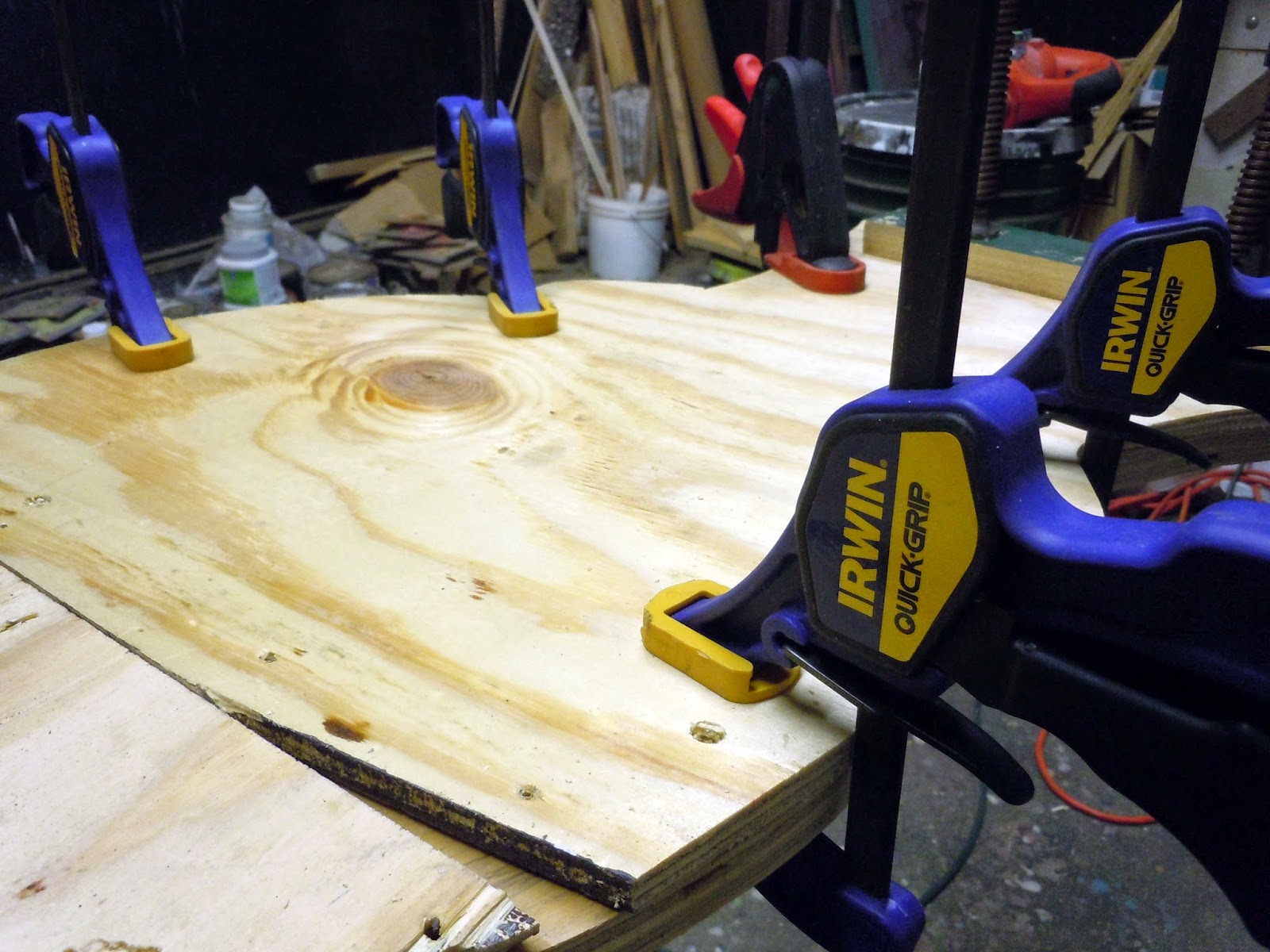 Then I wrap the whole thing in canvas and start applying several coats of primer to provide me with a nice surface to work on and just kind add some extra binding/stability to the whole concoction.

I also want to add some letters/text/typography to the piece.  At first I was playing with the pun of 'Mister' versus 'Missed Her'..... 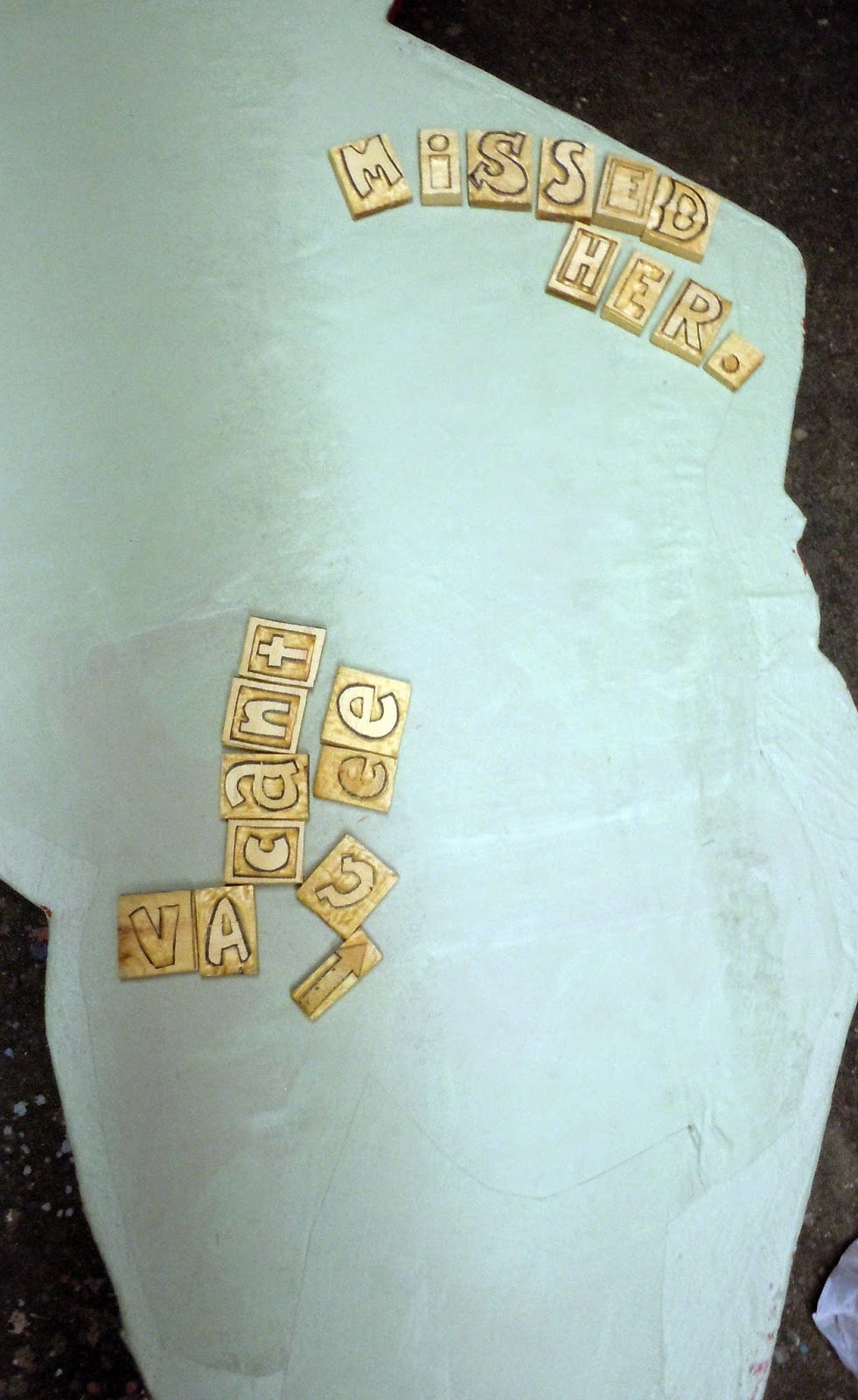 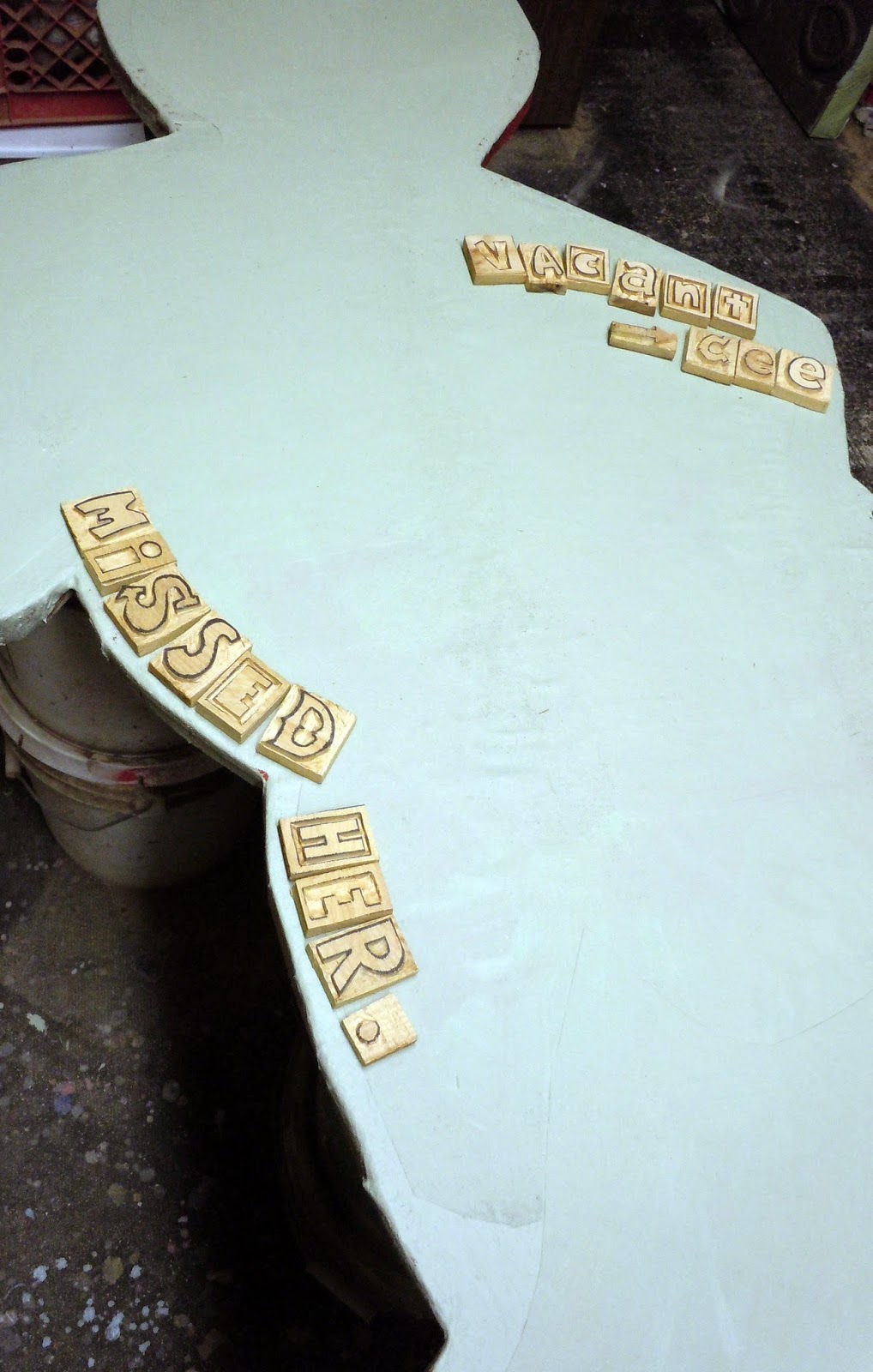 .....but ultimately went with something more oblique. 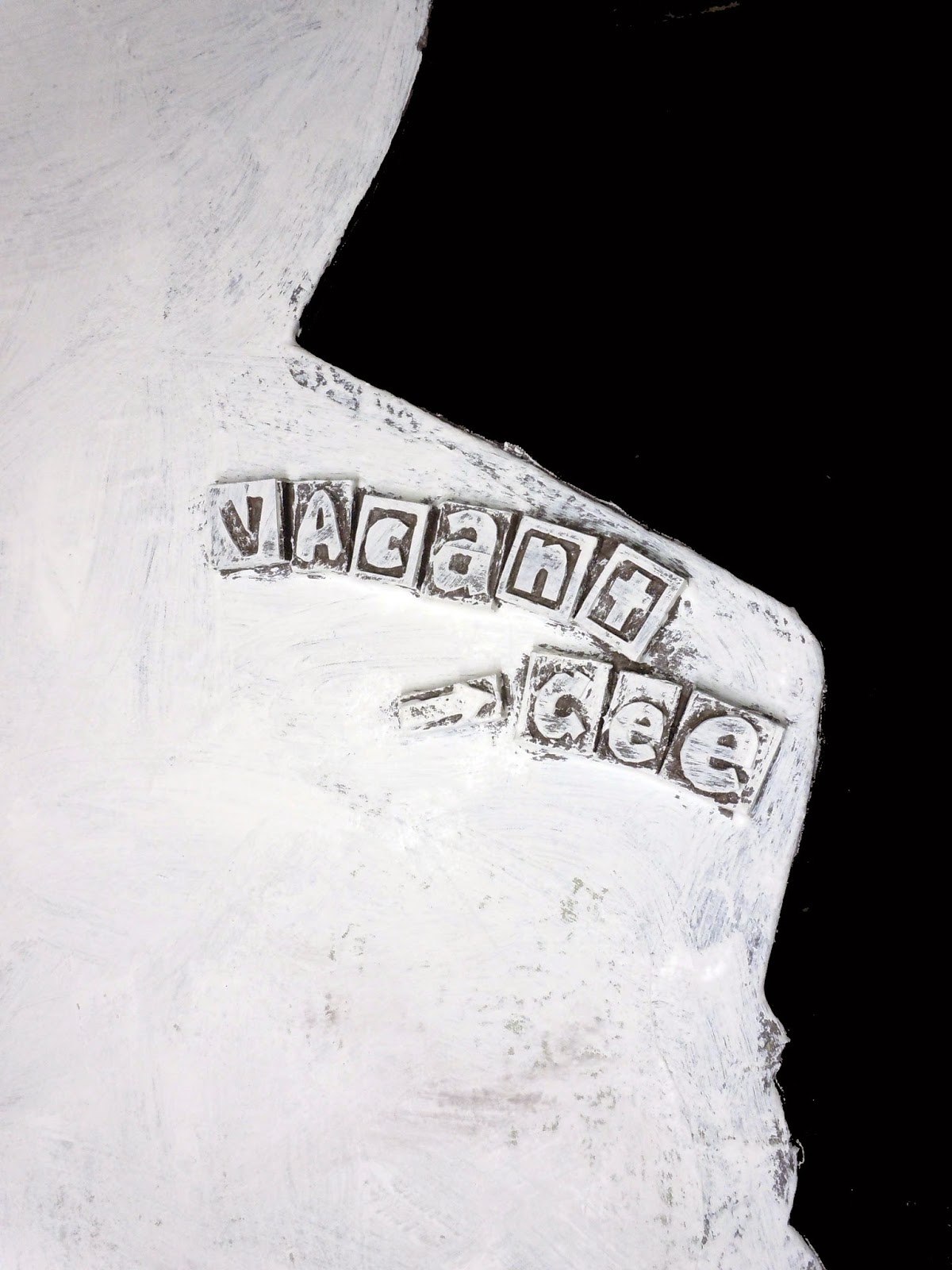 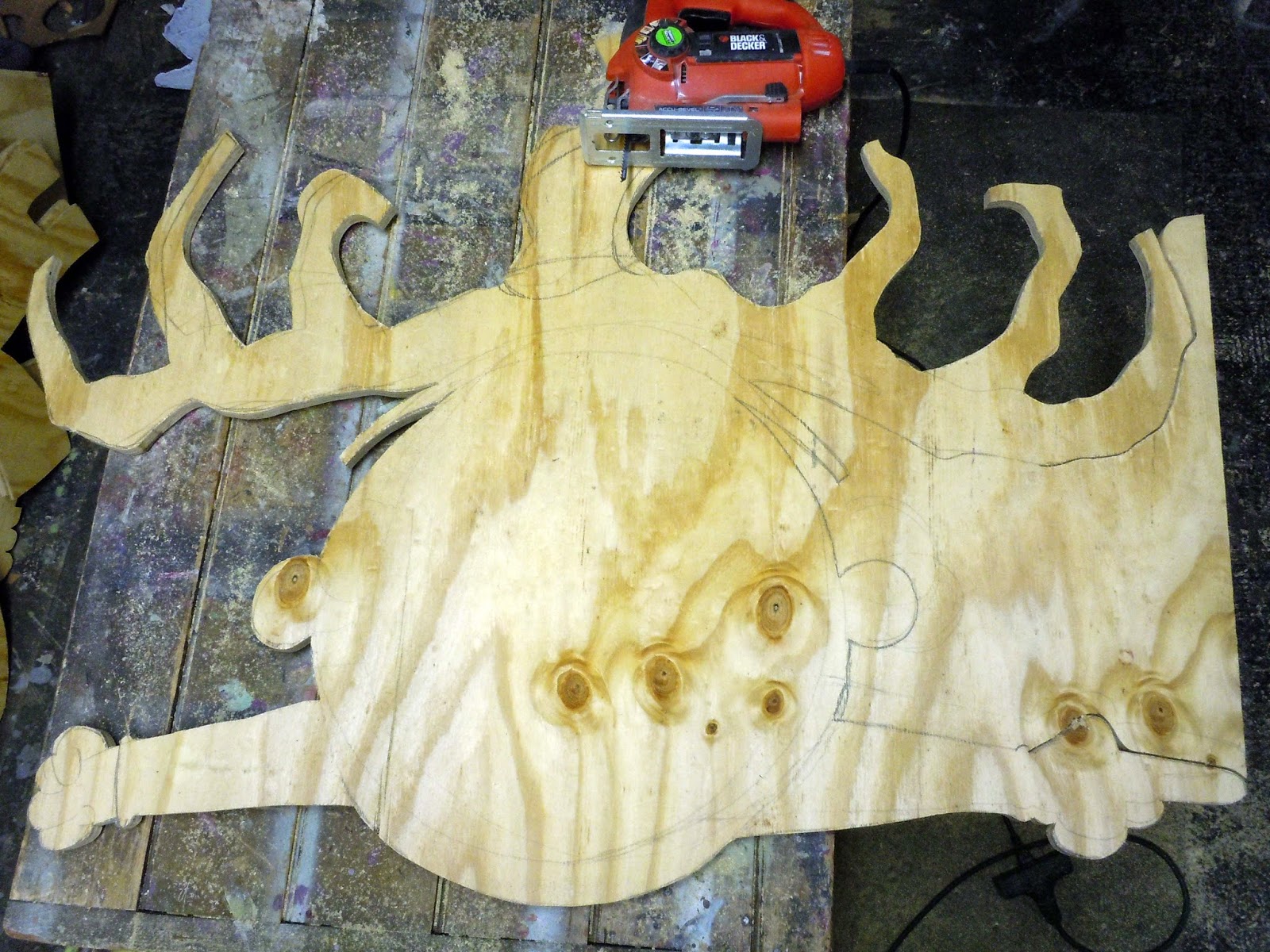 This particular piece of plywood has such a bow in it that when I glued it to the other piece, not only did I clamp the whole thing to a table top, I also put several cans of paint and one of my buckets of nails on top of it to weigh it down.  Once the glue dries, it should stay radically flatter. 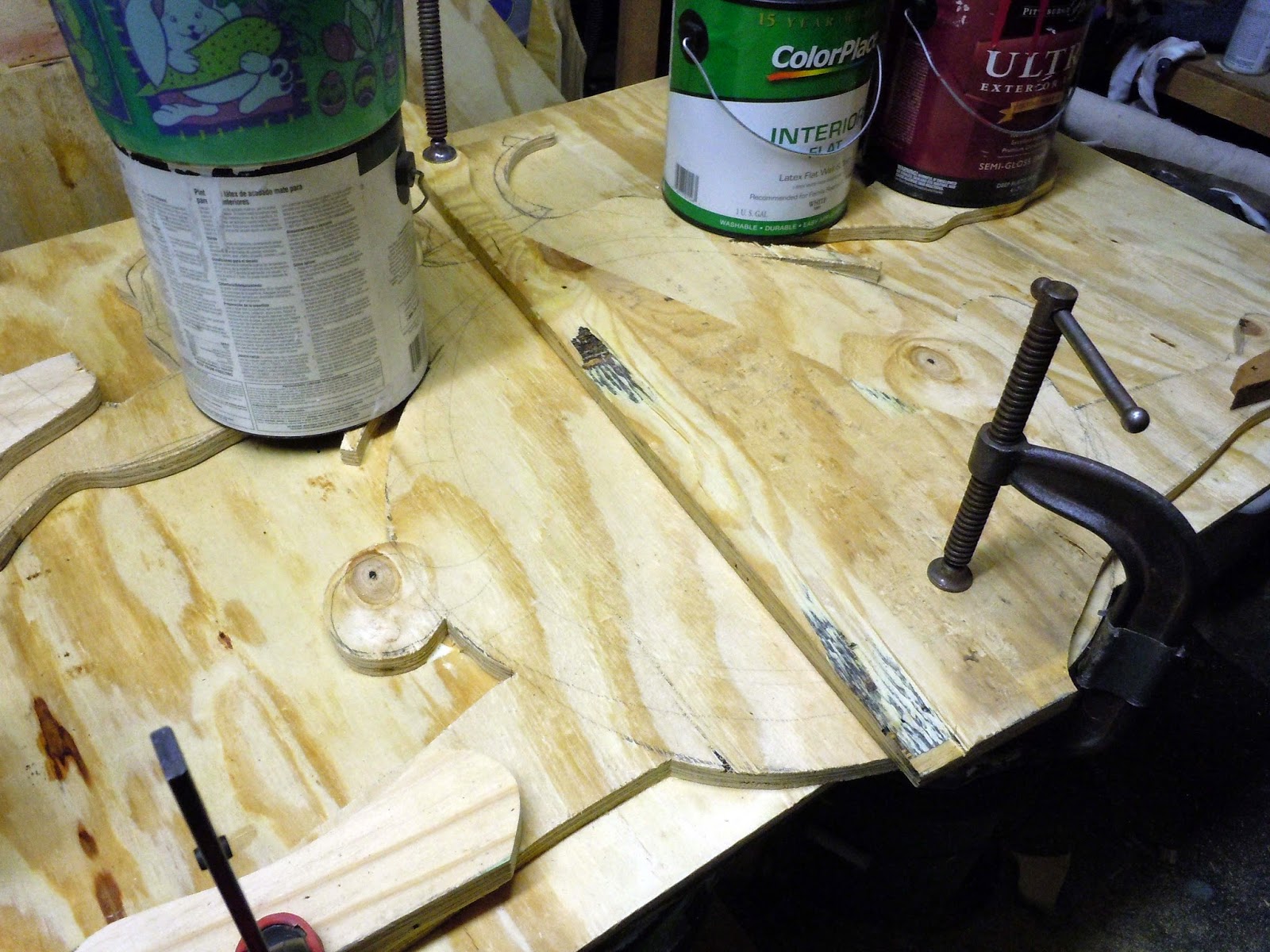 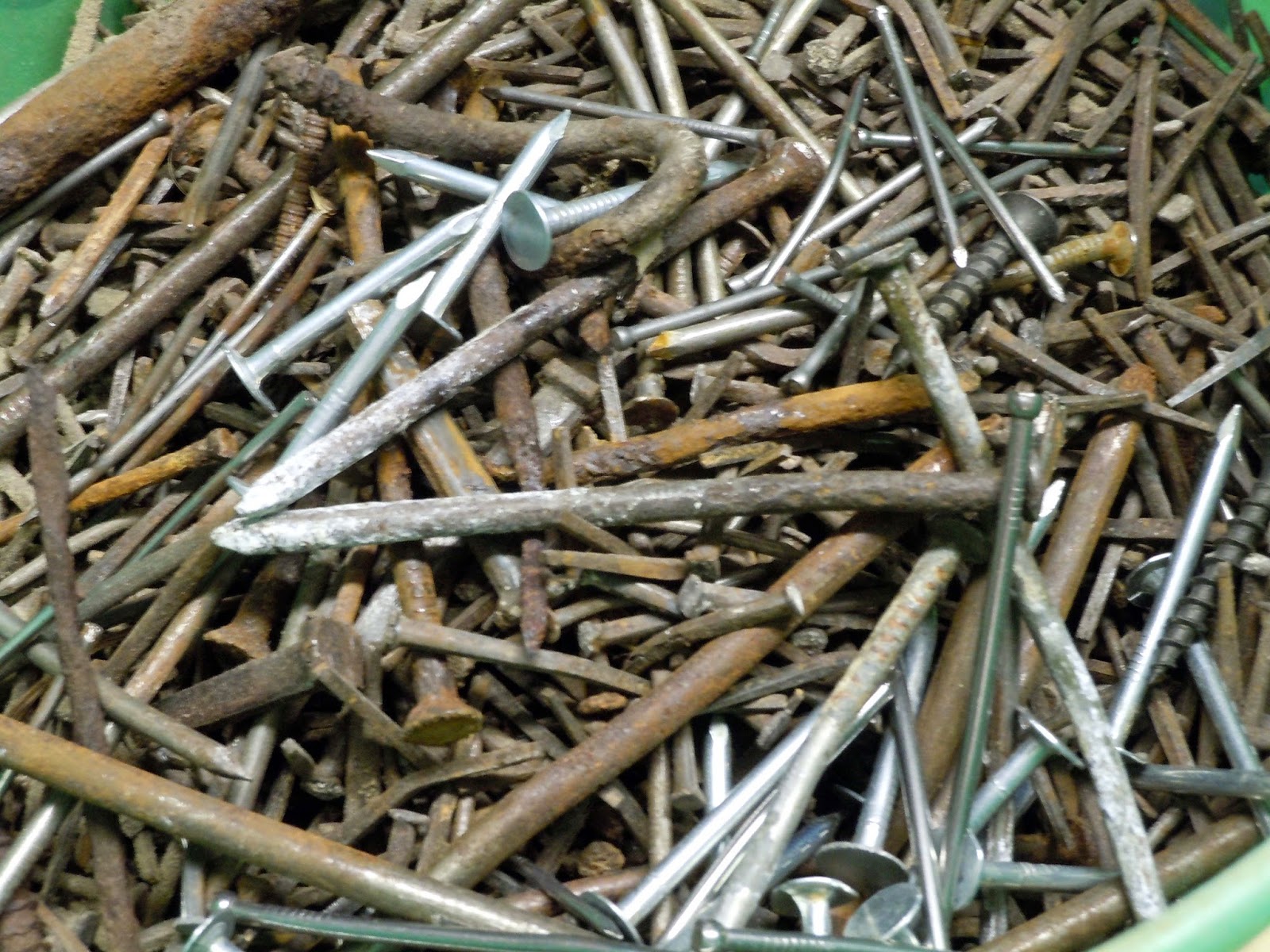 Out of a smaller piece of plywood I started this guy as well. 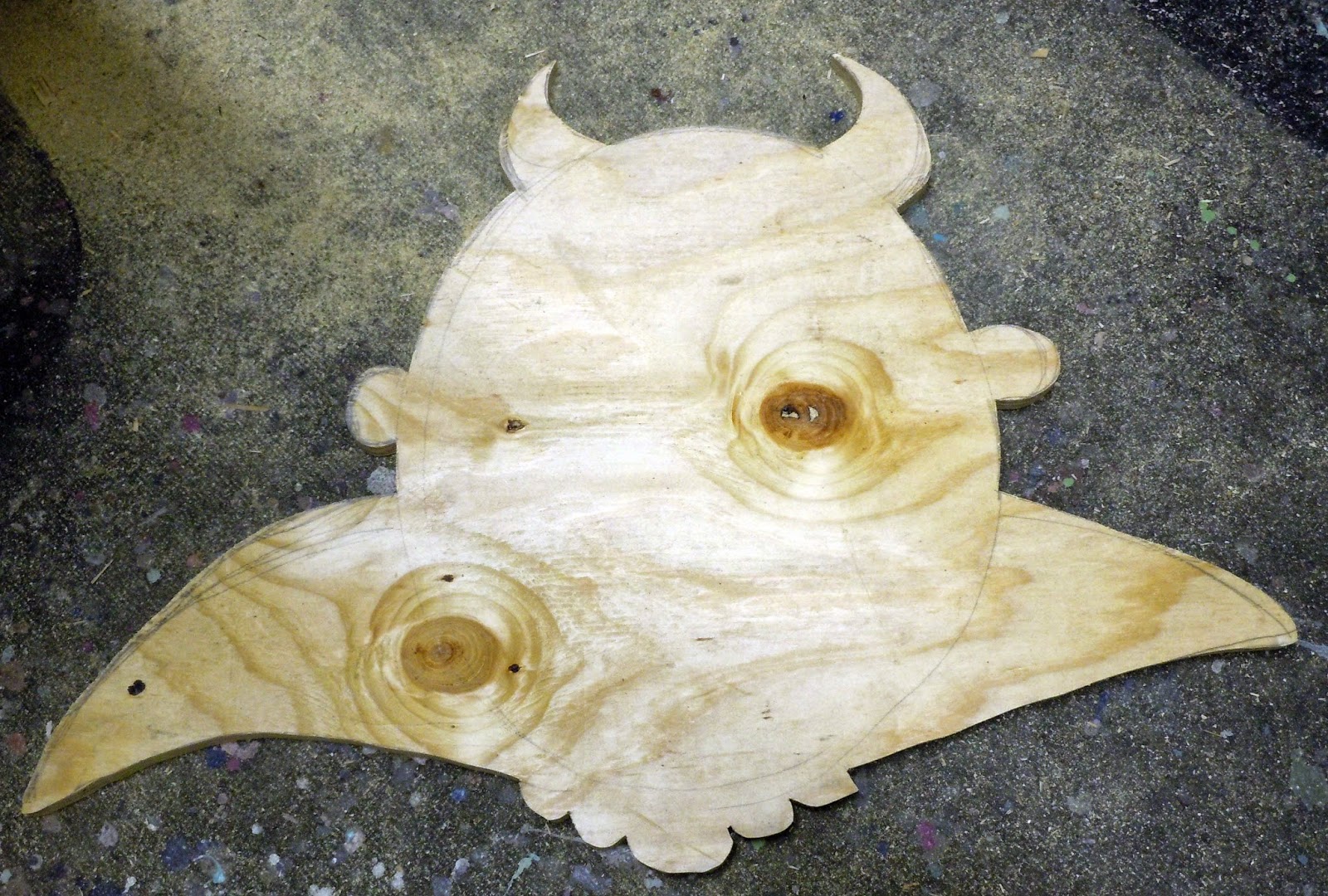 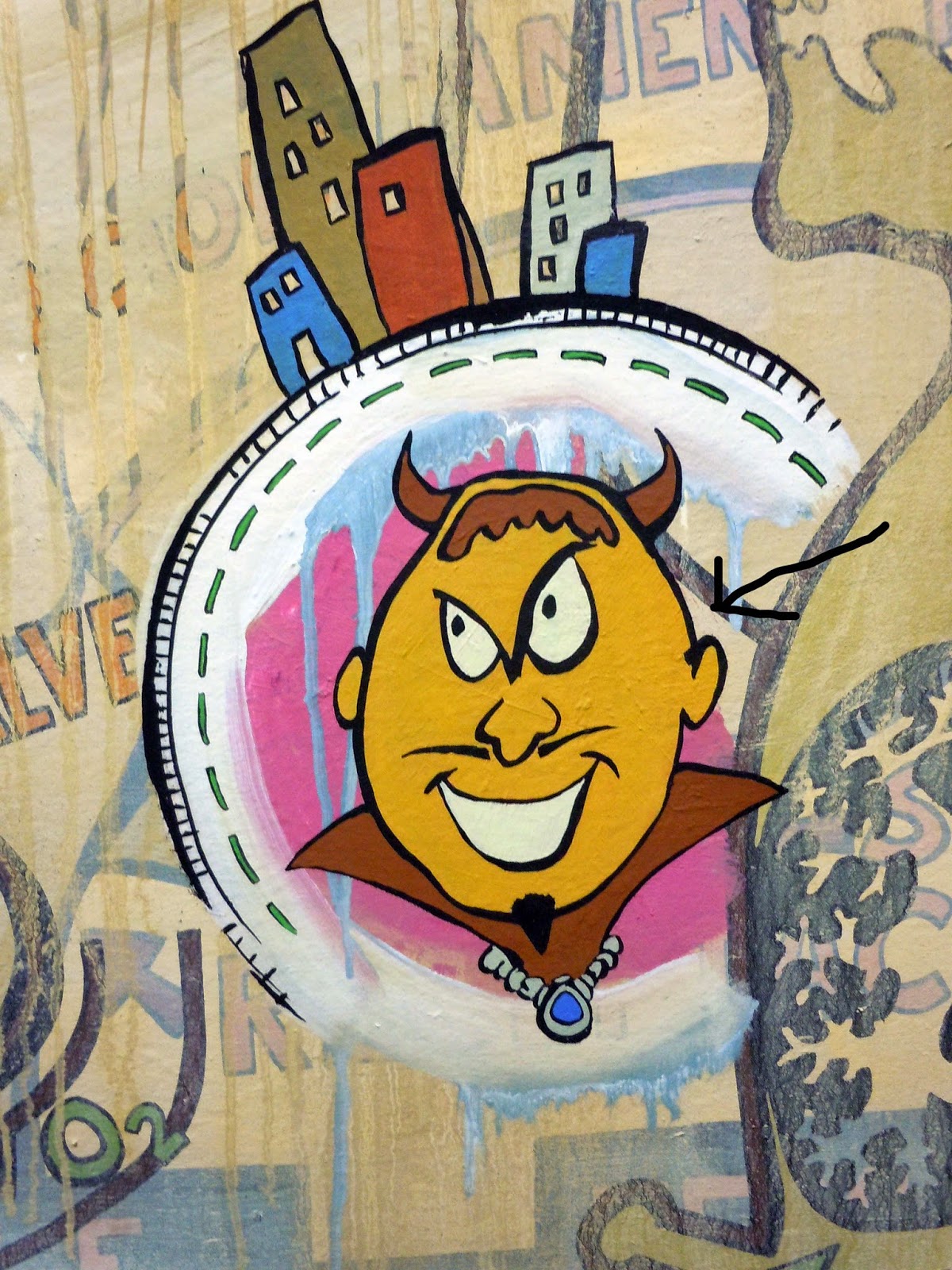 I'm not sure where these pieces will take me, but they have been fun to work on so far.
Posted by Steve Banks at 9:21 PM