This past weekend marked the end of the line for allinitogether -a collaborative sculpture space dreamed up by Terry Rathje and constructed by Terry, Dean Kugler, and me.

So The Four-Foot Assassin and I, along with Terry Rathje, started dismantling the structure out on the Figge Plaza (technically I think it is the Bechtel Plaza) in the morning.  By the height of the afternoon heat, the temperature reached 96 degrees with a heat index of 108.  There's no way of denying that it was hot, but Terry and I both agreed that, compared to what we experienced in Moengo, the heat had nothing on Suriname. 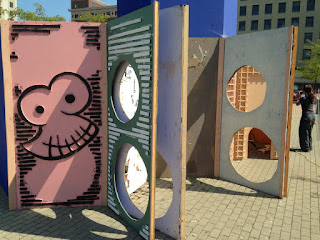 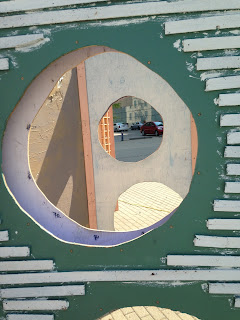 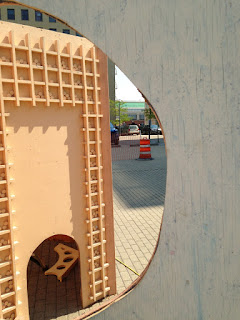 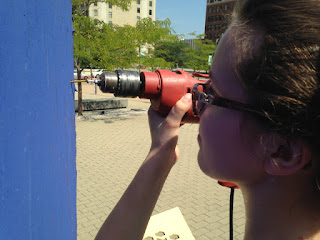 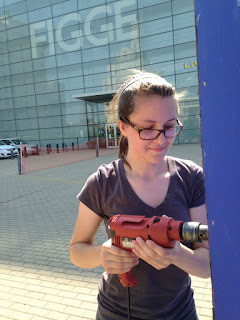 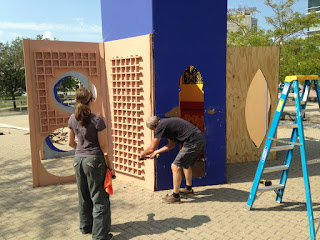 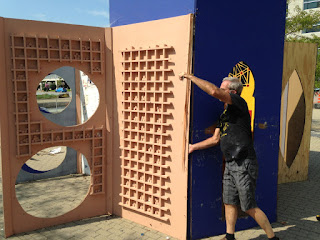 A shot of Terry landing the coup de grace to allinitogether. 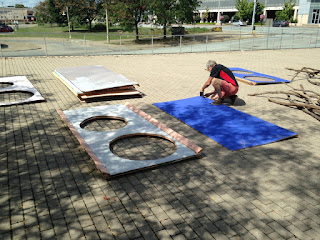 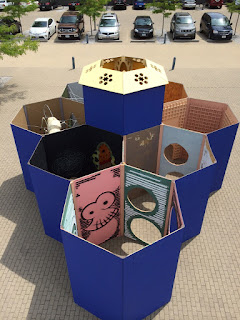 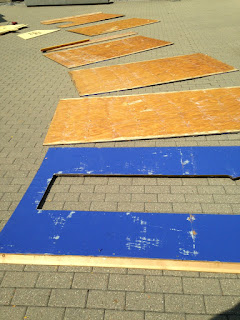 Just a few blocks down the street from The Figge Art Museum was the Oscar Mayer Wiener Mobile -I assume Wiener Man and Lil' Smokey were off fighting crime nearby..... 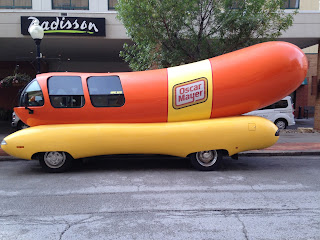 While the three of us were slaving away in the sun, Mr. Dean Kugler was off a little over an hour away in Cedar Rapids showing off his sculpture The Desecration Of Adam.  I helped Dean on Saturday finish constructing his trailer to haul the sculpture. 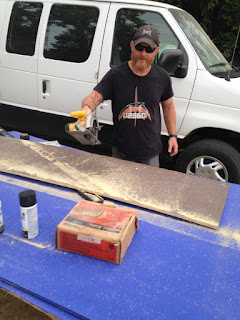 Here's the trailer before adding the walls and roof. 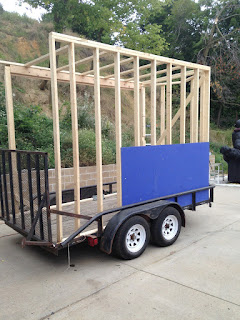 Several shots of the sculpture itself. 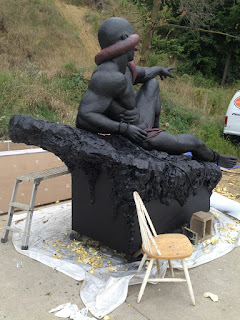 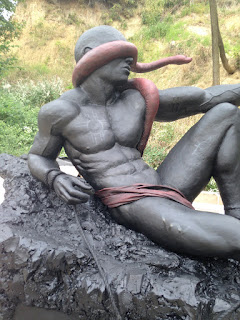 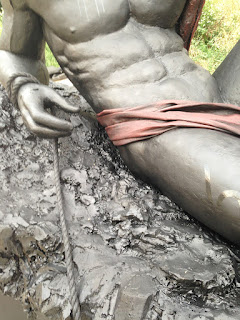 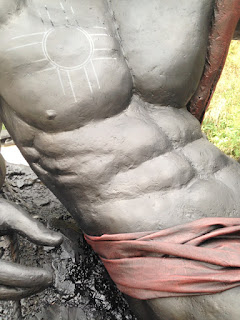 Amazing work in the hands. 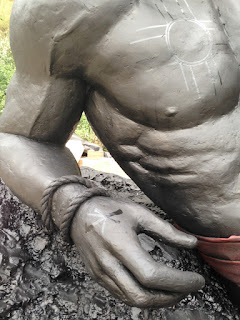 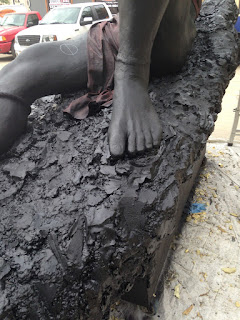 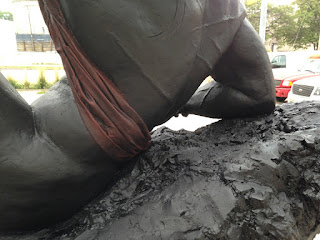 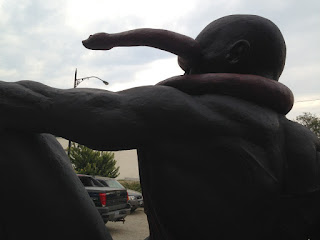 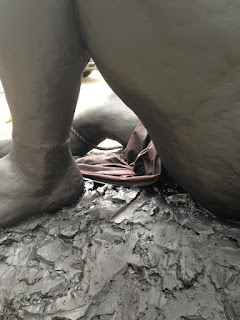 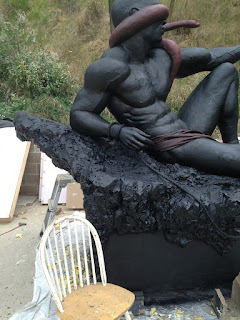 I noticed over in the dumpster Dean's face from allinitogether cut in half and discarded (Dean had actually taken down his cells on Friday so he could recycle the wood for his trailer.......and I suspect to avoid the heat). 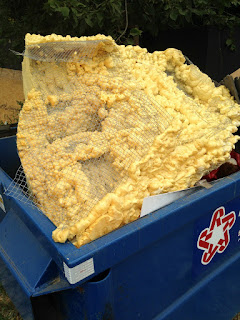 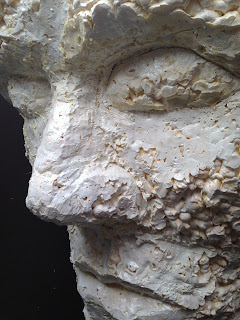 Just enough of a shell on the trailer to protect his sculpture, but open enough for people to look at it while he's driving it to the show.  Now if he only had a sign on the side that said  http://deankugler.com/........... 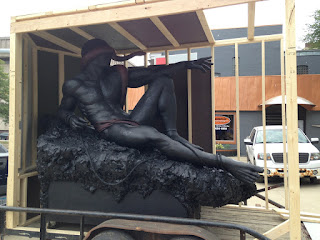 Imagine seeing this as you head down the road. 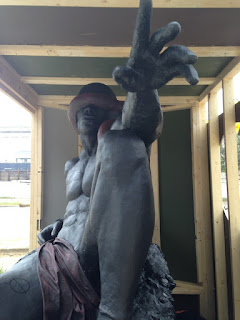 Coming soon, we'll finally take a look at the 2015 Figge Gala AND I have a BUNCH of other artists' artwork from Moengo Festival to show you.
Posted by Steve Banks at 11:59 AM