While the middle school students were working on painting the 14 discs, Terry and I were also trying to cut and organize all of our plywood pieces needed to create the ribs for our faces. 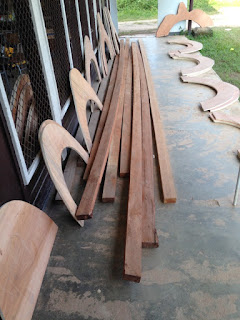 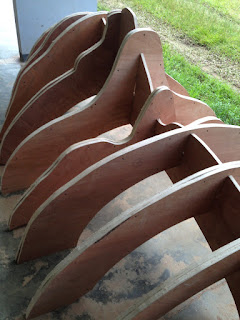 In addition to cutting the plywood we also needed to secure 14 poles/small trees to hold the discs up in the air.  We found a suitable location to cut down several small (straight) trees just a few feet into the forest from the roadway.  We were trying to cut down the trees before getting caught in line of approaching storms.

At no more than 10 meters away from the road, the forest was already becoming quite thick.  Click on the image below to get a sense of the how dense the forest was.  Honestly, the thought of becoming lost or separated crossed my mind more than once.

Not sure if this was an ant hill or a termite mound or something else, but it was foaming on the side and I decided to leave well-enough alone. 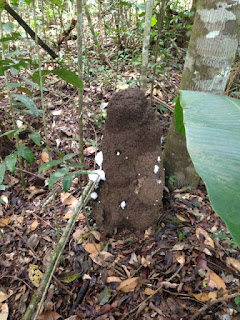 Chop!  Chop!  Chop!!  We hired a local worker to cut down the trees for us.  We hoped he had a chainsaw, but he just sharpened a machete and went to work.  He cut them down as quickly as Terry and I could drag them out of the undergrowth. 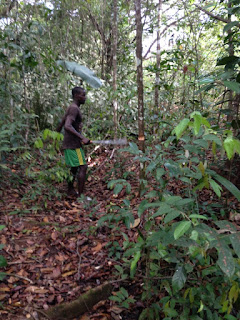 Terry and I carried the trees/poles back out of the forest and stacked them at the edge of the road.  The deluge was approaching. 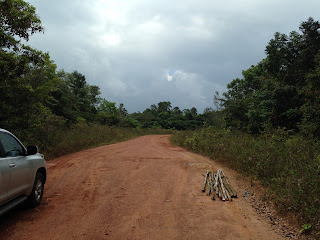 We had several other tasks to attend to in order to even have a shot at completing Colloquy, so it was three days later before we were able to make it back with a truck and retrieve our poles.

In a trip which was basically one unexpected event after unexpected event, something I never could have predicted was getting an invitation to a dinner party at the Dutch Ambassador's House in Paramaribo.  So we (pretty much all of the artists participating in Moengo Festival of Visual Arts)  hopped on to a bus and trekked to Paramaribo.

The Ambassador Ernst Noorman and his wife, graciously welcomed us into their home and provided us with an excellent evening of food, music, libations, and conversation.  It was a welcome respite for the evening.  Here is a picture of Terry and I with Ernst Noorman. 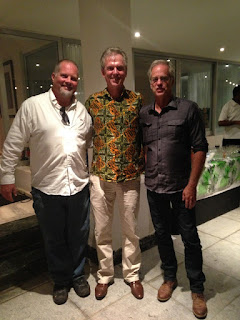 We finished working with the students on Thursday which allowed us one day to put the outside 'skins' on our heads for the installation before the soft opening of the 3rd annual Moengo Festival of Visual Arts on Saturday. 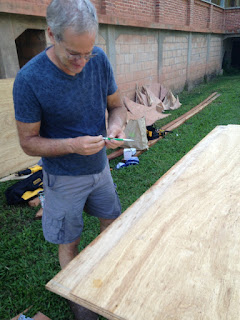 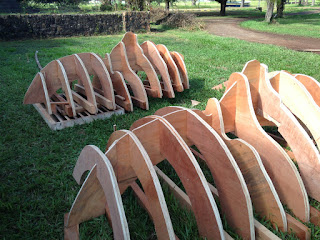 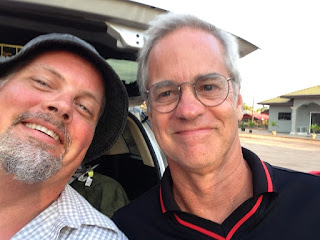 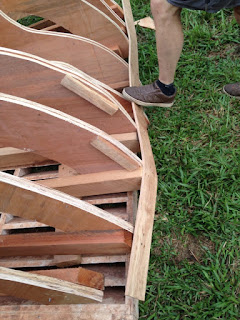 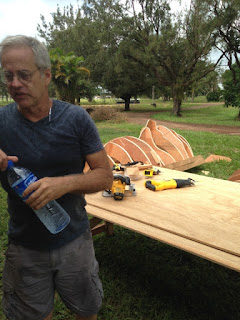 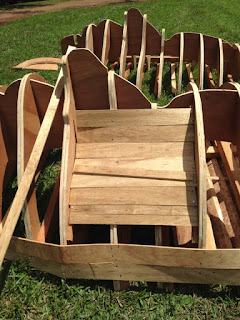 Since we had enjoyed great success hiring someone to chop down trees for us, Terry and I hired two gentlemen to dig 14 post holes.  The tireless speed at which they dug (and pick-axed through the rock) was impressive. 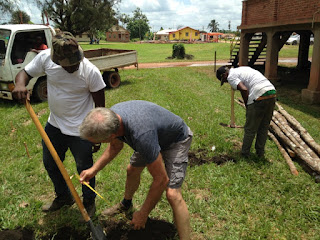 While the post holes were being excavated, I snapped off one of our four drill/driver bits.  I immediately set off in search of replacement bits (if we had no bits, we were dead in the water).  An hour later, I returned with no viable new bits.  Fortunately, we knew some people would be coming in from Paramaribo in the morning, so I sent out a quick S.O.S. text for more new driver bits.  Phhhhew! 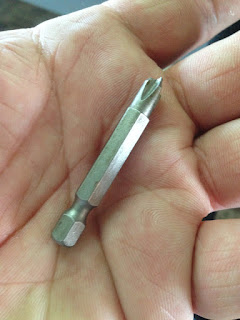 I had to return to the U.S.A. a few days before Terry did.  I was able to complete the fabrication of my head and help get all of the ingredients on hand to complete Colloquy.  The remainder of the installation was in Terry's capable hands.

Here is an image Terry sent of the two heads while he was waiting out a rainstorm.  We had one day in Moengo, when it rained on 5 different occasions. 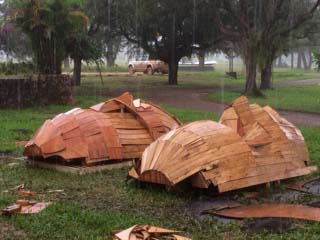 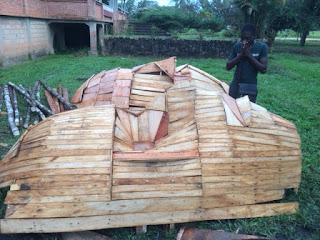 A shot at sundown.  The posts and the discs are installed.  All that needs to be done is the heavy lifting task of raising the heads so they face each other. 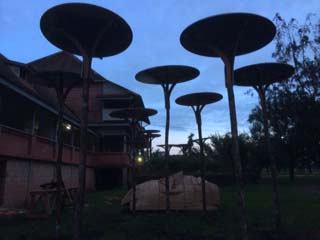 These first seven posts have been extremely 'Steve and Terry-centric'.  The next two posts will showcase some of the other excellent work that was in the Moengo Festival of Visual Arts.  Just remember, for every piece you see, there is probably an equally wild and convoluted path its creators had to travel to get that work to Moengo.  When you see all of the amazing artwork that was in the show, that is no small statement.
Posted by Steve Banks at 11:57 AM