Back in late summer, Bob Schultz, Veronica Watkins (check out Veronica's work by clicking HERE!), and I were standing around in the kiln yard shootin' the breeze.  One of the things that we talked about was the redesign of the wood fired kiln that had never been tested.  The wood kiln had been rebuilt three years ago, but no one had fired it yet to see if it worked.  The three of us being light on self-preservation instincts and heavy on free time, decided we would make it a goal to test fire the kiln before the end of the semester.  We determined the first week in December would work best.

Before you can have a glaze firing, you need to make some work. 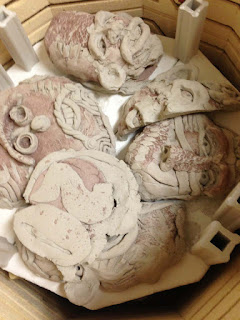 And before you can have a wood firing, you need wood -lot's of wood.  We set a date to go out to Veronica's place and cut down an old hedge tree and turn it into kindling.  Here's Tia Calkins getting ready for her turn with the chainsaw. 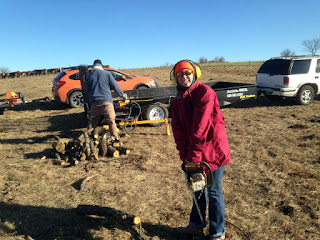 Tia's stint with the chainsaw was brief, but memorable.......The rest of the cutting was done by me and Nathan Little.  By that I basically mean that Nathan was a cutting machine and I was moving 16" logs over to the log-splitter almost non-stop.

Sequential images of Nathan taking down a limb from this dead hedge tree. 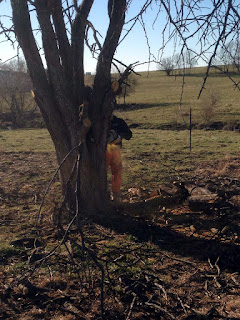 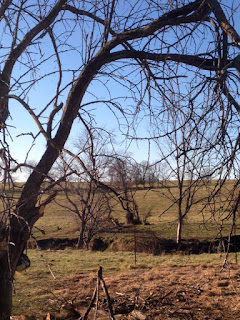 Note the little bits of tree bursting into the air as the limb cracks towards the ground. 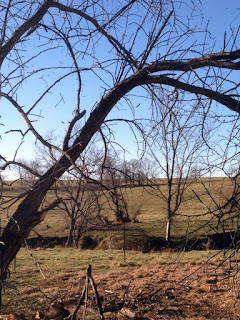 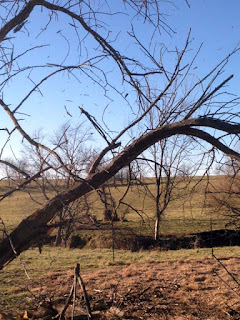 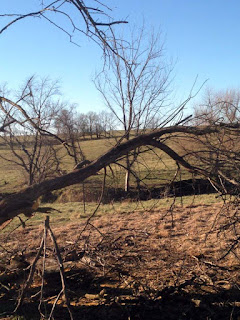 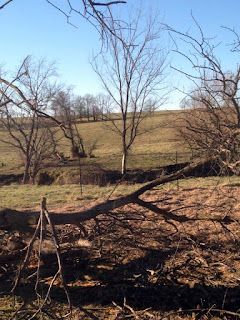 No sooner had them limb completed its second bounce and Nathan was already cutting into it.  He even had the orange safety chaps. 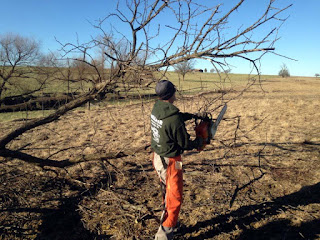 Tia and Bob worked the log-splitter turning the large logs into fairly small/quick-to-burn pieces of wood. 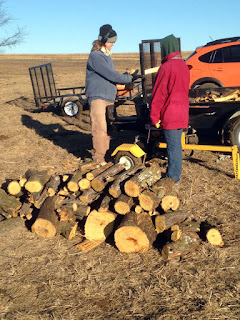 What was once a tree was well on its way to becoming fuel. 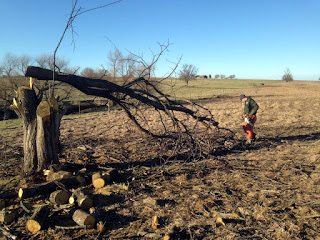 Tia and Bob busily filling the trailer with the split wood.  We generated over a cord of wood that day. 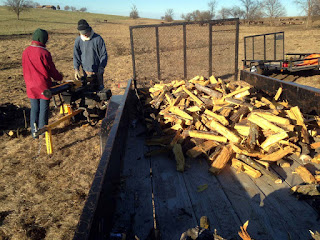 A quick panoramic shot trying to capture the moonrise on one side of the horizon as the sun was setting on the other.

Getting closer to our goal of cutting/splitting a cord of wood. 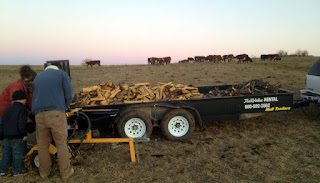 The cows in the pasture were curious, but well behaved...... 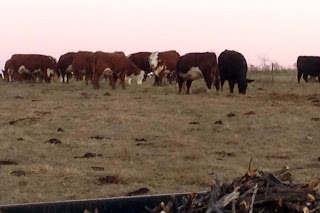 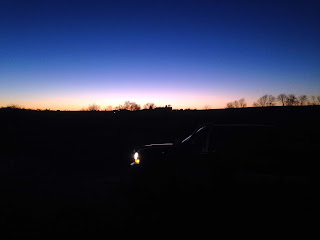 The sun had set and our work for the day was done.  A few days later Bob "Pumaman" Schultz, Veronica Watkins, Brad "The Ninja-Man" Watkins, and I cut and split some more wood to get us to our 2-cord minimum goal for the firing.

About a week later, Bob and I mixed together some alumina hydrate and epk (Edgar plastic kaolin) to make a batch of wadding for the kiln.  You use the wadding underneath your pieces so they don't adhere to the kiln shelves during the firing.  Basically, the wadding resists the environment we were hoping to create inside the kiln.

We also put a thinned-down mixture of the wadding ingredients (kiln wash) on the kiln shelves, and kiln furniture so they wouldn't become 'fused' together.  Below is a bucket of kiln wash. 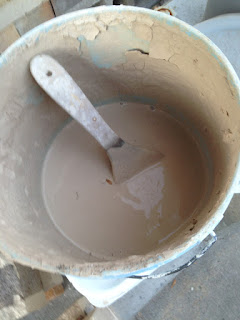 We dipped the end of the bricks so they wouldn't stick to the shelves. 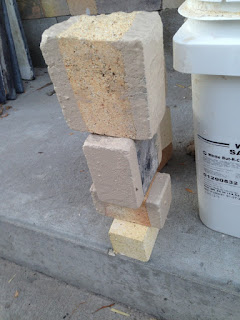 Once everything is ready, it is time to start loading the kiln. 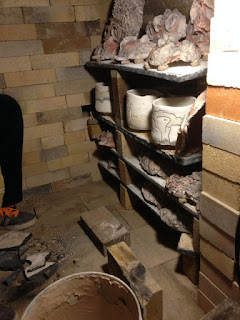 A panoramic shot of Bob wedged into the kiln loading the shelves.

Bob Schultz drawing first blood with the kiln by lighting the inaugural fire. 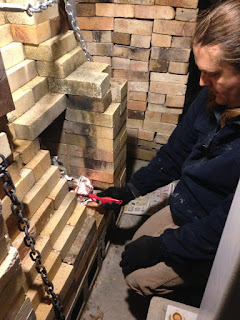 The fire to warm up the chimney is underway...... 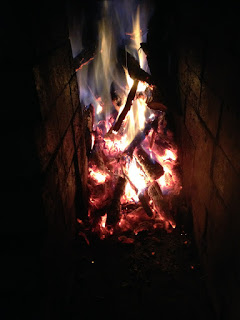 30-some hours later, we had two different readings.  According to the Pyrometer, the kiln was up to 2219 degrees Fahrenheit.  According to the pyroclastic cone packs, we had achieved cone 11 or maybe even 12.  Either way, we had it up to 80 and had a beautiful bed of coals.  Which was great visual entertainment for me since I took the overnight shifts both nights of the firing (sometimes throwing logs into a fire at 4am can become a little boring.  Hot glowy bits can break up the monotony). 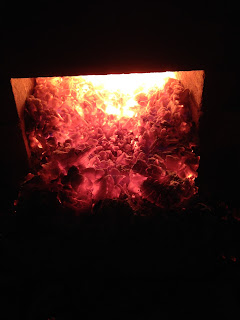 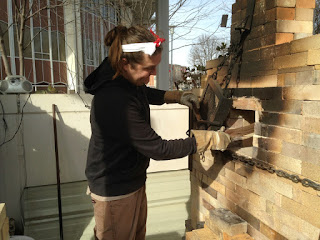 Once the last log was put in the fire box, we sealed up the kiln by putting firing bricks into the remaining openings.  Now we let it slowly cool for several days before we begin crack it open.
Posted by Steve Banks at 12:29 PM