Recently I was struck with the desire to make a Statue Of Liberty-esque sculpture.  Not sure why, but then again, I rarely ask why......

I made the crown first.  That would help me determine how large to make the ceramic face. 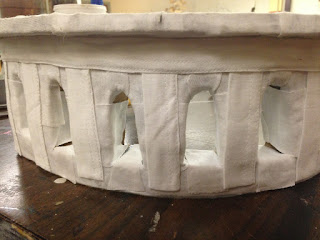 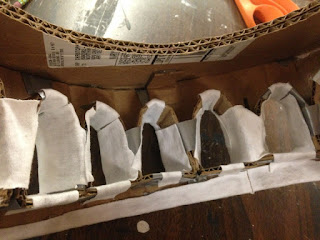 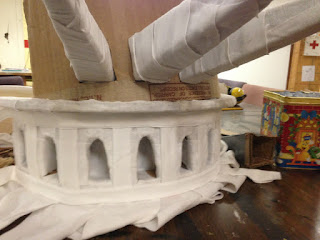 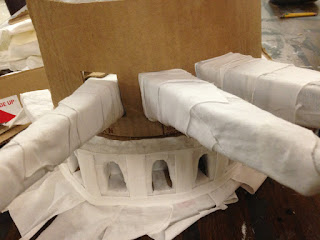 Constructing the crown was more of a time-consuming process than I had initially anticipated, so what I thought would take most of a day, actually took several days.  On the bright, I only received a couple top-quality hot glue burns.

In addition to the crown, I needed a base.  I saved several of my panels from our collaborative sculpture this past Summer at the Figge Art Museum, called Allinitogether.  Just the right amount of playful goodness to contribute to the feel of the piece.  Here is a shot of the Allinitogether out on the Figge Plaza....... 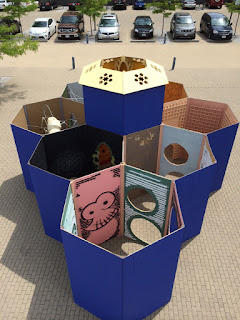 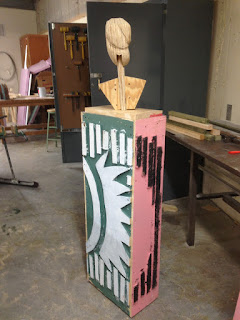 I primed the crown with a few coats of purple and started working on a face/neck assembly. 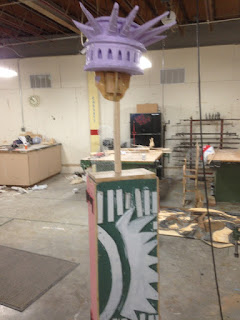 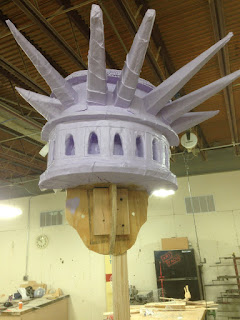 While figuring out the positioning and length of the torch-bearing arm, I clamped a long 2"x2" board on to the body.  I have to admit, I was highly intrigued about the exceptionally long arm and conceptually what that might mean holding the torch of liberty so far away..........I may revisit that sometime in the future. 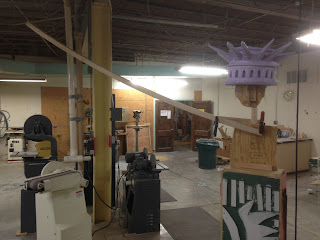 The progress on the head/face was moving along nicely.  It was time to turn my attention to fabricating the body. 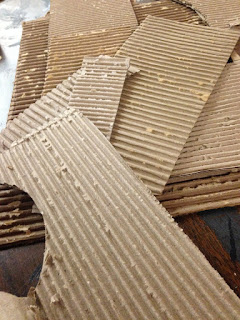 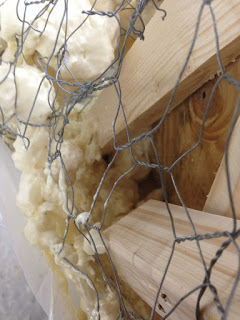 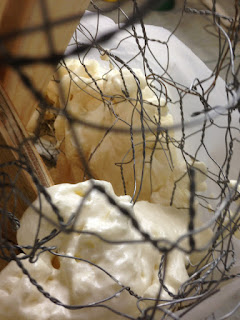 The ceramic face is now attached and I am building out the body with spray foam, chicken wire, and cardboard. 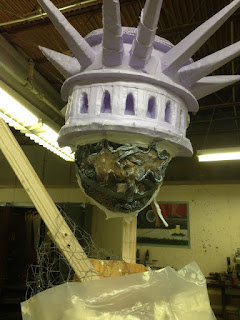 Building up the layers of cardboard. 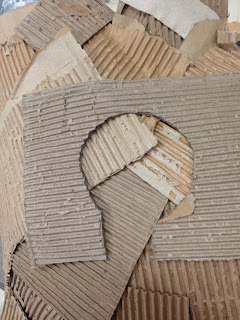 At first the spray foam drip leaking out the side of the mask was a visually intriguing happy accident, eventually it grew so large that it had to be removed. 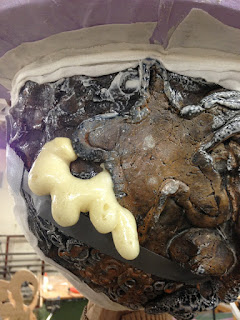 Body and face are coming together. 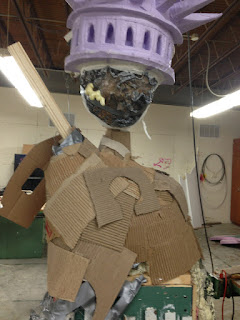 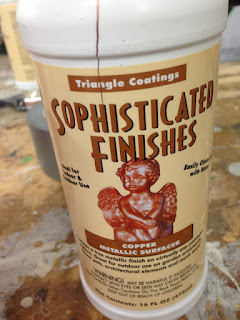 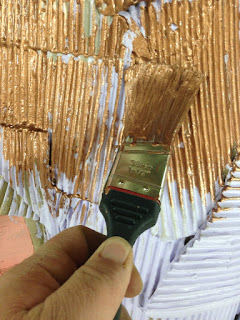 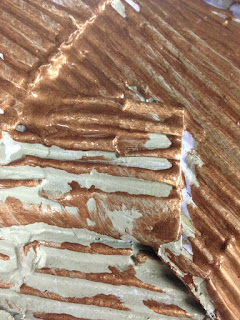 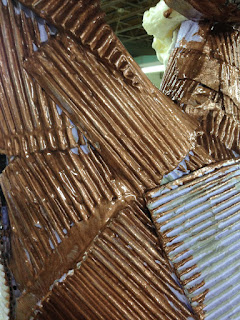 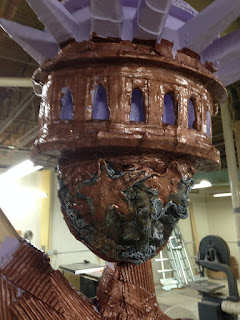 After the Copper Metallic Surfacer has been applied, but before it dries, it is time to add (spray on) the Patina Green Antiquing Solution...... 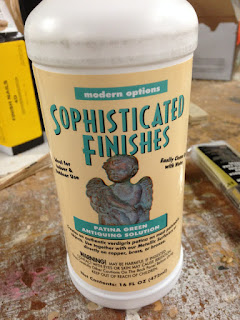 These next few shots were taken about 30 minutes after I applied the Patina Green Antiquing Solution. 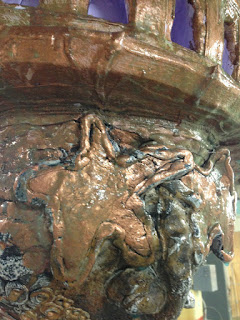 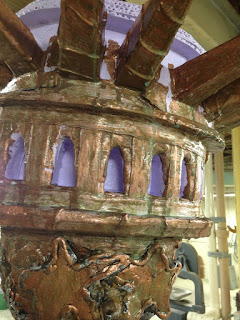 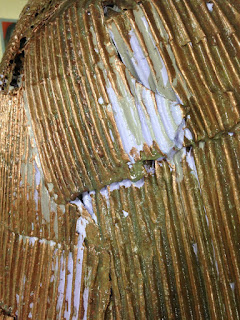 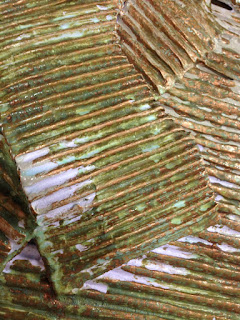 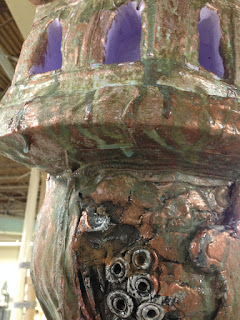 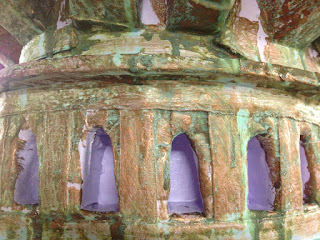 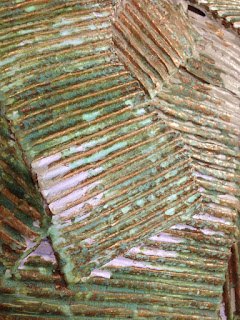 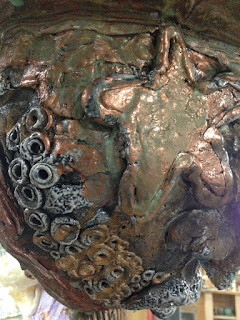 Join us for North On 71 to see Lady Liberty in all of her finest.