Arrrrrr! There Be A Pirate Ship: Part I

One of the things I've been working these last 8 months is a series of mixed media figurative sculptures.  Mostly wood, chicken wire, spray foam, Styrofoam, canvas, and paint.

Typically they have a straightforward laminated plywood base.  I've decided to make a slightly more involved plywood base (fancy, perhaps?). 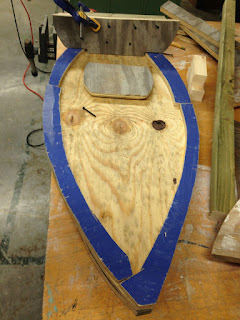 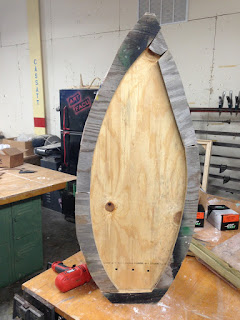 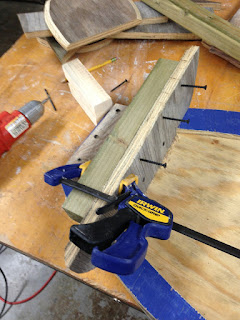 I've waited for far too long to have a legitimate reason to type 'poop deck'.  Below is the rough structure of said poop deck. 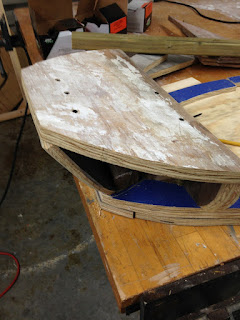 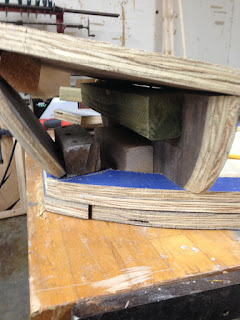 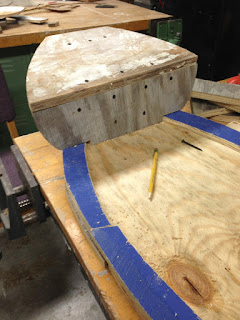 I cut a hole through the front deck so I can run 'the leg' all the way to the ground.  Transferring weight/load to the ground increases stability dramatically. 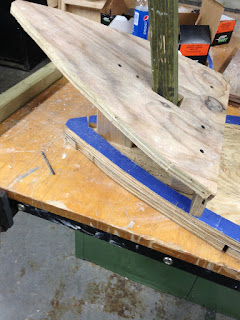 I make another hole for the second leg. 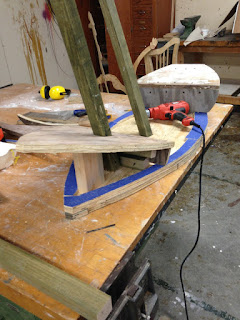 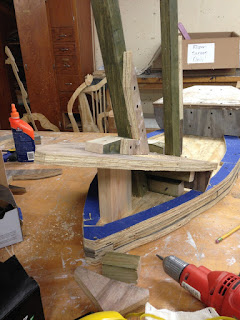 For those who are frequent readers of my blog, you might recognize the green 2"x2"s of the legs from an earlier collaborative piece, called Vestibule, which I created with Terry Rathje back in 2013 at The Figge Art Museum. 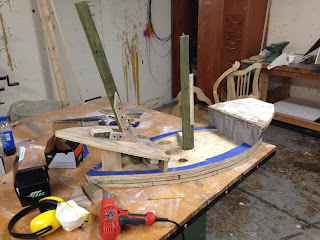 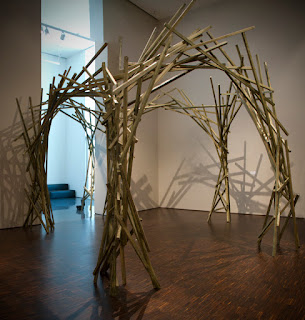 
After the main wooden structure was in place, I put cardboard on the side of the boat and primed it several times with paint.  After the hull/skin was firm, I drilled a few holes in the deck at key areas and shot spray foam inside the hull to fill the cavity.  That way the cardboard sides couldn't be pushed in or dented. 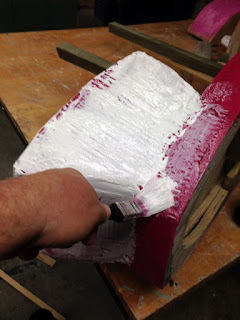 A wave motif created out of cardboard and fabric. 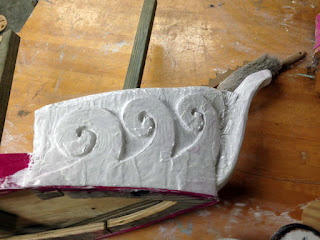 As is par for the course, while cutting the waves out, I was left with several interesting negative shapes that will probably find their way into some future project/blog post. 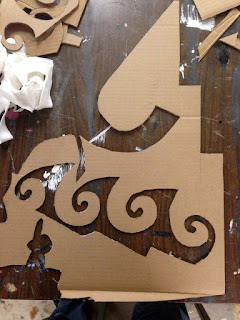 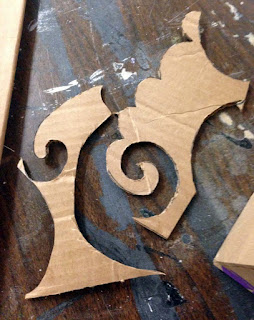 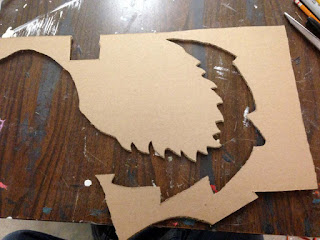 90% chance this one is going to wind up as part of a canvas. 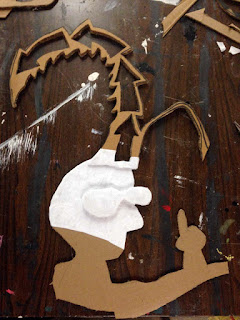 Anyway, back to the task at hand.  I need to put rails on the sides of my ship.  I cut several little sections of dowel rods. 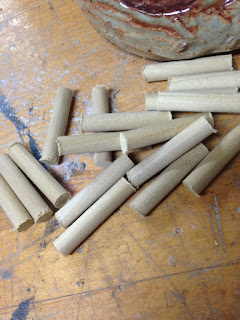 Then I 'tap' them into place into a board with pre-drilled holes. 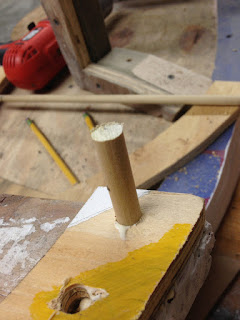 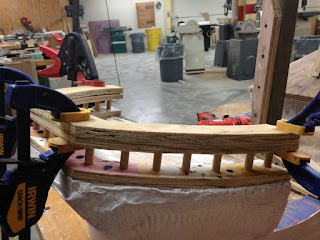 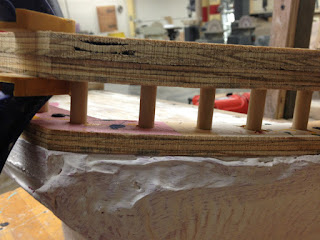 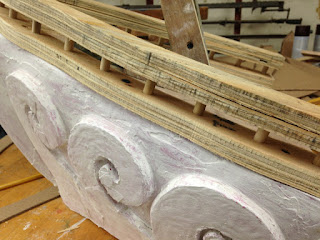 I've also started working on fabricating the body, but more on that later..... 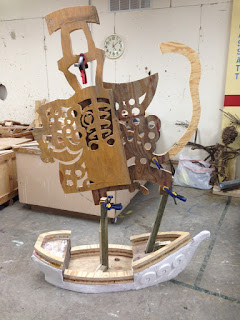 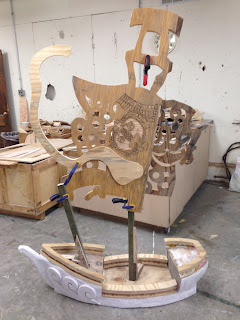 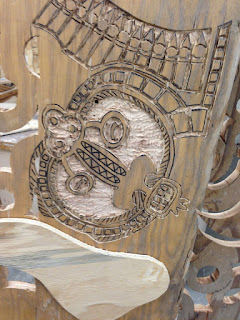 Next time we'll take a peek at my last bit of ceramic work for the year.
Posted by Steve Banks at 6:03 AM