For over 20 years now, Phil Laber and I have been saying "We should have a show together sometime.....".  There is a reasonable overlap in our work.  We both love color and texture.  We frequently explore social and political ideas.  We both work in several media.  How hard could it be to put together a show........?

20-some years later we finally put together a show called In/ConFLUENCE.

I want to take this opportunity to give you a sneak peek at Phil Laber's work.......

Digital collage on shaped canvases.  The last time I taught at Northwest Missouri State University, Phil was working on these pieces. 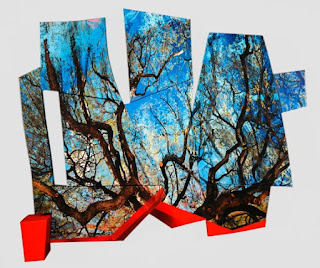 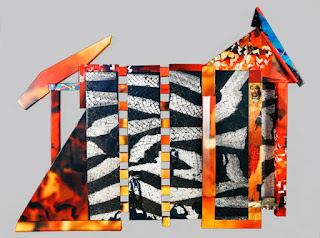 He made a whole series of these roller-based pieces (inspired by the image left behind on a print roller). 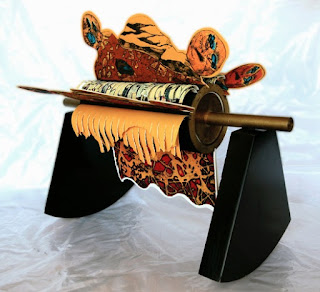 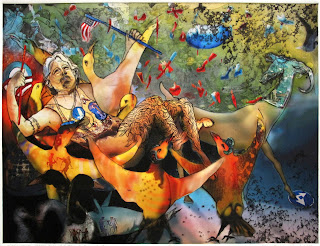 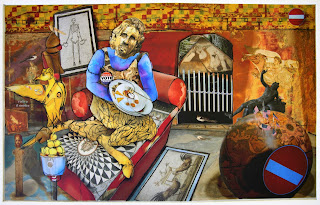 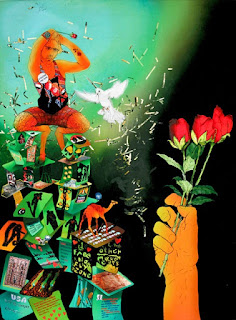 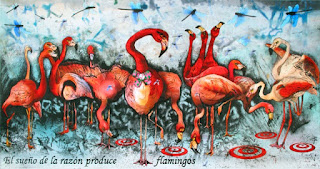 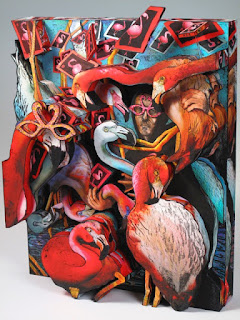 Check out one of his sculptural prints. 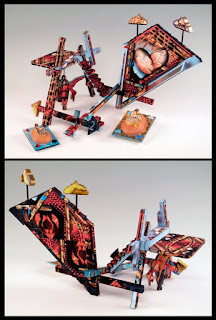 Here are a few images of Dawn Wolford-Metallo and I setting up In/ConFLUENCE at Quad City Arts. 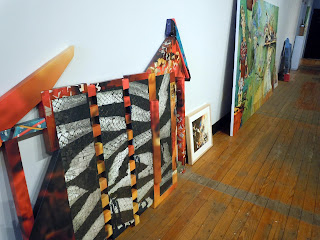 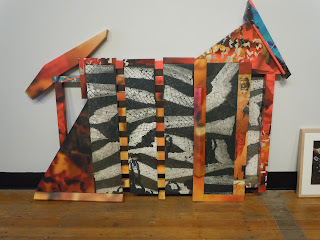 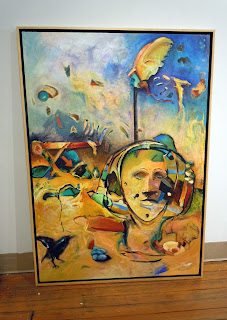 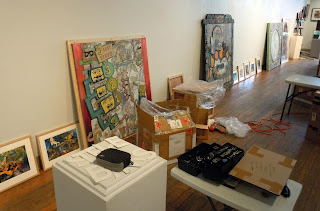 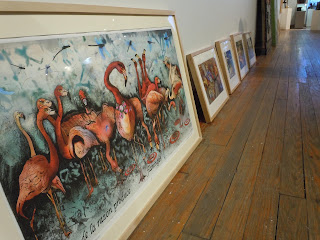 Starting to get things hung.... 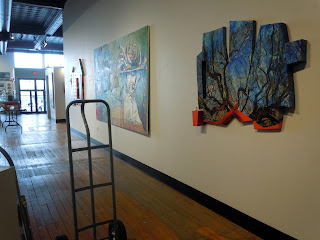 One of Phil's rollers I had mentioned earlier. 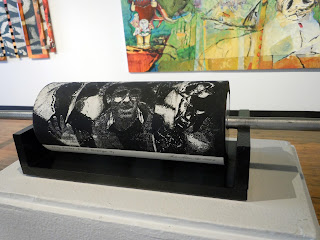 Here's Dawn trying to stay focused on hanging the show while being harassed by unseen/unnamed entities off camera. 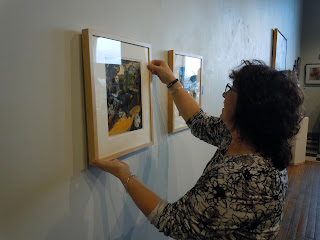 Her focus pays off! 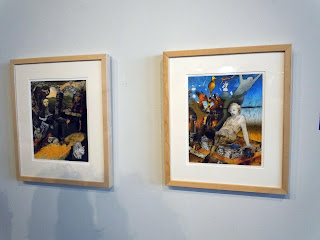 Come check out In/ConFLUENCE at Quad City Arts Gallery in Rock Island.  If you want to see more of Phil Laber's studio work, check out: https://www.philiplaber.com/.  (I've really only scratched the surface of his oeuvre (That sounds worse than it really is.....)).

Next time we'll explore how to be a carved frame of leisure.....
Posted by Steve Banks at 7:53 AM