After years of hanging around my studio, I think Spent Youth (formerly Mystic Guru) is nearing resolution.  It will be one of the pieces in the show In/ConFLUENCE at Quad City Arts.(check out their website by clicking https://www.quadcityarts.com/)  I just need to finish painting in some detail areas..... 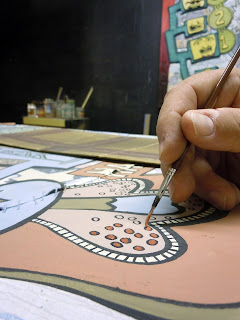 This area with the wording is going to get hazed over with a fairly thick wash, so it will be subdued in the final piece.  I already have plans to reuse this image in a carved frame for another piece I'm working on called Bro Kin.  It's rare that I have anything that resembles 'a plan', but this time I actually do.....maybe.  You can read about Bro Kin in an earlier post by clicking HERE. 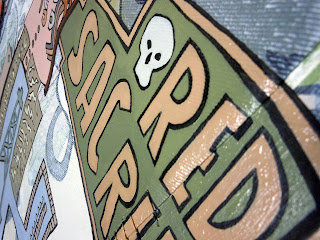 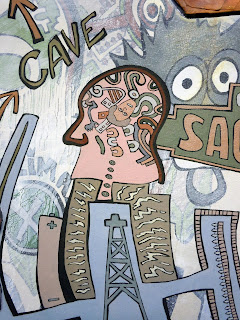 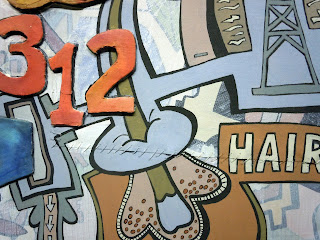 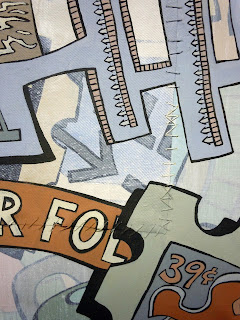 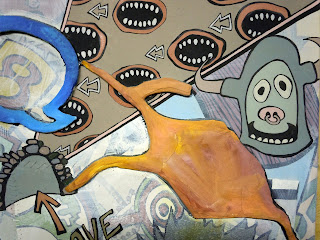 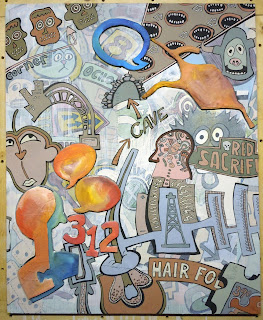 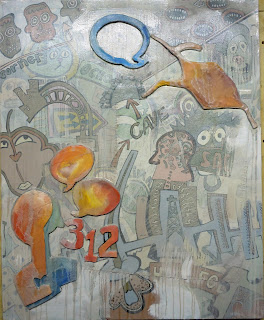 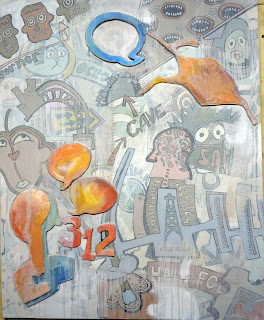 With some brownish-black outlines to accentuate the relief shapes. 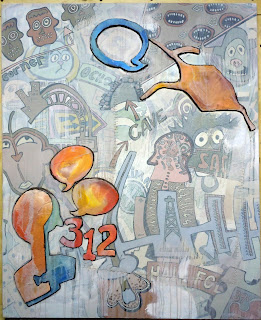 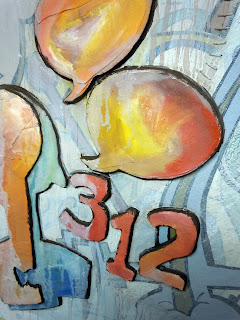 I need to go in and give the relief shapes more attention/paint so they visually pop out.  The warm colors on top of cooler tones was not visually working as well as I had hoped.  Time for something slightly different. 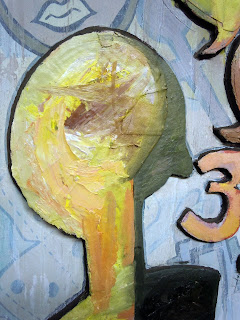 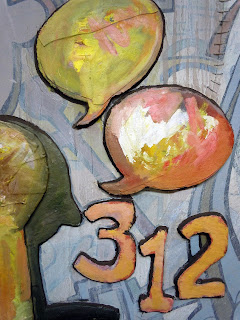 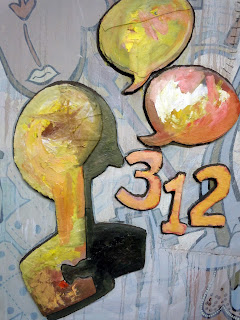 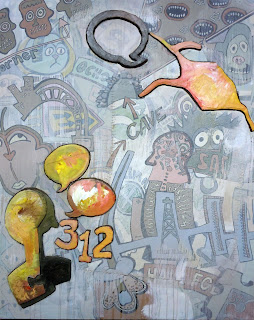 Nugget 1.  In my previous POST about painting Los Reyes, I was doing some color mixing of yellow and cadmium red on a palette.  My brush wasn't nearly as clean as I thought, so I had to get rid of the first brush load of paint because it was contaminated with a brownish-green sludge.  So I grabbed a 'idea starter' canvas that had been lying around for over a year, and smeared all of the contaminated paint on the canvas to get it out of the brush.

The takeaway from all of that exhaustive brush cleaning was that I am way more intrigued about working with whatever this 'idea starter' piece/thing is.  A reasonable person's takeaway lesson probably would have been they need to take better care of their brushes/equipment.  But as a wise man once told me, "Nobody learns their lesson....". 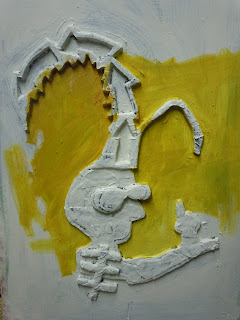 Nugget 2.  I have mentioned a couple times now about the upcoming show In/ConFLUENCE at Quad City Arts.  What I haven't mentioned is that I'm going to be showing with my long-time friend and former mentor, Phil Laber.  He's a force of nature in the studio.  I will give y'all a sneak peek of one of his pieces here. 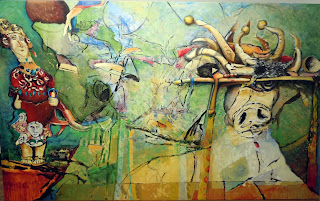 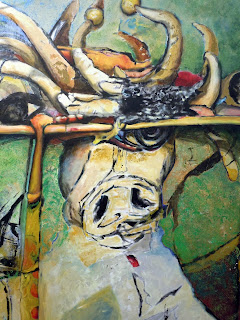 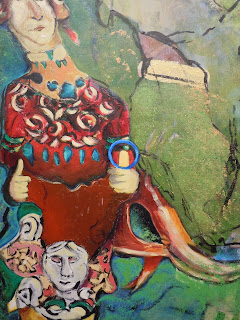 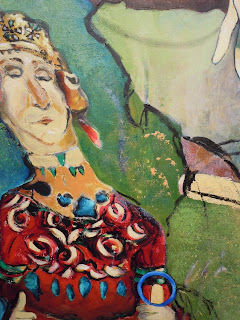 Pretty cool stuff.  Anyway Phil's and my opening is for In/ConFLUENCE is Friday December 8th at Quad City Arts (It's part of GalleryHop!).
Posted by Steve Banks at 9:05 AM