Recently, the Four-Foot Assassin and I had a chance to spend the afternoon out a Terry Rathje's place.  And by 'place' I mean idyllic slice of of Midwestern utopia.  He lives out by the Wapsipinicon River on a patch of land that transitions from corn fields into the wooded areas you'd expect to run along the river's edge.  Rathje's studio lies on the northern boundary of Scott county and my studio is on the southern edge.

I frequently offer Terry the chance to 'get energized' by all the hustle and bustle down by my studio by having the two of us swap studios one Summer.  Scientists don't have equipment calibrated to the level needed to measure how quickly a polite 'No Thanks' comes out of Terry's mouth.  It is fun to compare and contrast our two spaces though.

Terry, who is a veteran sign painter  -in addition to being a college professor, has a healthy re-purposed sign component in his work.  Here are a couple examples of his work that involves signs/license plates.  You can find more examples at: http://www.terryrathje.com/home . 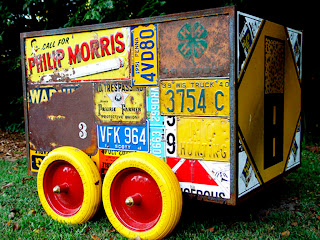 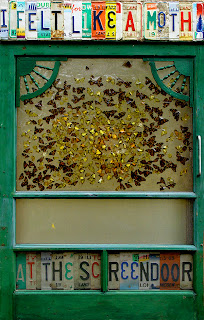 After seeing a couple examples of his work, the outside of his studio should come as no surprise. 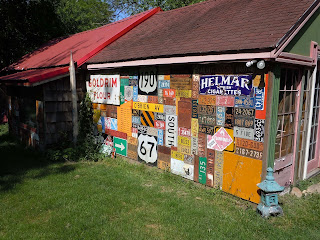 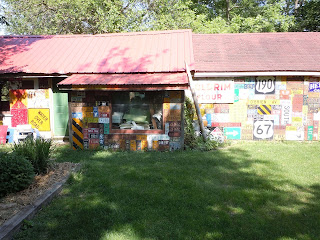 Not only did Terry build his own studio, he's also re-built it after a small fire played havoc with a portion of the building.  Inside is quite a treat as well.  His studio reminds me of an old Renaissance workshop choc-full  of various projects, experiments, musical instruments, tools, books and magazines.  See for yourself! (the first and last images are looking north towards the woods/river). 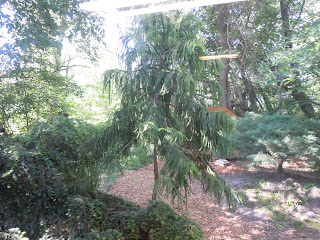 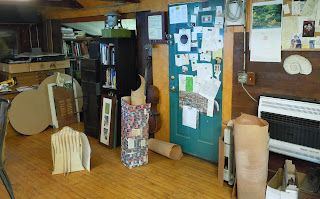 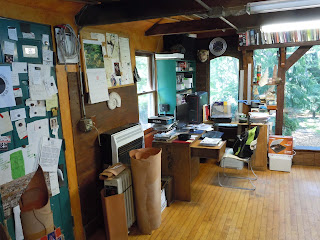 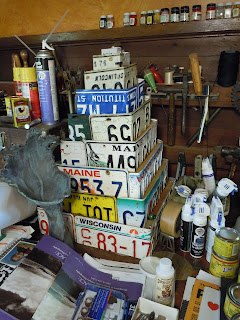 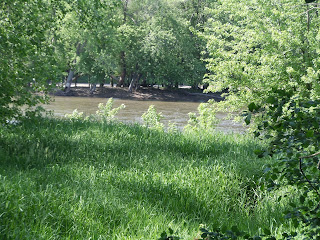 In addition to checking out Terry's website, here is a link to the River Cities' Reader recent 'Best of....' article where I nominated Terry for 'Best Artist': http://www.rcreader.com/news/fall-2011-best-of-the-qcs/1/ .

Many of his projects spill out into the land around his studio, and for at least 8 months out of the year, he works/builds/constructs/paints outside more than he works inside.  These are some completed pieces that now 'live' outside 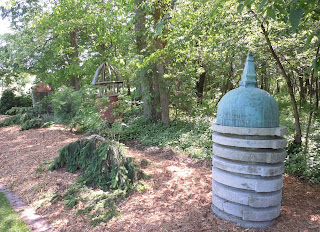 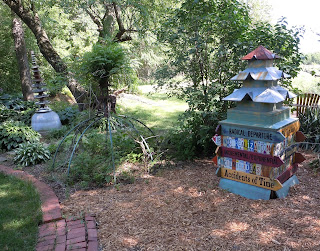 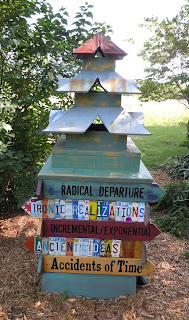 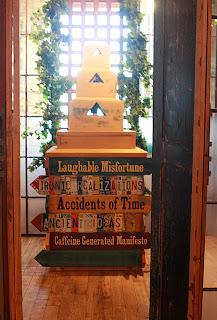 That last image is of Pagoda installed in one of Terry's transportable/re-assemble-able architecture spaces that was in our show 'The Dusty World and The Dewy New Moon' at Bucktown back in 2009.  The show was a full gallery installation that also included video work by Terry Rathje, and Elizabeth Sallak and I, along with a killer musical/sound scape provided by composer/sound-experimenter/thinker/ and laugher of big laughs, William Campbell (who teaches at Saint Ambrose University)

Did I mention the last few summers he has been making one of these?  Another facet of Terry's work is architecture and architectural spaces.  This little diddy has a close to 300 degree view of the area around the studio.  Daily eye-candy.  (also, if you look closely at the impromptu steps, that turquoise cinder block is part of a duct tape sculpture that I made for a show down in Macomb at Western Illinois University.  More on that and its organizer in a future post!) 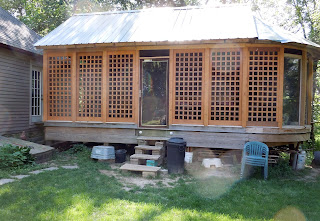 I didn't even bother to get images of his basement which is jam-packed with completed pieces, projects, materials, and I think the washer and dryer are hidden down there as well.

Now for a few shots of the Midwestern wonder that surrounds Terry's studio! 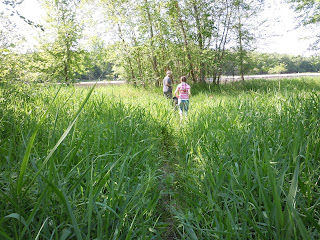 This is the view both up river and down river. 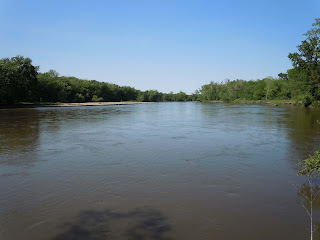 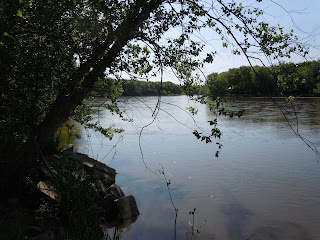 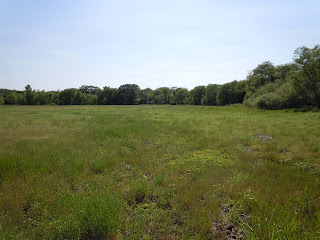 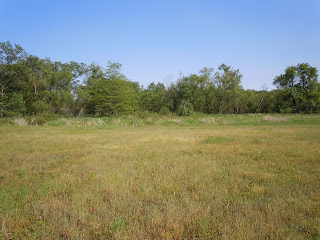 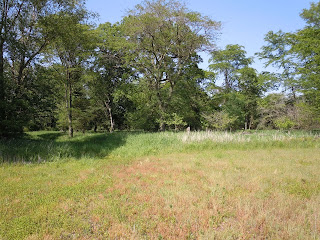 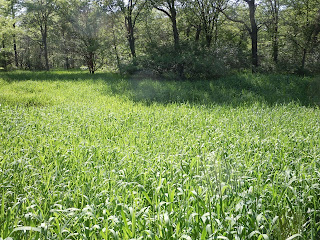 Oh! Did I remember to mention this guy has a rope swing too?!?! 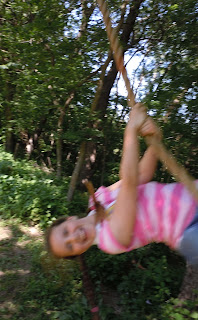 After a fun afternoon of frog hunting (unsuccessful), picnic-ing with sandwiches and ice cream (very successful!), hiking, and chatting, it was time to depart.

Next time we'll visit my studio and the environment around it.  By comparison to Rathje's compound, mine is kind of like a sucker punch to your head.....
Posted by Steve Banks at 7:19 AM