Detail Shots From Works in Impromp-Tu-Tu

This past Friday was Final Friday at Bucktown Center for the Arts, and consequently another reception for Impromp-Tu-Tu.  I had my camera along and shot some detail shots of some of my pieces in the show.  I had every intention of cracking out the camera during the opening and snapping a few images of actual human beings enjoying the show.  After shooting the detail shots, the camera stayed safely in my pocket -unused.  Oooops.

Anyway, it was a nice chance to zoom-in on some passages in my pieces.  Some of them -especially the 8' tall Fandango, are unwieldy in my studio, and I haven't taken any close-ups.  Fandango is oil on canvas and comprised of three image layers. 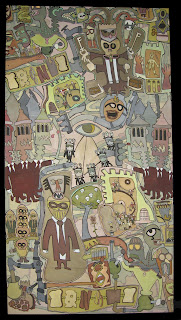 This first image has one of the few glimpses of the undermost layer peeking out. 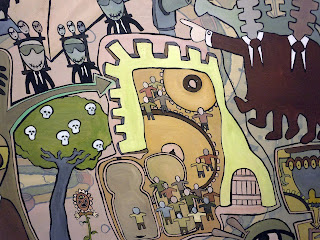 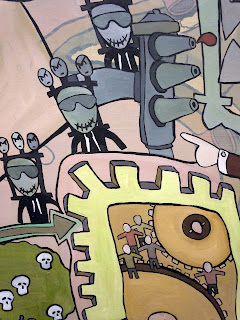 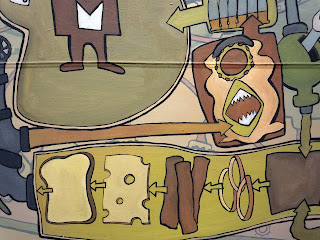 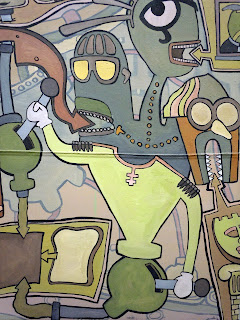 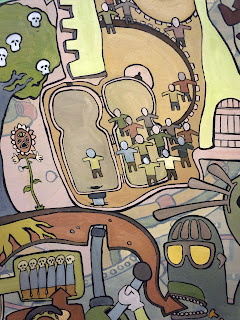 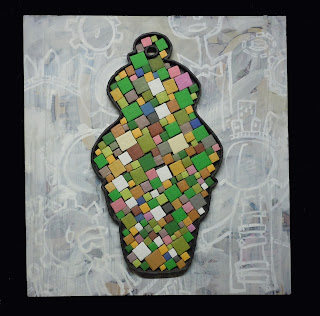 There are two layers of painted images underneath the 'dipped cone'. 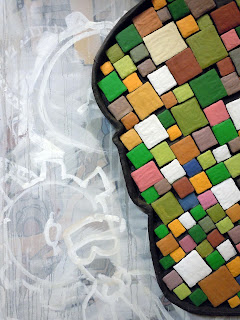 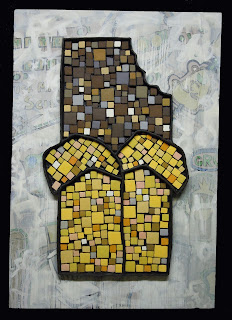 You may notice that the color/dialog squares are different thicknesses based on the cast shadows. 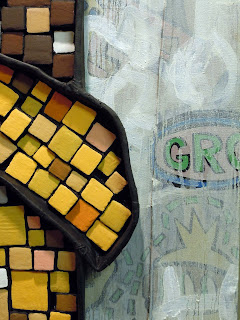 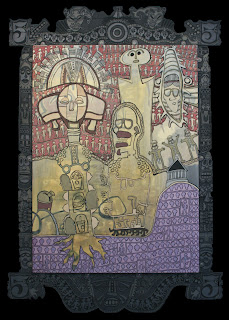 Carnival has two layers of painting/images plus some incised drawings in the base image (the faint white lines). 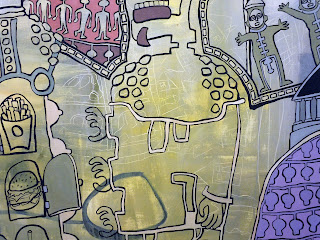 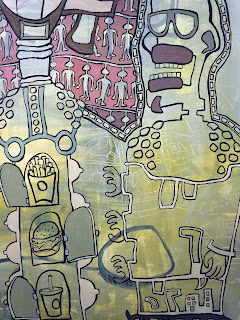 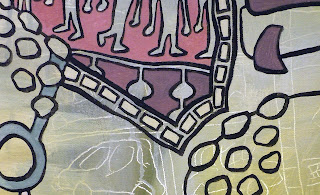 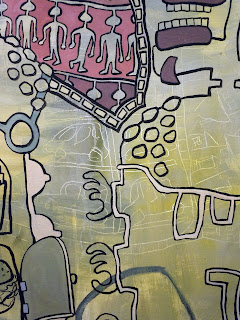 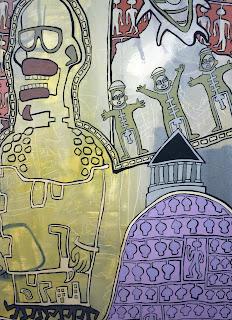 Here is a close-up of the, for lack of a waayyy better term/description, the 'Multi-Feet Motif' which I utilize in both my painted works on canvas and in some of my sculptural works to connote a possible 'Trojan Horse' scenario (i.e. a bunch a warrior dudes/bad things sneaking up in a larger carapace/package/facade/delivery vehicle).

As seen in Carnival: 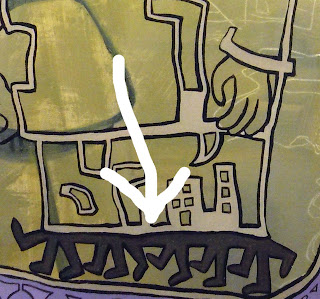 As seen in the sculpture Trojan Horse: 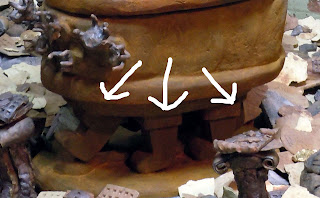 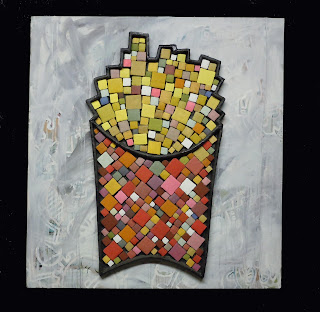 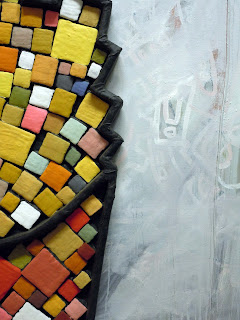 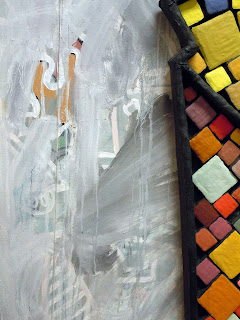 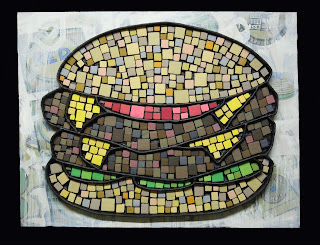 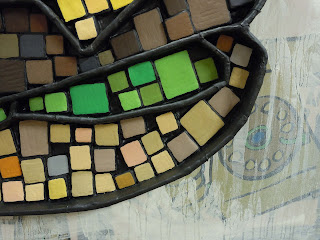 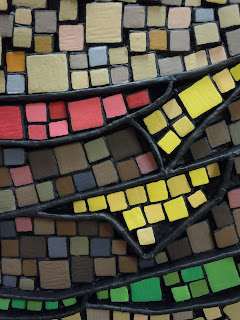 Visitors.  This is another example of an image where you can barely see the base-most layer of imagery.  The original base painting was actually oriented vertically.  Layers two and three were horizontal.  Some day I may dig up some of the sketches for the first couple of images out of old notebooks and post them on PHITR-R. 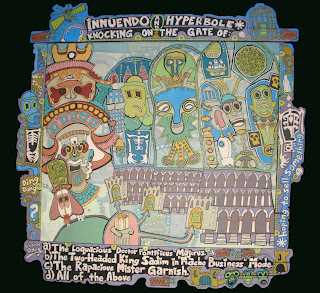 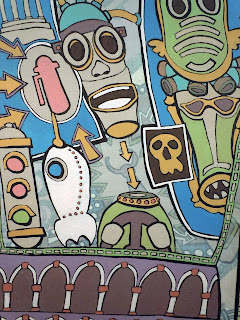 Just a little of the base image pokes out just right of center in this image (very little of the incising done in the base layer can still be seen (at least in a photograph)). 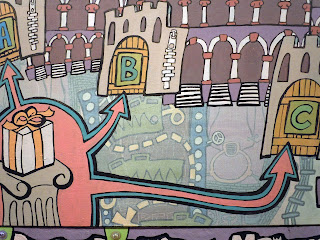 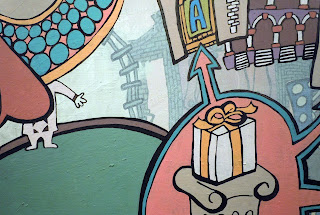