A quicky.  Back in 2005 I carved a piece called Sphinx O Gato? which was part of The Gorilla-Fart Showcase (Partial Resurrection of The Gorilla-Fart Showcase) at Gallery West in Rock Island.  In a not uncommon fashion, after the show came down, Sphinx O Gato? kinda got buried under layers of works in progress and general studio mayhem/detritus.   Within the last year it got called into service as a improvised table top (See Old Friends, An Art Hero, and The Importance of Pickle Buckets) in both my studio and for Heidi Hernandez's cool piece Learning To Draw from Merican-Tastic! this past Summer at Bucktown.

Here's a shot from Merican-Tastic! 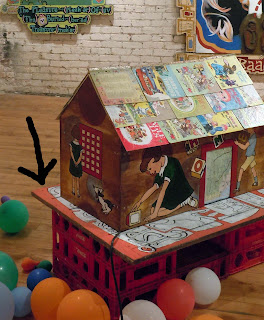 Anyway, extracting Sphinx O Gato? from the clutter prompted an overdue 'slappin-down some color'.  Like this... 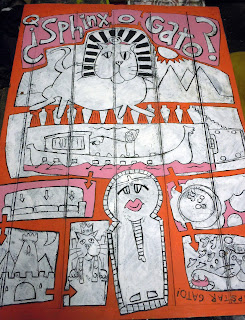 The only way to follow up an obnoxious pink is to add an even more obnoxious green! 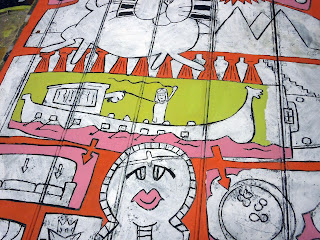 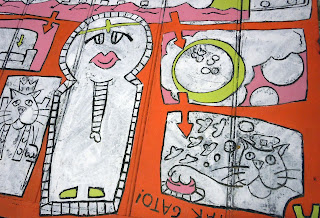 A nice warm cream color to play nicely with the other kids. 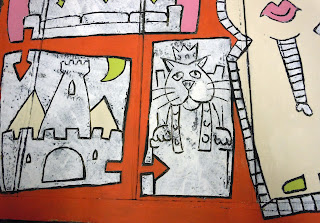 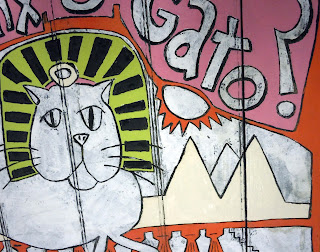 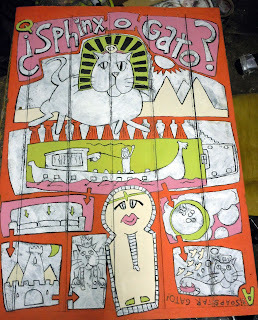 ...and just a shot of dark purple to accent a few areas. 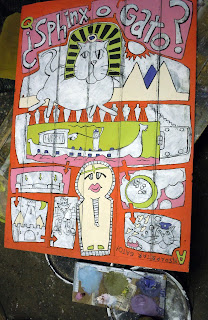 I certainly won't state that this is the final paint Sphinx O Gato? will ever see, but at the rate I am going, it could be 2019 before I proclaim it 'done' versus 'done for now'.