Swan Dive Bomber was a painted construction that was shown in Merican-Tastic! back in July 2012.  I wanted to the frame to take a backseat to the activity on the canvas, so I just painted the frame a dull rust color.  I had mixed feelings about the final results, but had no time to make any modifications since the show went up two weeks earlier than planned.

So, this is how it looked come show time. 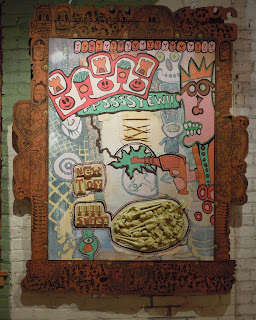 Well, now that I've had a little bit of time to mull over what to do with the frame, it is time to add a some small elements of color.  I still want the frame to be subdued when compared to the canvas, but I would like it to participate more with what is going on visually.

Time to hit the frame with a little white paint. 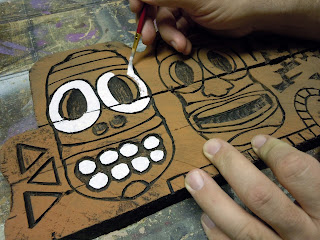 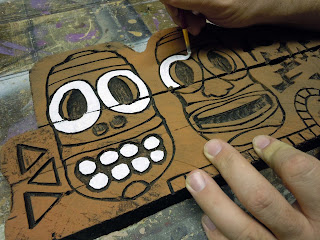 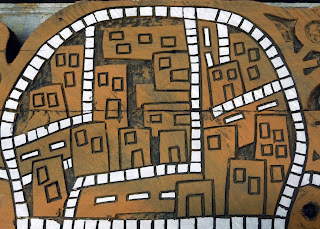 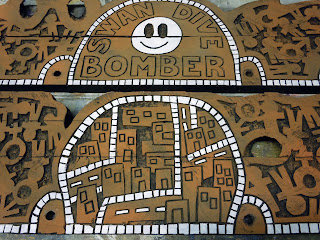 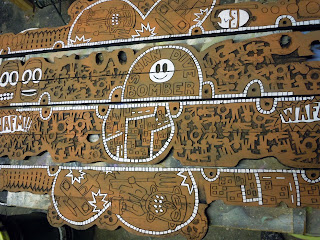 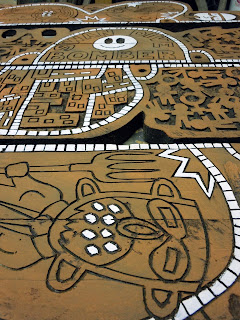 A day or two after I let the white parts dry, it's time to sneak in some green. 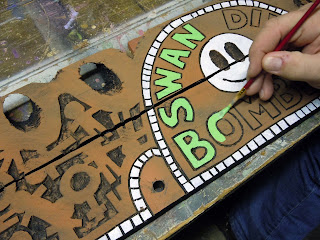 A close up shot since my camera has a zoom feature.... 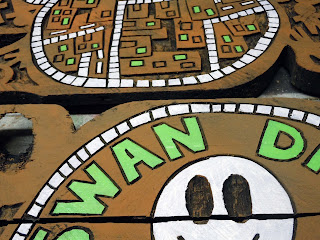 The scuba guy toward the right side of the image is my homage to one of Thomas' drawings (one of the cooks (and an artist) at Boozies (a link to an earlier post)). 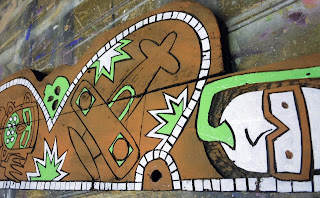 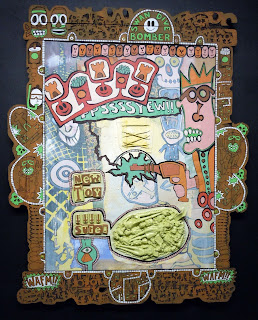 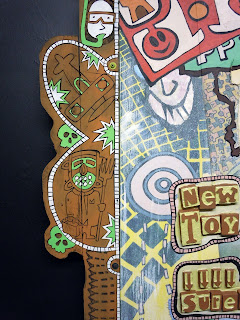 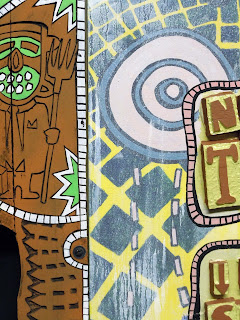 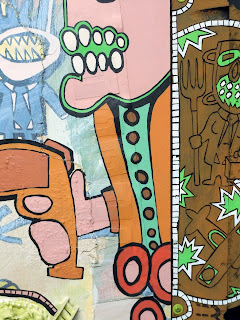 Next time we'll check in on some former students to see what they are up to AND a we celebrate a milestone.