A Walk By The River Part II

What a difference 7 months make.

This past Fall we were in the middle of a drought and I posted several pictures that were taken down along (and in) the Mississippi River to document the change in water level.  Recently, we received some rain.....

Here is a shot I took at the edge of the sea wall looking down at the river. 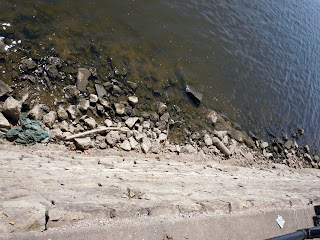 A wide shot of the area late last week. 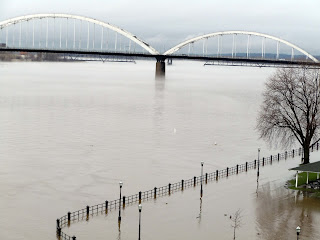 The handy/dandy arrow points to the spot where I was standing when I took the picture. 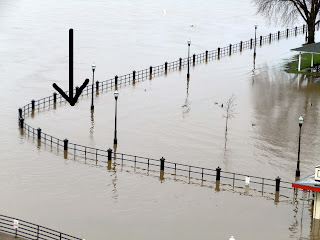 A couple more images each taken about a day apart from each other. 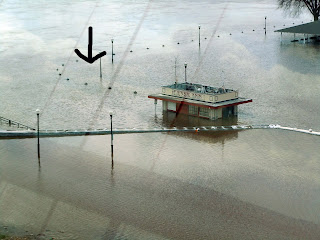 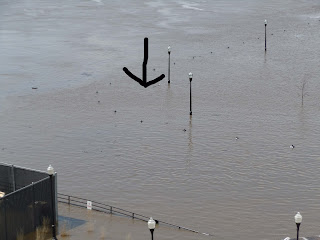 The hot dog stand with various flood levels recorded on it. 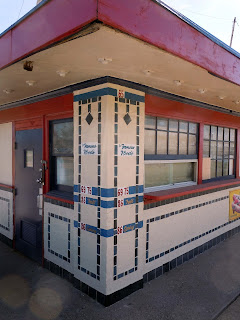 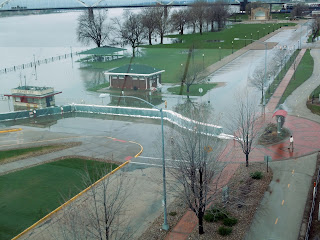 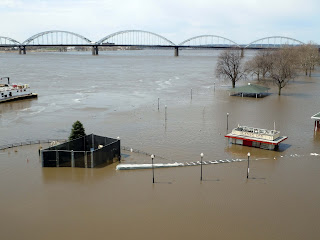 In fact, we've had so much rain, that there was standing water inside the Skybridge which is four stories off the ground. 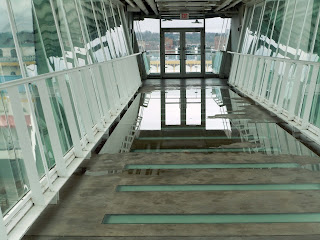 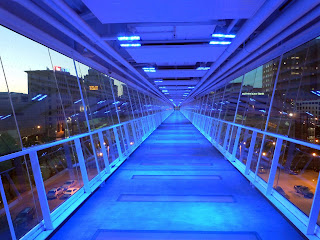 A few more shots from last Fall taken standing in the river bed. 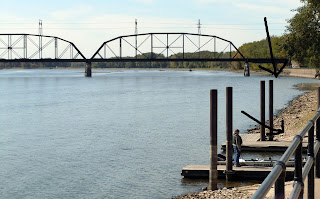 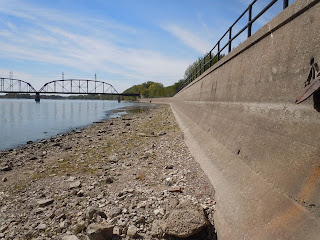 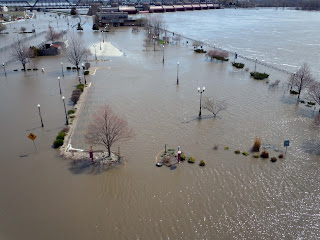 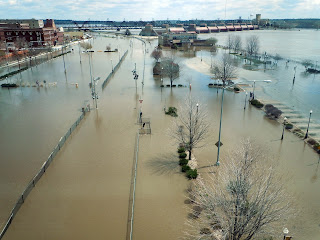 Lock and Damn 15 is a roller dam. Typically the rollers are in the water to affect water levels from 'pool' to 'pool'.  Here are some shots of some of the rollers completely out of the water to just let the river flow by unimpeded.

The roiling river current below the Government Bridge. A death sentence if you were to fall into water. 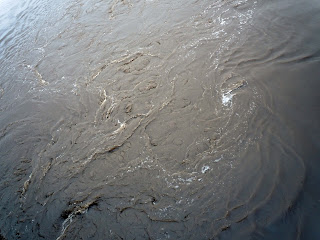 The train tracks as they start to go under..... 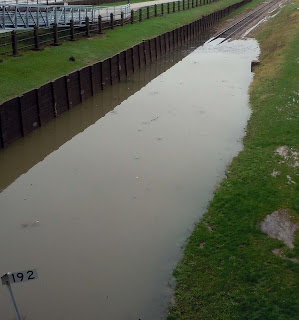 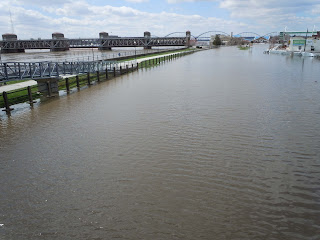 Next to the Government Bridge are a set of steps leading down to the sidewalk along River Drive.

Down on the street level you can see the problem building.  Water is flooding into the storm sewers so fast, that it is actually coming out around the manhole covers and flowing down the street to a lower sewer grate.  Not a good sign. 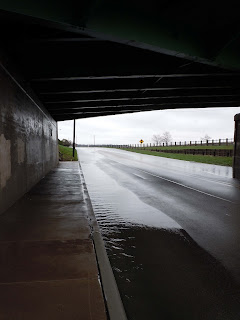 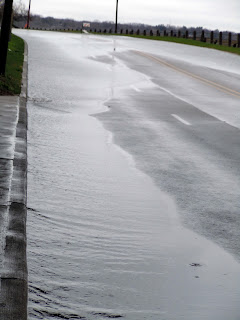 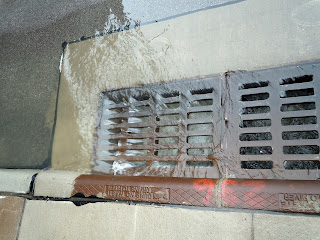 A day later, this is the view down the steps.  The sewer grate and the railroad tracks have long been submerged. 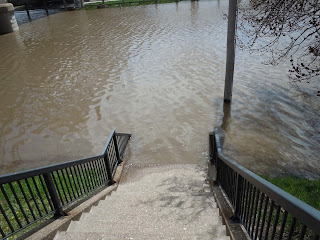 A quick shot of an ambulance trapped in a parking lot.  The ambulance actually belongs to an amazing artist whom I just recently met.  Hopefully I can share some of his images with you in a future post.  They are well worth this 'pedestrian teaser' I just gave.  I mean really, the guy drives an ambulance, you know it's gonna be cool.... 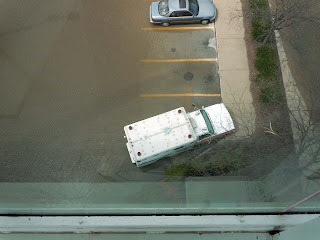 All of this may seem like a colossal nuisance, -which it is, but on nice Summer nights, the river front is pretty amazing.

Next time, we are going full throttle on pieces for 'Dutiful Citizen'.