With just about 1 week left until Dutiful Citizen opens, I have to finish the 're-paint job' in order to get Transaction finished in time.

I've made a really dark green/brown that I am going to use sparingly on the frame and the piece itself.  One of the mistakes I made the first time I painted this piece and its frame was to paint them separately and not within any kind of proximity of each other.  I didn't realize until I united them for the first time how discordant they were with each other.  Fizzle........mucho sadness........ 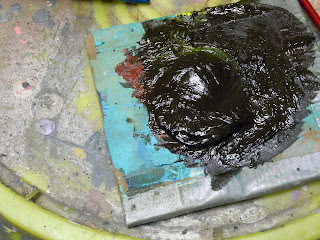 So that dark green is going to be on the bottom part of the frame, and the undersides of the relief elements on the main canvas. 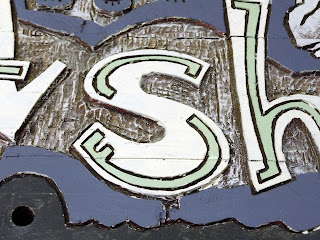 Here you can see the first swath of paint being applied. 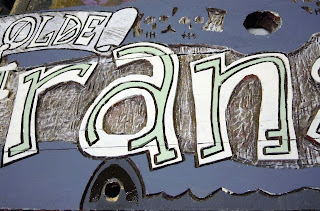 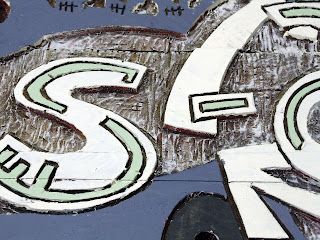 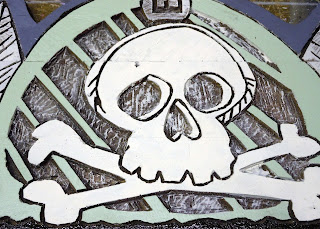 Laying down the first of the three colors going on the pirate skull and the carved wood skull glyphs. 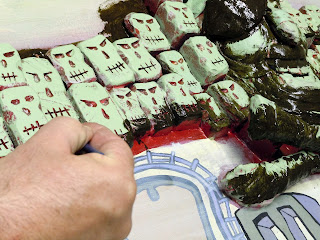 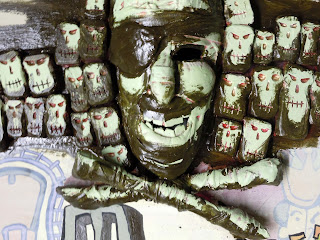 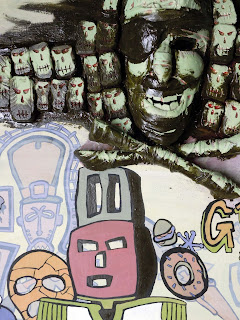 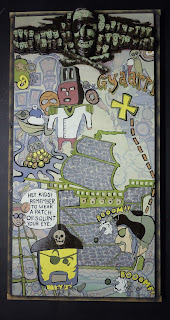 Taking that same dark green/brown color and applying to a few others areas for visual balance. 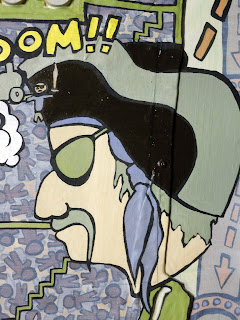 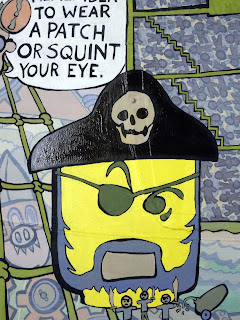 A pirate head taken from a toy.

The next color to get added is a raw sienna/yellow ochre variant.  It actually accentuates the white parts of the frame better than the flat gray color that was there before. 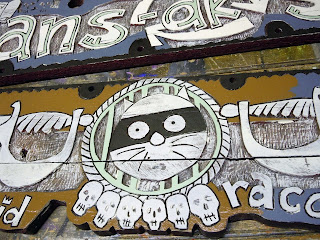 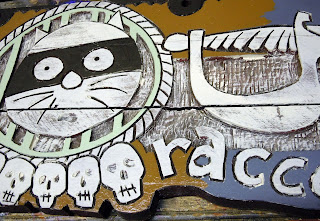 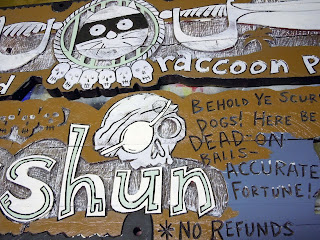 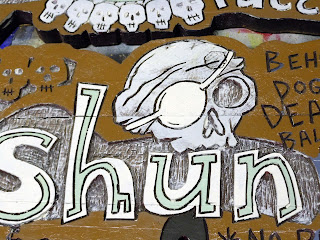 I may leave this really pale green color on the frames -I haven't decided its fate yet. 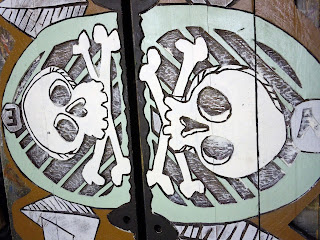 Close up of the skulls as 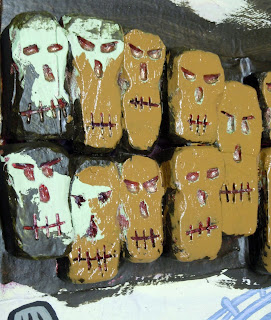 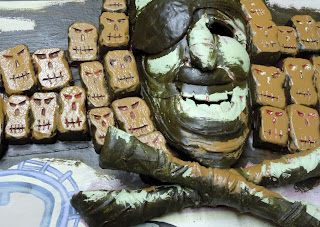 Here are a couple more shots of the carved skull glyphs and such. 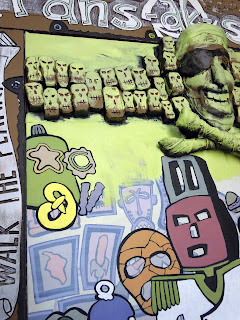 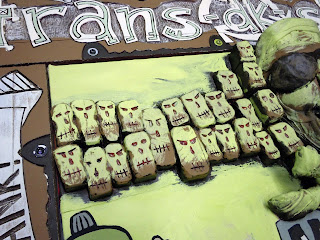 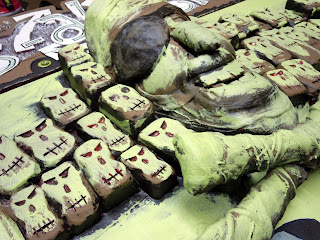 Instead of going out with 'A Bang', let's sign off with some 'Boom Boom' instead. 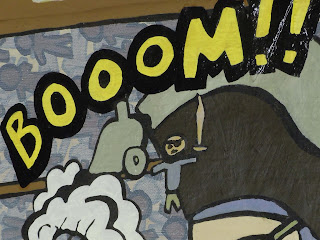 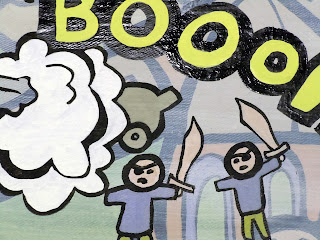