So we had a working saw and a plan of attack which involved using water-based green stain on our freshly cut boards.  Time to implement the plan....

First order of business was to put the 4-foot assassin on the case remove staples and labels.  Nicely done. 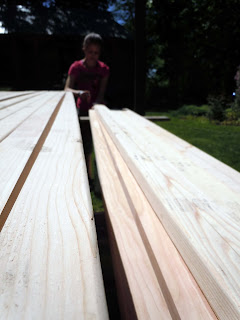 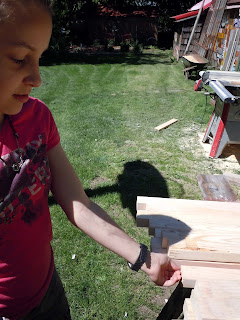 Then it was time to stain the pile.... 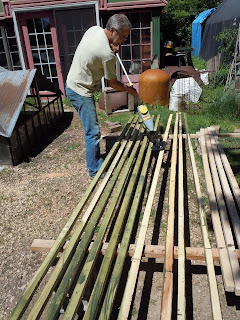 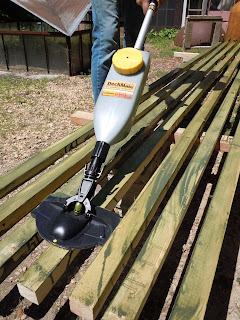 Making progress but twilight and the mosquitos were closing in on the project. 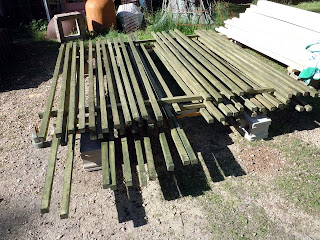 As the sun went down, our pile was not nearly as robusto as we had hoped. 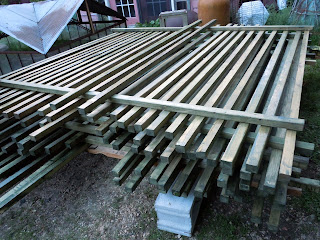 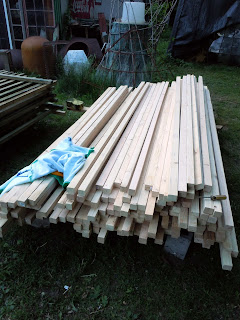 By the end of the day, we still had a huge pile of lumber to stain and an extremely limited time in which to accomplish the task.

That being said, there's always time to enjoy the Ratman's rope swing. 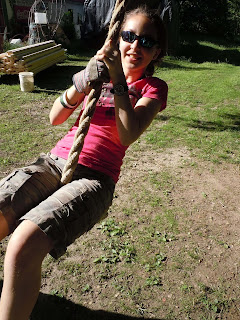 Next time, we launch an all-out art assault!.....and mother nature launches a counter-assault.
Posted by Steve Banks at 7:13 PM