Transporting artwork is a challenge all by itself.  When you throw in an all-day downpour, it truly becomes a near-Herculean Task. 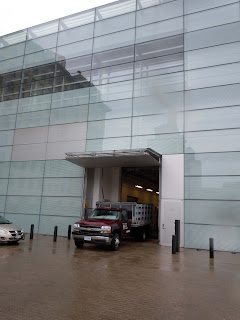 Did I mention that it was raining? 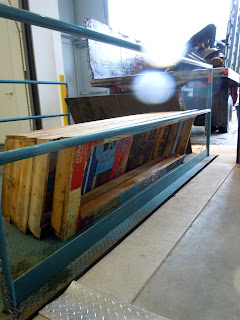 This is the first load of artwork being dropped off at The Figge Art Museum for Questionable Architecture.  The museum has a pretty nice set up including a hydraulic lift to help with unloading.  Check out the museum here!

Did I mention it was raining? 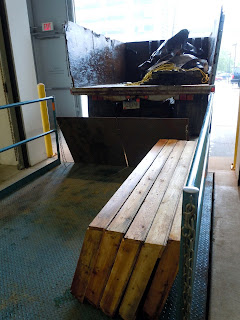 In fact, it was raining so hard that even with a tarp over the sections of 'Portable Museum', it still got soaked.  I drew in a white arrow to point at the small river of water pouring out of the piece when Terry lifted it up out of the truck. 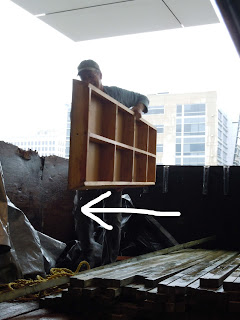 Even though Terry had to hand dry every single panel of his piece Personal Portable Museum Hut, he still has an optimistic smile.  (Yeah, I don't get it either....). 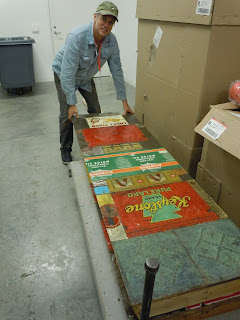 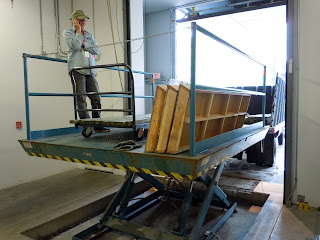 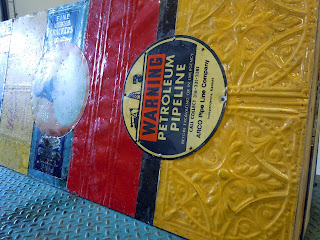 All of our nice, cut lumber is now soaked.  Did I mention it was raining? 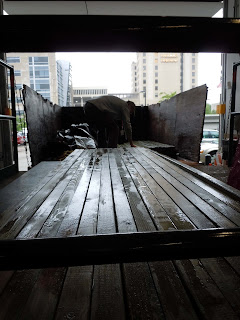 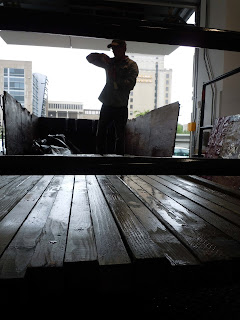 One of many trips up and down in the elevator. 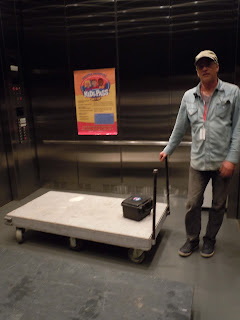 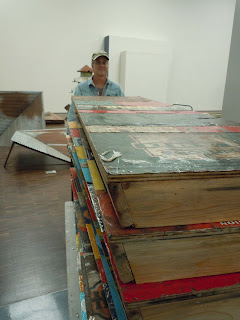 A shot of the 4th floor exhibition space just as we are starting to load in the show. 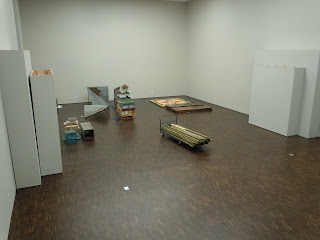 The next day, Terry enlisted some reinforcements! 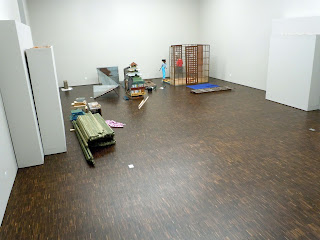 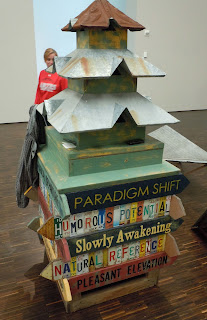 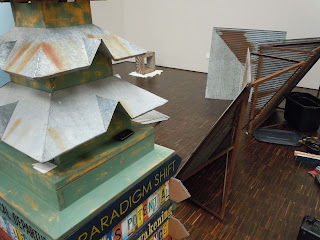 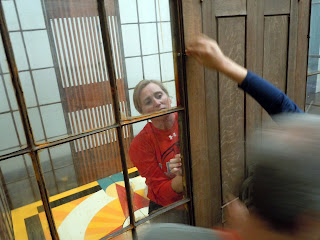 3 generations of Rathjes installing the panels for Inspiration House. 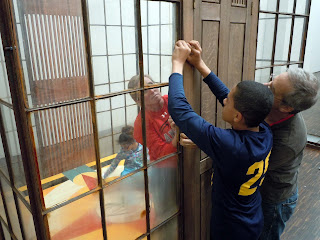 Inspiration House before we installed the...... 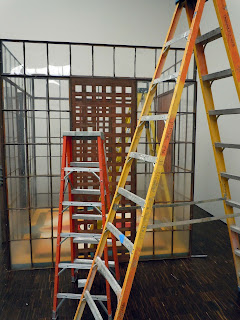 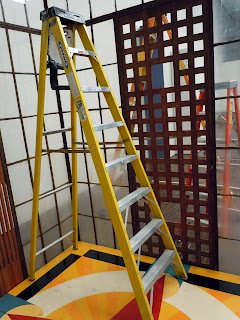 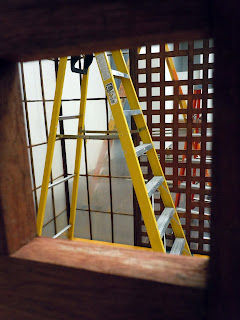 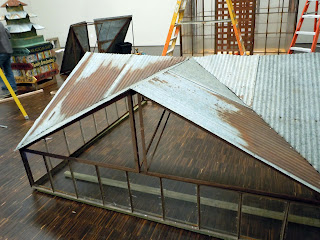 The fun part about banging a hammer on angle iron inside a confined metal space is the percussive snap and nifty ringing-in-the-ears sensation you get.

*Note: the younger (possibly wiser) daughter is outside watching the sonic mayhem... 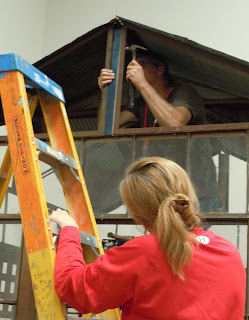 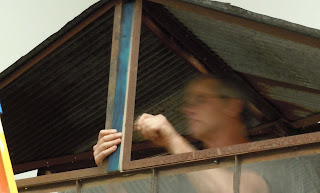 But, ya gotta admit, the view is pretty nice from the top. 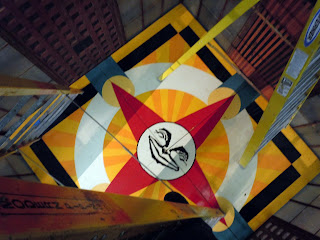 A big 'Thanks' to Sarah, Cole, and Grace for their super-duper-ruper help in setting up Inspiration House.  Terry couldn't have made his ears ring without you.

Next time we tackle the green wood.....