Once we delivered all our materials to the museum, it was time to start cutting down some boards to various lengths (other than 8' long), stain the freshly cut ends, and begin construction. 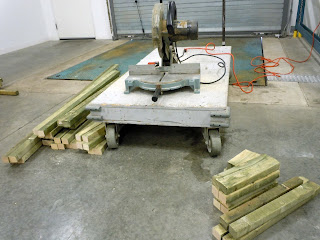 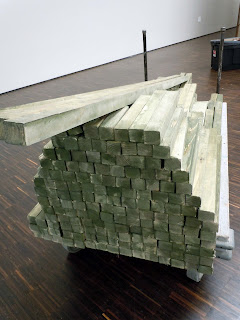 The bases/basis for the Collaborative piece Terry and I were making all started with a tripod/'K' formation of boards.  Like this.... 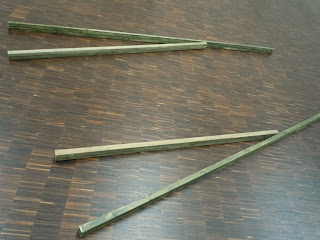 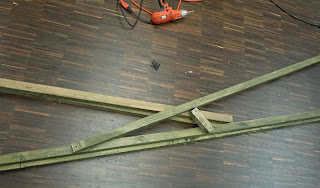 I had just begun to make tripods when Terry, Monica, and Vinicius Lima showed up with the final piece 'Lagrima'.  It is made from the same foam material used to make the tunnel piece 'Ophidean'.

As quickly as possible, we tried to get it all loaded into the elevator. 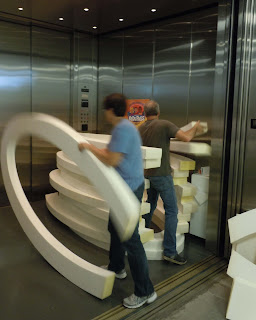 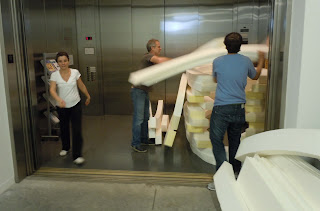 Once the elevator arrived on the fourth floor, its foam contents were disgorged all over the floor. 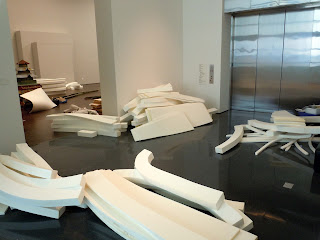 Laying out the foundation.... 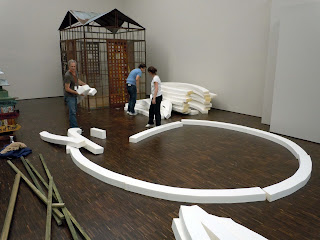 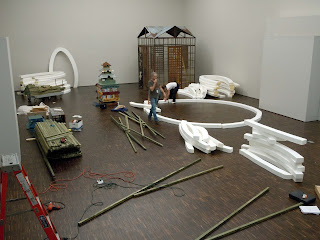 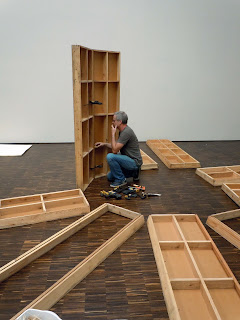 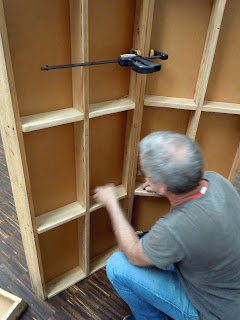 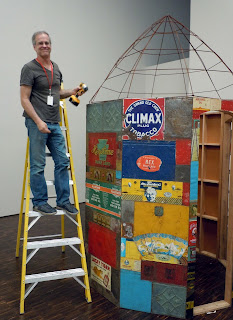 Between the cut wood for 'Vestibule' and the foam for both 'Ophidean' and 'Lagrima', space became limited forcing us to move piles of materials from one location to another and then back again.  Technical term: Schlepping. 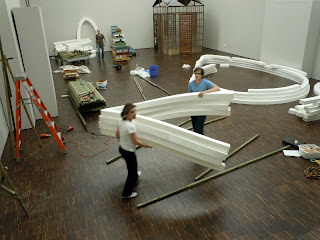 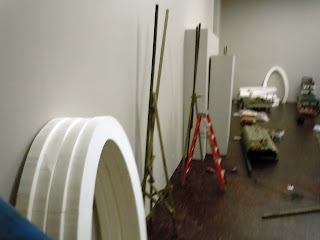 Getting ready to build 'Lagrima'. 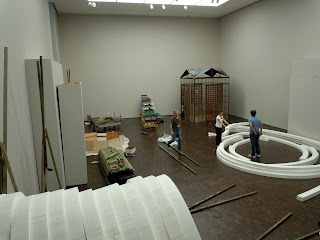 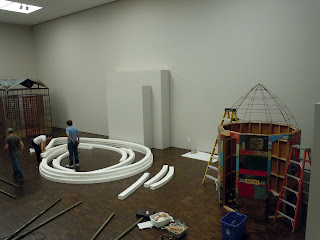 We ended the day with only a few more pieces completely assembled, and piles of foam and wood everywhere.  A lot of work needed to be done in the next 72 hours.
Posted by Steve Banks at 1:42 PM