Constellation Gets a Carved Frame

Constellation has not made the cut for my last two shows.  The canvas still needs a little bit of painting to be 'complete', but the primary barrier to completion has been the lack of a carved frame -or more to the point, an idea and drawings that resonated with me enough to be willing to burn through hours of my life carving them into wood.

First thing to do is to finish painting the canvas portion of the piece.  Some of the colors used on the canvas will find their way to the frame.  That repetition helps to unify the two elements. 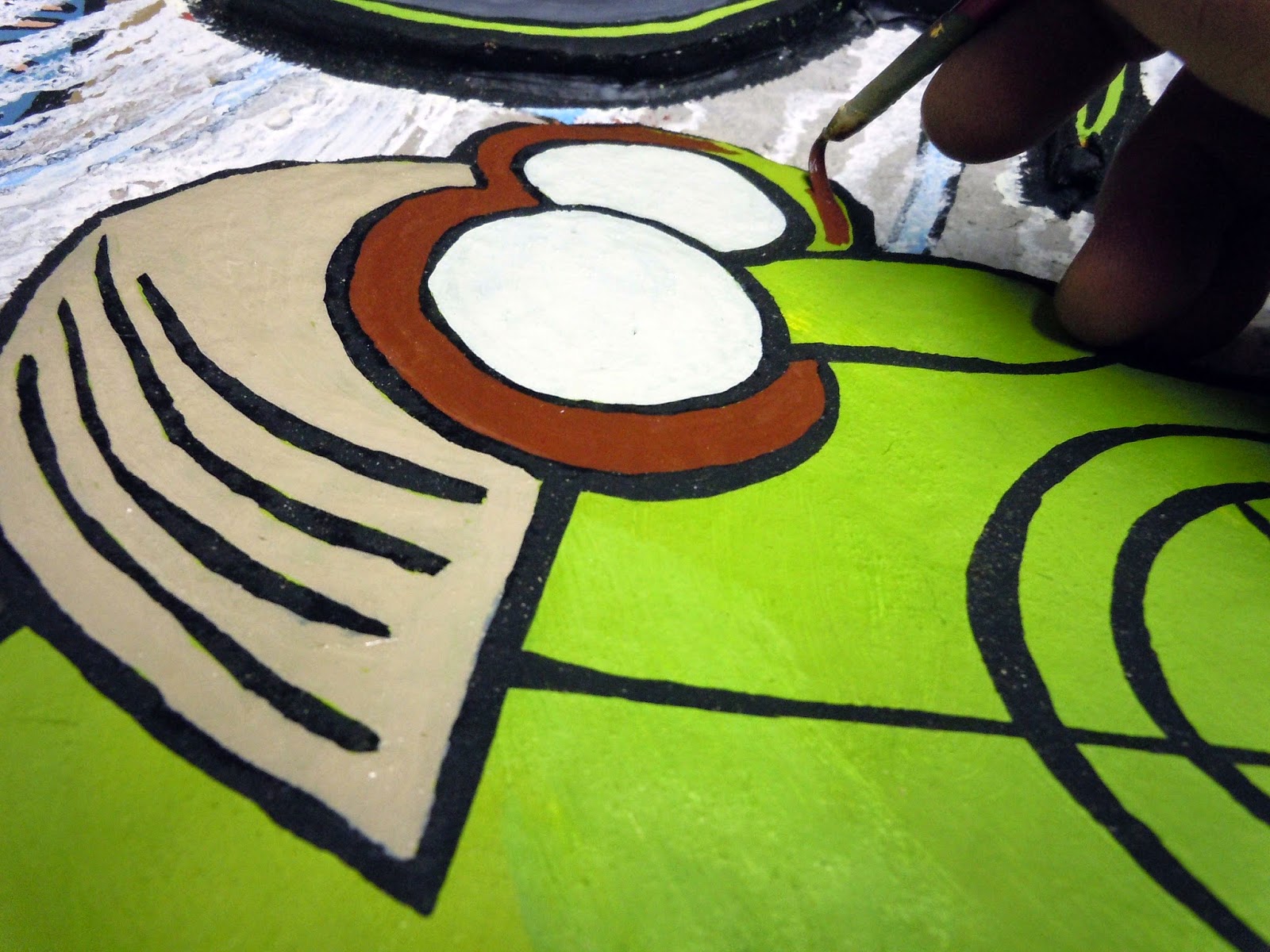 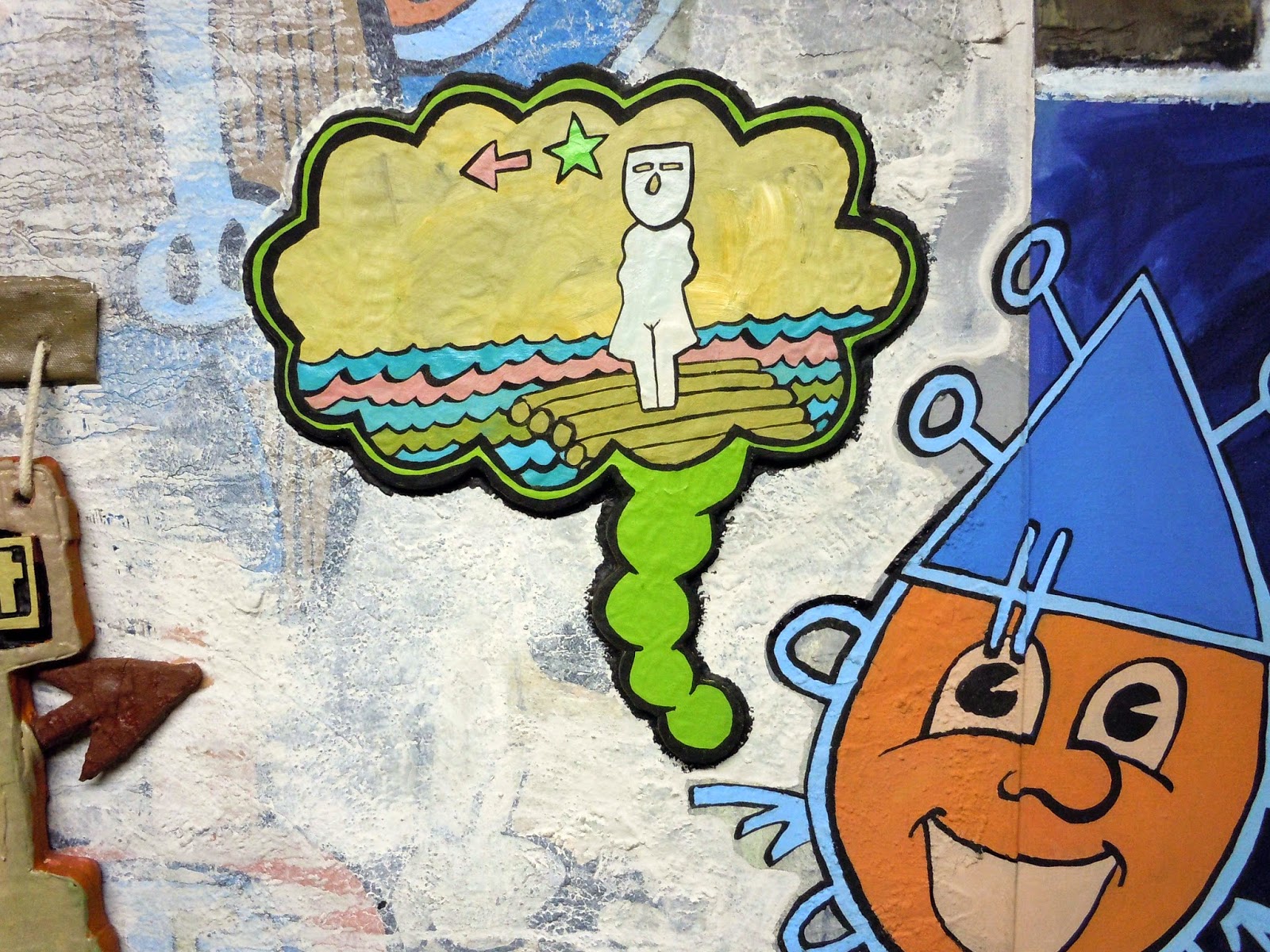 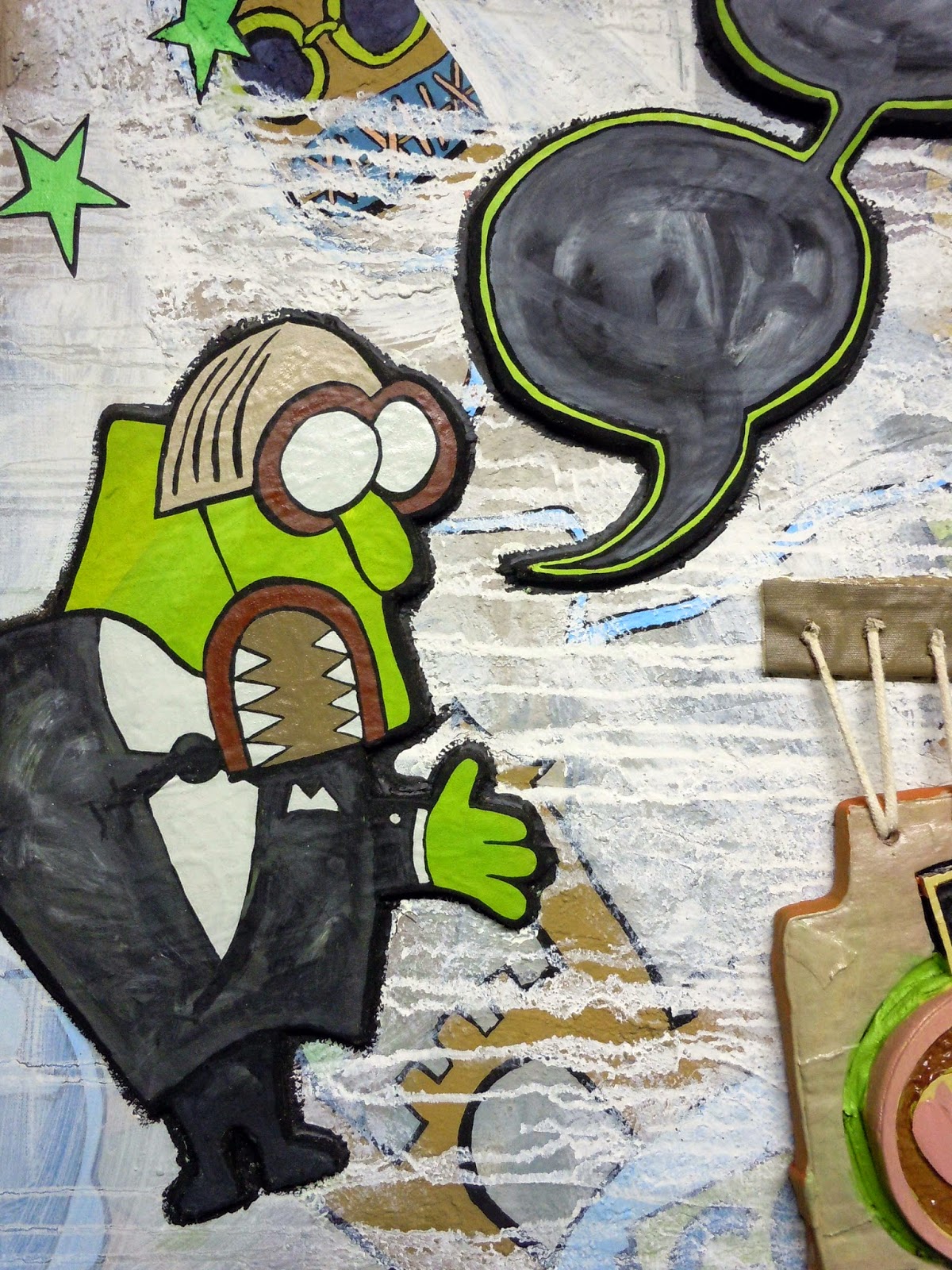 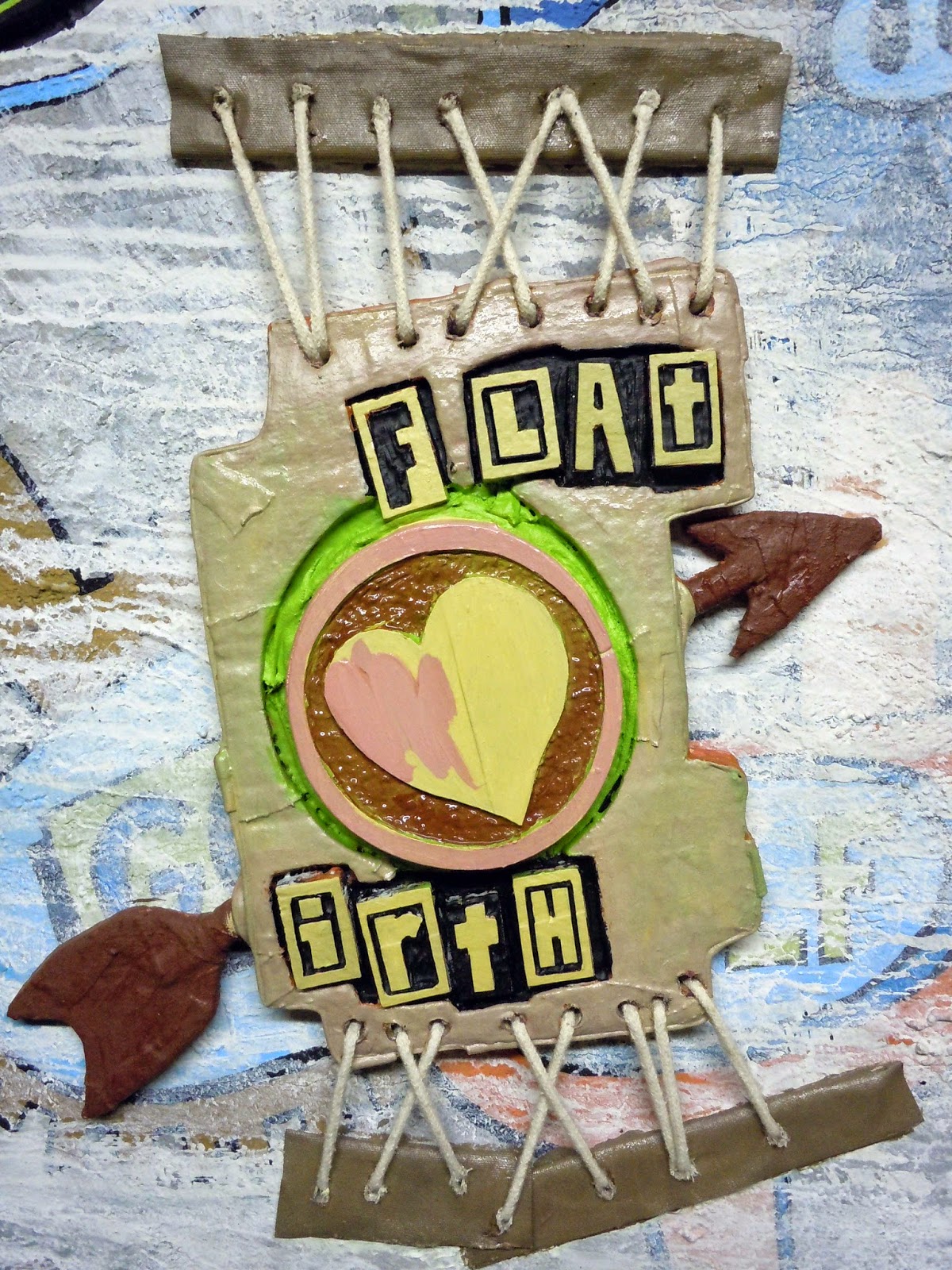 Here's what the piece looks like without the frame attached. 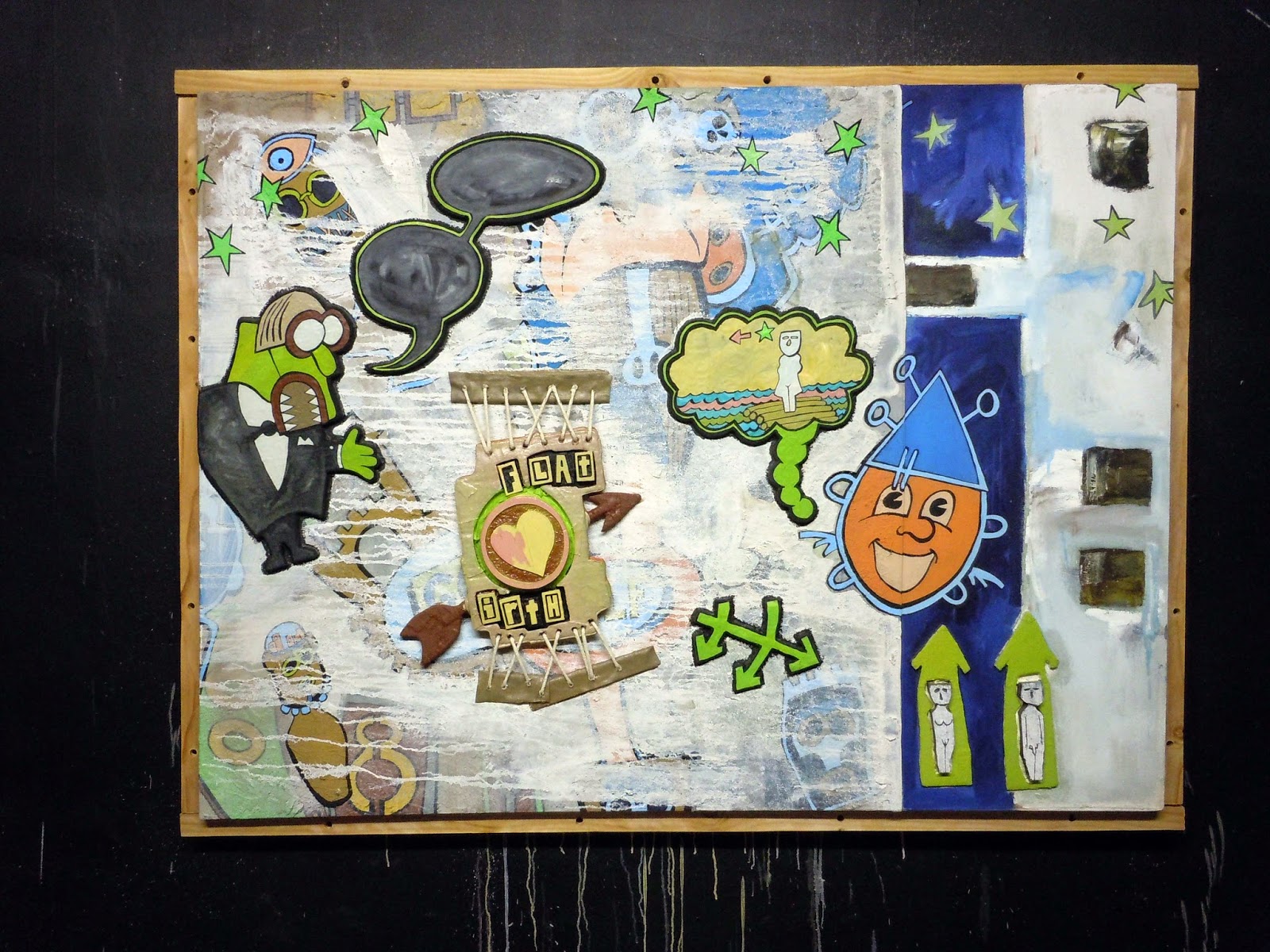 The time hath come to tackle the frame. 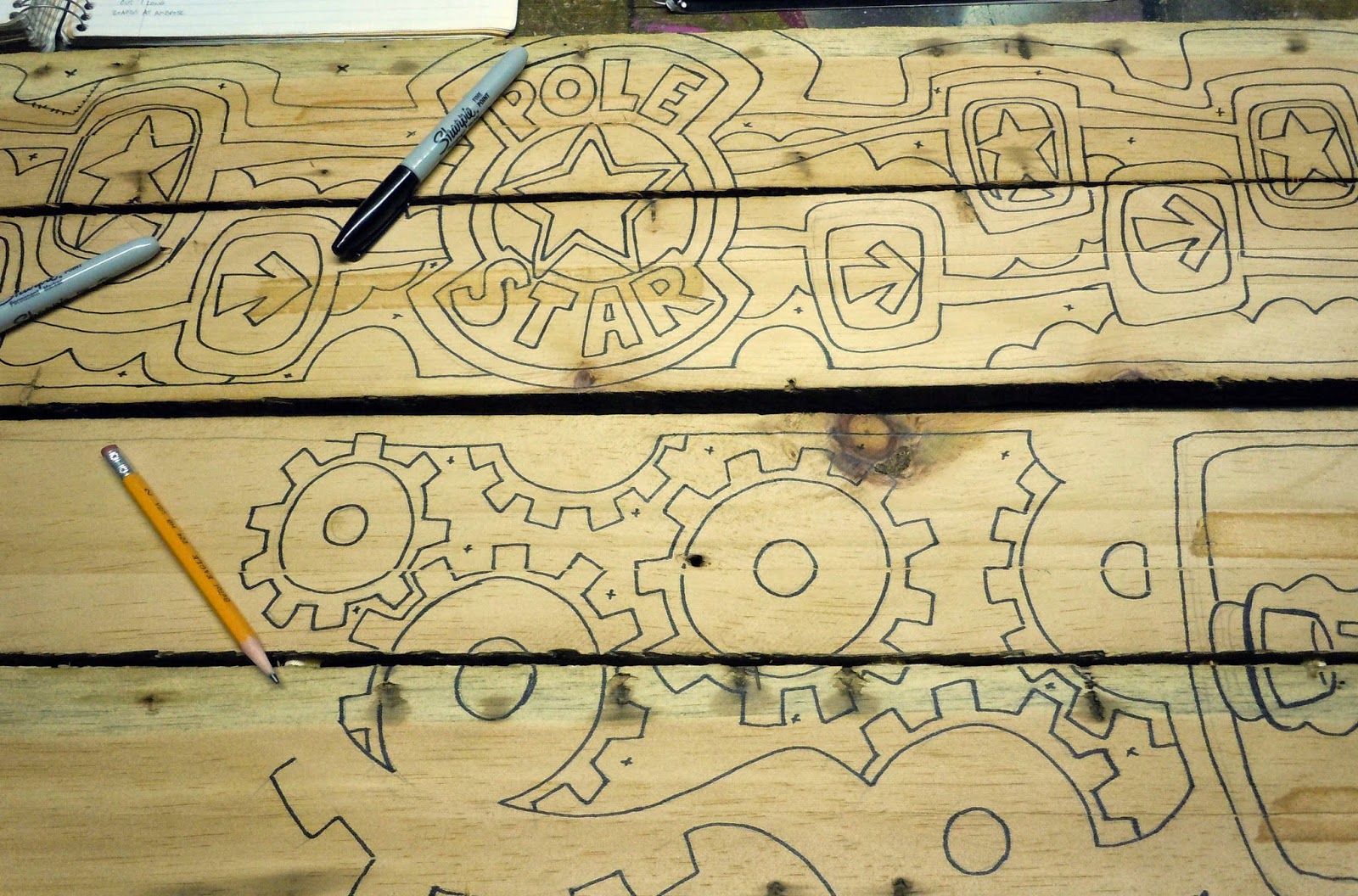 Building the side frame panels.  I attach the two pieces of 1'X4" using dowel rods and wood glue. 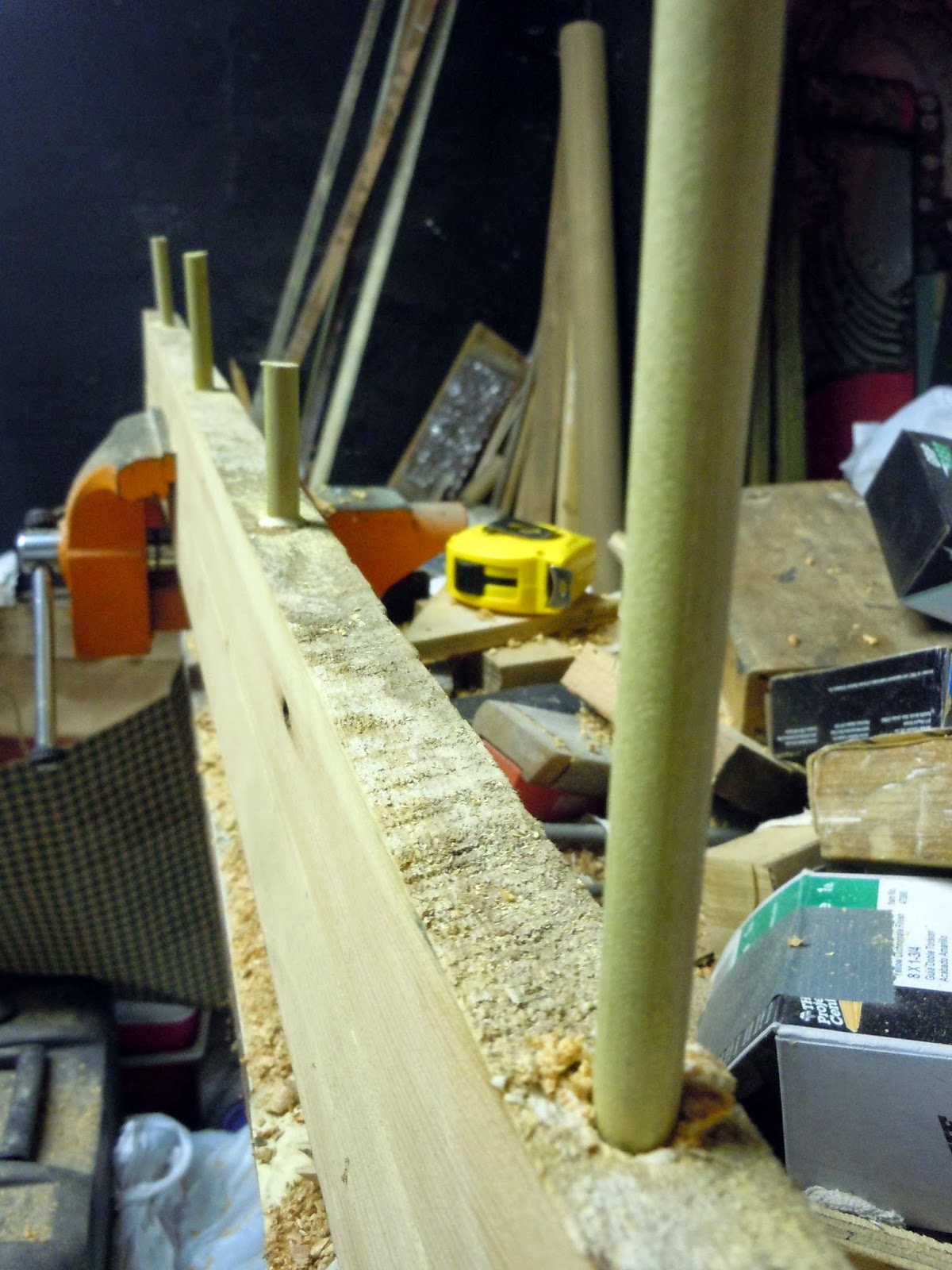 Transferring the drawings from sketchbook to frame and then using magic marker to make the lines legible. 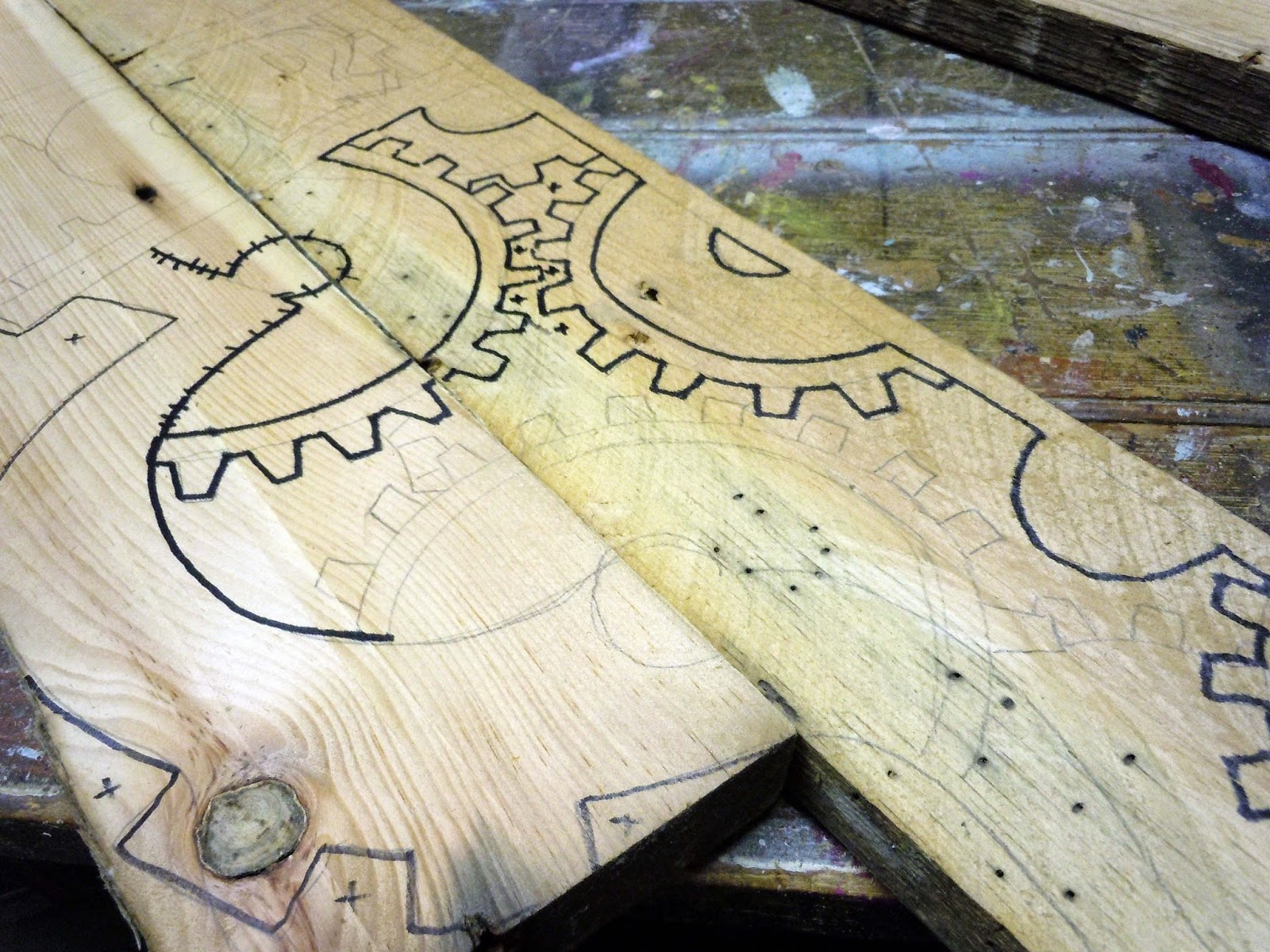 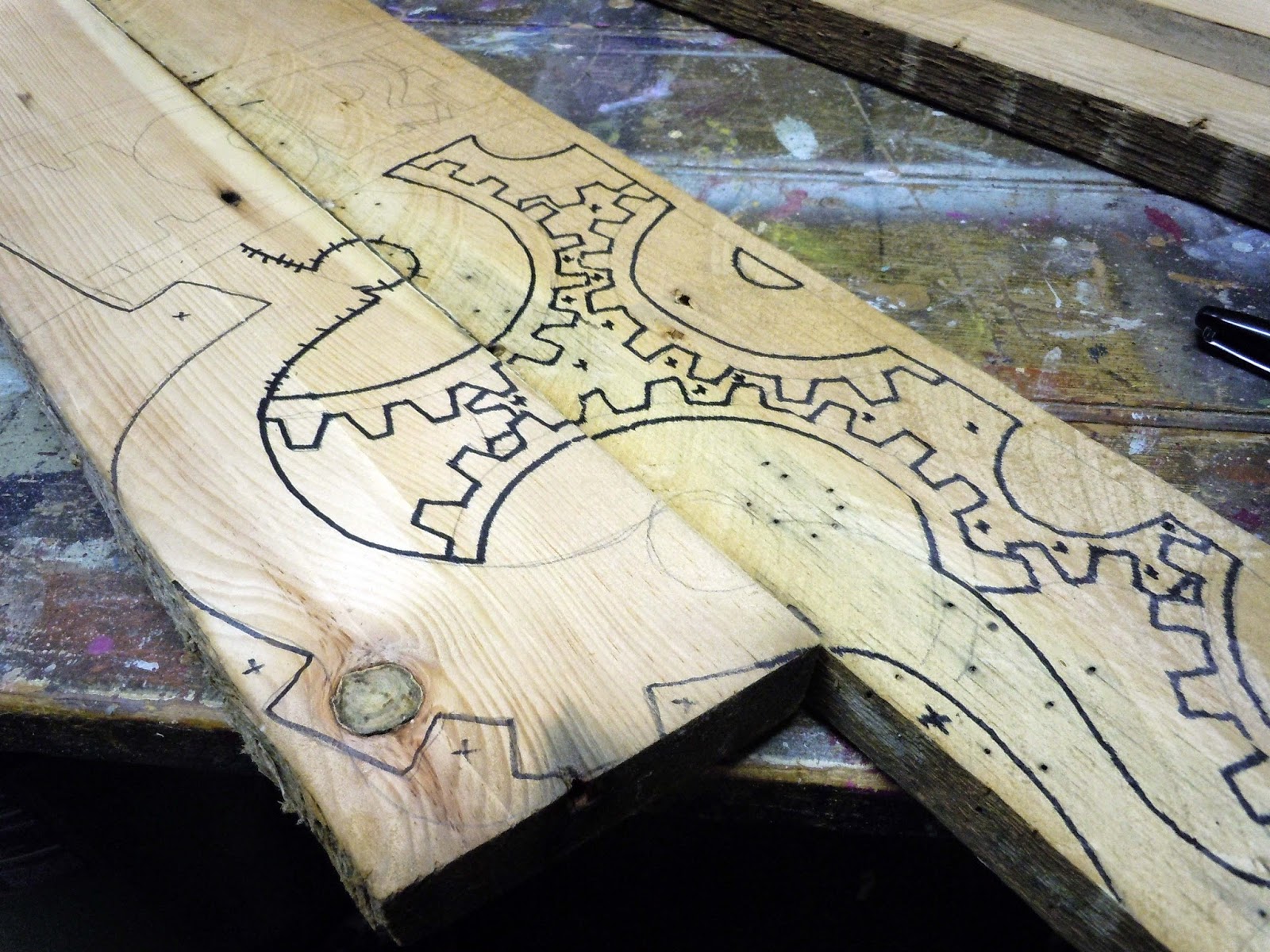 Time to unleash the Dremel Tool.... 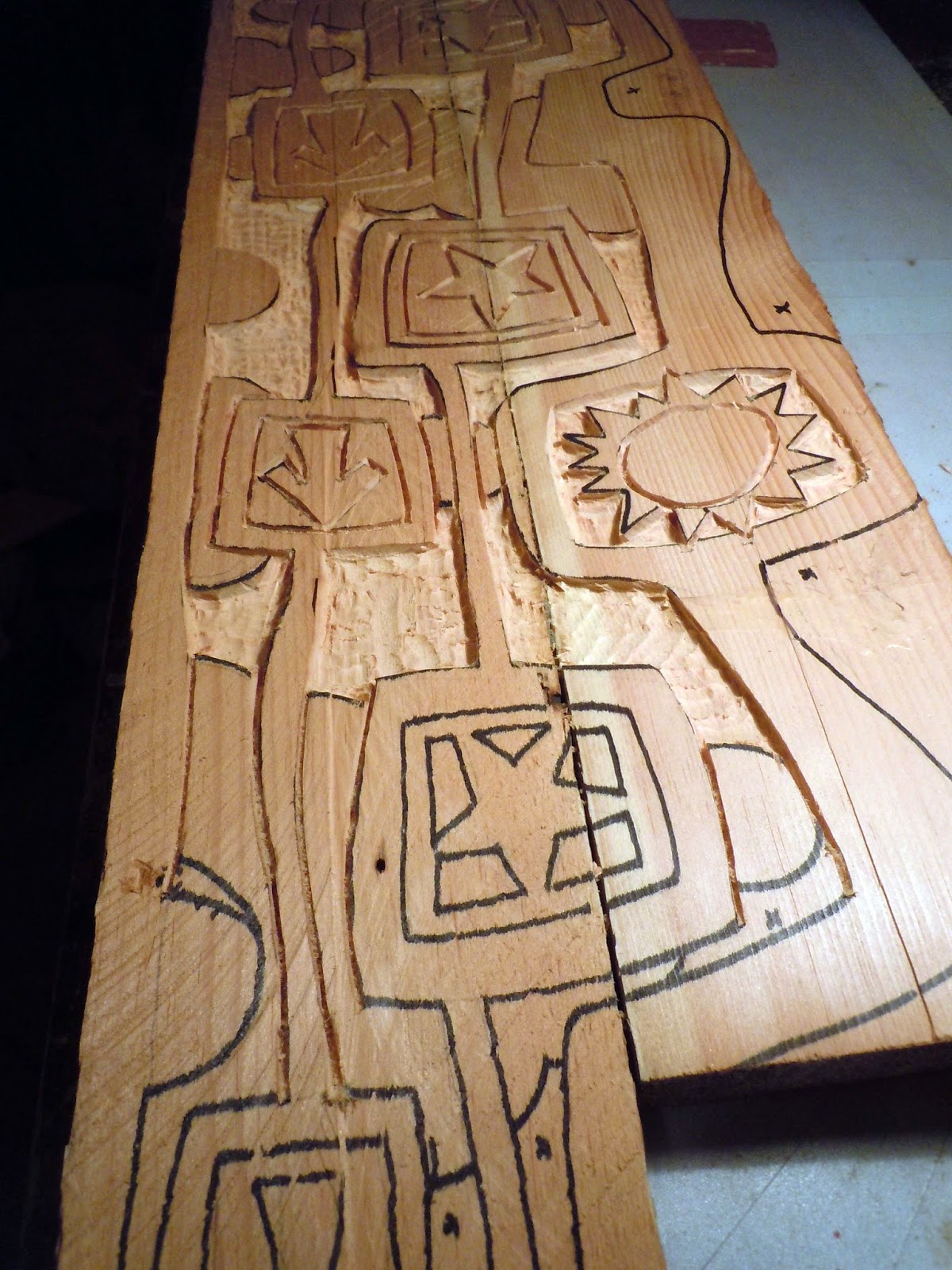 I frequently underestimate how long it takes to actually paint the frames (and by frequently I mean, consistently).  I thought this would take me a long day to paint  -it took three instead. 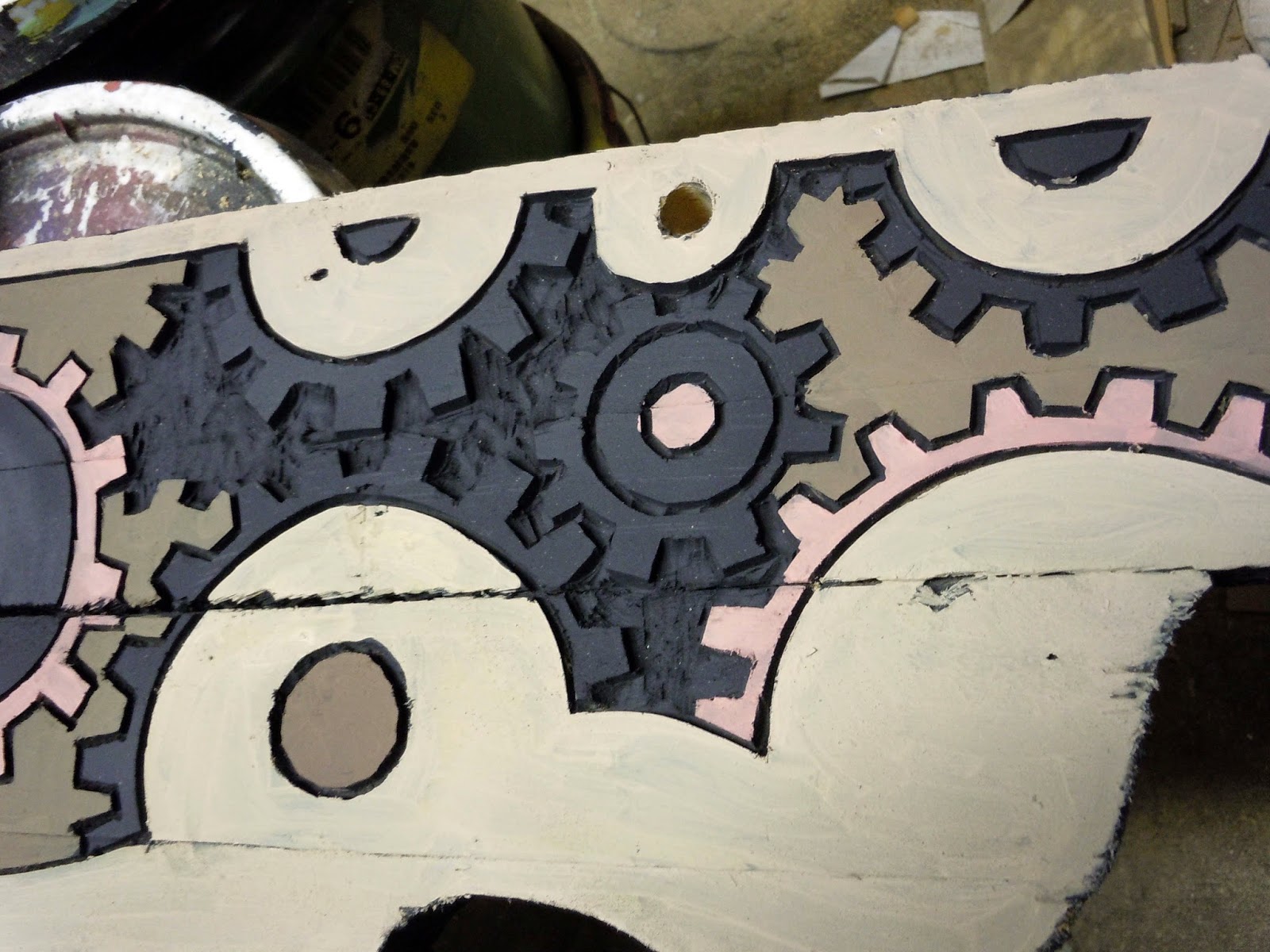 Adding blue which will figure more prominently in the top 2/3 of the frame than the bottom portion. 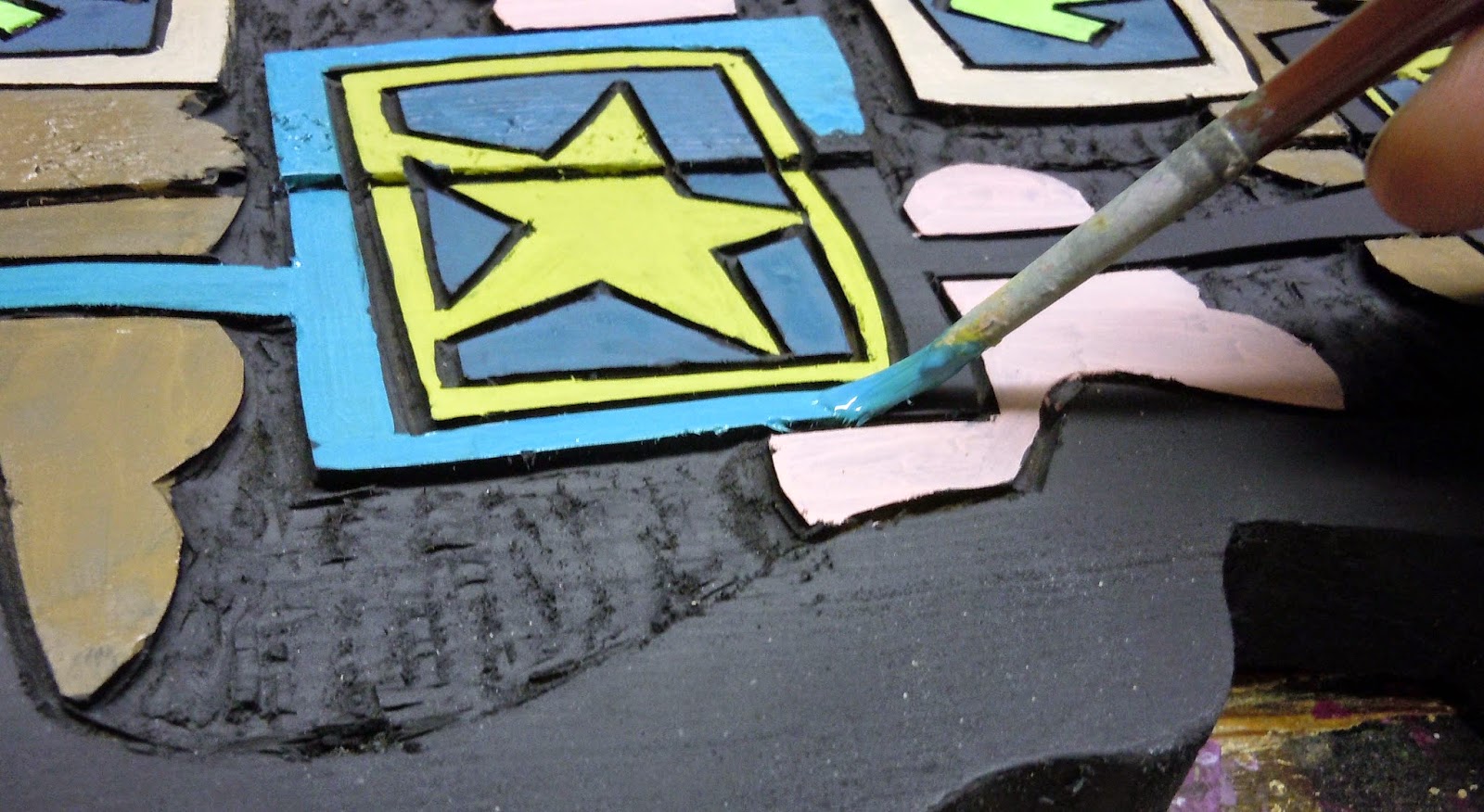 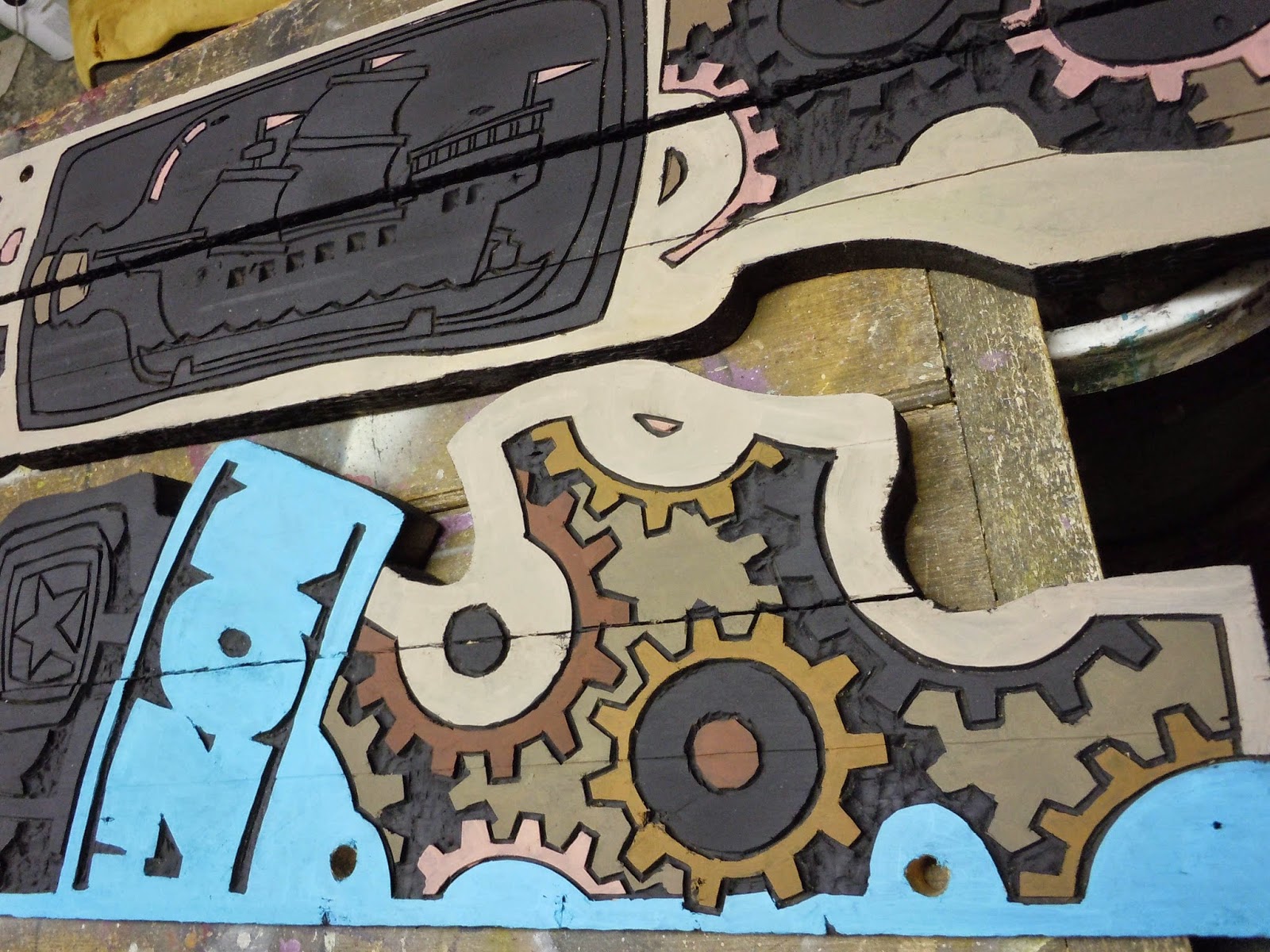 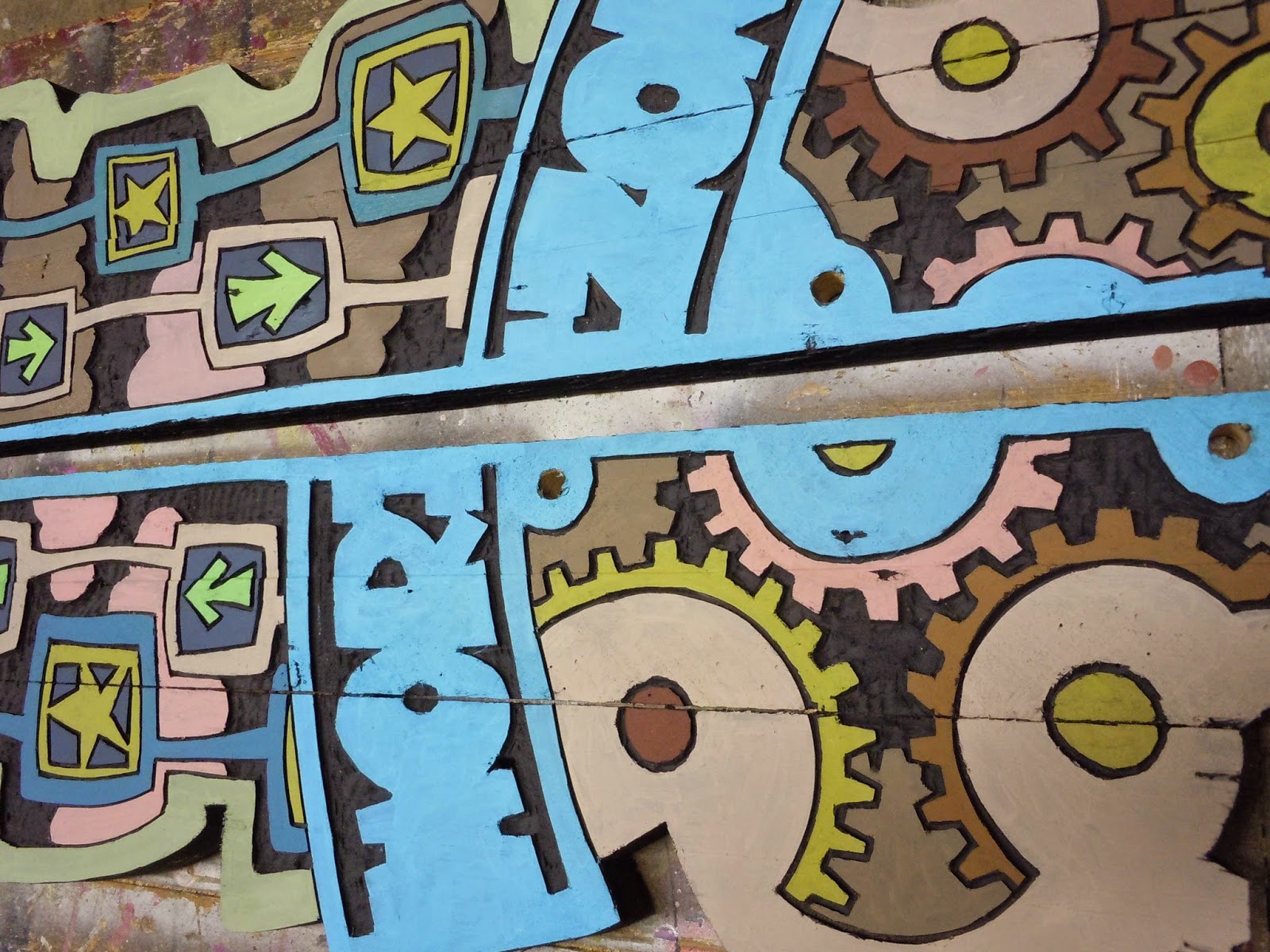 The top of the frame. 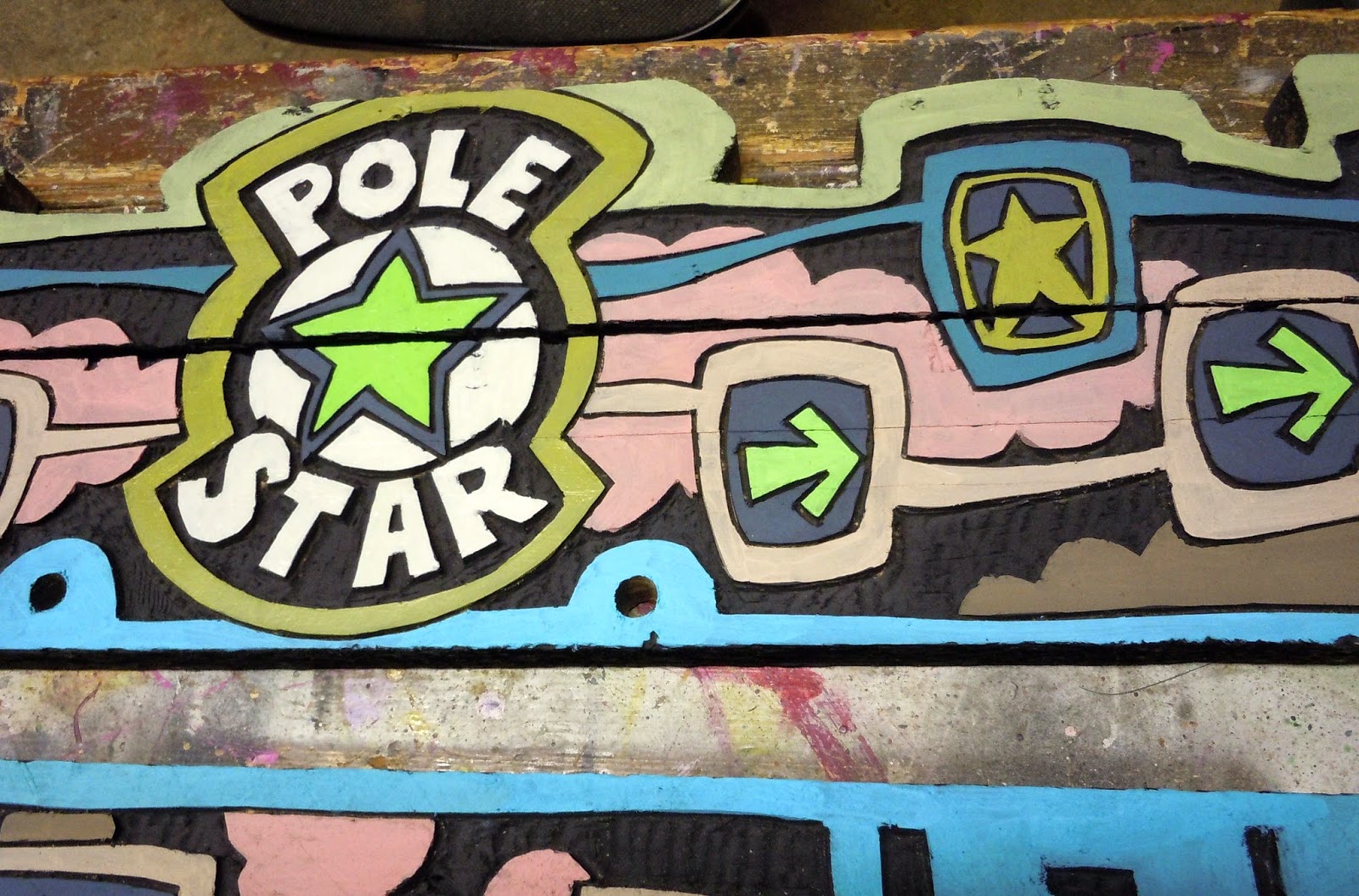 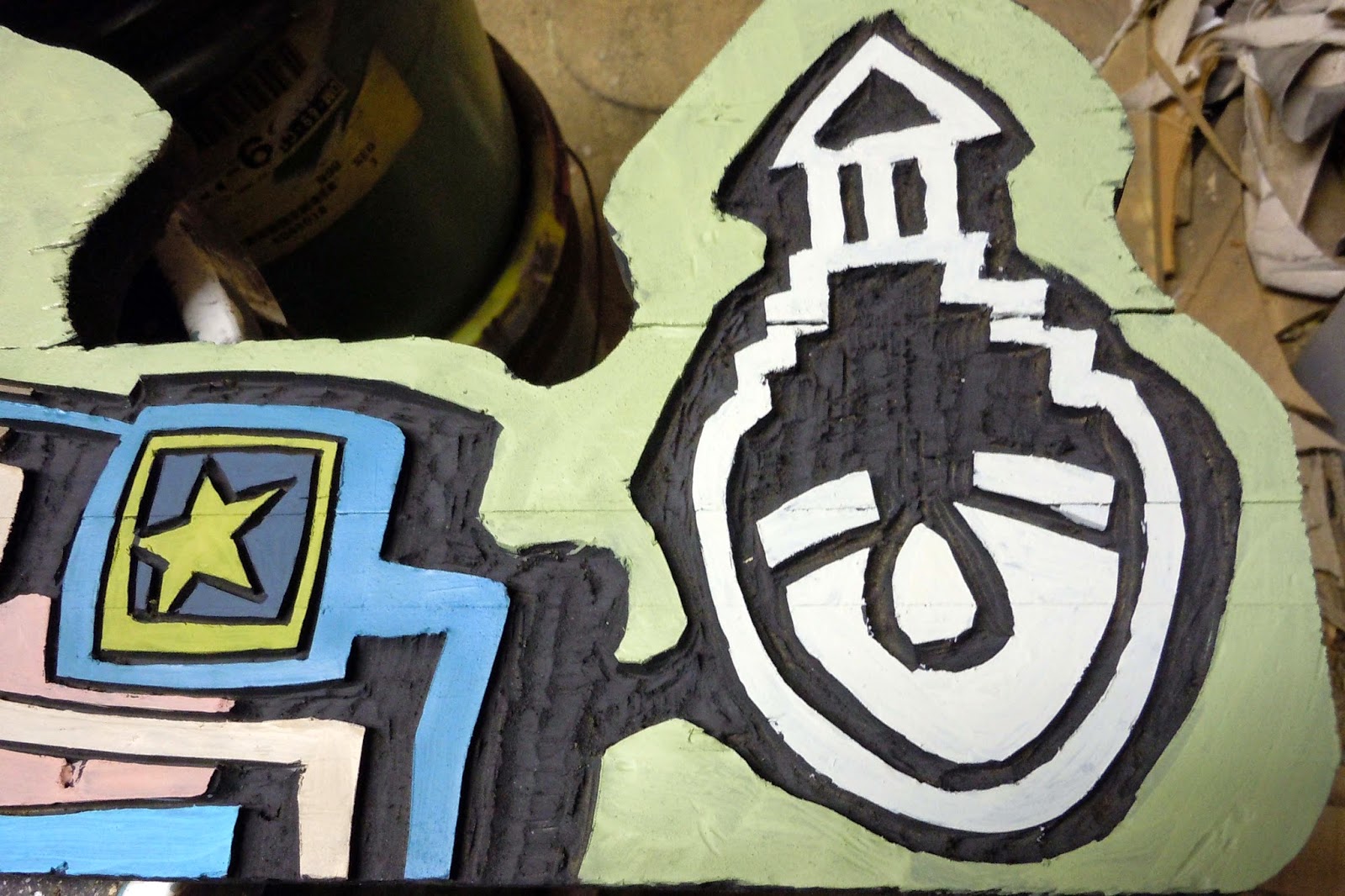 As a small reward, I save the comparatively interesting task of painting the ship for the end. 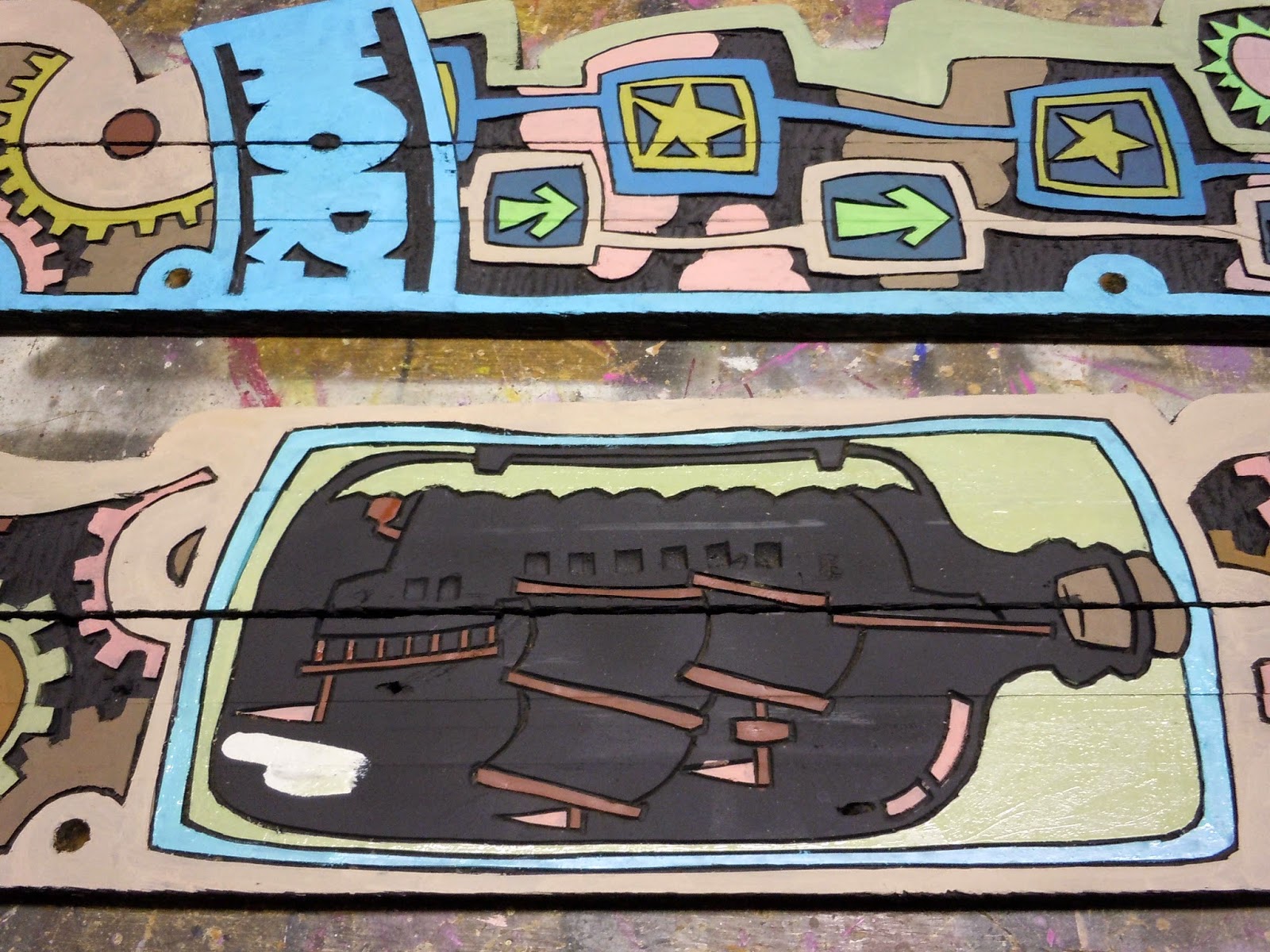 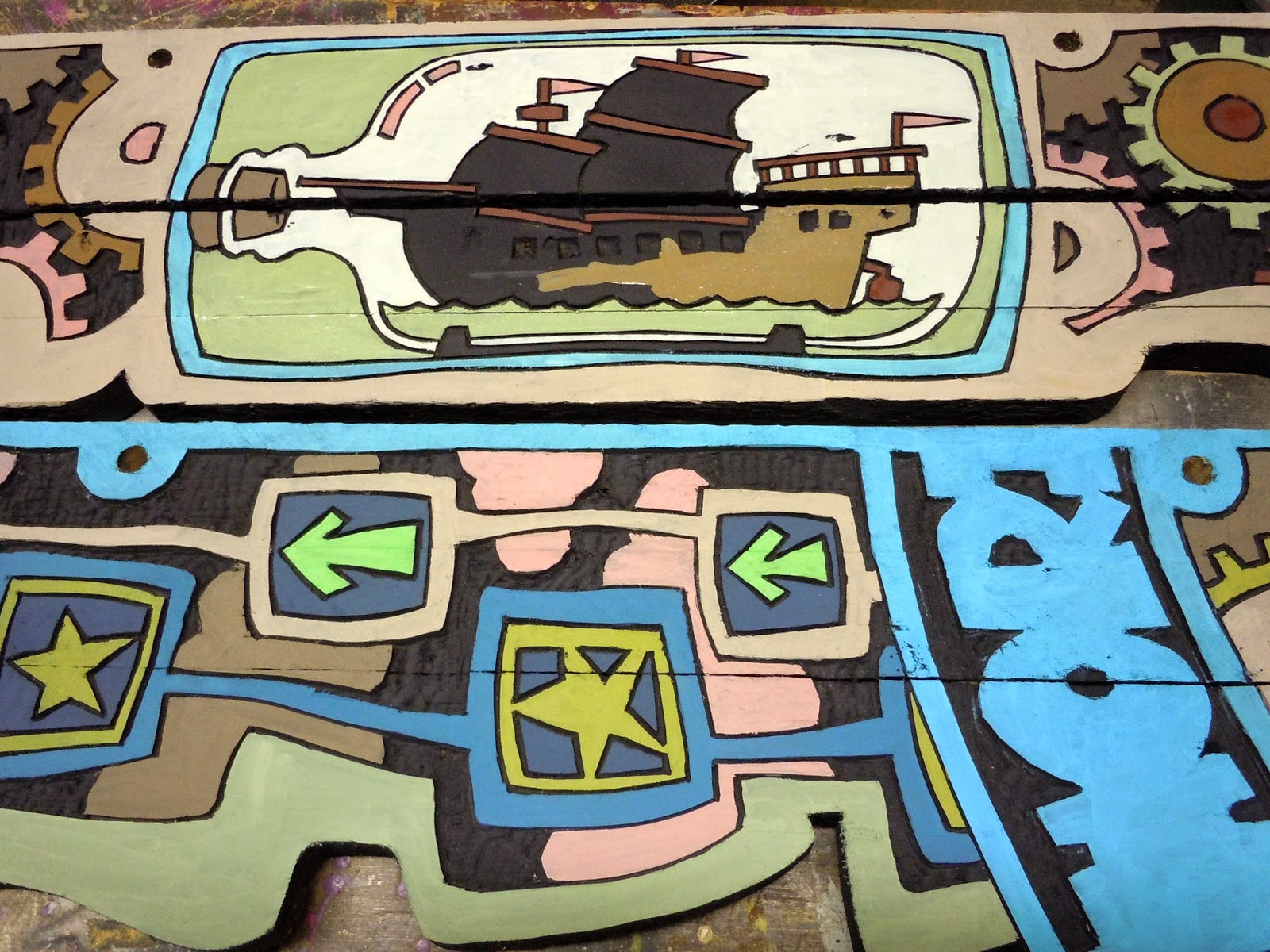 Next time we'll have a sneak peek at 'Text Is A Four-Letter Word'.
Posted by Steve Banks at 6:17 AM