More From The Good Folks Who Brought You Bro Kin

It is time to add the next layer of imagery to Bro Kin.  There is a fair amount of 'parking lot' on the base layer of Bro Kin that I would like to try to repeat in select areas for the subsequent layers. 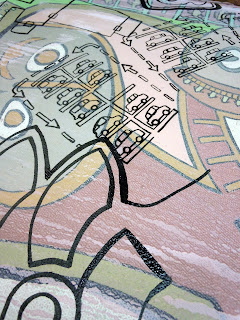 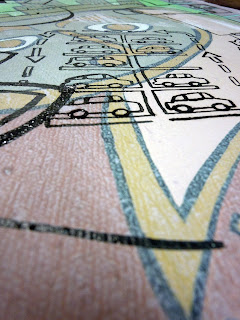 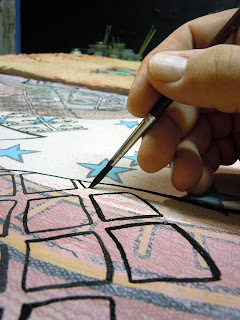 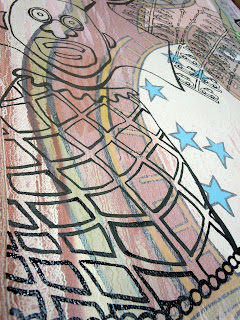 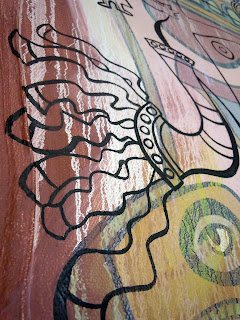 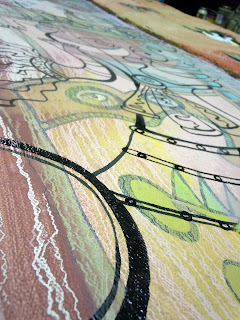 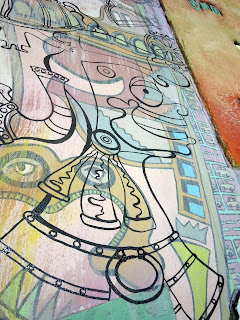 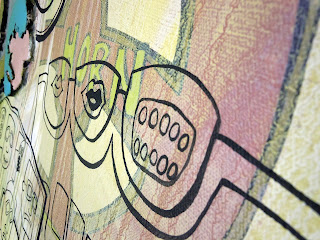 A few base colors must be added so I can add a few passages of line work that I don't want to paint around the edges (painting around letters, in particular, is not an activity I enjoy). 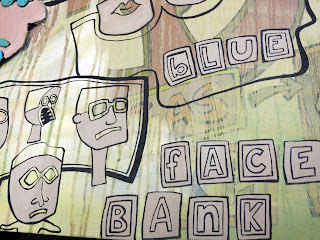 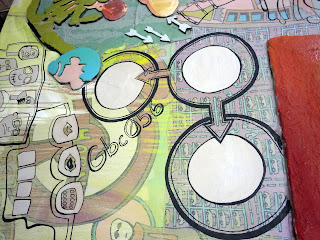 An early idea sketch.  Part of it is being used in Bro Kin, the partially cut off figure at the top was used in another piece entitled Los Reyes (You can read about the evolution of Los Reyes by clicking on part I and part II). 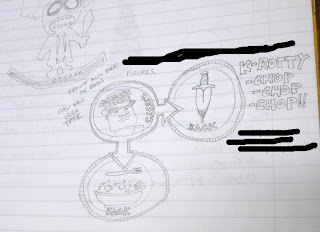 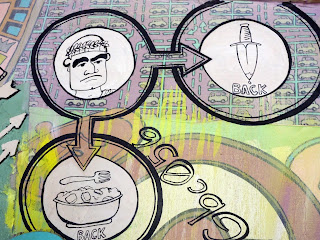 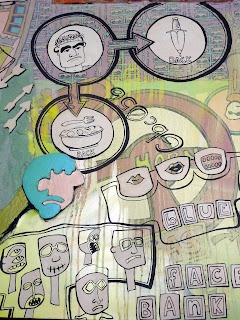 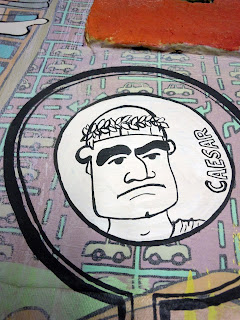 I might as well paint a few more areas with this color while I'm at it. 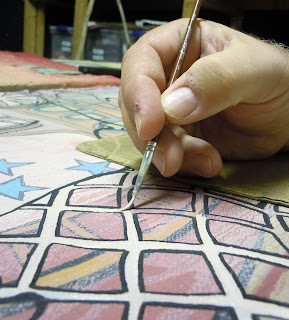 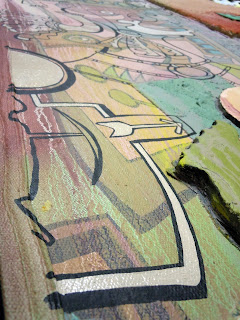 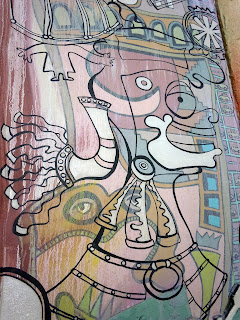 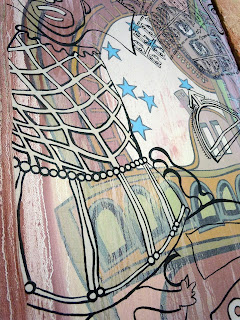 Now that the line work is completed, it's time to start giving serious consideration to my color scheme for the second layer.

I find it quite helpful to also have the frame for the piece underway while I am working on the last layer or two of a piece.  Having the frame in close physical proximity to the canvas/piece (not to mention having it be more in the forefront of my mind) helps me tie the two together visually and conceptually. 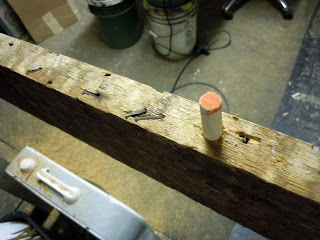 This next bit actually comes from a sketch for a frame I was considering carving for Imminent Departure (a piece with which I am not fully content with its direction, so drastic measures might be needed to be implemented....) SPOILER ALERT!  I think the canvas is going to get re-purposed for Socrates, Soup Cans, and The Cola Wars, so the idea for the frame is fair game.... 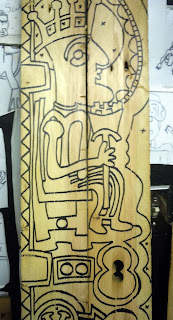 Next time we check back with Bro Kin, we'll take a look at carving and painting the frame along with finishing the piece itself.
Posted by Steve Banks at 8:46 PM