For the last day and some change I've been socked away in the studio as a hearty snowstorm dumps on the area.  Officially, we received around 13.8" of snow by the time all was said and done.  Although we've certainly had bigger storms pass through the area in the past, it was still a large enough storm to merit staying in place, making a big slow cooker full of chili and blast away at some projects in the studio.  With that being said, here is what I've worked on the last 36 hours.

My main objective was to start several new works on canvas.  The first step towards that goal is stretching the canvas over stretcher bars and then prime the surface with several coats of primer/paint. 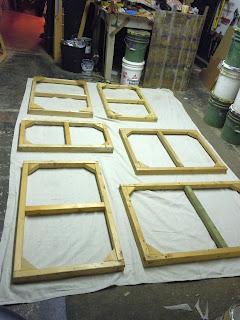 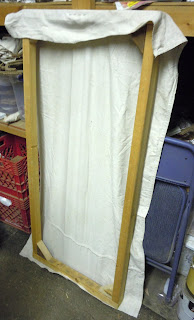 I won't bore you with an exhaustive barrage of action shots of me painting on the primer.  Suffice it to say, most of the last day and a half was spent priming canvases and moving them around on storage shelves so they could dry. 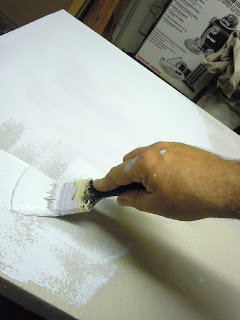 I even got around to hitting Kyklopes with another coat of primer. 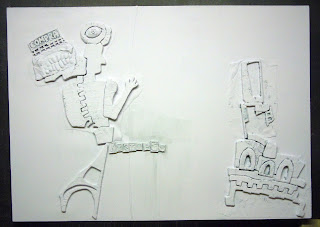 After the first coat of primer has dried, that is when I start adding surface features/reliefs/sculptures.  That way I can hit those relief additions with the remaining coats of primer to help seal them all together. 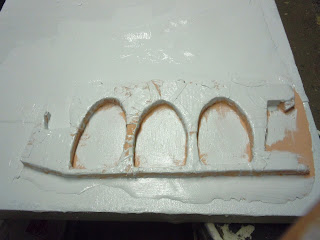 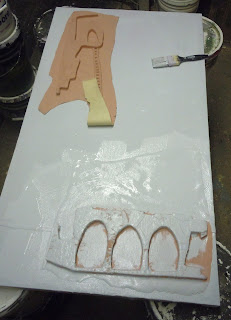 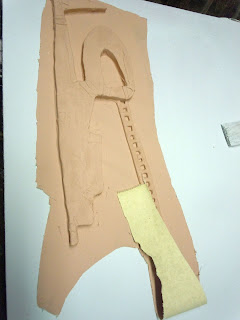 Not that you would notice, but this is after the third coat of primer. 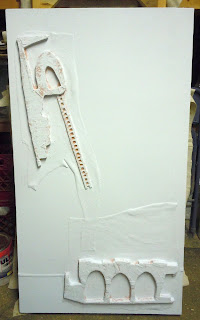 Resurrecting the fragments of an old canvas to begin a new composition.  The carved letters say 'Frontlines' so until a better title comes along 'Frontlines' it is. 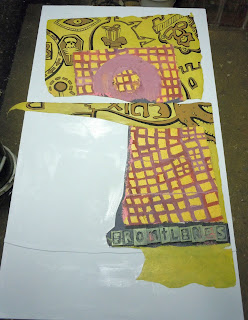 Finally 'The Brain Jar of Dr. Pantalones' has a home! 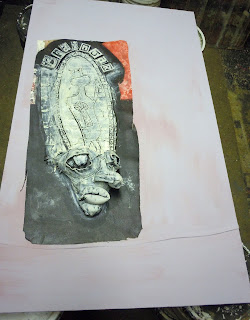 With a little bit of color added.  I think I will hold of on adding anymore color until I make a small body for the good doctor... 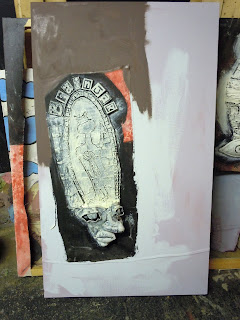 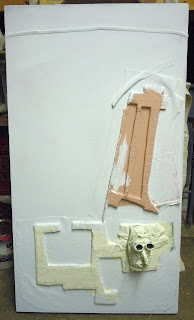 About this time I decide to go out and brave the elements so I can accomplish 3 missions.  1) obtain chicken wings from Boozies (done!)... 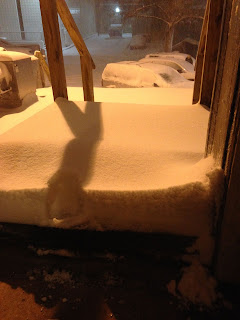 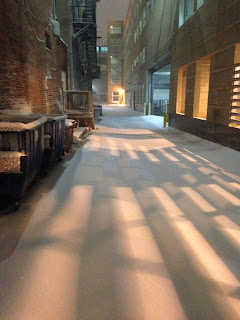 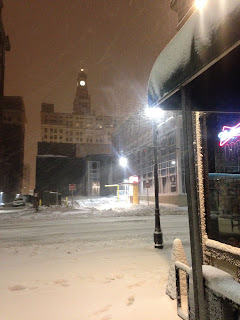 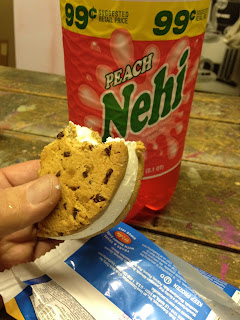 Back at it.  I also wanted to start adding the first passes of oil paint on to the surfaces.  These will be the initial color schemes that I will react to for the remainder of the process.  The piece below is currently being referred to as 'Two-Part Harmony'. 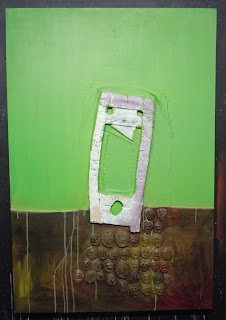 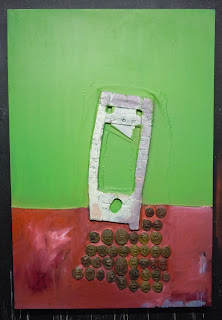 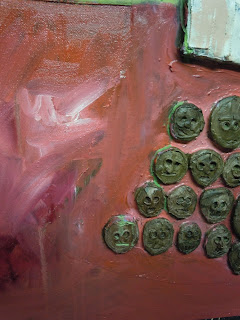 and Kyklopes gets some color as well. 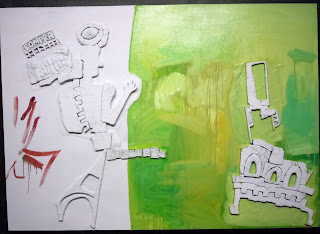 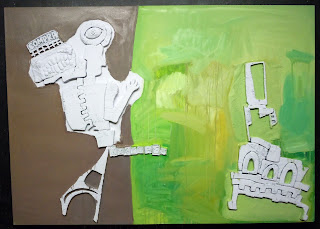 By 1:30am, the snow had stopped falling and it was time to get out the shovel.  One more parting shot from the back door of the studio as I begin to shovel out. 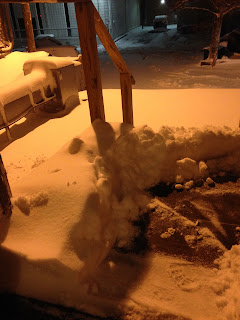