On To The Next Thing...Trying Some Things Out For Size. Vol. I

2018 has been a pretty wild ride.  I spent the first 5 months of the year feverishly making artwork for Pop Culture Palimpsest which opened back in June at The Figge Art Museum.  I spent the next 12 weeks carving two years worth of frames (burning through three Dremel Tools in the process).  I participated in a four really cool shows (KC/QC, Saint Ambrose Faculty Show, A Fall Show at Gallery Victor Armendariz, and Doctor Portmanteau's Galorium Emporium).  This past weekend I was part of SOFA in Chicago (also through Gallery Victor Armendariz!). 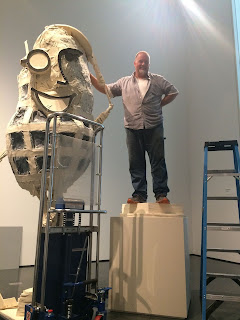 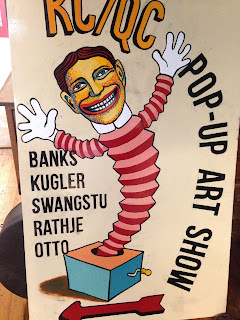 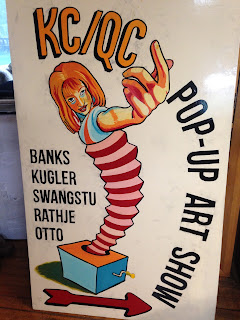 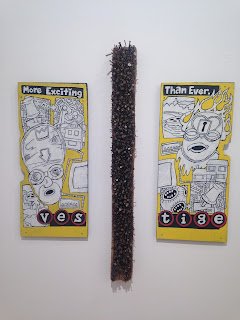 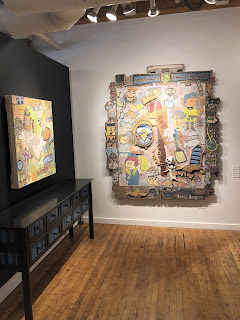 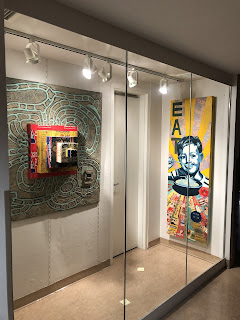 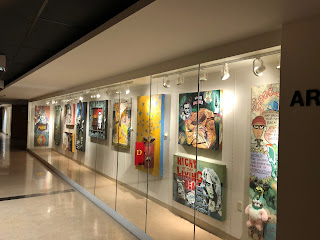 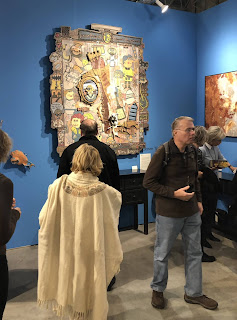 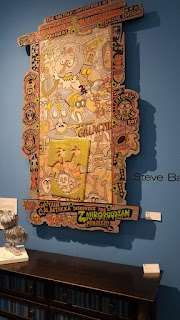 Anyway, the remainder of 2018 looks like a time to regroup, reload, and make some new pieces.  I have been working with a bunch of fabric-wrapped cardboard positive and negative shapes as composition/idea starters.  Frequently I will cut out a positive shape only to be equally intrigued by the leftover negative shape (which I'll also wrap with fabric for future use).  Then I'll kind of test drive some compositions and pairings of shapes and see if anything catches my attention.  Here are some test compositions. 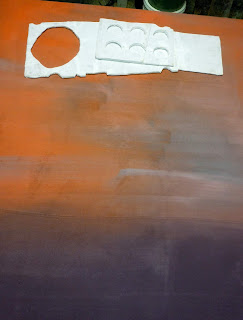 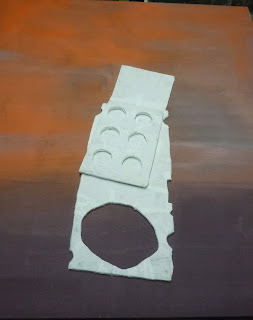 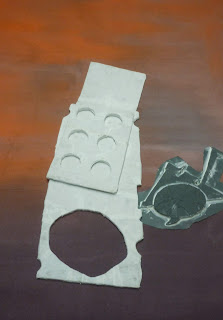 The wrapped/bound dialog bubble will be making more appearances in the future... 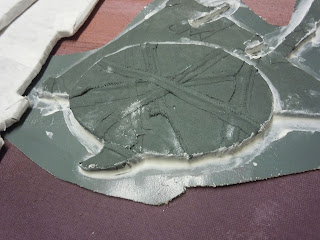 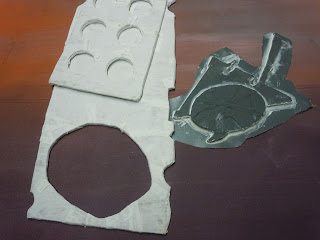 I haven't even wrapped these in cardboard yet, but I was still curious to test them out.  Ultimately, I think they will be partnered with several carved wooden heads.  These two sets of shapes are good examples of when the negative shape is just as cool as the positive shape. 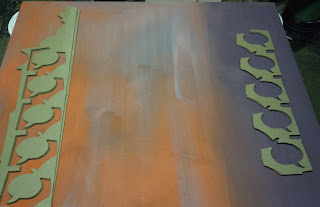 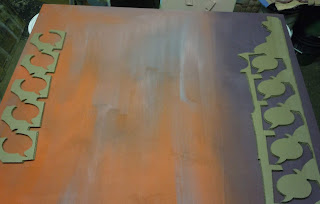 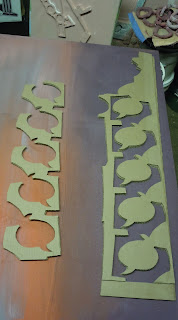 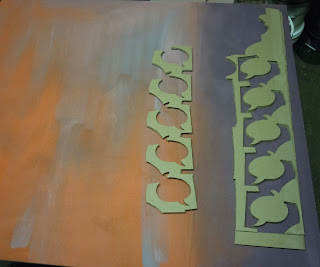 This 'tower' looks ridiculously feeble at the moment, but once it has all of its components, it will be far more robusto. 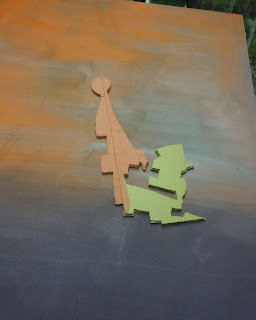 In a previous post I talked about using the silhouette(s) of billboards/roadside signs in some of my future pieces.  Here is the beginnings of one of those endeavors.  I test/explore several possibilities/configurations before truly honing in on something that excites me. 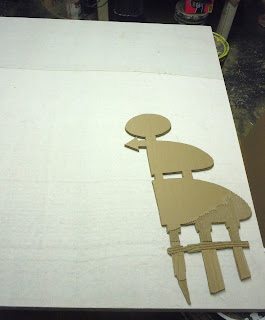 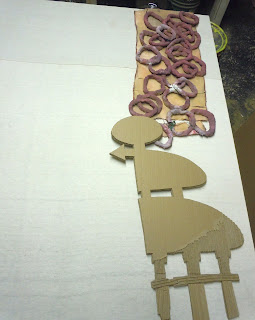 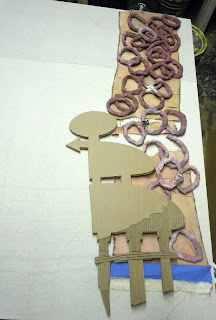 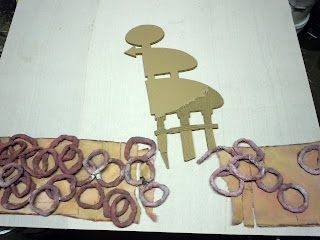 My random color selection to prime the canvas (usually three coats to prime the surface) is interesting enough that I might try to recreate it for the final layer. 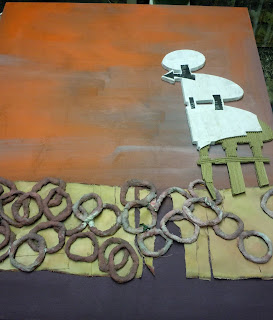 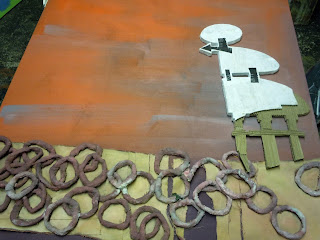 Testing an addition shape interaction which might possibly make the final composition. 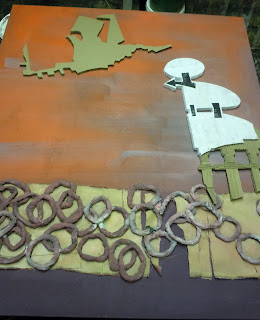 The initial objects/shapes in place and the first coat of primer on the canvas. 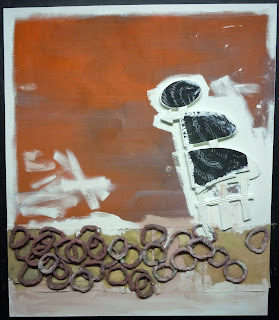 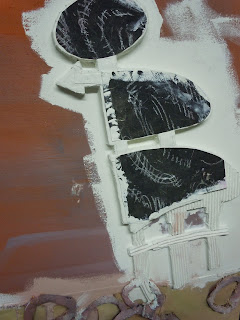 Still a few more layers of paint/primer to go before I start adding imagery, but it's not too early to start thinking about what might make its way on to the canvas...
Posted by Steve Banks at 7:30 PM