Flowchart: Me and You -The Arc of A Love Affair

I started Flowchart: Me and You -The Arc Of A Love Affair back in 2010.  It has been chopped up, unstretched, and for at least two years, lying in a heap in one of my backrooms of the studio.  Text Is A Four-Letter Word seems like a good excuse to re-engage the piece.

Since I reused its stretcher bars for a different piece, the first thing to do was make a new set of stretcher bars, stretch a canvas and then attach the fragments of the old piece to the new piece.

Now it's time to lay down some base color to reintegrate the old canvas (which had some visual activity on it) to its new surroundings. 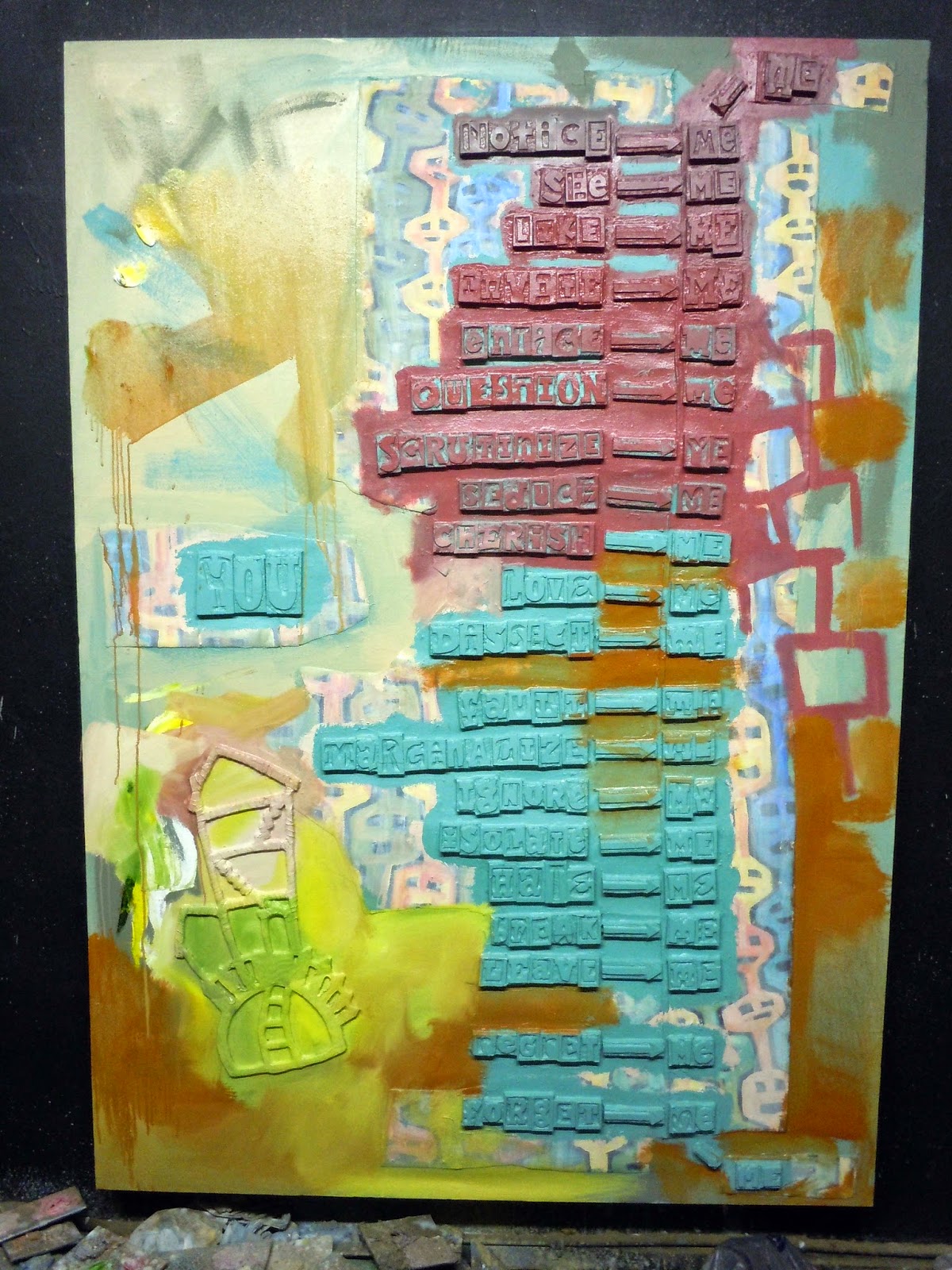 Once that base layer of color dried, it was time to mine the sketch books for some imagery. 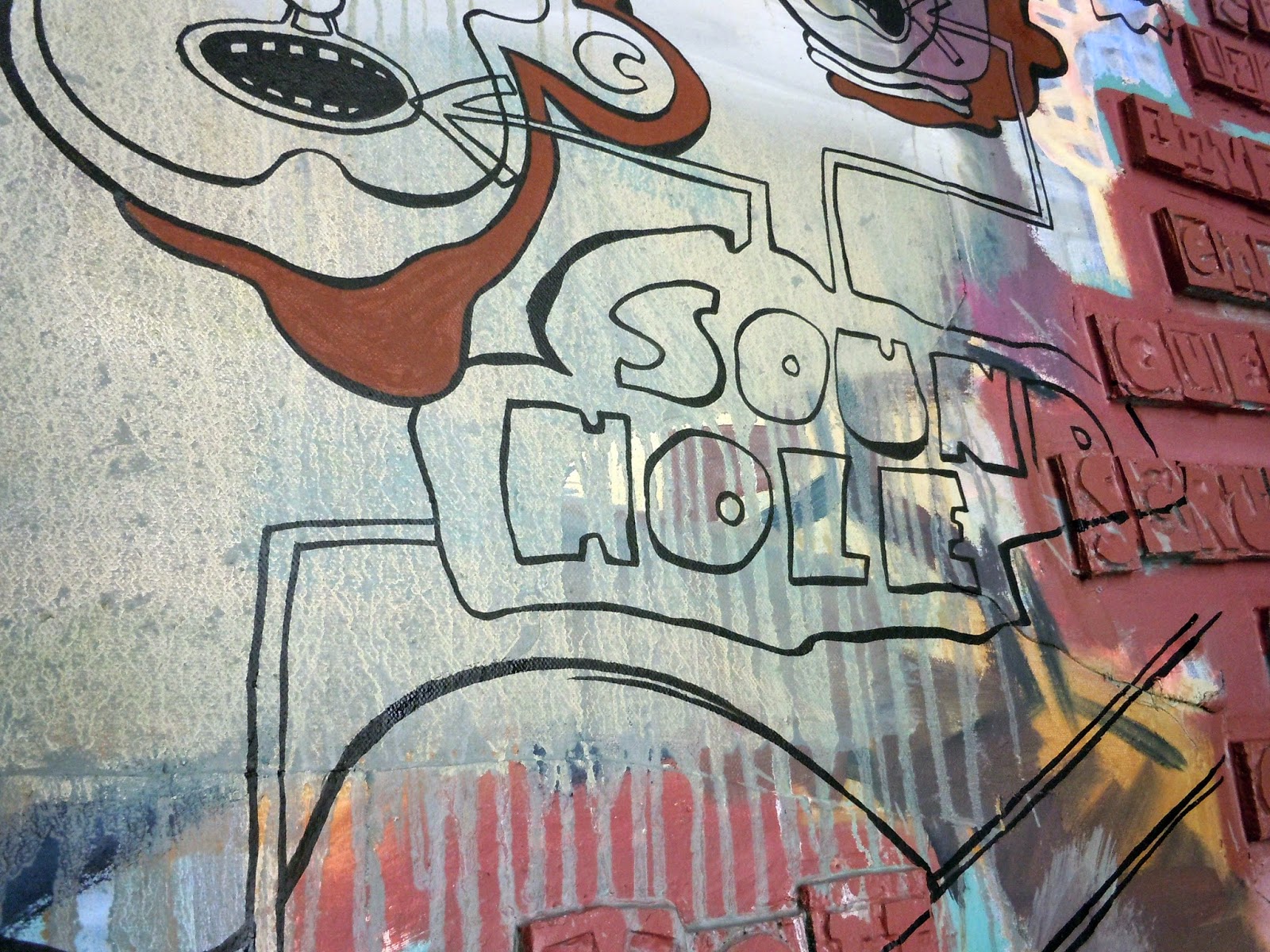 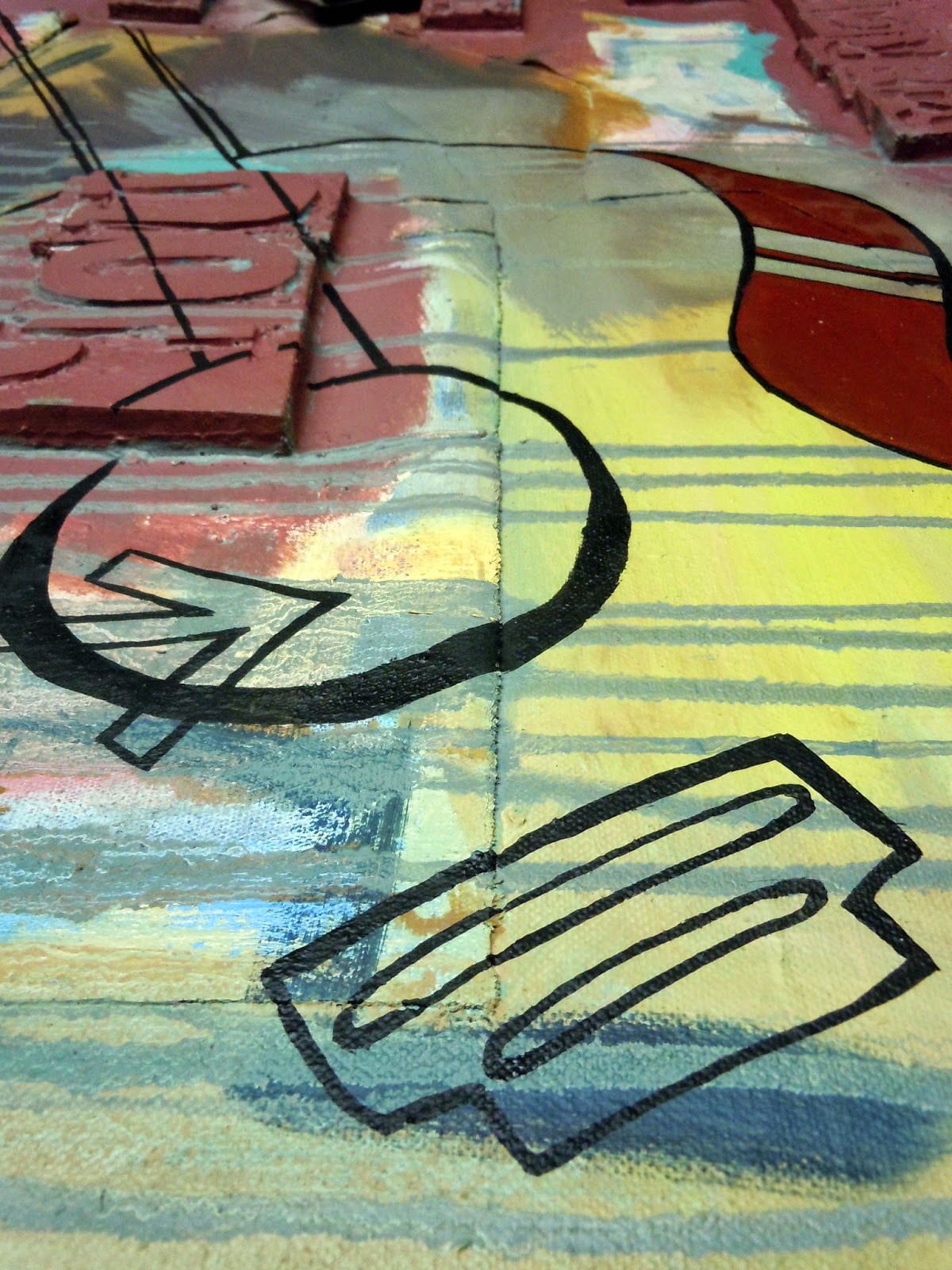 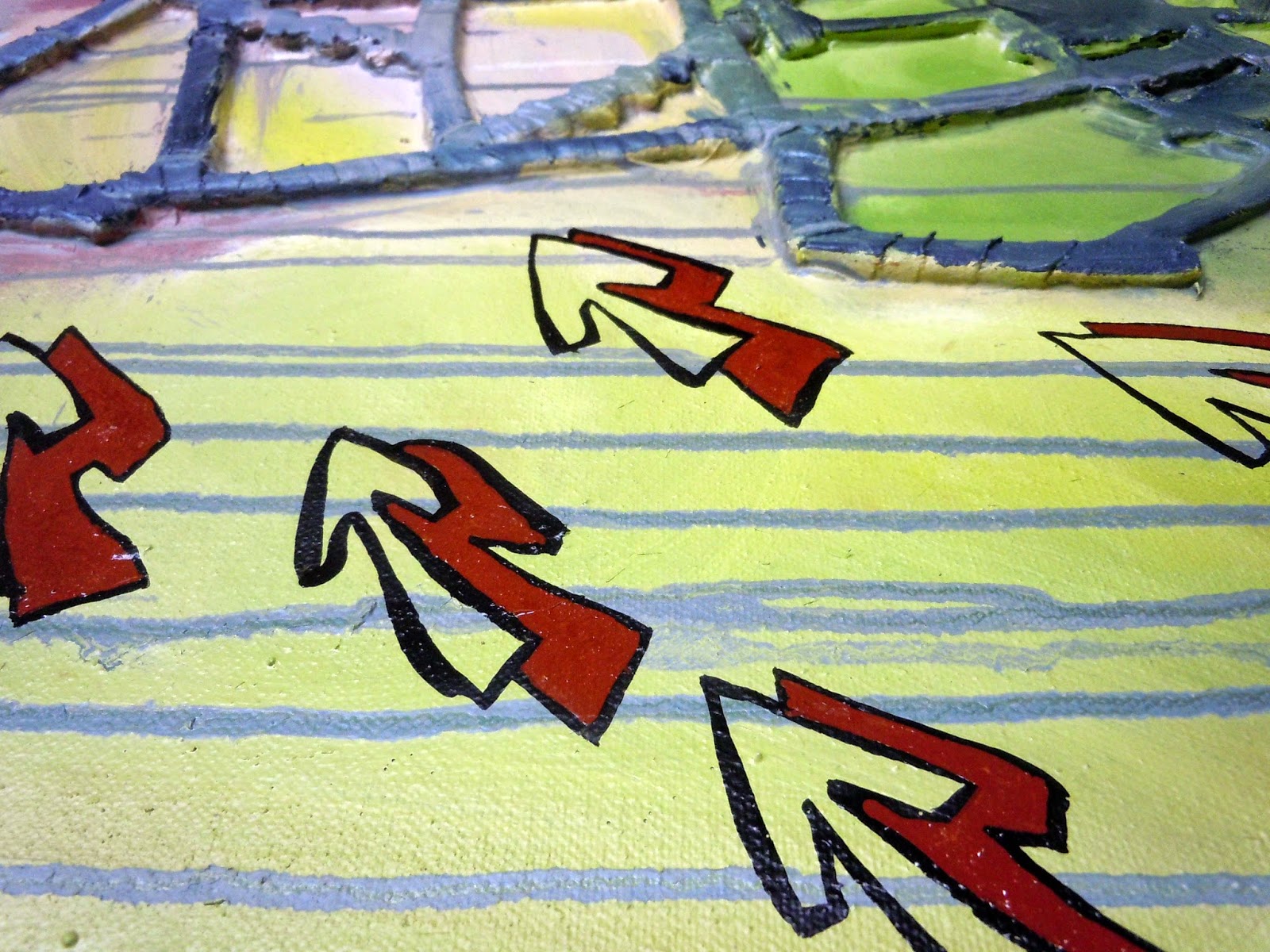 Roughly a week later, I was able to start adding color to the piece. 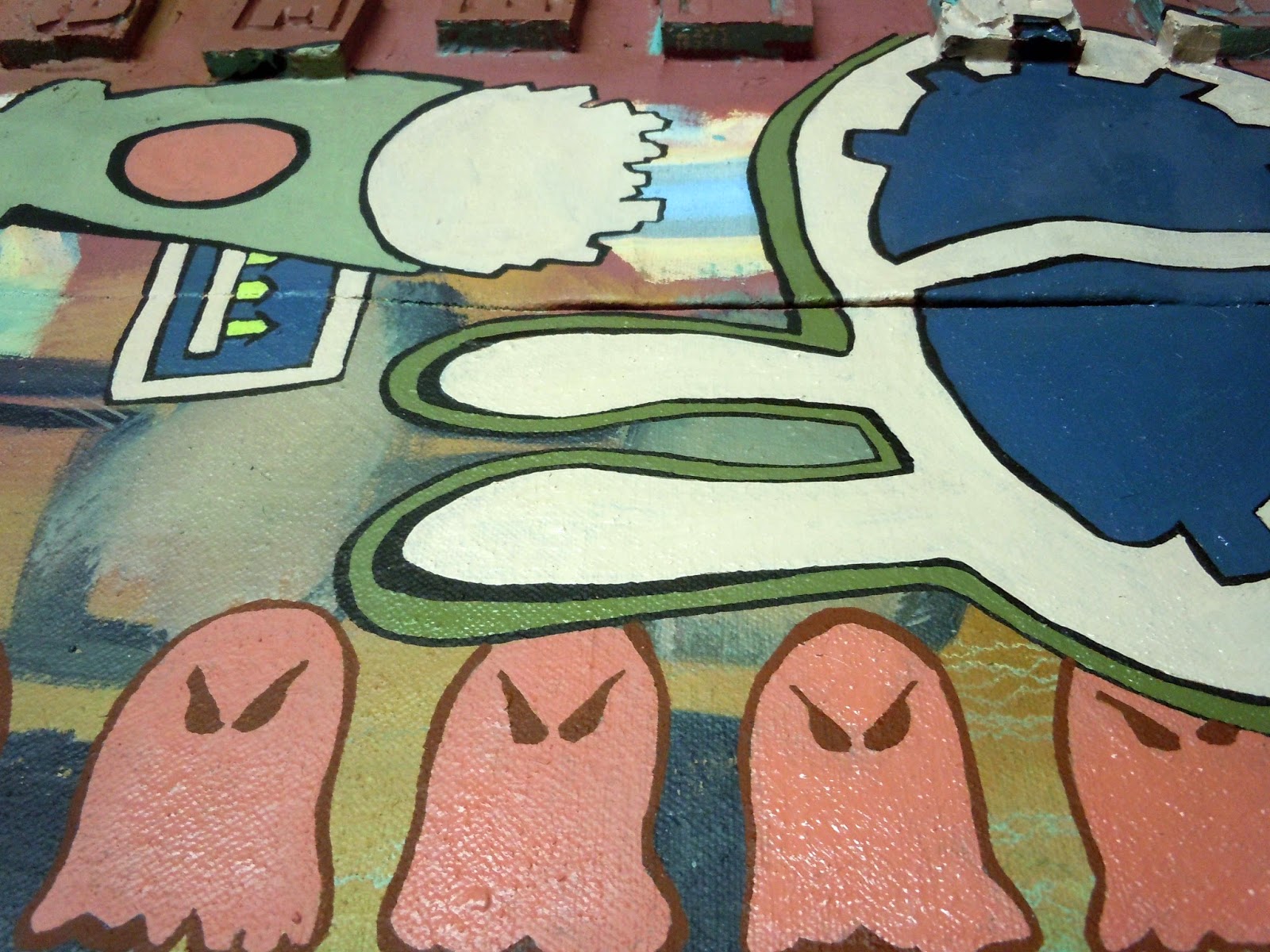 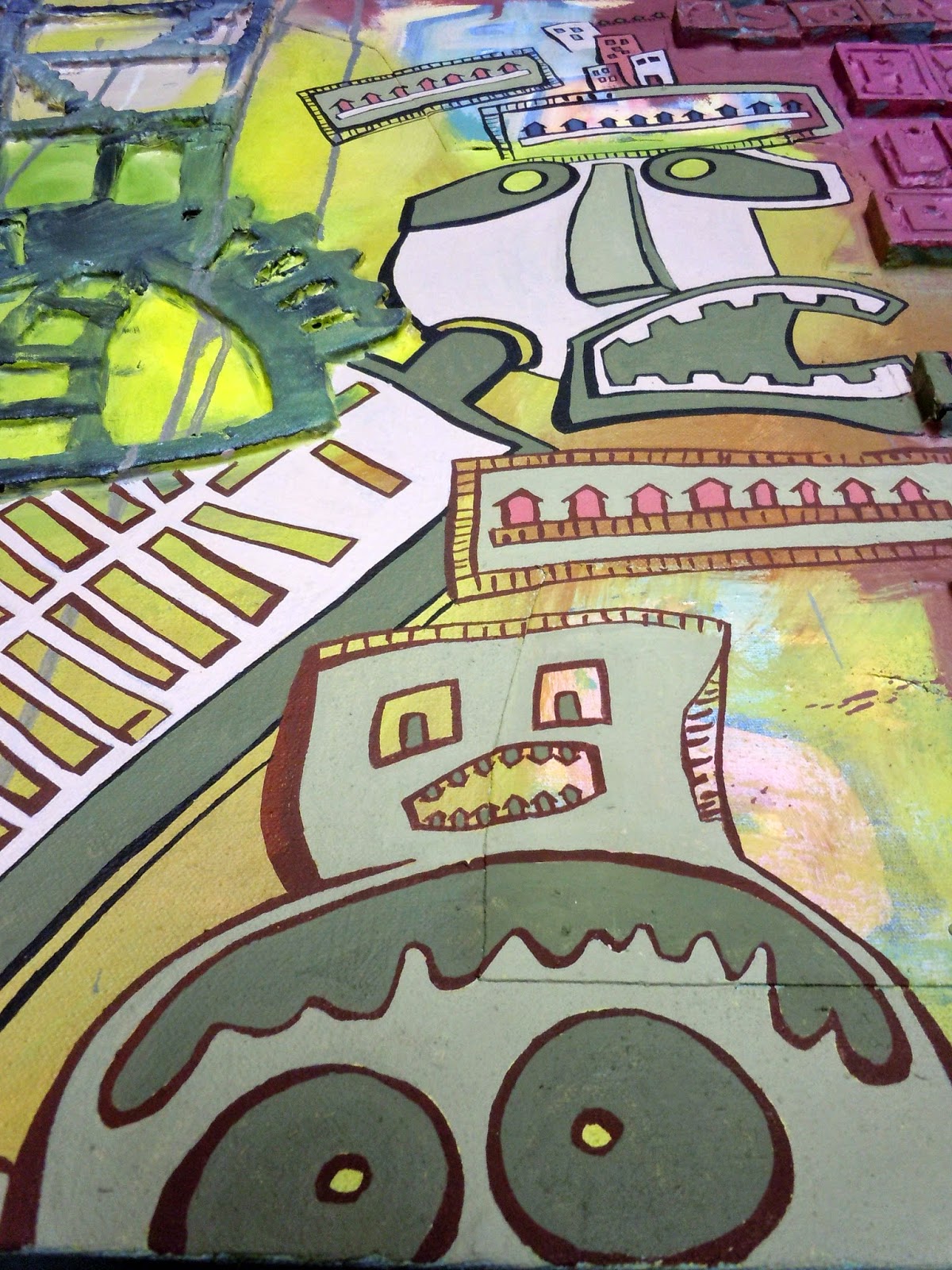 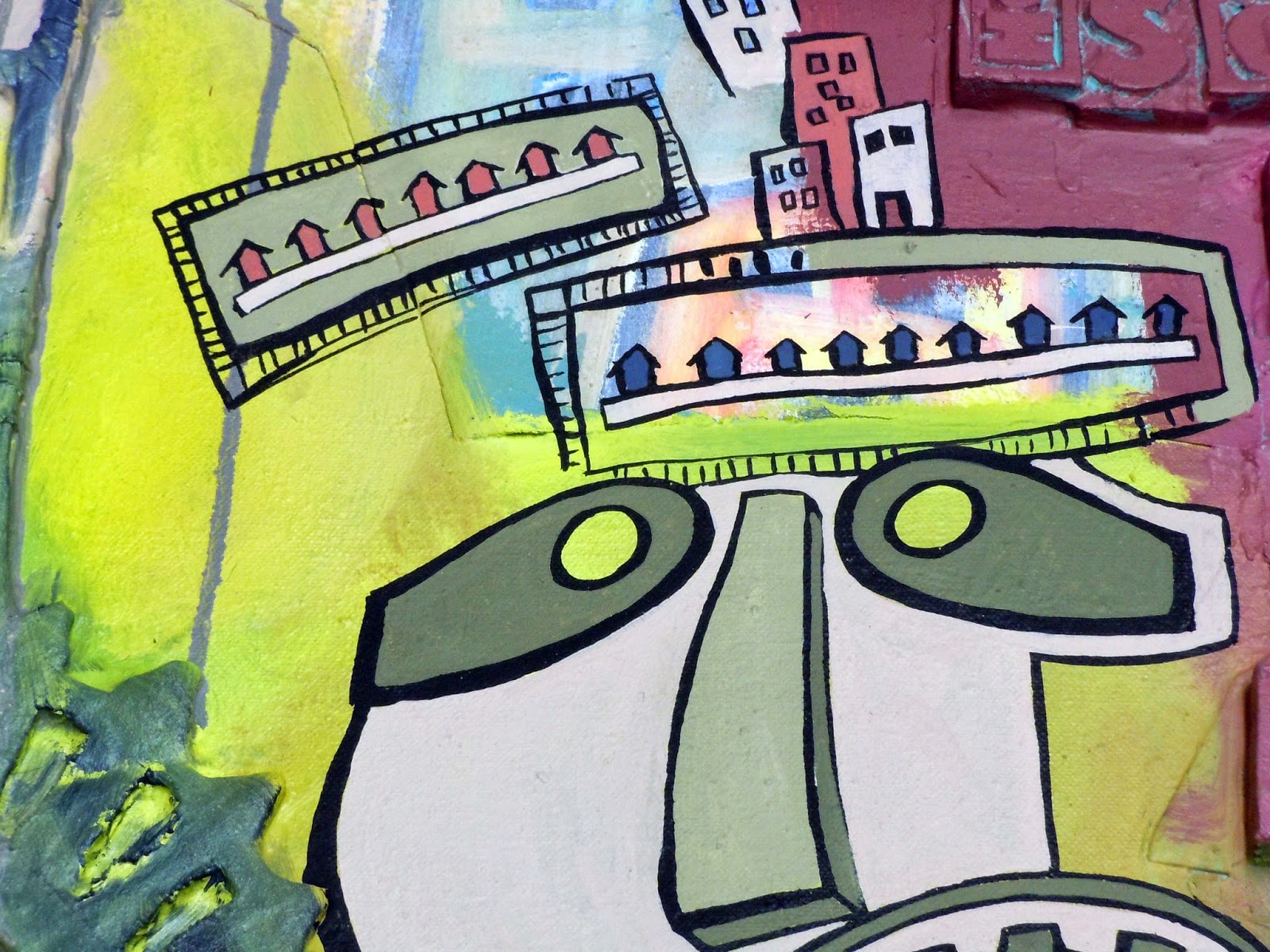 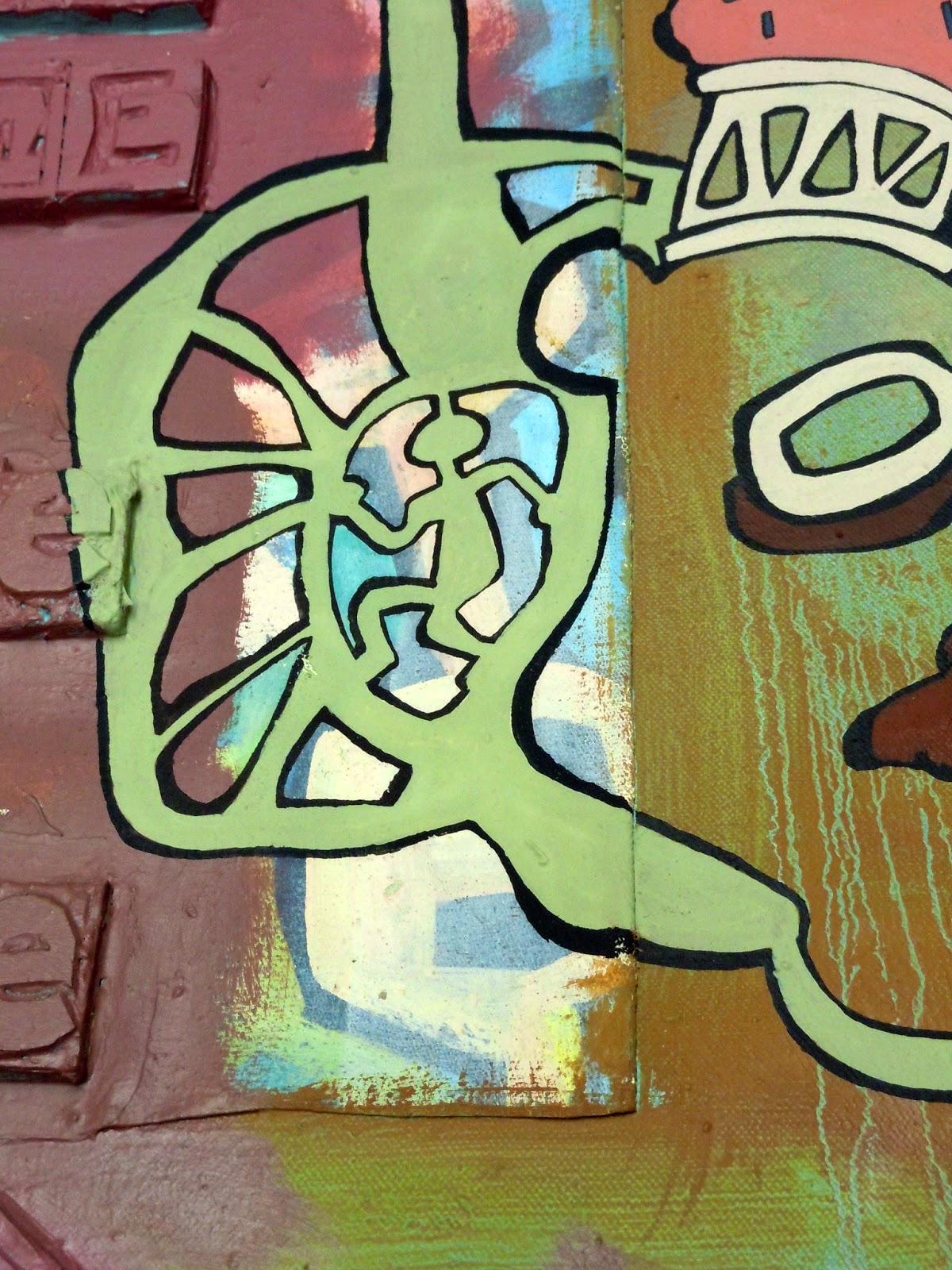 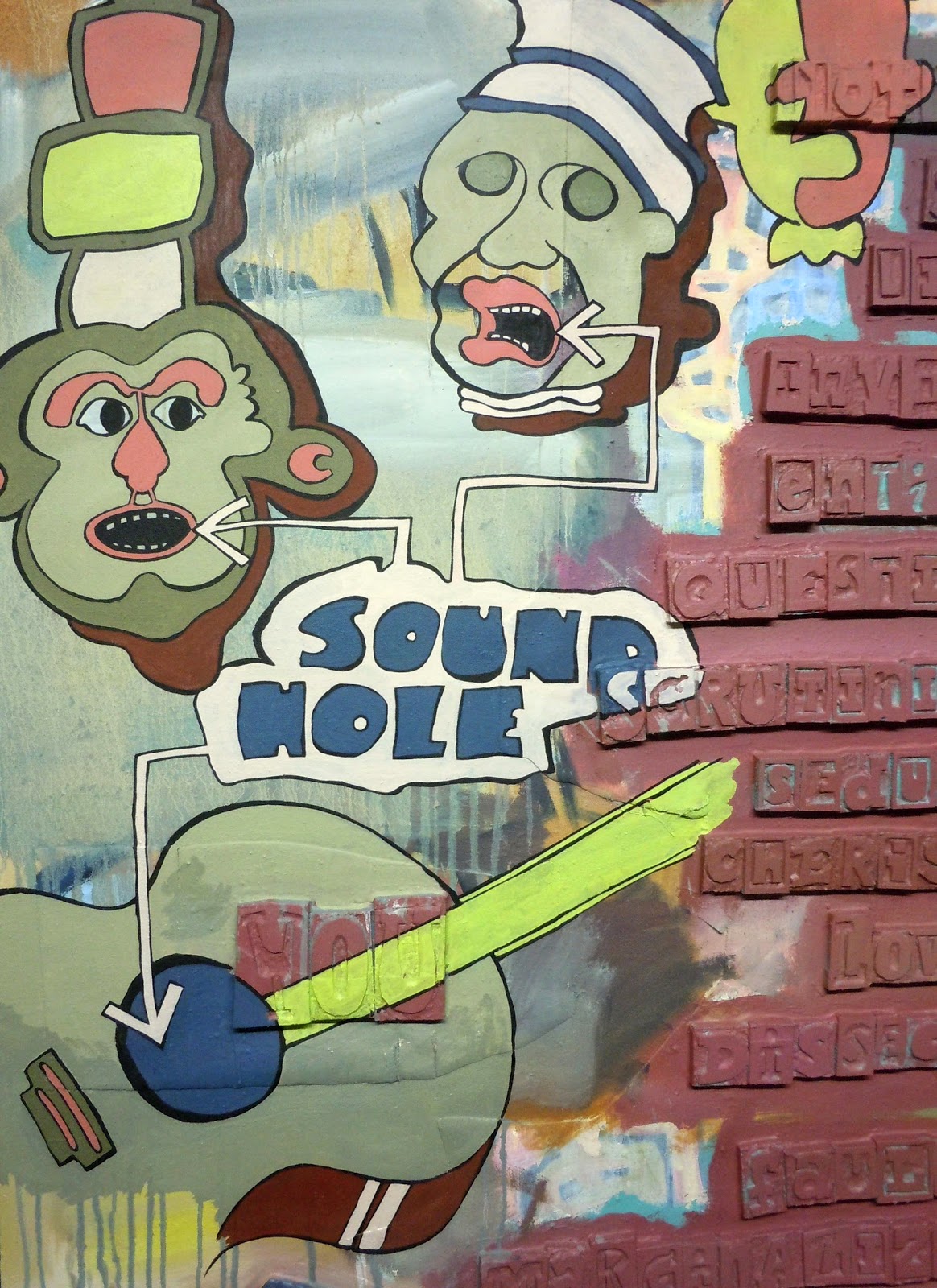 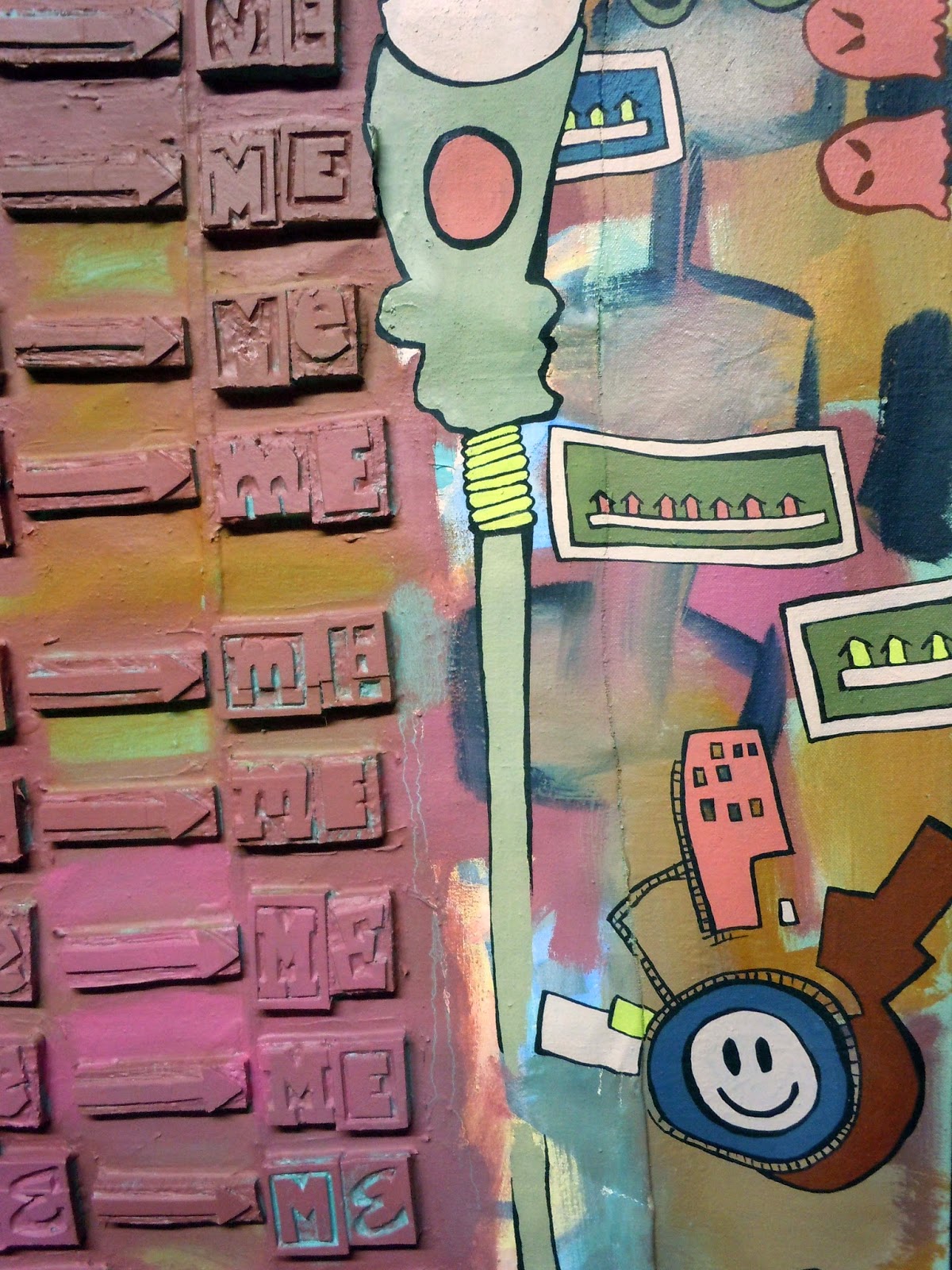 Two things need to happen.  The imagery needs to be subdued and the letters need to be accentuated. 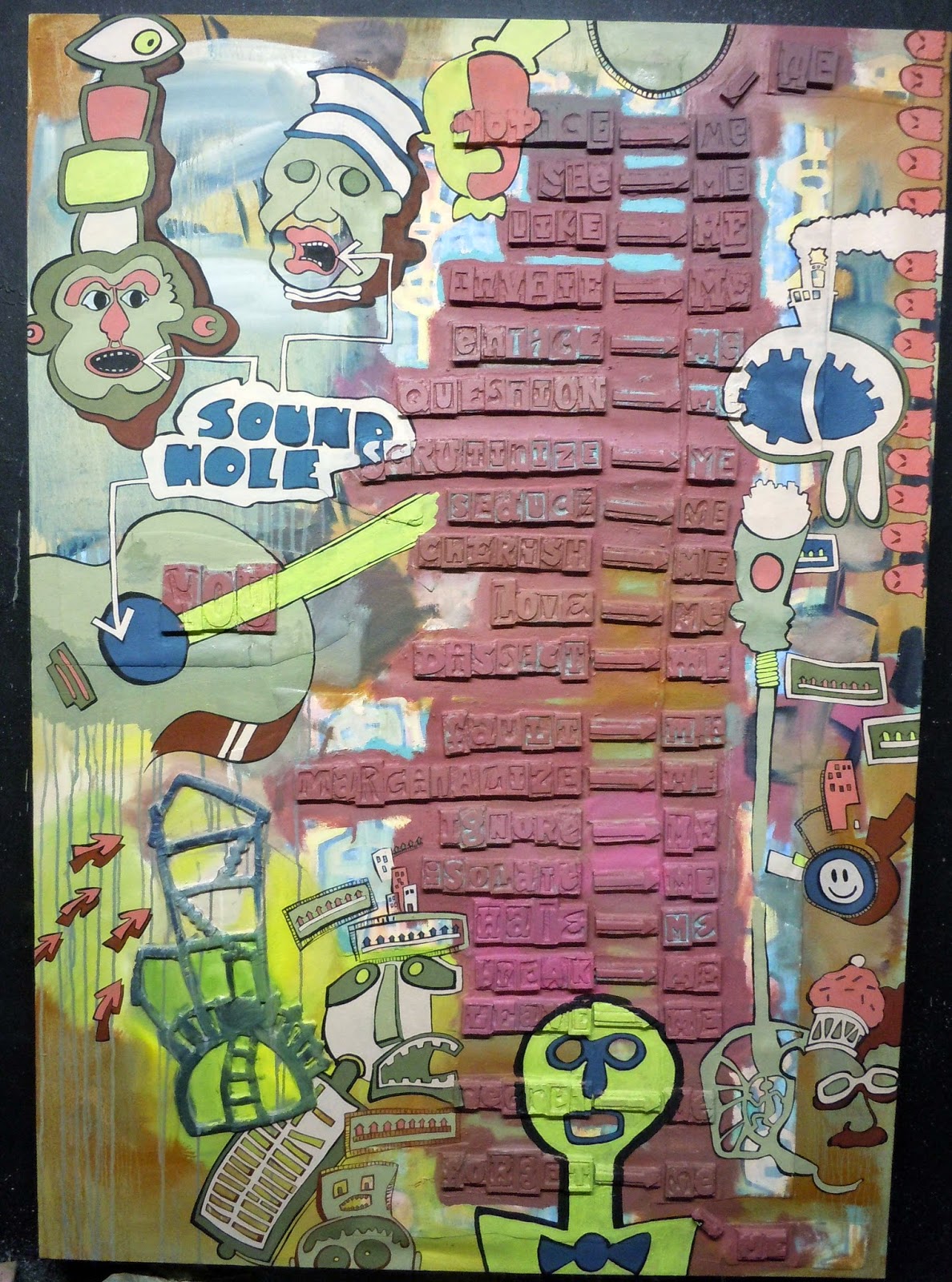 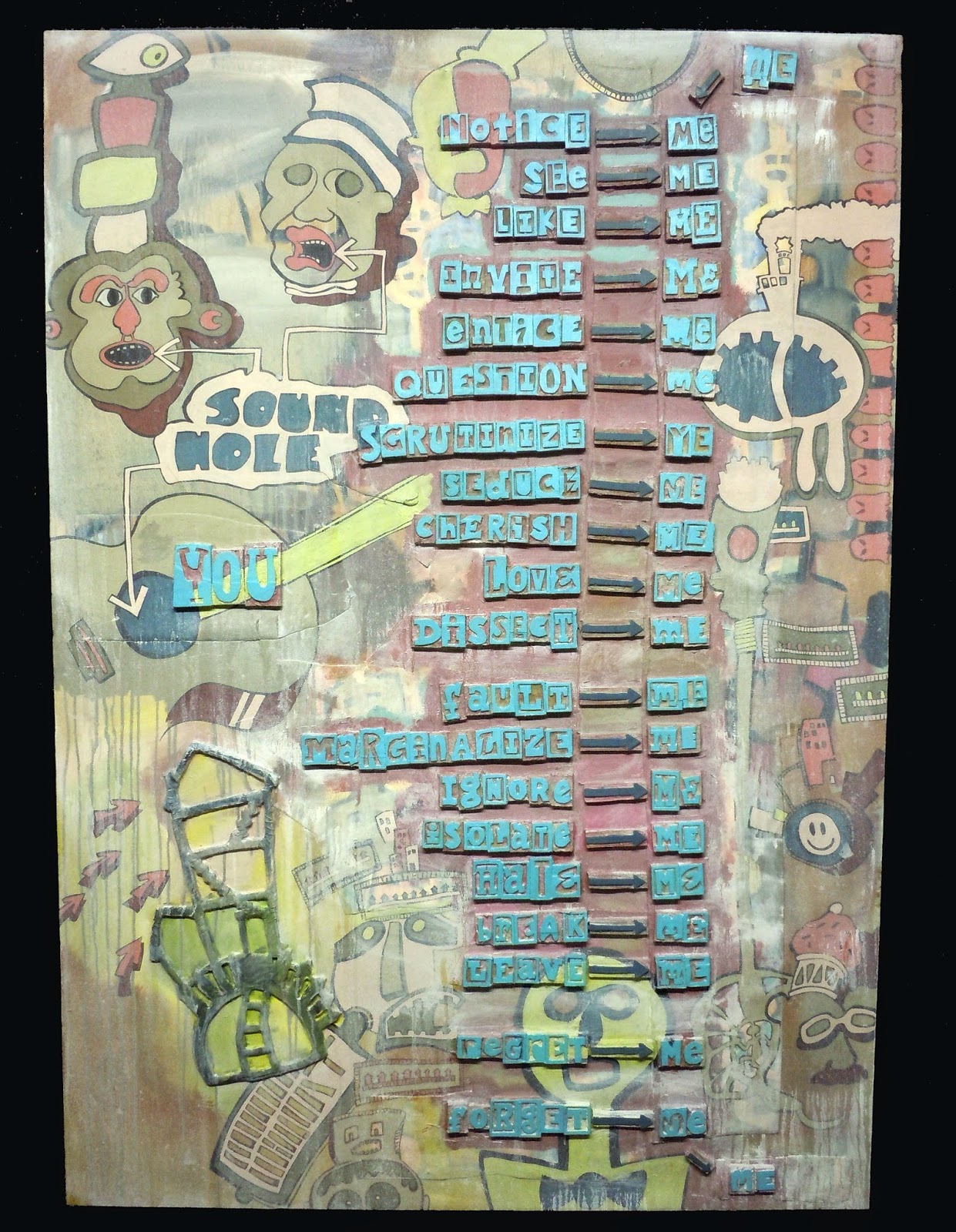 A few close ups.  I didn't want the letters to be glaring, merely more prominent.  The obnoxious blue seemed to be the answer. 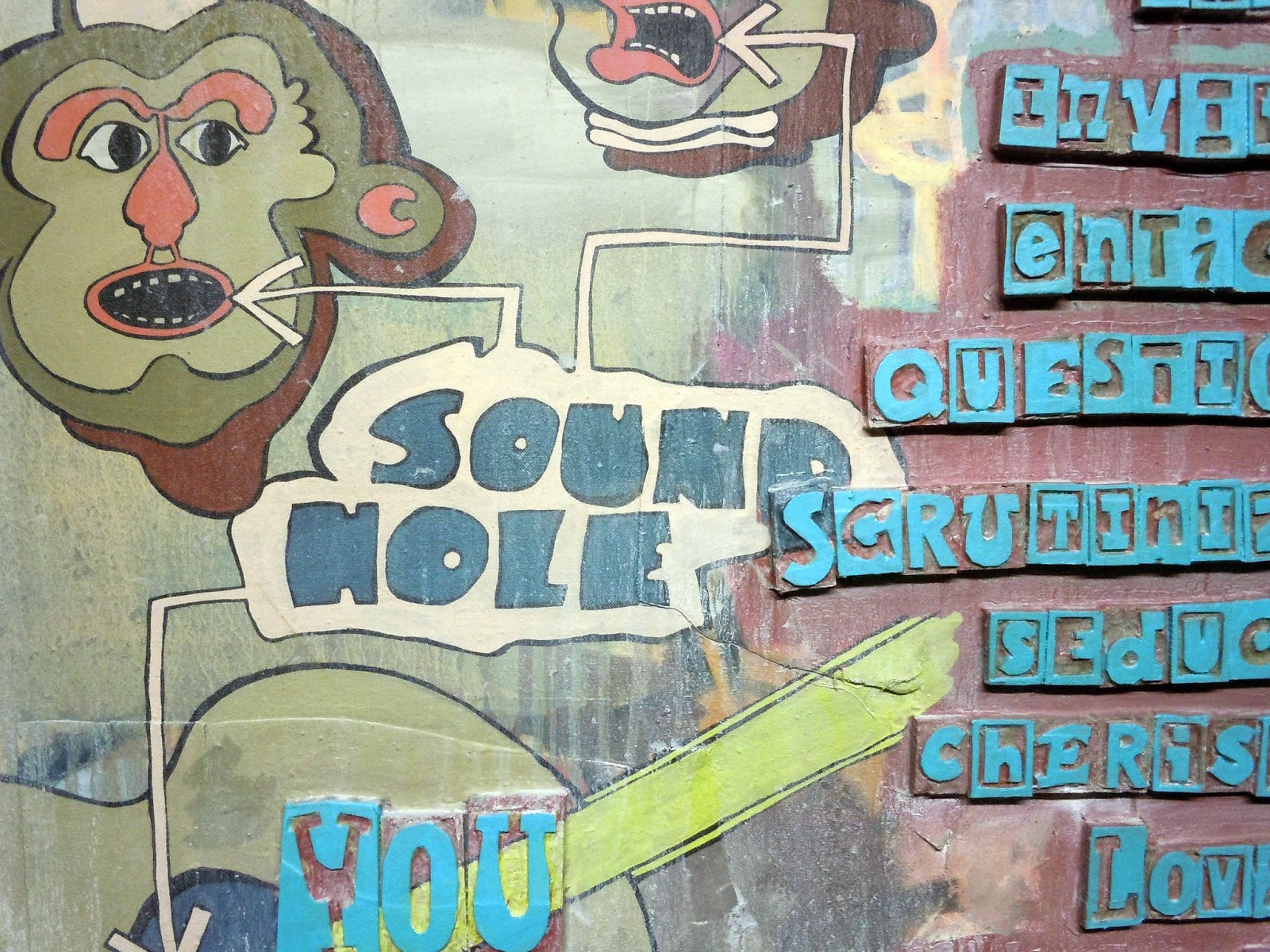 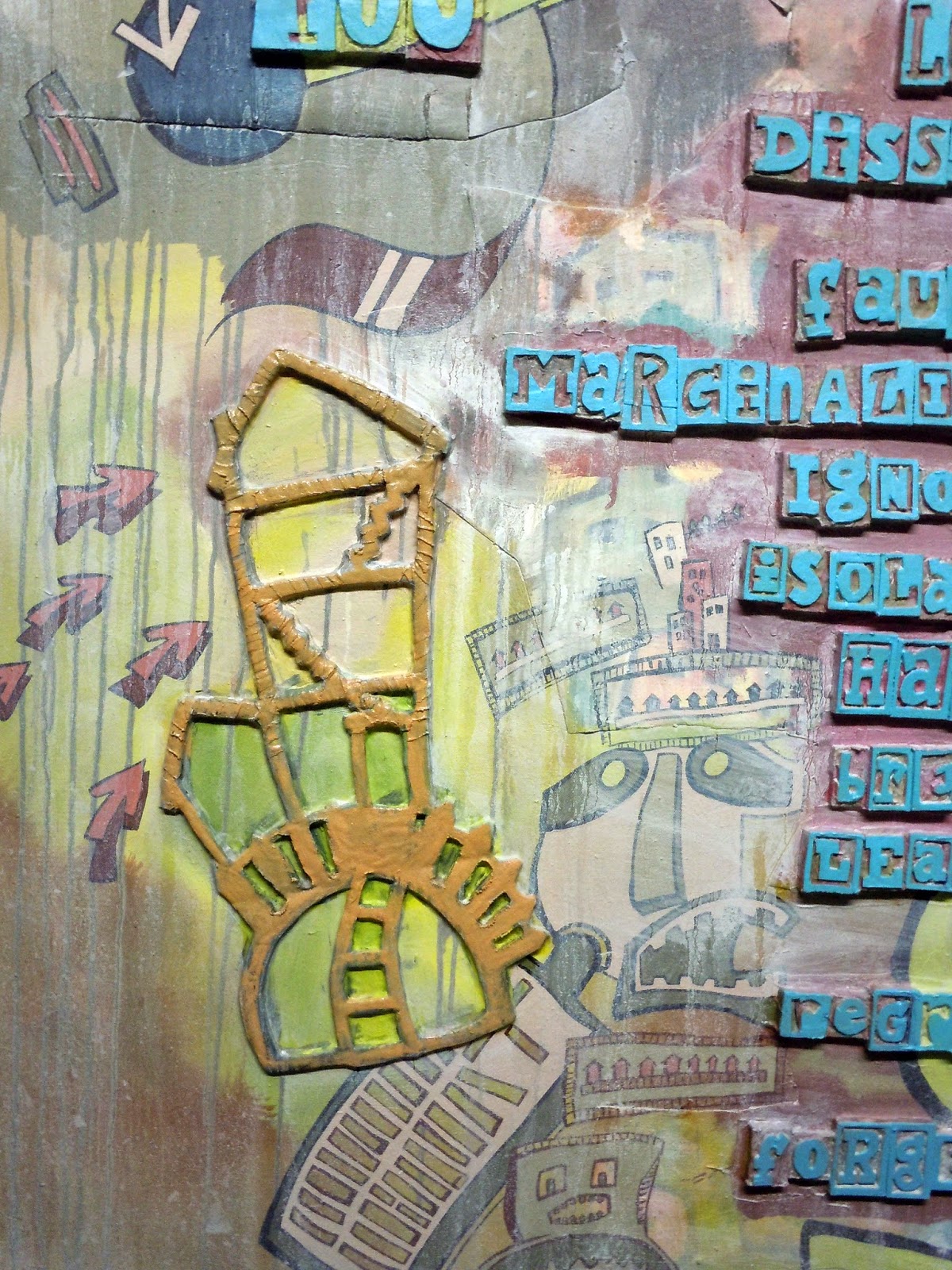 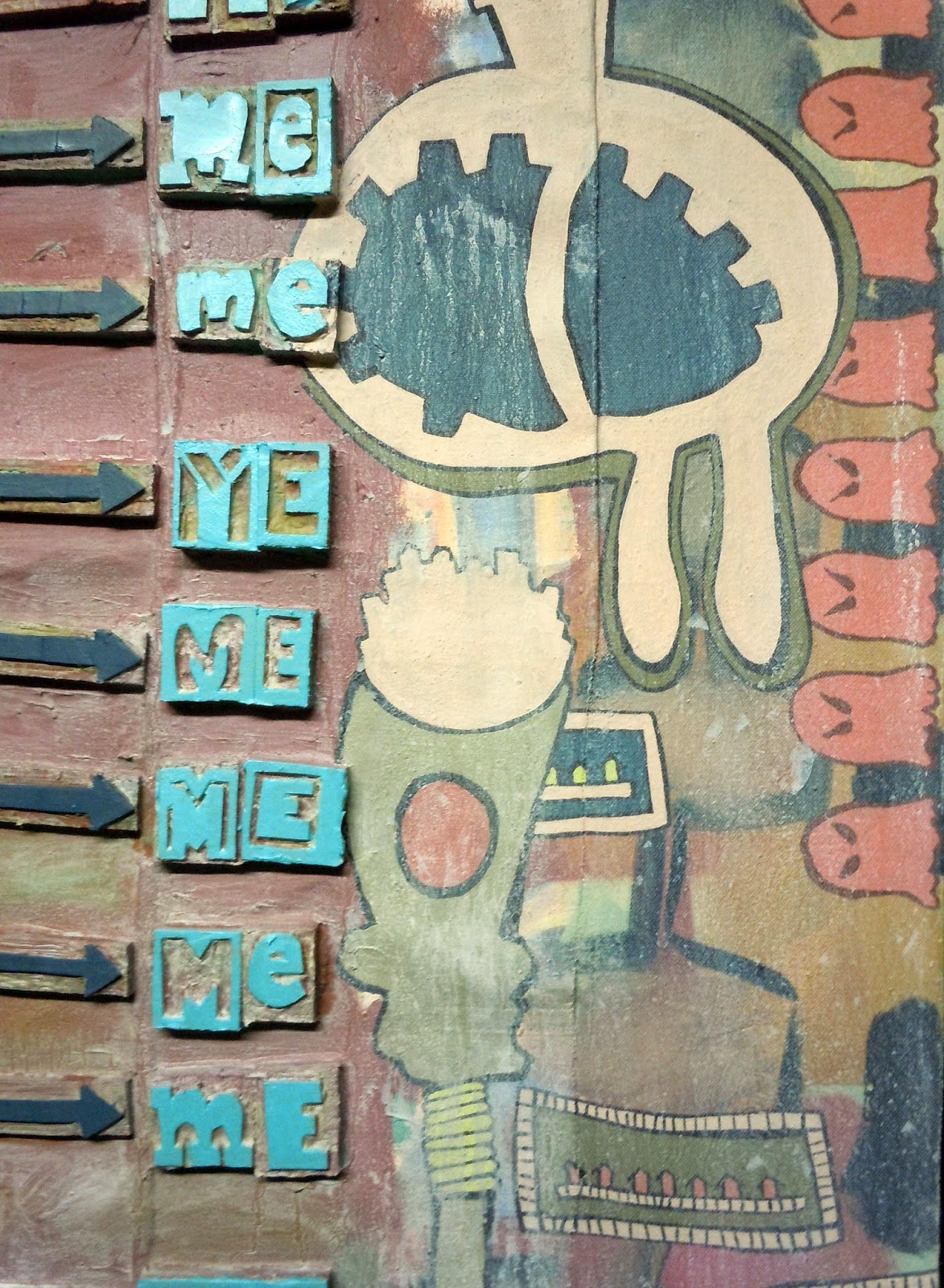 This is what it will look like for the show.  I may or may not add more layers of imagery in the future.  I usually don't know that's going to happen until about 5 minutes before it starts happening. 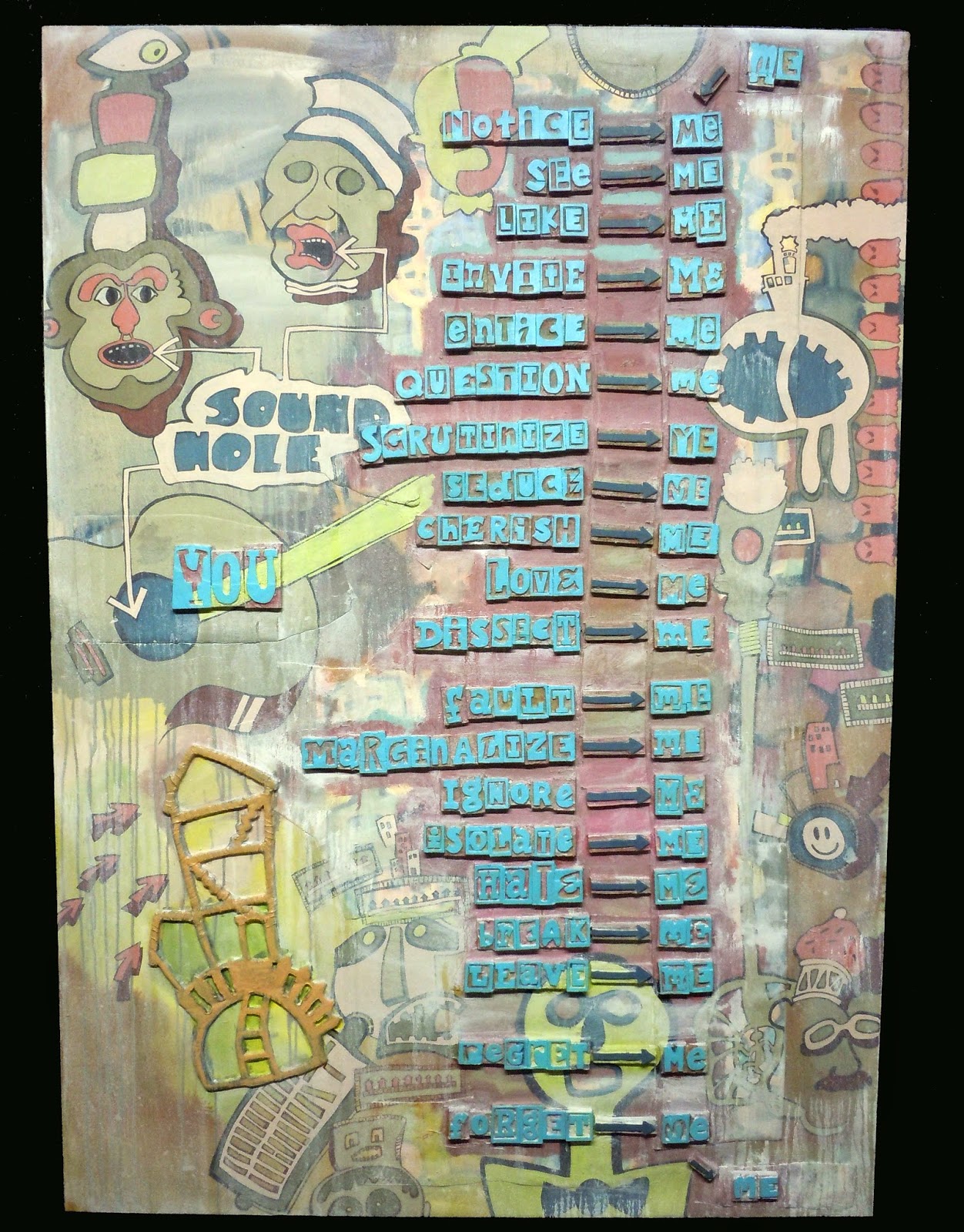 Next time I rework another 'Flowchart' piece....
Posted by Steve Banks at 9:28 PM